Accessibility links
Review: 'Women Destroy Science Fiction!' This month, sci-fi and fantasy magazine Lightspeed features all female authors, as part of an ongoing conversation about what science fiction is, and whether women can write it. (Short answer: Yes!)

Women Are Destroying Science Fiction! (That's OK; They Created It)

Women Are Destroying Science Fiction! (That's OK; They Created It) 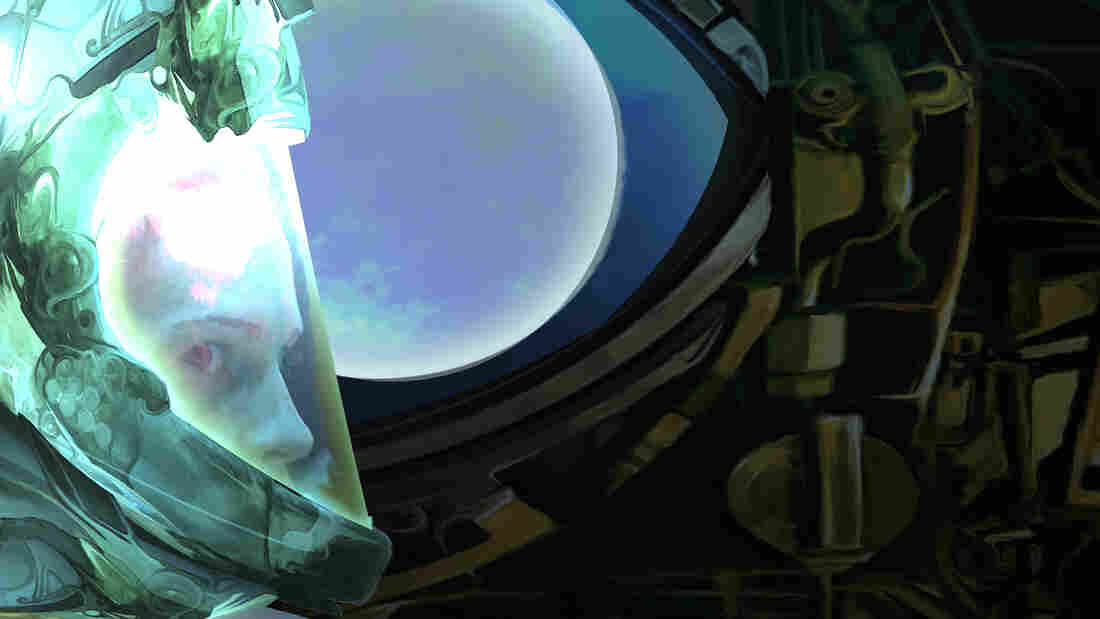 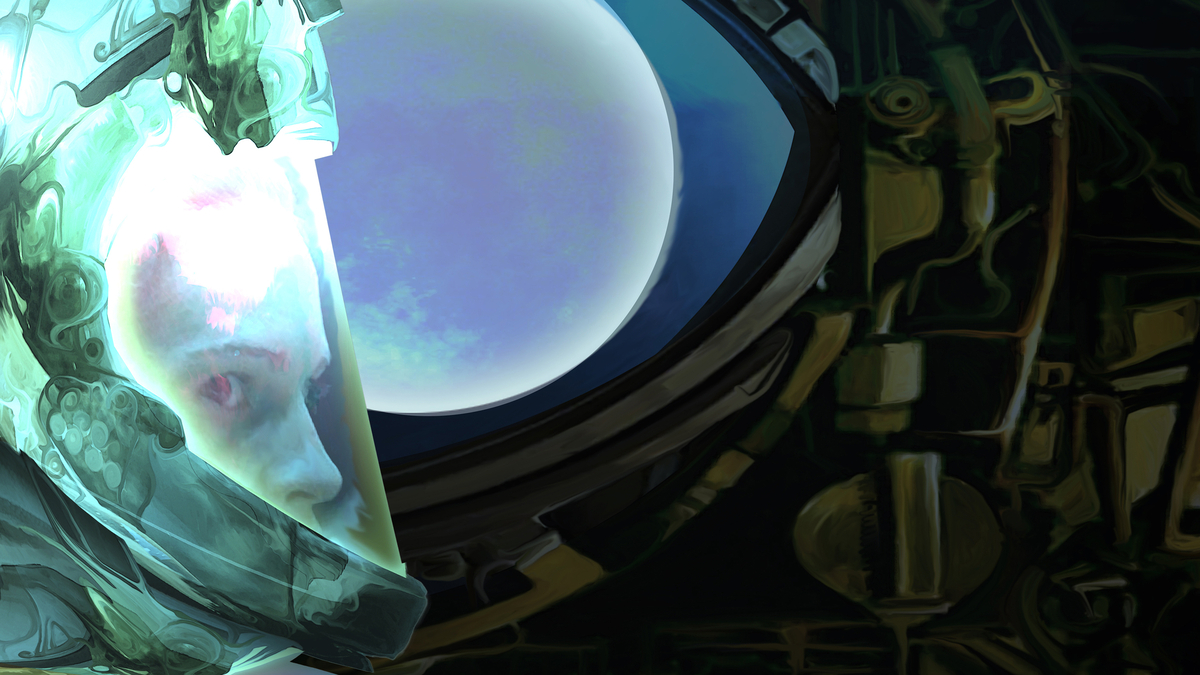 Edited and written entirely by women, this issue is one part of a long, ongoing conversation about what constitutes "real" science fiction and whether women are inherently any good at writing it. It was conceived in part by Lightspeed assistant editor Christie Yant last year, funded by more than 2,000 backers on Kickstarter, and will be followed up by two other special issues: "Women Destroy Fantasy!" and "Women Destroy Horror!" 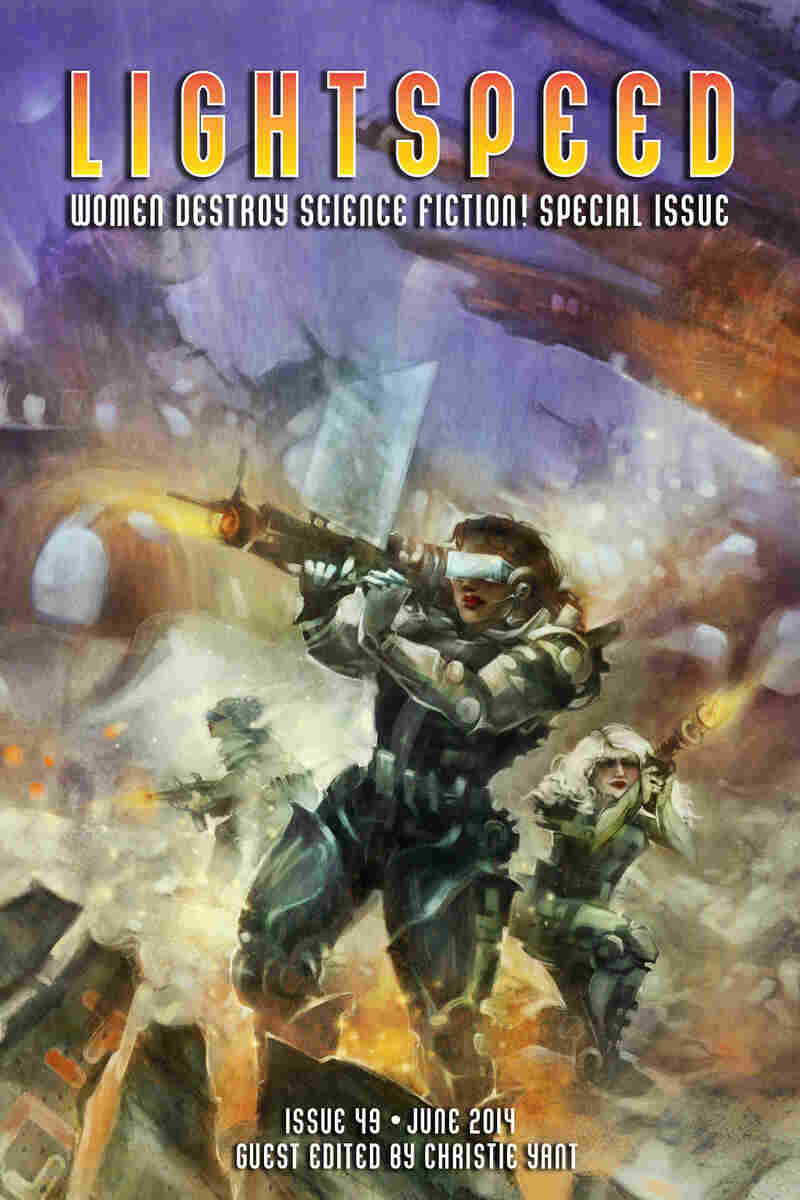 In her opening editorial, Yant quotes a famous speech given by author Pat Murphy back in 1991. "A persistent rumbling that I have heard echoing through science fiction ... says, in essence, that women don't write science fiction. Put a little more rudely, this rumbling says: 'Those damn women are ruining science fiction.' They are doing it by writing stuff that isn't 'real' science fiction; they are writing 'soft' science fiction and fantasy."

Murphy gave this speech over 20 years ago, and yet you can still hear that same rumbling today. The perception that the science fiction that women write isn't "real" isn't as pervasive as it was in the 1960s, but it's just as ridiculous. If you need proof to back up that assertion, all you need do is read this issue of Lightspeed Magazine.

It's more than just an extra-large and particularly great issue of an already good magazine. It's a master class on all the ways in which women are writing — and have written — some of the best science fiction available. Many of the concepts these stories explore are what purists would expect from the SF label: In "Cuts Both Ways" by Heather Clitheroe, cyborg implants create perfect memory recall; Tananarive Due's "Like Daughter" deals with what happens when humans have access to easy cloning; "The Unfathomable Sisterhood of Ick" by Charlie Jane Anders takes place in a future where augmenting and messing with brain chemistry is as common as taking vitamin supplements is now.

However, the authors are less focused on technological changes and more on the relations between people, or between people and society, or changing cultural and gender roles. That's true across the issue.

Beyond hard SF, there are a wide range of speculative explorations, taking place in both the near future and far, on Earth, in space, and on alien worlds. One of the issue's standouts, "In the Image of Man" by Gabriella Stalker, is a near-future dystopia light on technological advances but just as anti-corporation as any cyberpunk classic.

On the other end of the spectrum is James Tiptree Jr.'s "Love Is the Plan and the Plan Is Death," written from a truly alien perspective with no humans in sight; something I don't see enough of in science fiction. There are stories that refuse to stay firmly within genre borders, mixing horror and SF, mystery and steampunk, even Jane Austen-style Regency sensibility and far future tech.

The latter half of the magazine is given over to articles and interviews that continue the conversation begun in the fiction. Here again, the idea that women have been integral to the genre is reinforced — but there's also a big emphasis on the future and how women SF writers imagine it differently. "The stories we read and the stories we tell shape who we are," Pat Murphy writes. They also shape the culture they're born into. Thus, if women keep writing the kind of science fiction they want to see more of, and keep calling it science fiction, the room for that kind of science fiction expands within the genre. Not destroying, just displacing other kinds of SF (the universe is ever-expanding, you know), and existing more prominently beside it.

If your notion of SF is confined to the vision brought forth by the likes of Asimov, Heinlein, Herbert, Sturgeon and Clarke (all fine writers, mind), then the stories within these pages may well seem like destruction. As will such alarming developments as women sweeping the fiction categories of the Nebula Awards. And the way that speakers at feminist SF conventions characterize science fiction as an "exploration of the future and myth and history" and call for more stories that include "the voices, experiences, subjectivities and realities of many."

So are women destroying science fiction? Yes. Women created it, so it's only fair. (Most would cite Frankenstein author Mary Shelley here, but others point out that Margaret Cavendish preceded her.) In destroying it, women are creating a larger space for themselves within science fiction; one filled with their voices, dreams, experiences and realities.

A previous version of this story stated that over 200,000 backers supported the 'Women Destroy Science Fiction!' project. In fact, the number of backers was 2,801.