Accessibility links
Go To Cuba, We Said, But NO Car Pictures. NPR photographer David Gilkey went to Cuba and made images of the one thing his editor told him to avoid: cars.

When NPR photographer David Gilkey was headed off to Cuba to shoot some of our stories, I told him, as his photo editor, that there was one cliché he should absolutely avoid: cars.

He talked about it with weekend host Scott Simon (which you can listen to above). Our conversation was a little different. 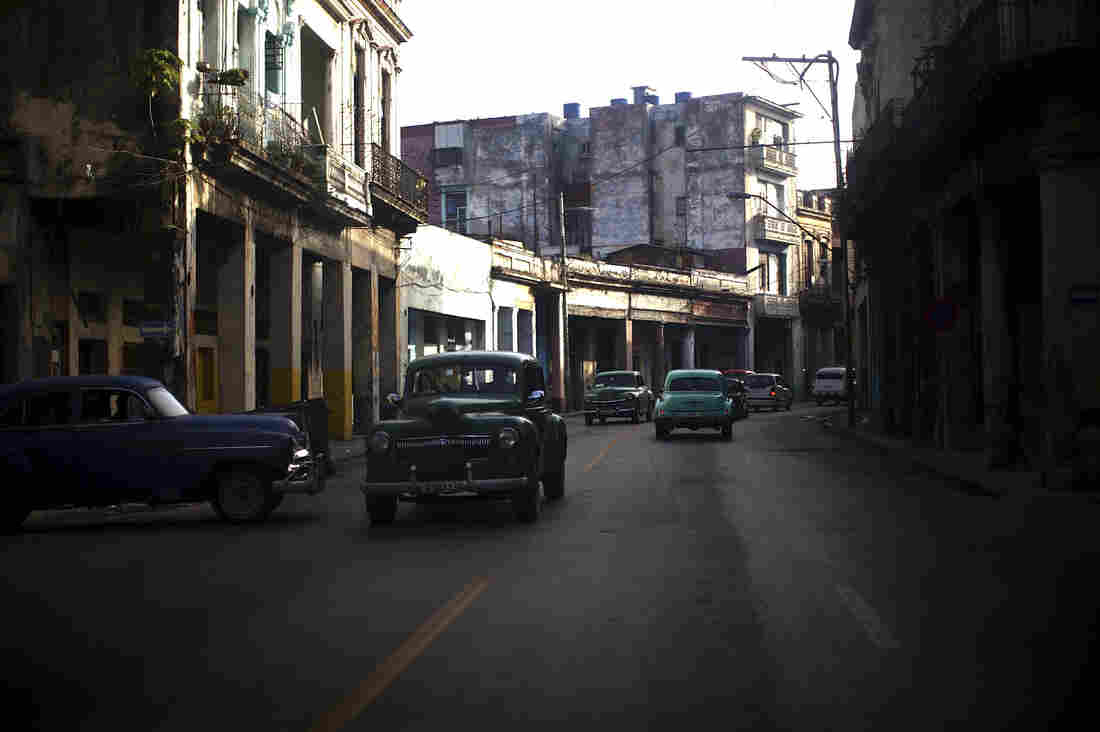 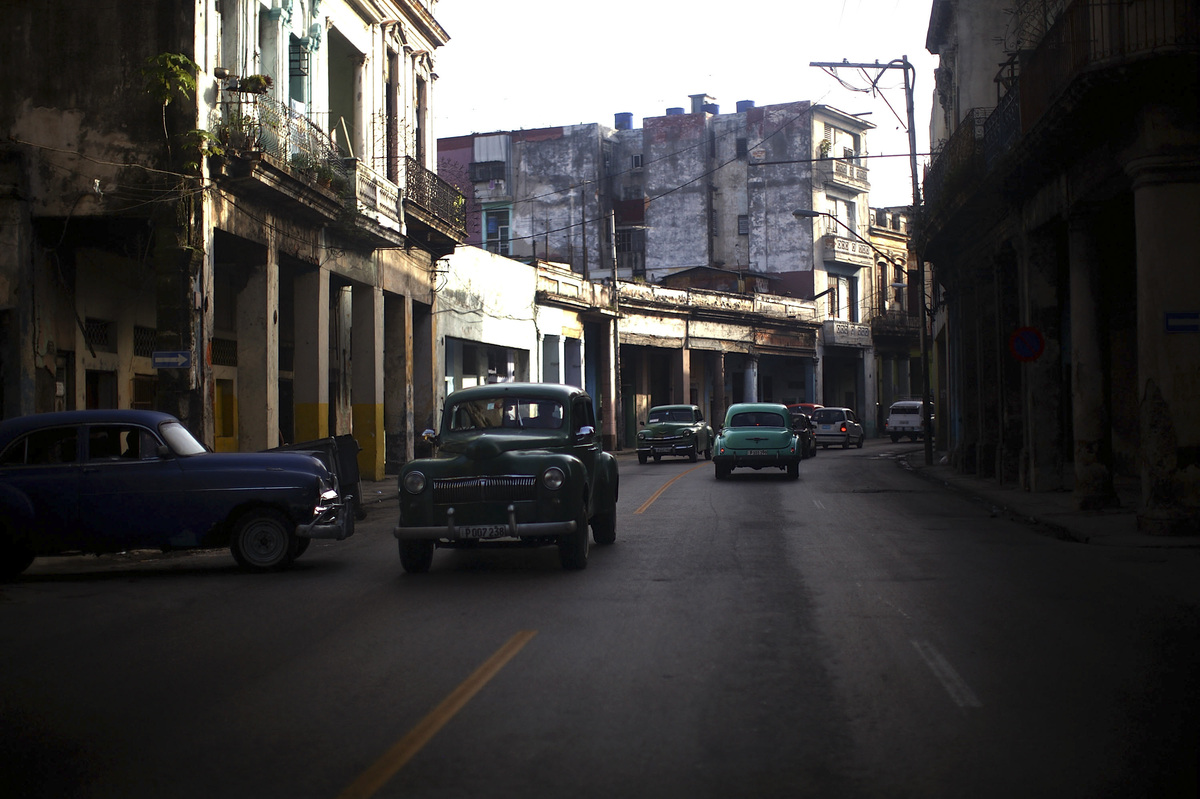 Kainaz: So David, we sent you to Cuba with one very specific directive: No cars. (Well, that and cigars.) Remember?

David: Yes, I remember us doing a Google search of "Havana" and seeing nothing but vintage Fords and Chevys from the '40s and '50s. We laughed because it was absurd. 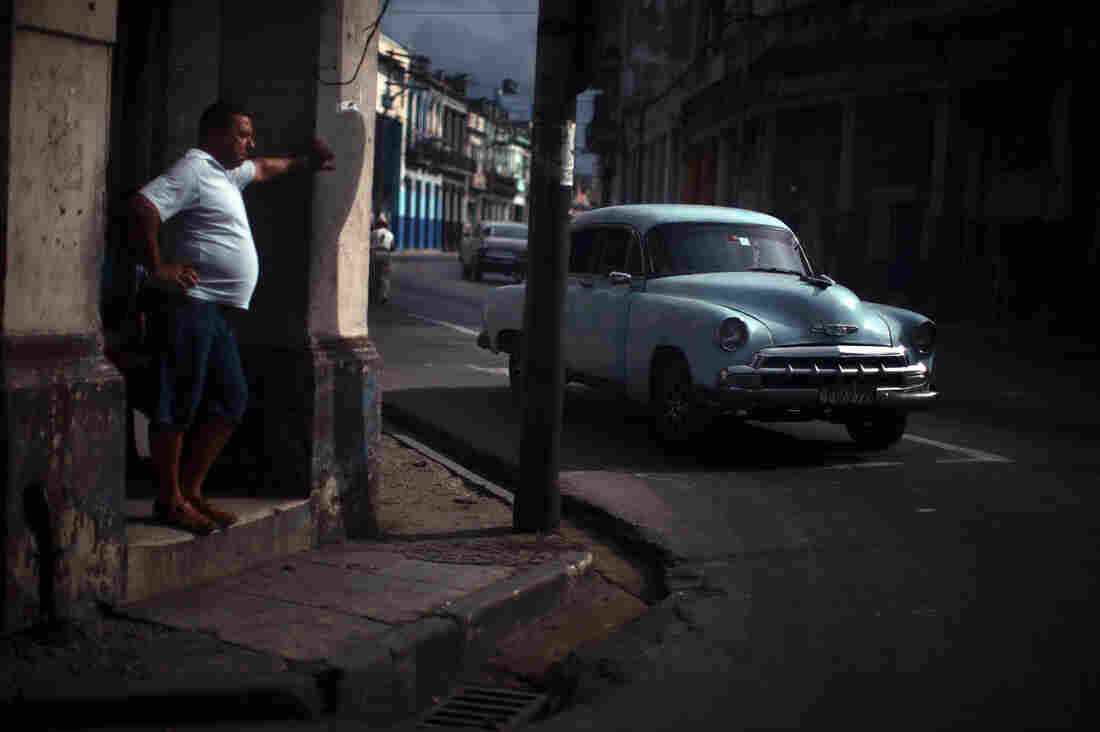 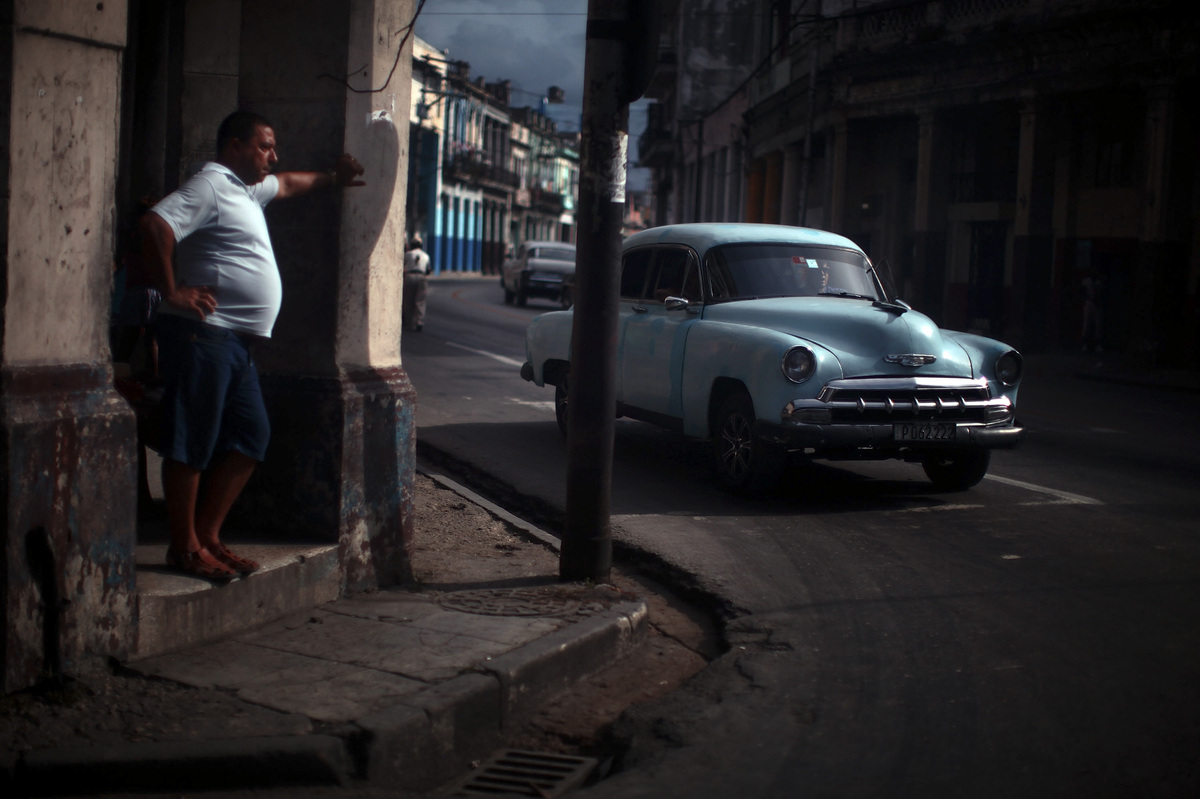 Kainaz: Yes, and I said, under absolutely no circumstances, no matter what, were you to photograph cars. Verboten. Don't even think about it. Don't even look at them! It's like shooting gondolas in Venice. SERIOUSLY, NO CARS. So what happened when you got there?

David: Here's the thing: Cuba's cars are impossible to ignore. It's like seeing a celebrity and trying not to stare. They run through the streets, not so quietly, in bright colors, carrying sometimes half a dozen Cubans from place to place. Maybe you aren't a car lover. Maybe you love bikes. Imagine showing up in a city and almost everybody is riding vintage Schwinns. 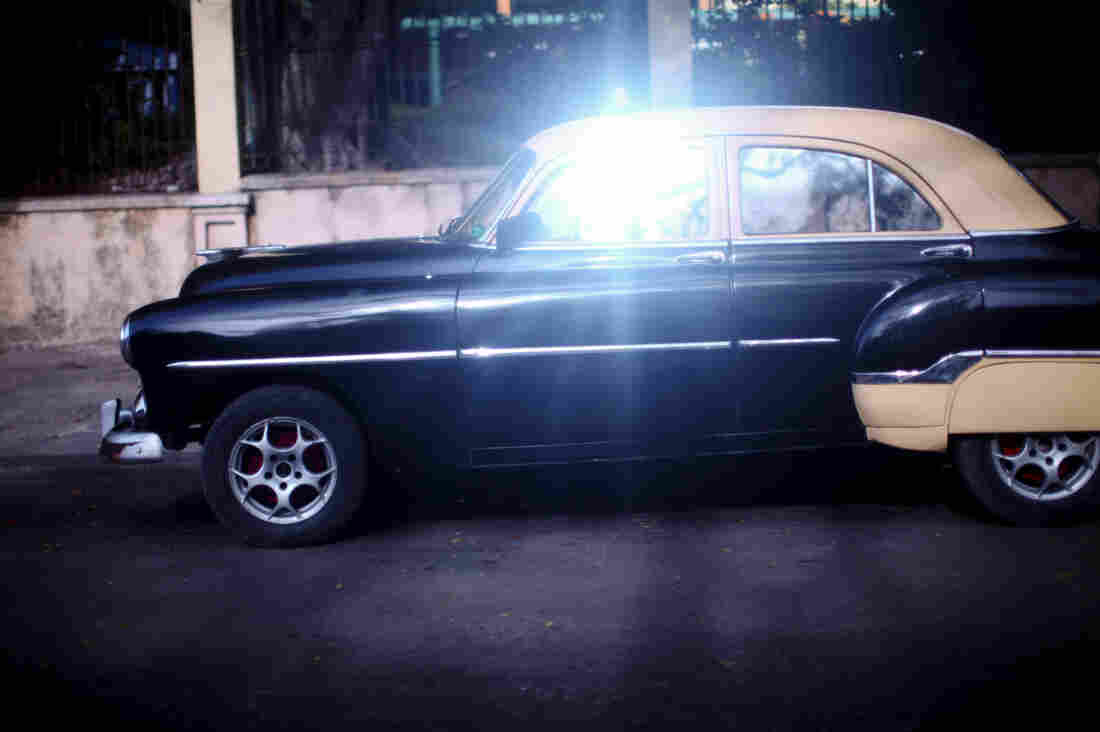 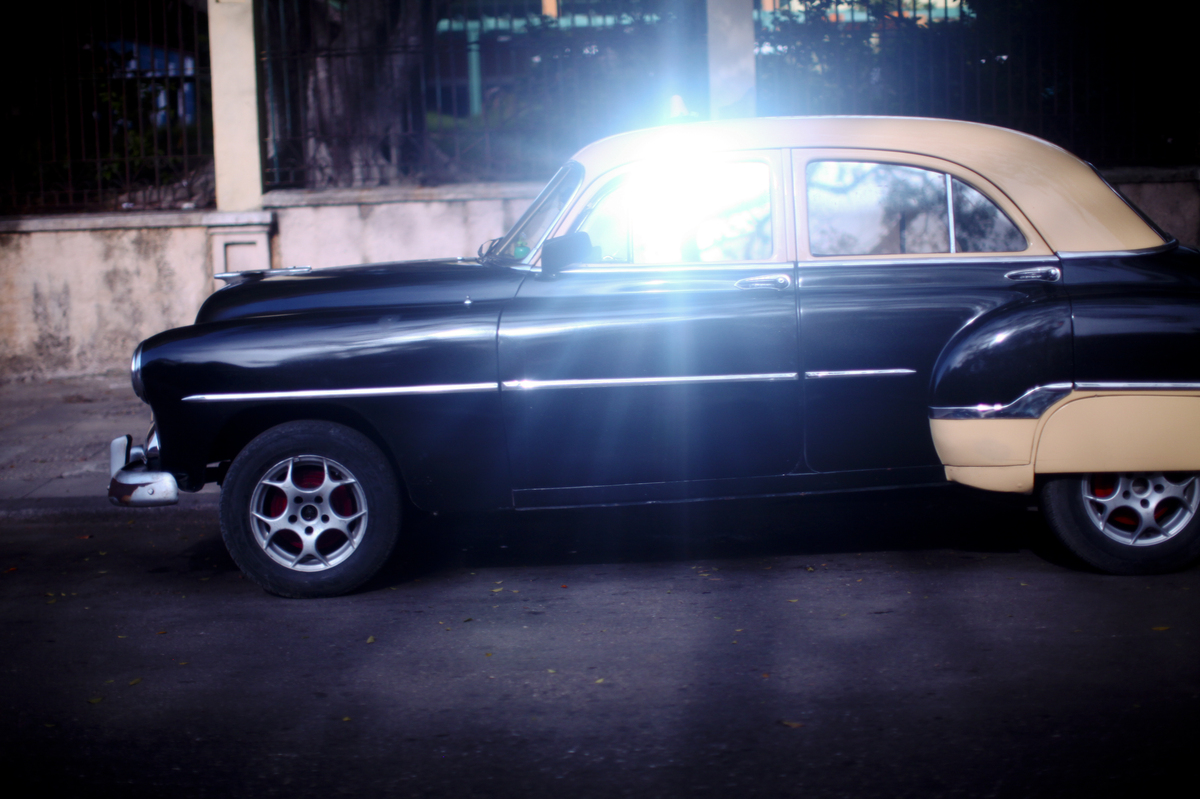 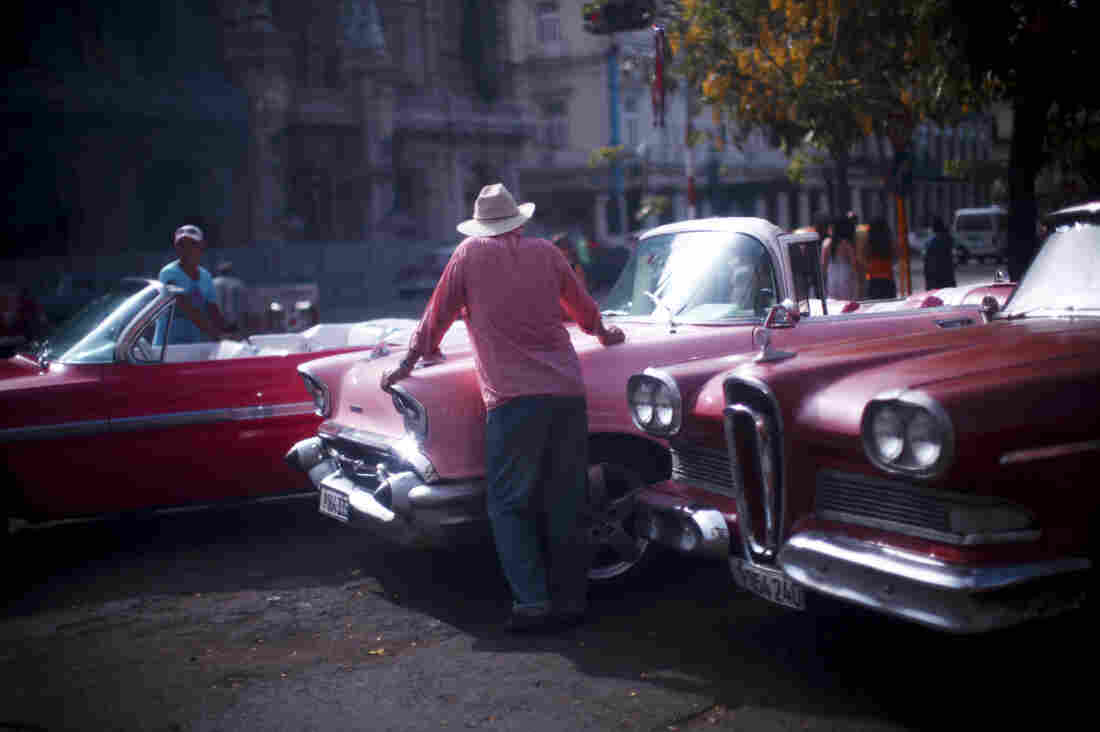 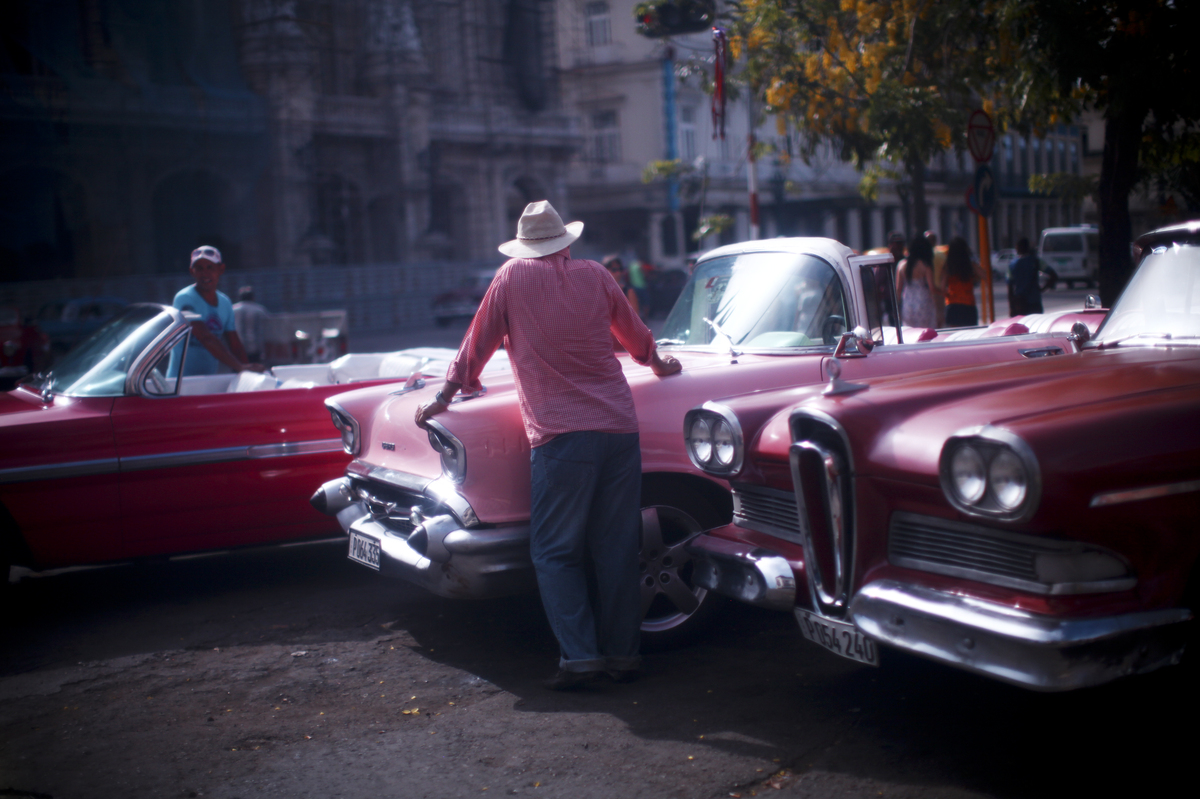 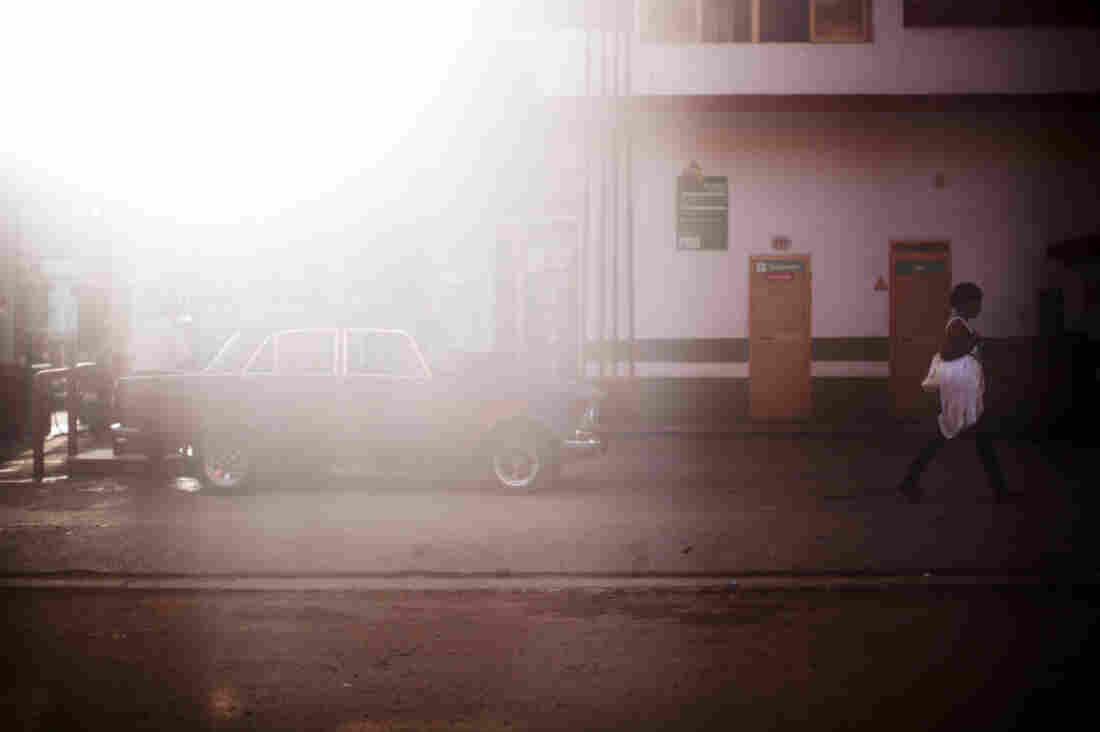 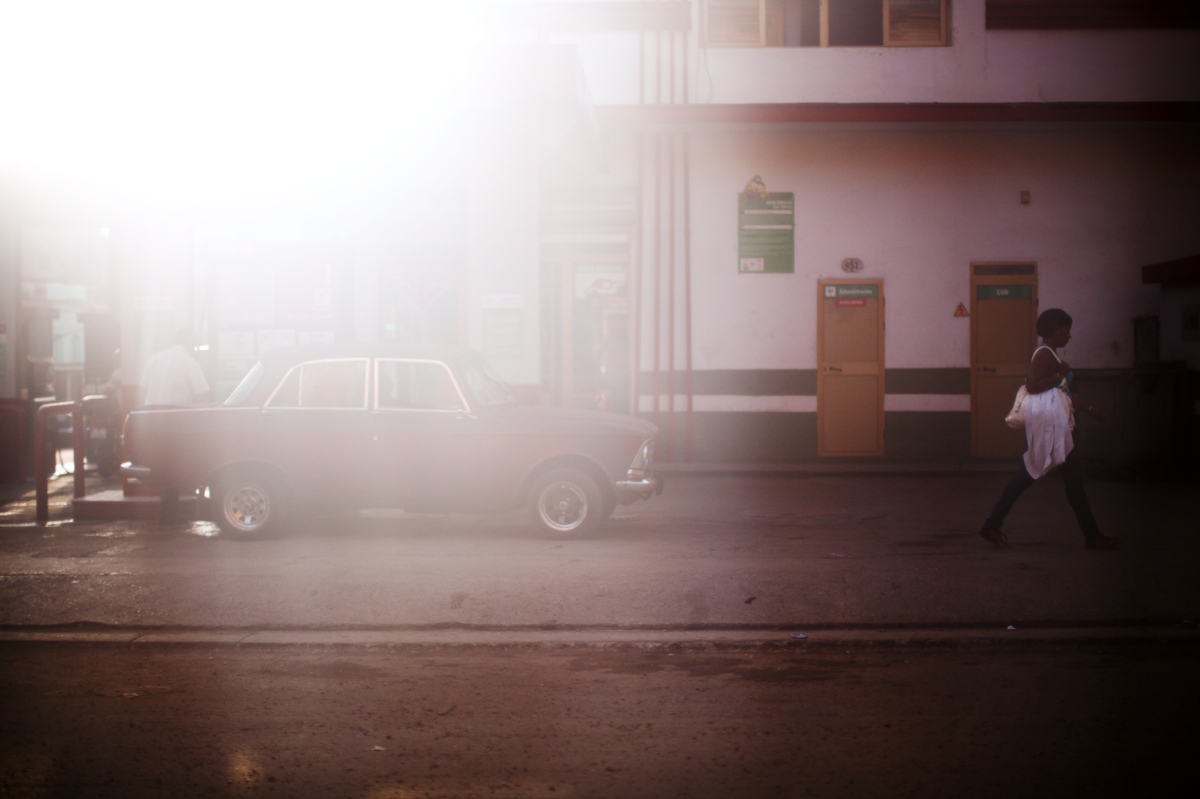 Kainaz: For non-car geeks, though, what's so great about them?

David: These cars aren't just a tourist attraction. They say something about who Cubans are at their core, their ingenuity and craftsmanship, and their will to carry on no matter what. Our visit was sprinkled with little clues of this. You go into someone's house, and the fan has lost its plastic frame, but they still make it function. A mother tells you how much monthly salary she makes, and somehow she makes that stretch to feed her family. Nothing is thrown away, everything is rejiggered to function.

For Cubans, cars are a matter of necessity. It's not just about looking good (which they do). It's about function. I call them "Frankencars." The original motors are sometimes replaced with Mercedes Diesel engines, or the interiors are stripped and reupholstered over and over again. The hubcaps and wheels are handmade. They are fixed on the street among neighbors and friends. 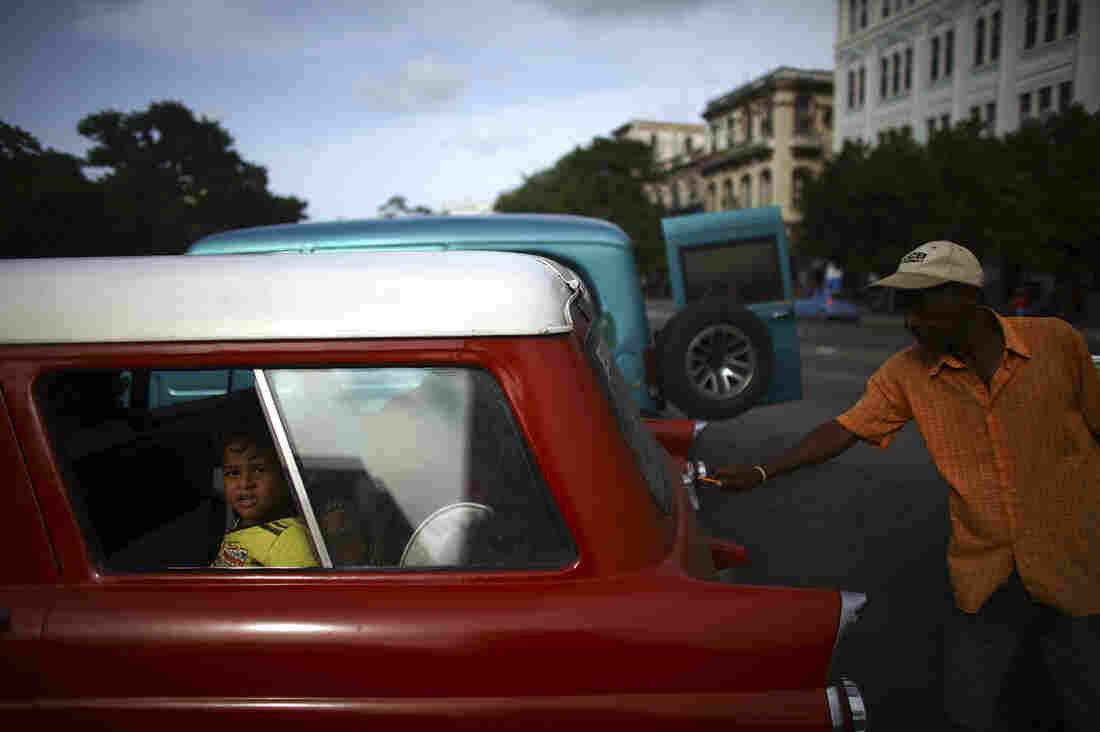 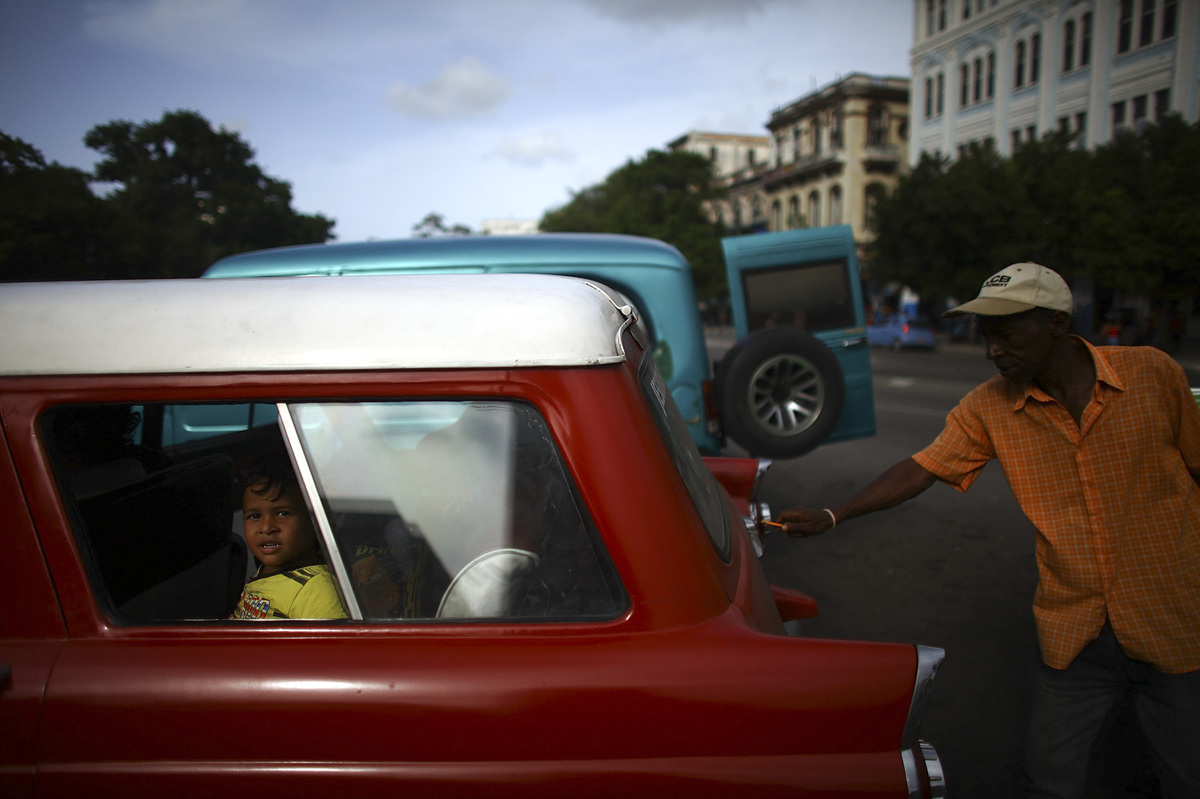 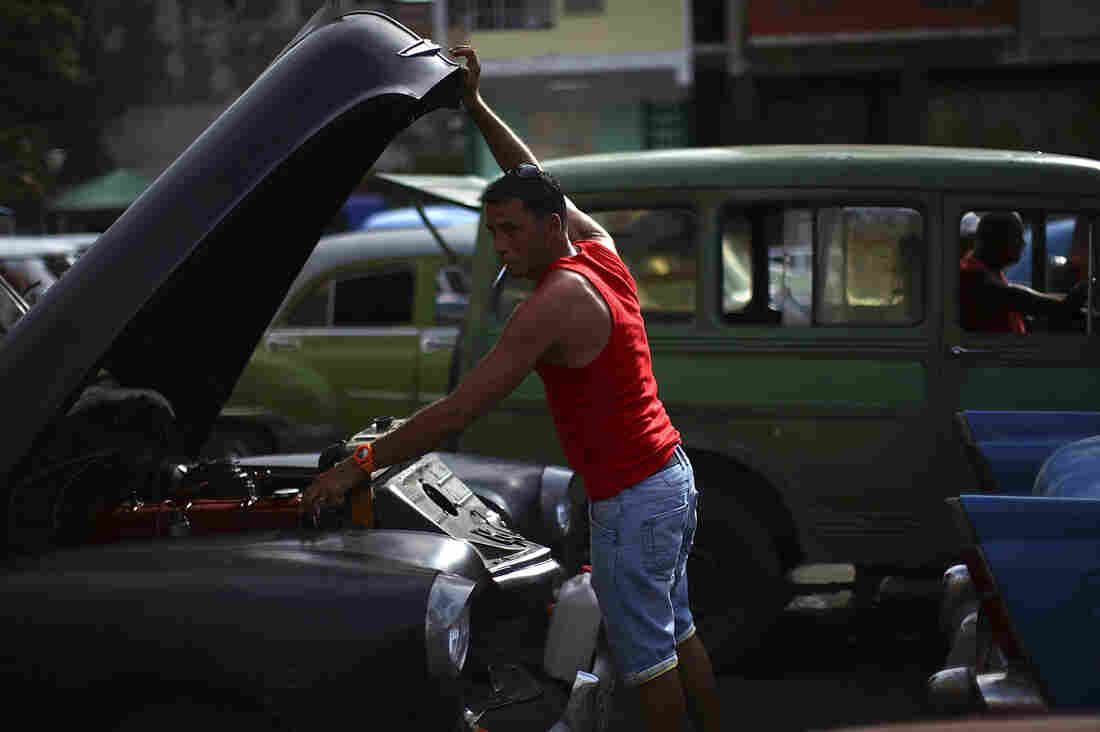 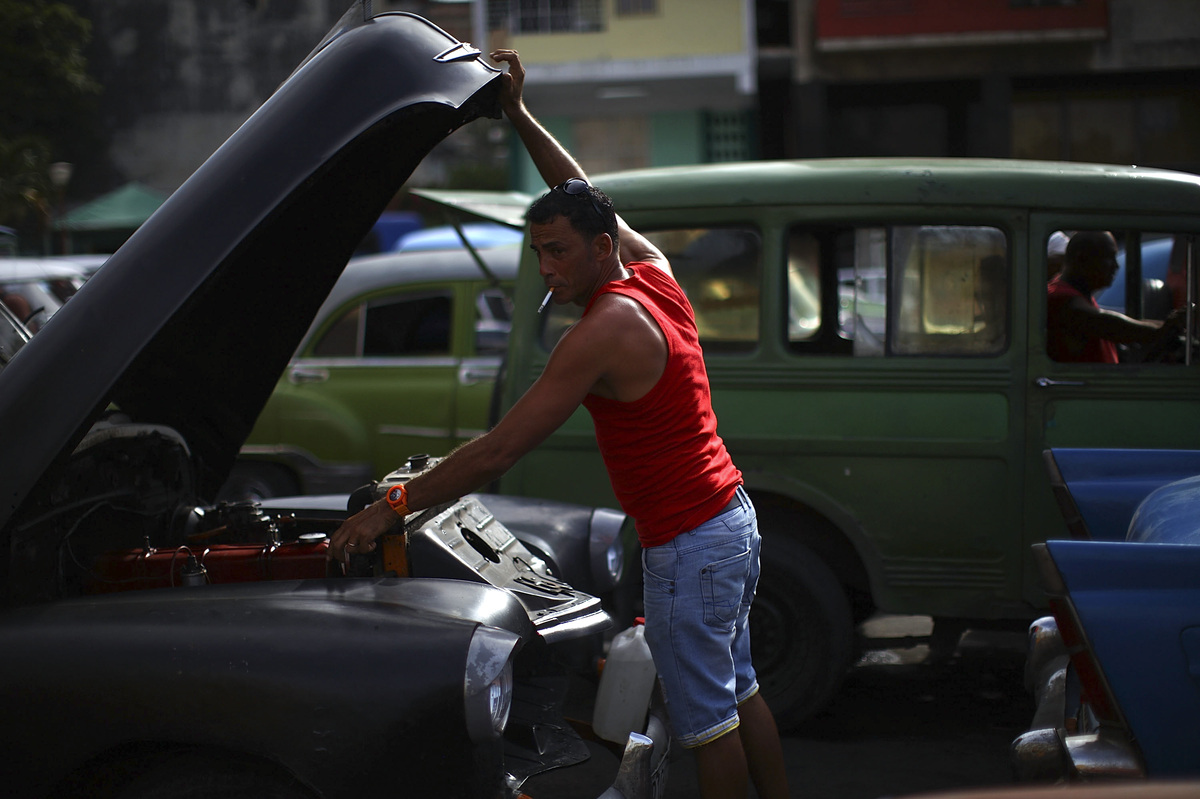 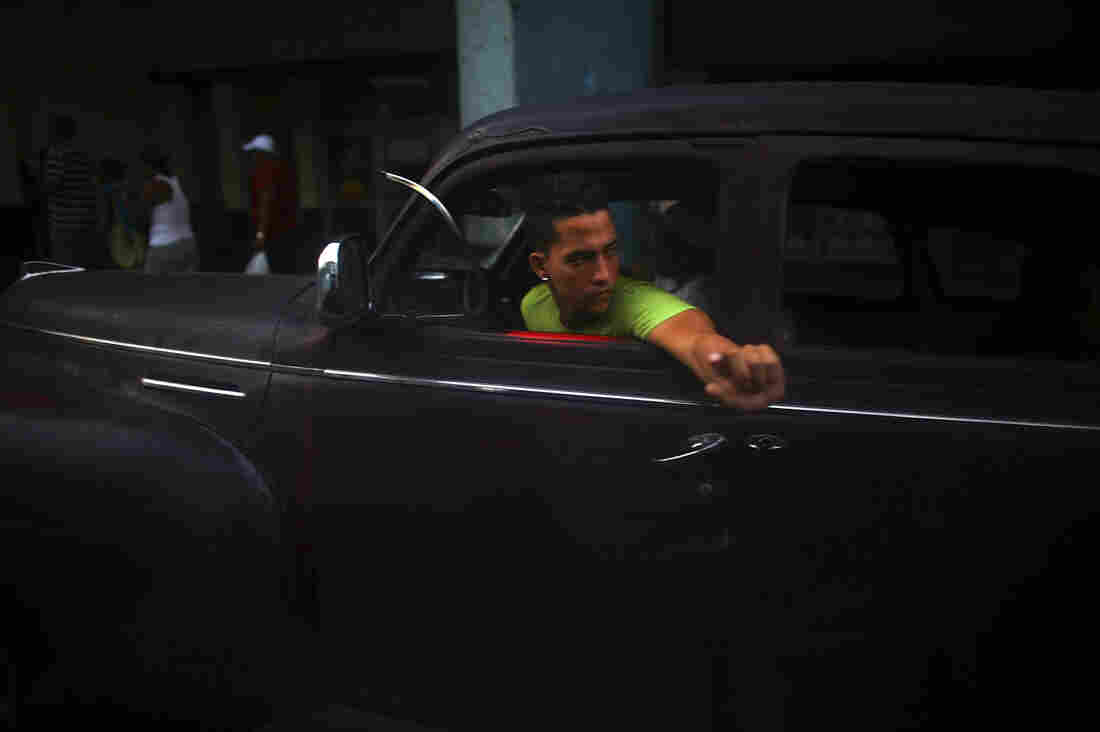 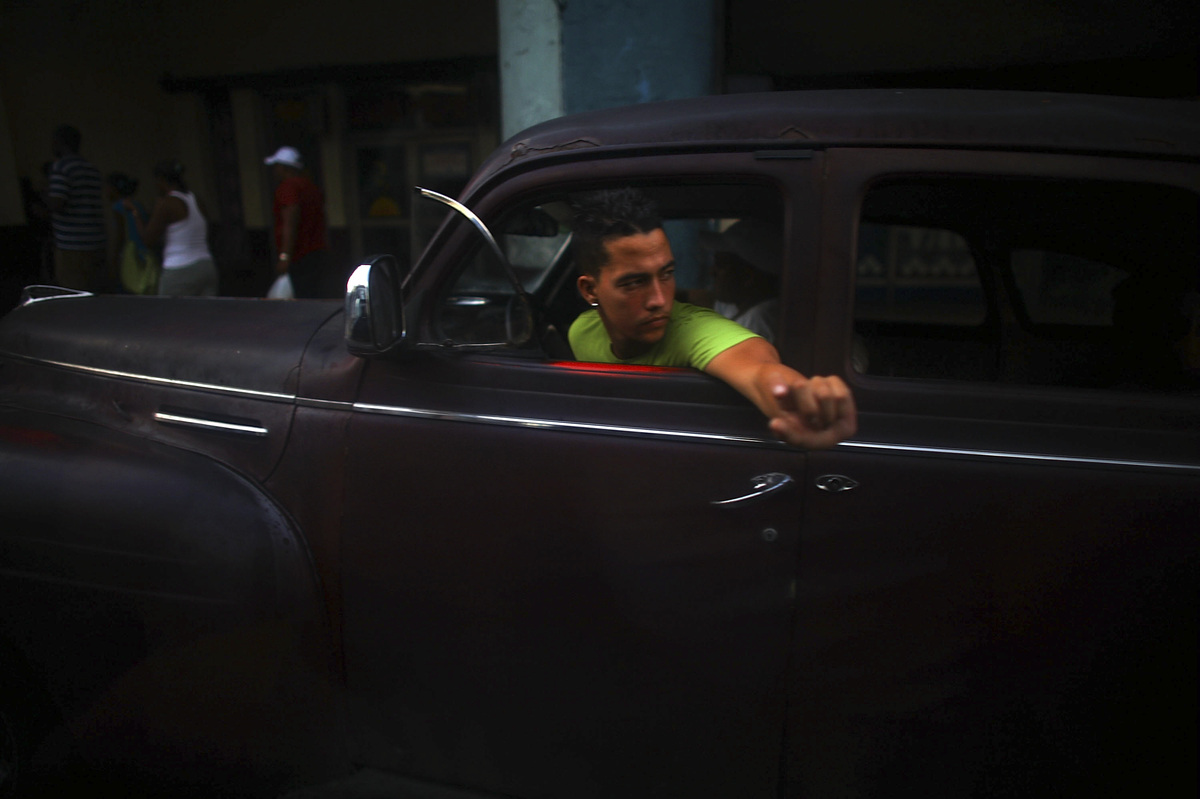 Kainaz: I get that. I loved my Honda Civic, whose name was Miles, and I only had him for five years.

David: Seriously. Cars in Cuba are rarely sold. They are handed down like family heirlooms.

But, as beautiful as a 1956 Chevy is, nobody wants to be stuck in 1956 forever. If you've been following our reporting, it seems like some economic reforms might bring some upgrades — albeit slowly and with bumps. Kinda like a Cuban car. 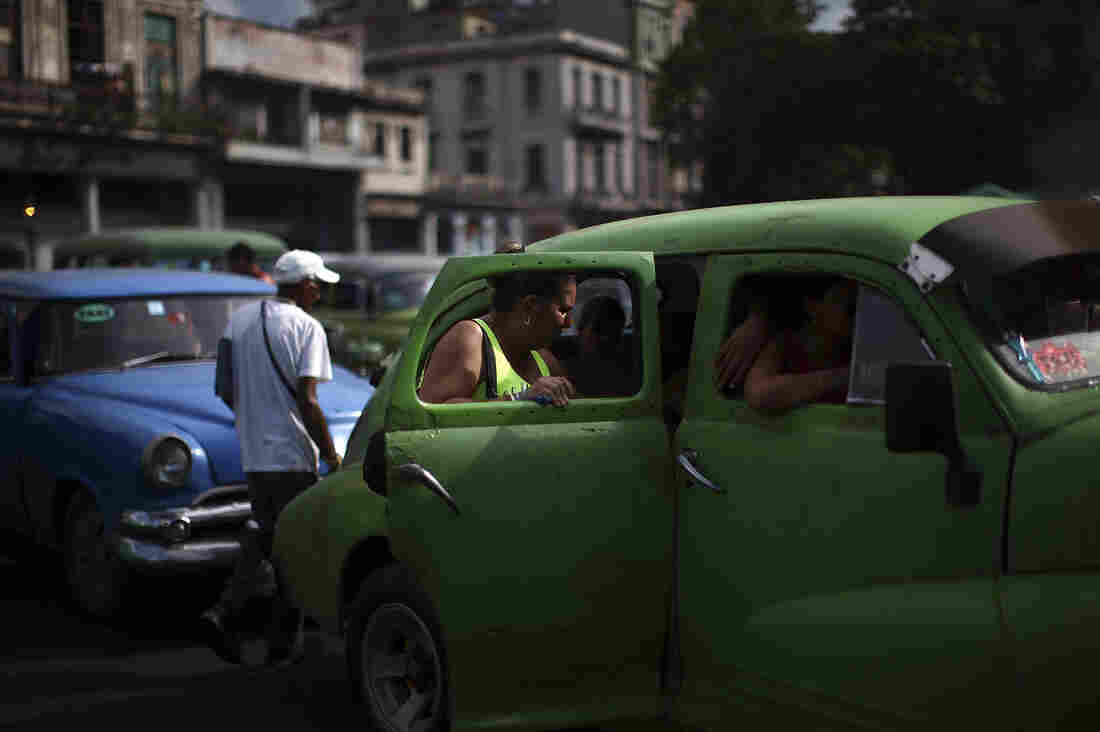 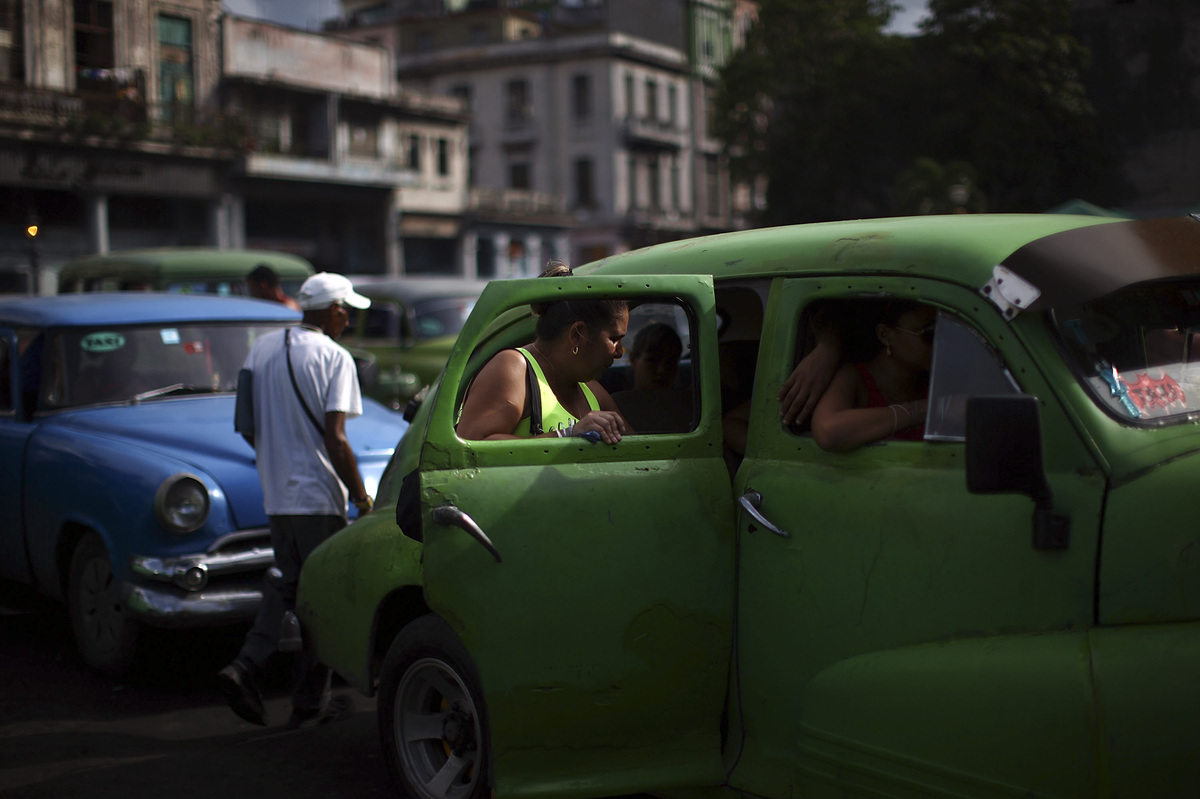 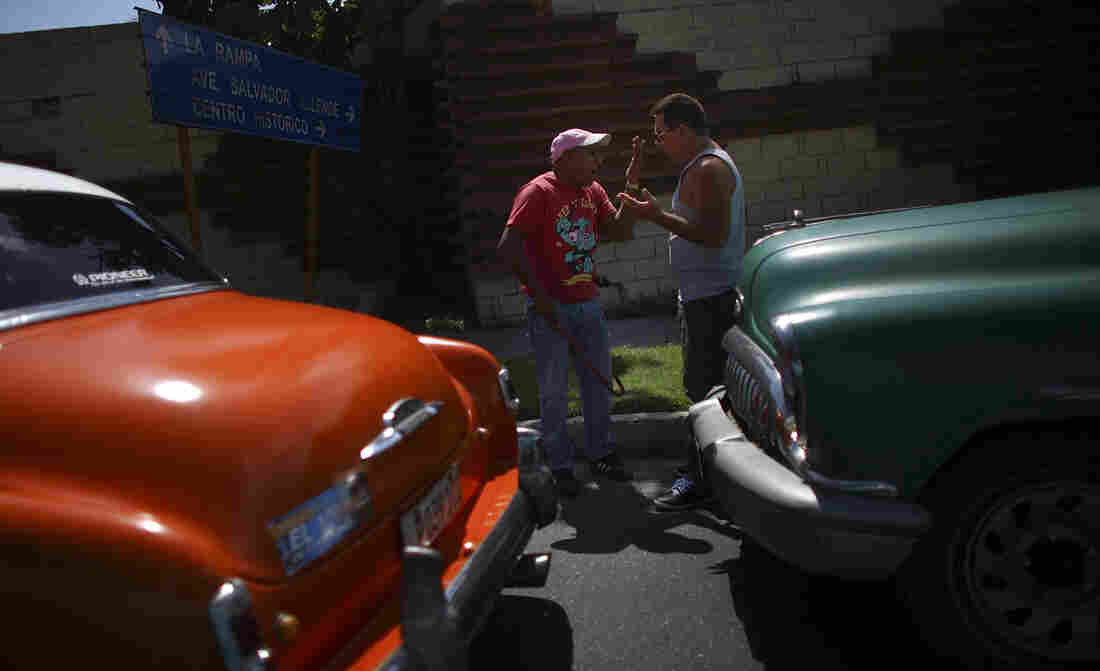 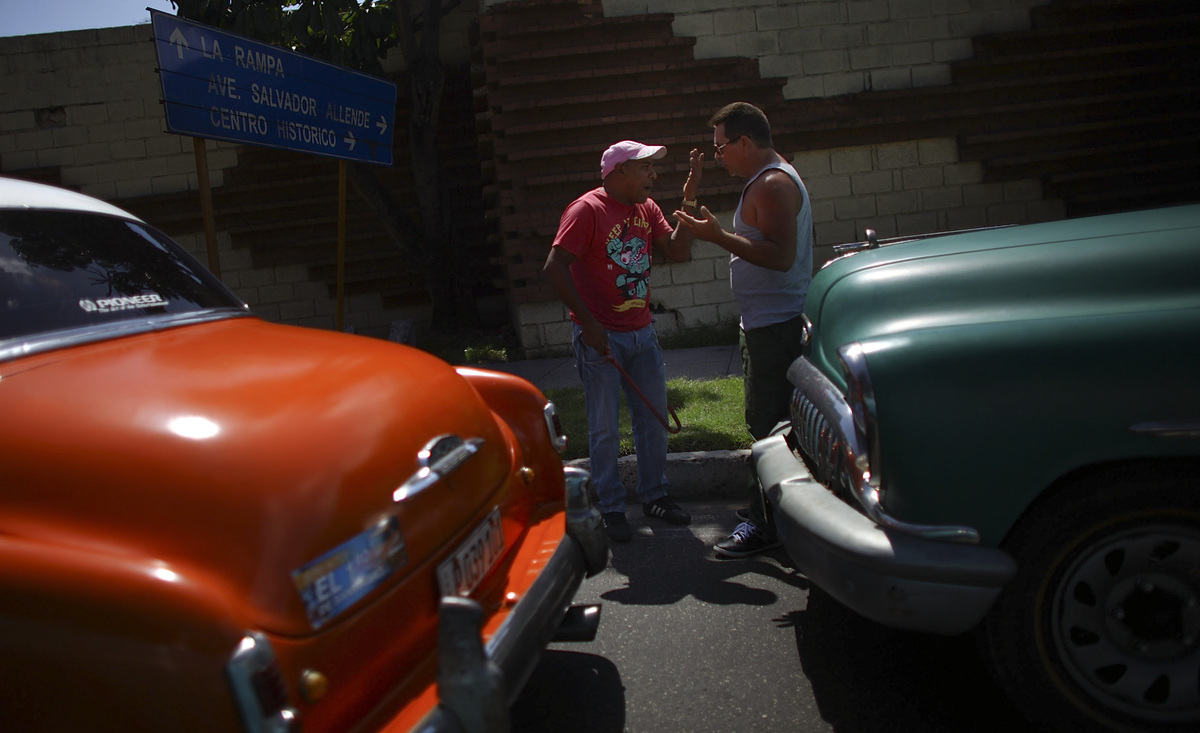 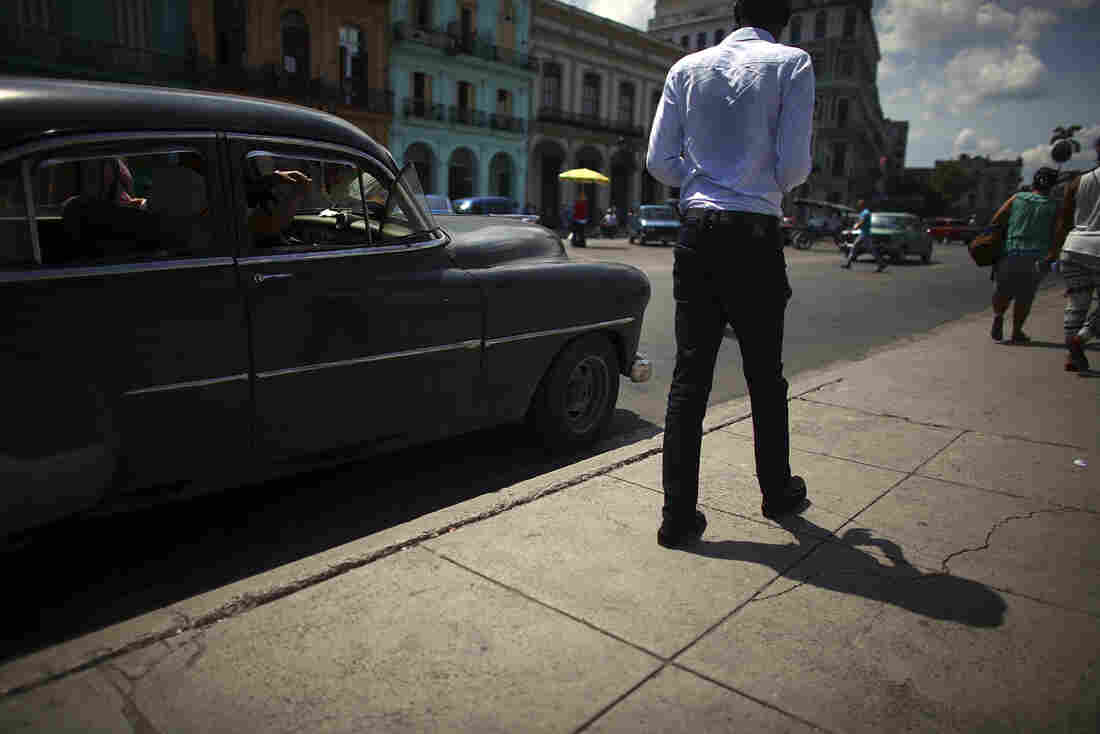 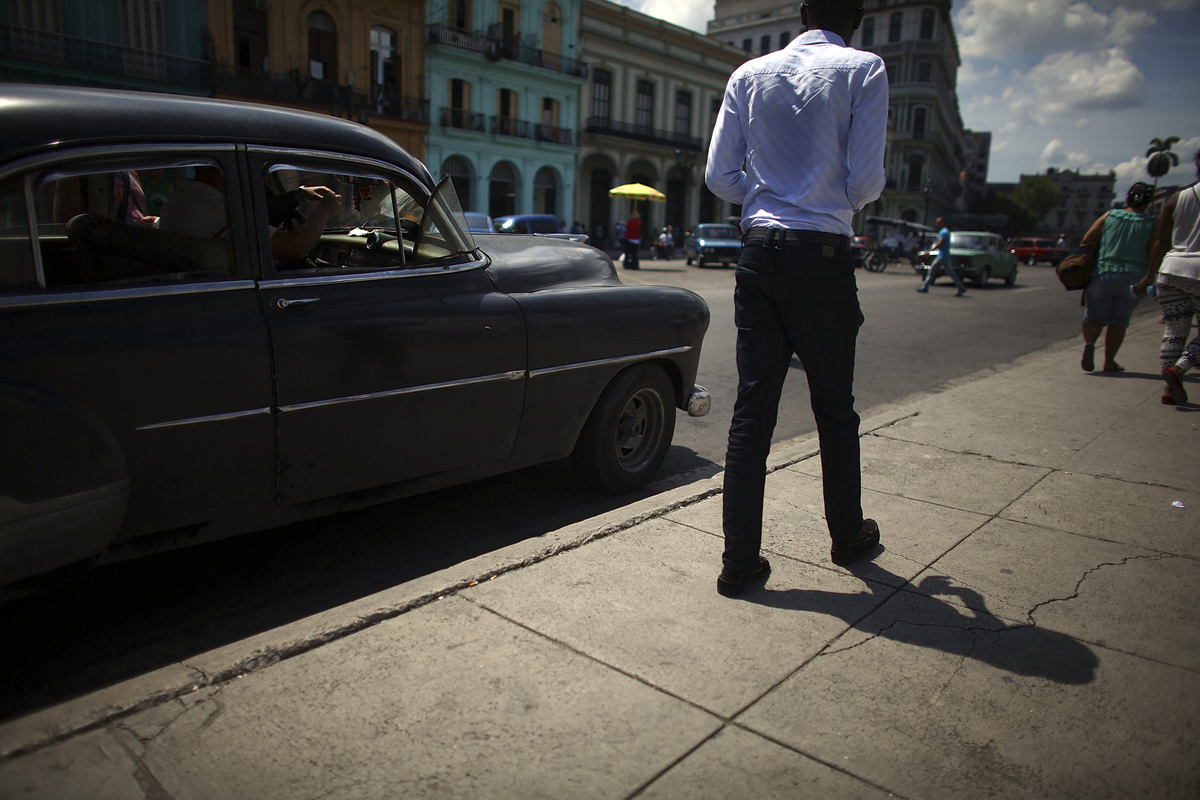 Kainaz: Dare I ask ... which is your favorite photo and why?

David: The wiener dog crossing the street in front of the car! I don't know why, but the dog somehow goes perfectly with the car. 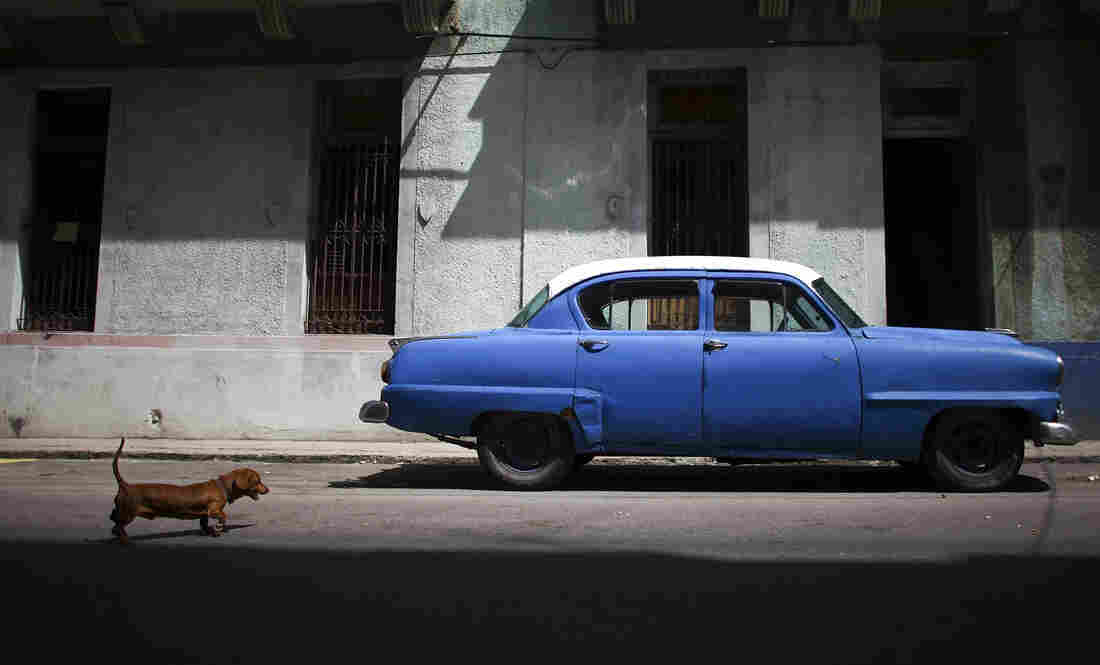 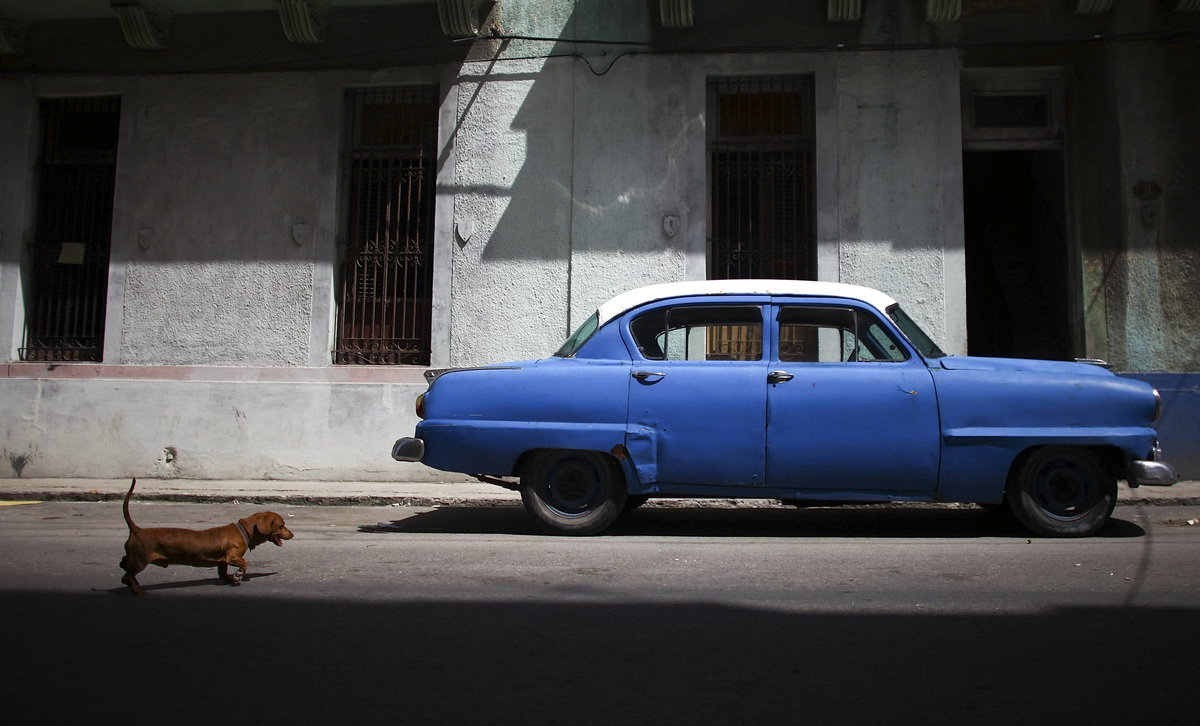 Kainaz: Thanks, David. And thank you for not photographing any cigars. You didn't, right? 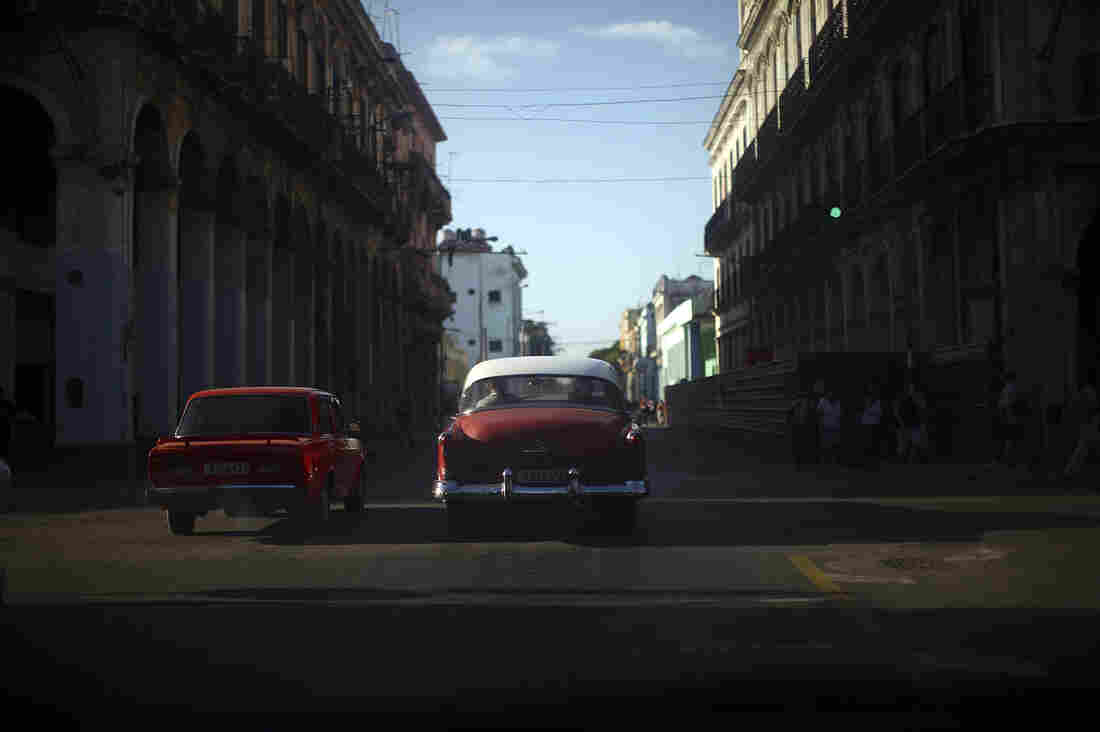 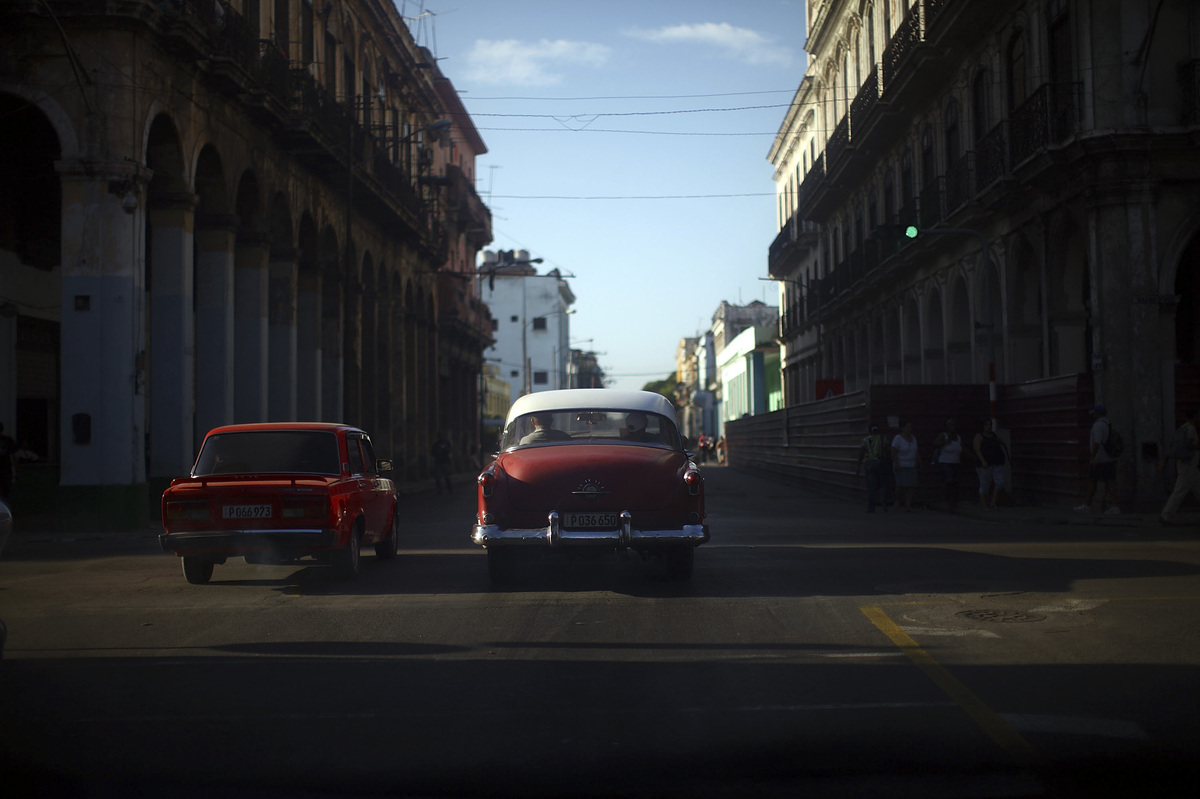