Accessibility links
Housing Market Fake-Outs Stump Economists More than six years after the housing crash, the housing market may be better-than-dismal, but the slog back to normal is still disappointingly long and slow. 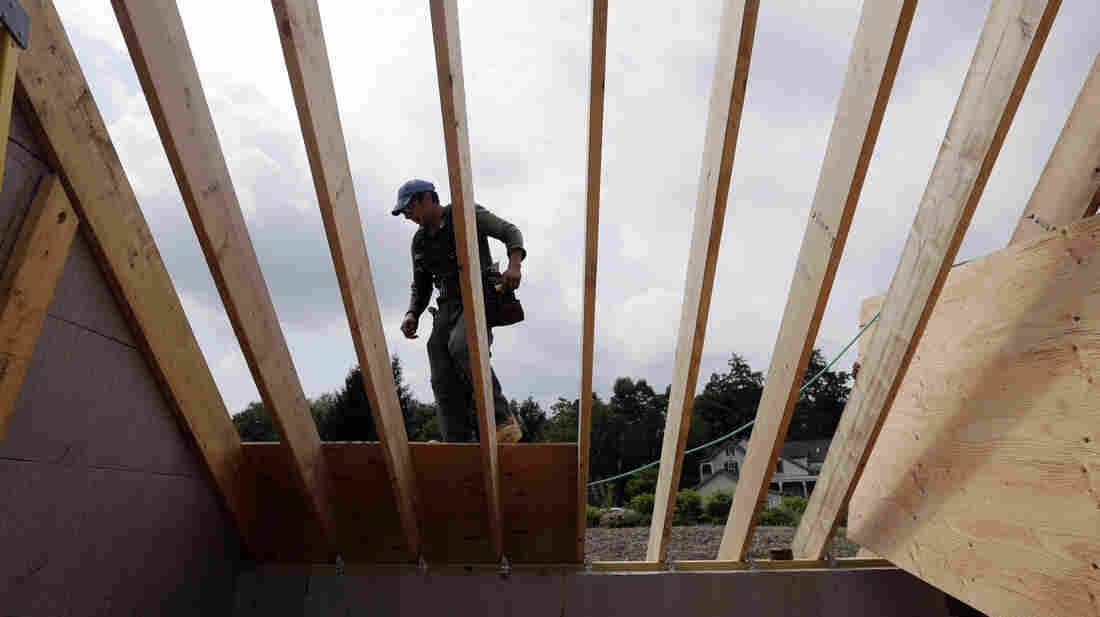 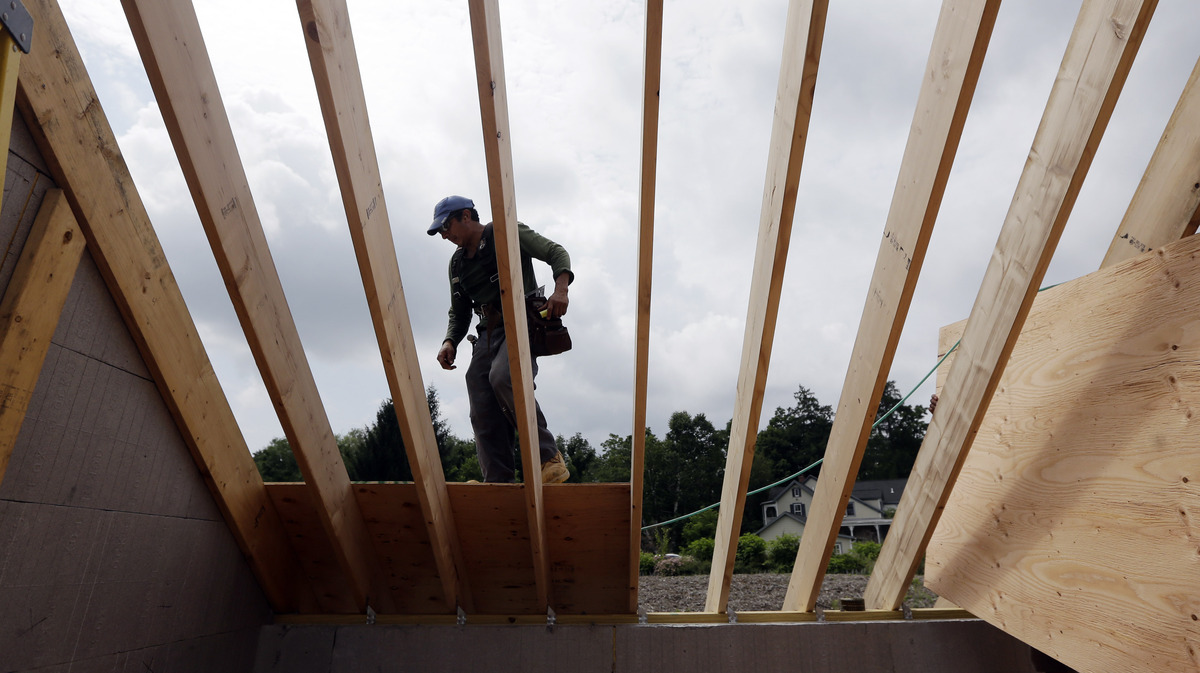 Homebuilding remains slumped at levels not seen since WWII.

Many homebuyers have been throwing down cold hard cash for their entire house purchase in recent years. Some are baby-boomers who sold a bigger house and are downsizing. Some are investors. Others are from outside the U.S.

"Top of the list in terms of cash sales in the first quarter was Florida, with 64 percent of all sales going to cash buyers, followed by New York, 59 percent; Alabama, 56 percent," says Daren Blomquist, vice president of RealtyTrac, which did a study on cash purchases.

Many housing economists, however, think the numbers in that study are overstated — which suggests that even some experts aren't certain about exactly what's happening.

More than six years after the housing crash, economists are still trying to figure out what exactly is going on with the housing market.

Many feel it's too hard for people to get mortgages, and say that's partly why sales are sluggish. Homebuilding remains slumped at levels not seen since World War II.

"Where are we in this recovery is a key question," says Chris Herbert, research director at Harvard's Joint Center for Housing Studies. The center just released a major report on the state of the market.

"Housing traditionally plays a very strong role in driving the economy out of recession," Herbert says. "Here we are six years later and it's still yet to do that, and the economy as a result is still not really on very strong footing."

"Over the past year," he says, "the housing market threw us a double head fake."

The first was last spring and summer. Interest rates had fallen to very low levels, and that helped to juice up the market. Sales picked up, home prices rose, and it finally looked like the housing recovery that the economy had been waiting for.

"That led to expectations that housing really was starting to find another gear and play that role," Herbert says.

But interest rates rose and home sales cooled. Then, the second head fake: The long, cold winter put a damper on housing and made the market look even more dismal than it actually was, Herbert says.

Now, he says, the markets may be settling back into a better-than-dismal — but still disappointingly long and slow — slog back to normal.

Another factor slowing the recovery is tight credit, says Mike Calhoun, president of the Center for Responsible Lending. He says lenders are being too cautious, keeping many first-time homebuyers out of the market — even though interest rates are low, which would make housing in most places affordable.

"One of the ironies is it's a good time for people to buy houses, but they can't get the credit," Calhoun says.

Another problem: Some would-be buyers are beat out on houses by cash purchasers while they wait for mortgage approval. That's doubly frustrating to people who want to buy but are forced to rent, because rental costs have risen in recent years.

"So while we used to think about affordability as something that affected low-income families, it's really moving up the economic ladder," says Lisa Sturtevant, director of the D.C.-based Center for Housing Policy. "Middle-class families are having a hard time finding housing they can afford."

The report found that half of all renters in this country now pay what the federal government considers unaffordable rents — more than 30 percent of gross income. More than a quarter of all renters are paying more than half their income on rent.