Accessibility links
NPR Music's 50 Favorite Songs Of 2014 (So Far) Our 50 favorite songs from the first half of the year offer many different pleasures and got stuck in our heads for different reasons, but they all managed to become essential. 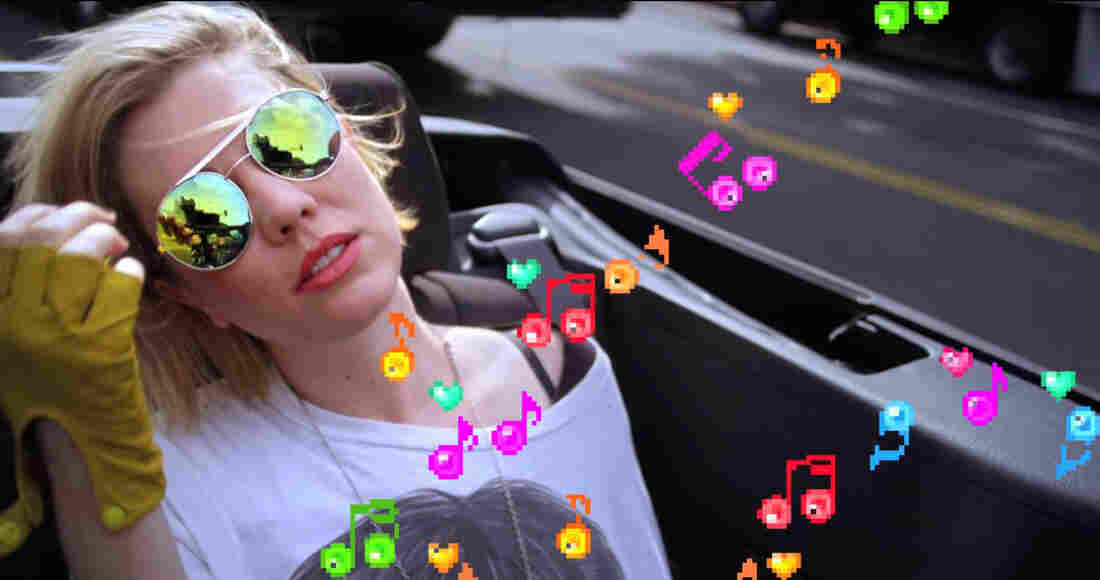 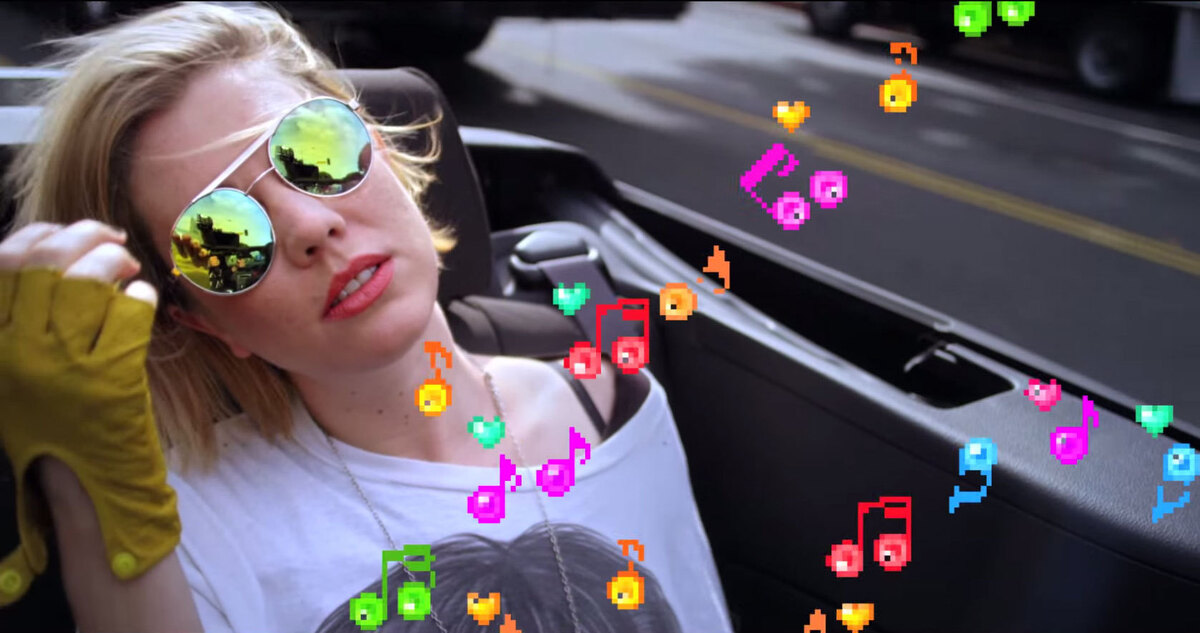 Songs announce themselves as essential in different ways. Some knock you off balance; some help you find your rhythm. Some insinuate themselves into your life slowly, until you can't imagine a time they didn't exist; some leap out of car windows, change the course of your week and then vanish.

The 50 songs collected here (presented in alphabetical order), were picked by NPR Music's team and our public radio partners around the country. They mean different things to each of us who love them, but they overlap in surprising ways. Below, you'll find more than one slow-building, ambivalent dance song; definitive statements from newcomers next to veterans who sound more fragile than ever; party chants that mix profanity with politics; ultra-minimalist hip-hop and guitar solos from the dudes you'd expect.

You end up with a playlist (on Spotify here, on Rdio here) that points out in too many directions to count, which is just what we want from our favorite songs: infinite potential. Pick one; follow it for a while. Find something new and essential.

The message — slathered on top of rousing production from Street Symphony and 808xElite — is loud and clear: 2 Chainz never left. And he wants his trap back.

5 Seconds Of Summer, "She Looks So Perfect"

We're so down for this sweetly risque, shout-it-from-the-rooftops romantic bit of boy band bliss.

The Puerto Rican garage rocker sings about that crazy girl you dated in college, who you kind of secretly miss sometimes.

With assistance from up-and-coming producer Purpdogg, Houston native Amber London hearkens back to the mid-to-late '90s, when rap was in the grips of the South.

Tijoux cements her status as the reigning queen of Latin rap with a danceable, politically feisty and a brilliant mashup of funk, Andean rythms and hip-hop beats.

Conga drums, soaring strings, an ecstatic disco diva and that over-the-top moment when it all comes together: This is our go-to "feel good" dance track of the summer (so far).

Ashong creates an illusion of simplicity with lovely yet lazy lyrics that fold over on themselves again and again. But don't be deceived — this song is more complex than it first seems.

Ben Khan's ethereal production is a superb pallet for his sultry vocals. "Youth" is a cry for society's attention and the winner by a nose on the London native's debut EP.

Queen Bey steams up the windows in this trap music influenced fantasy about love in a limo.

The Mississippi mainstay has been relatively quiet since his debut was met with lukewarm reception in 2012. Here, he's spitting balls of flame, fury and frustration.

The Black Keys, "Weight Of Love"

Vibes and keys and beats and a slow-burn guitar solo, all before Dan Auerbach's vocals kick in (after that: bittersweet lyrics, three sisters singing harmonies and another guitar solo). This is how the once stripped-down-by-definition Black Keys open an album in 2014.

Coming smack in the middle of her dystopian fantasy, The Future's Void, Erika Anderson delivers a '90s-rock Molotov cocktail set afire by a chorus of whispers and screams.

Eric Church, "Give Me Back My Hometown"

This bittersweet country confession about recovering home turf after a breakup is also a spot-on defense of small town life in the age of the mini mall.

Poulenc's music for chorus and orchestra turns on a dime from doleful to full of dread. Epic, cinematic.

Spirals and spikes mark the Bromeliad plants, which can be sweet or stunning. The latest dance track from Floating Points is both.

Future may be most known for his melodic hooks, but on "Move That Dope" he aims for something grittier with a thumping bass line; a post-"Happy" Pharrell steals the show with bravado.

Future Islands, "Seasons (Waiting On You)"

Samuel T. Herring sobs like the love child of Joaquin Phoenix and Jackie Wilson on this synth-soul anthem for the Tinder generation.

High Spirits, "I Will Run"

A heavy metal song that can break your heart while downing a 12-pack of Miller Lite in the 7-11 parking lot.

Hozier, "Take Me To Church"

In a star-making song, Irish singer-songwriter Andrew Hozier-Byrne splits the difference between gospel's reverence and the blues' doom-infused odes to venery.

Swedish producer The Field bestows his Stockholm compatriots with a haunting, Orb-inspired remix that pulses the Swedish indie rockers to the farthest domains of space and back.

A charming newcomer tweaks Charles Aznavour — wordplay on "Douce France," a rhythm from "Parce Que Tu Crois" — but 85 million YouTube hits later, she stands on her own feet.

It takes all of two seconds to figure out what you're getting here: a big, messy, anthemic mass of gritty, irresistible swagger from a master of the form.

A one-time gospel saxophonist turns free jazz, weaving together two spirituals while caught up in the Holy Ghost trance.

A Spanish composer's take on a lively Mexican dance performed by perhaps the most precise and soulful classical guitarist of his generation.

Jesse Boykins III, "Show Me Who You Are"

On the standout track of his Love Apparatus LP, Boykins seduces listeners with his lilting falsetto and an enchanting chorus.

Brazilian hip-hop newcomer makes a splash with a killer track that mashes up traditional Brazilian instruments and vocals with banging beats.

This American tenor has a high-flying instrument that he unleashes at will in strong and graceful performances.

A non-single in the middle of an LP, Nabuma Rubberband, on which Yukimi and the gang continue their quest for musical identity, "Pretty Girls" is a bona fide mid-tempo R&B gem.

Humans are mostly bones, liquid and air, as the raucous chorus of this indie-pop song reminds us, but these British kids take care to emphasize the adverb.

Detroit house legend Moodyman releases a heater filled with enough whoops and bangs to light a fire under any dance floor.

Spitting venom and double entendres, Mixtape Nicki (the one fans may have complained of missing during her years of pop singles) returns to silence her detractors on this dark, sinister production.

Sweetness and noise struggle for dominance in music that makes hardcore punk beautiful, and artfully conveys the tensions within singer Meredith Graves' reckoning within the demon — romance — that seems to capture us all.

Andre Jay Sutherland shouts out everything he's thankful for over sunset synths. Nothing this year has been nicer.

Bruce Springsteen had "The River" — this Houston-raised Nashville insurgent crafts his own meditation on lifelong love and loss illuminated by an industrial landscape that's distinctly Southern, yet still universal.

Talk about defying expectations: a Brazilian artist who dares to ignore bossa nova and samba to deliver a moody indie rock ballad in Portuguese with a sax solo that made me look up from what I was doing and smile.

Rosanne Cash, "When the Master Calls the Roll"

In this five-minute-long historical novel of a song, Cash and collaborators Rodney Crowell and John Leventhall gently transform the story of a Civil War marriage into a protest against the futility of combat.

Röyksopp & Robyn, "Do It Again"

Scandinavian supergroup disco: wave after wave of peaking pleasure, complicated by the tender ambivalence about love and intimacy that is the essence of singer Robyn's soulfulness.

Sam Smith, "Stay With Me"

The voice of London-born Smith is all over the airwaves this year, for good reason: This song's gospel frame makes gloriously obvious its truly angelic force and flexibility.

Gleefully profane with a driving Afrobeat, Fela Kuti's youngest son goes in for a hard takedown of financial-crisis villains.

Van Etten had long since mastered the slow burn, but here she does so alongside new textures, from subtle electronics to a Cure-worthy guitar line.

St. Paul And The Broken Bones, "Half The City"

The mighty Paul Janeway embodies Clark Kent's transformation into Superman every time he opens his mouth, and his band of Alabama kids turned sweet soul masters makes sure he can fly.

Timothy Showalter proves worthy of his subject: the great Jason Molina, whose inspiration he celebrates with a bruised, soaring rock 'n' roll epic.

A musical head rush in slow motion, "PCC" unfolds majestically and wistfully, like a flower blossoming to reveal its full beauty.

As Mr. Raymond circles back to his roots, he coos over a heavy drum loop, complete with a bottle xylophone. By the time you get to the bridge, you're grooving too hard to be offended.

Vic Mensa, "Down On My Luck"

Chicago's new kid on the block makes waves by veering away from his previous mixtape rap toward his hometown's house music roots with a song that may make you want a few too many drinks and a few too many hours on the dance floor.

Roots reggae as snug candlelight jazz, by a singer investigating personal history and the many ways to use a strong voice.