Accessibility links
Finding Promising New Games In A World Of Dispiriting Sequels A survey of some of the games that previewed at this month's Electronic Entertainment Expo shows that even in a landscape of mostly boring franchised sequels, there are a few standouts.

Finding Promising New Games In A World Of Dispiriting Sequels

Finding Promising New Games In A World Of Dispiriting Sequels 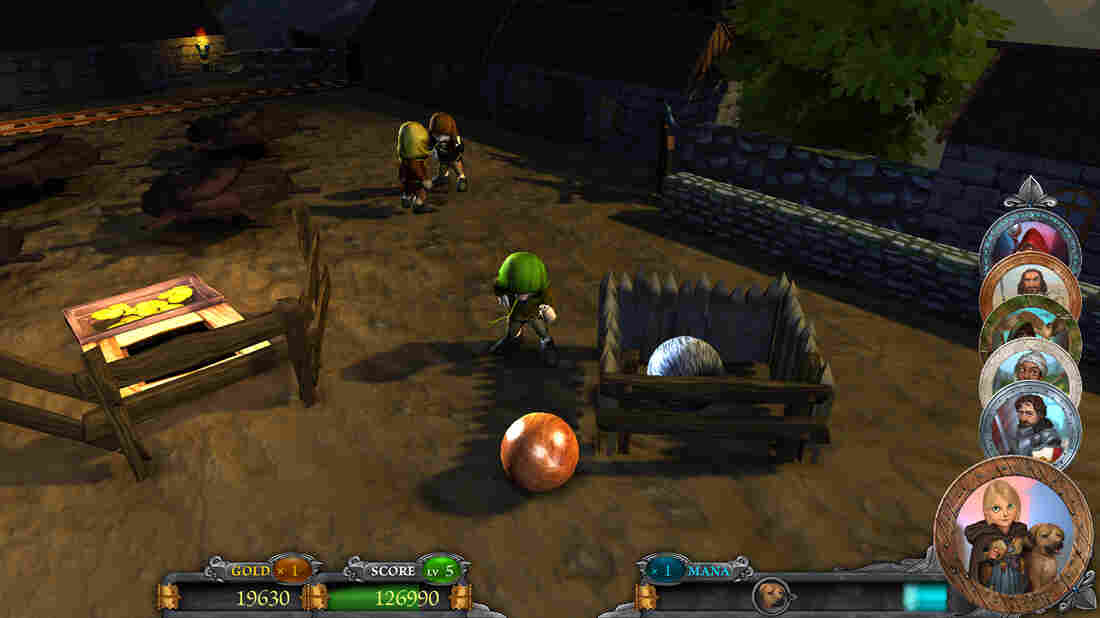 A screenshot from Rollers Of The Realm. Atlus hide caption 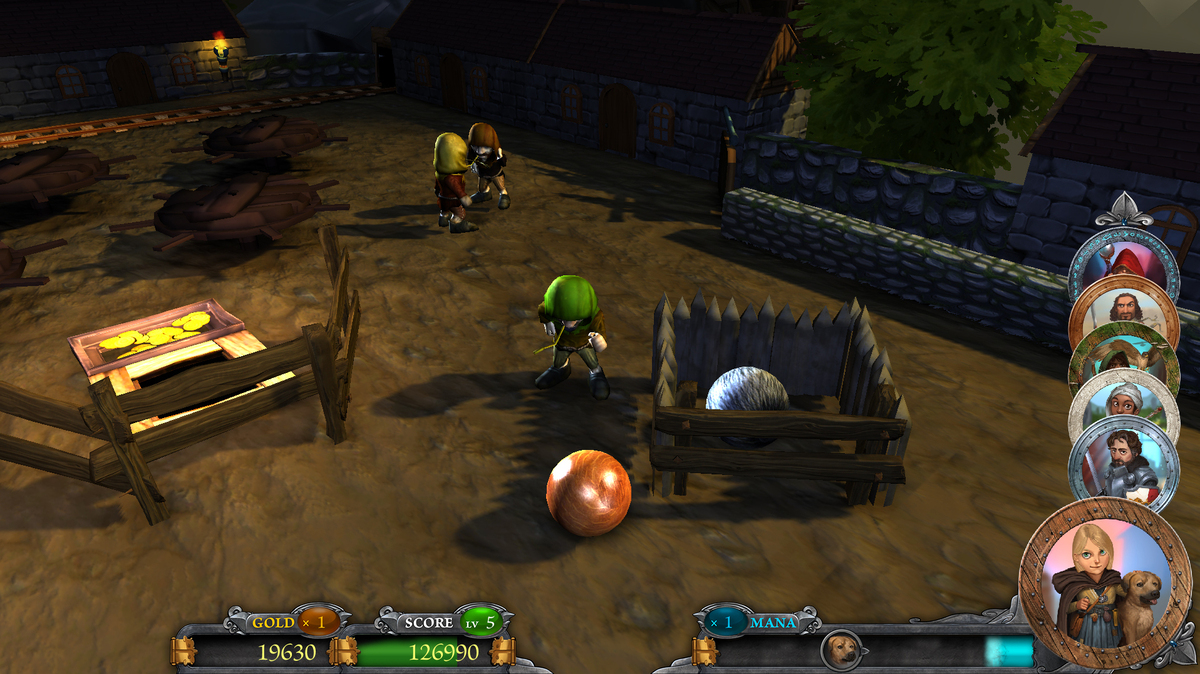 A screenshot from Rollers Of The Realm.

The game show at the Electronic Entertainment Expo (E3) earlier in June wasn't exactly staid. But it was clear that most game publishers are playing it safe — very safe. Each year, I complain about franchise-ization, a godawful game trend that makes a convention focused on the wonders of electronic entertainment a lot less fun - especially since 2014 was the year in which game makers offered more sequels than ever before.

Imagine spending eight hours daily running between two convention halls for meetings and seeing the same old games simply tweaked a bit for each new iteration. It's disturbing, bordering on depressing. These follow-ups aren't terrible — they're not shovelware. But only The Witcher and Batman sequels approach the level of brand new popular art. Thankfully, the other non-franchise offerings on this list of most promising games make up for the hackneyed, trite stuff. Well, almost.

Made by a thoughtful Polish team and based on a Polish series of novels, The Witcher role-playing game was really the only sequel at E3 that seemed substantially different from its predecessors. Even minor characters, which include one creepy, rude, somehow adorable imp, have well thought-out story lines. Yes, you play a macho monster hunter who's a little too tough-man-quiet for my taste. But you'll find a completely explorable fantasy world and enjoy expertly plotted story lines. It doesn't hurt that the wildly branching narrative is weird. Weirdness is somehow fitting for this series.

Ori and the Blind Forest (Microsoft)

The rotund, empathetic Ori is the star of this small game. His goal is simple: to save the forest and its innocent inhabitants. There's also an incendiary owl with which the player must deal. Yet it's the artwork here that's mesmerizing. It's an inspiring fairy tale that perhaps should be expanded into other media, like film.

The ever-changing Gotham has always been a character in these dark games. But this time, the Batmobile is almost a human-like character. (It kind of recalls the TV show Knight Rider, with a nasty personality). The Batmobile can even grapple and pull down massive steel doors. Even as is shines proudly in the night, this dark, black vehicle is an antihero par excellence - because it's frighteningly, monstrously bad ass.

Rollers of the Realm (Atlus)

E3 should be all about what's innovative and unexpected. Rollers of the Realm sports a medieval story, but it's within a pinball game where you level up by hitting characters with a pinball as they move across the playfield. To me, Rollers is the most adventurous of hybrids, a pinball/role playing game that beat the pants off many of the big-budget console games I saw.

Imagine a world in which people become mutated by ... an energy drink called Overcharge Delirium XT. If you're down with that sort of satirical twist on dystopian tragedy, you'll likely enjoy Sunset Overdrive. Additionally, the game design is rife with odd, humorous weaponry like a gun that fires a cute teddy bear who becomes a fiery bomb on impact. And you can parkour everywhere, even on a giant roller coaster in an amusement park. In fact, that's what this game is, one demented amusement park in which to play.

Frankly, no one's quite sure what exactly this game will be, but every critic who's seen it loves it. It's science fiction. It's has familiar dinosaurs and unfamilar, super bright, orange-yellow grass. It has spaceships that allow for travel between many planets. Like Will Wright's Spore made more graphically wondrous for 2014, you seem to be able to do just about anything as a lone explorer. The narrative is there, but it's presented with a smooth, light touch. So it's easy to insert your own storyline into the game as you explore. I certainly did.

Generally, I stay far away from realistic war games. But Valiant Hearts features a soul-tugging narrative that tells the story of motley souls who, during World War I, try to help a soldier find his missing soul mate. Valiant Hearts isn't a shooter, either. Instead, it's a puzzle-oriented, small game that centers on the personal triumphs. Empathy — that's what games need more of, and this one has it in spades.

The words "utterly beautiful" and "perfectly nostalgic" come to mind when considering Cuphead. It's a 2D shooting game that recalls the most painstakingly detailed of the 1940s animations, particularly Fleischer Studios' "Screen Songs" cartoons. When I saw Cuphead, I thought, why hasn't someone tried this slightly wry and mocking art style before in games? I bet I'll lose many lives as I play, just ogling the wondrous, occasionally demonic, old school art.