Accessibility links
Book Review: 'My Two Italies,' By Joseph Luzzi Italian professor Joseph Luzzi's new memoir digs into the divisions in Italian society: north and south, poor and rich, and the question of his own complicated identity as an Italian American.

An Elegant, Thoughtful Exploration Of Life In 'Two Italies'

An Elegant, Thoughtful Exploration Of Life In 'Two Italies' 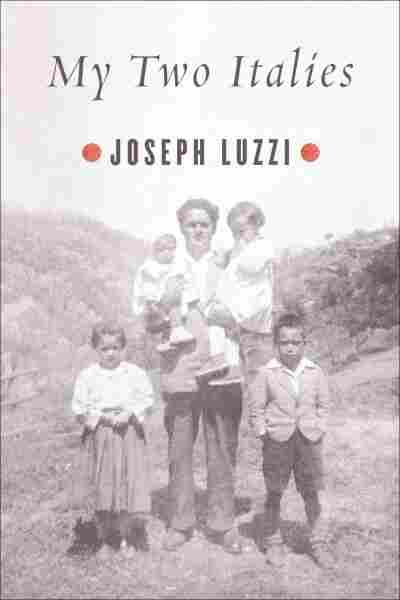 I remember taking an intermediate Italian class in college, and to gauge our linguistic level of proficiency, the professor assigned us a short essay to write. Using the Italian I had picked up from my grandparents, I proudly wrote about my familial ancestry in Calabria. The essay came back with every other word circled in red and labeled "dialetto."

"In this class," the professor said as he picked up the paper from my desk, "we will learn the proper Italian language of Dante." At that moment, I felt at once robbed of my Italian heritage, and ashamed of my Calabrian ancestry.

Calabria, the toe of Italy's boot, is one of the most economically depressed provinces in Italy and suffers under the stranglehold of its mafia, the 'Ndranghetta. While it's rich in ancient history — the mathematician Pythagoras lived here — it was also the region from which millions of Italians emigrated in the early 20th century.

Joseph Luzzi — now a professor of Italian at Bard College — was born in America to Calabrian immigrants. In his elegant, thoughtful new memoir, My Two Italies, he writes of watching his father and uncle carve up an entire goat, make wine, and hold a meeting of brothers to determine the fate of an uncle's unfaithful wife. And this was not 19th-century Calabria, but Rhode Island in the 1970s.

Luzzi questions his own Italian identity: That of Calabria, his ancestral homeland, that of Florence, the birthplace of the Italian Renaissance, where his studies of art and literature took him, and that of America, where he was born. "My Ph.D. in Italian would be the passport to a cultural homeland that class, history, and society had all conspired to deny me and my family," he writes.

In 1818, the English poet Percy Bysshe Shelley moved to Italy with his wife, author Mary Shelley. There they lived and endured the death of three children until Percy's own death by drowning in 1822. In an early essay, Shelley wrote: "There are two Italies ... The one is the most sublime and lovely contemplation that can be conceived by the imagination of man; the other the most degraded disgusting & odious."

Shelley was contrasting the rich cultural history of Italy with its corruption and mind-numbing bureaucracy. But Shelley's words also led Luzzi to contemplate two other Italies — the Italy north of Rome, and that to the south. For centuries, the stereotype has persisted that Italians living north of Rome are cultured sophisticates, while those to the south are backwards peasants, referred to contemptuously as terroni, or farmers.

(The Italian professor in college who chided me on my dialect-ridden essay turns out to have come from Naples, south of Rome. After telling the class that we would learn the "official" Italian language, he paused and smiled. "And nowhere in Italy is that language spoken.")

In this relatively slim book, Luzzi effectively covers lots of ground on Italian identity as a whole: the concept of mammoni (40-year-old Italian men who live with their mothers), Italy's Slow Food movement, and a somewhat dutiful examination of the country's politics since World War II. On Americans of Italian descent, he writes "we Italian Americans suffer from a form of cultural schizophrenia, half of our soul nourished by centuries of European arts and letters," while the other half is "contaminated" by The Godfather and The Sopranos.

But Luzzi can be heartbreakingly tender, as when he recalls his pregnant wife, who was hit by a car and died just after his daughter was delivered. It's only a few passages, but it is amazingly affecting.

His daughter is now four years old; at bedtime he reads to her and tells her stories, for "stories will be all that binds her to Calabria." And when he travels to Florence now, without his wife, Luzzi considers yet another two Italies: "the Italy of the living and the dead." As for his own sense of being an Italian American, he strikes a bittersweet chord: "We commemorate our past only to remind ourselves how far we have traveled from it."

Mark Rotella is a senior editor at Publishers Weekly and the author of Stolen Figs: And Other Adventures in Calabria and Amore: The Story of Italian American Song.

Read an excerpt of My Two Italies