Accessibility links
'A Machine That Generates Empathy': Roger Ebert Gets His Own Documentary Steve James' documentary Life Itself looks at the life of critic Roger Ebert, both before and after the profound physical changes that led to his rebirth online.

'A Machine That Generates Empathy': Roger Ebert Gets His Own Documentary

'A Machine That Generates Empathy': Roger Ebert Gets His Own Documentary 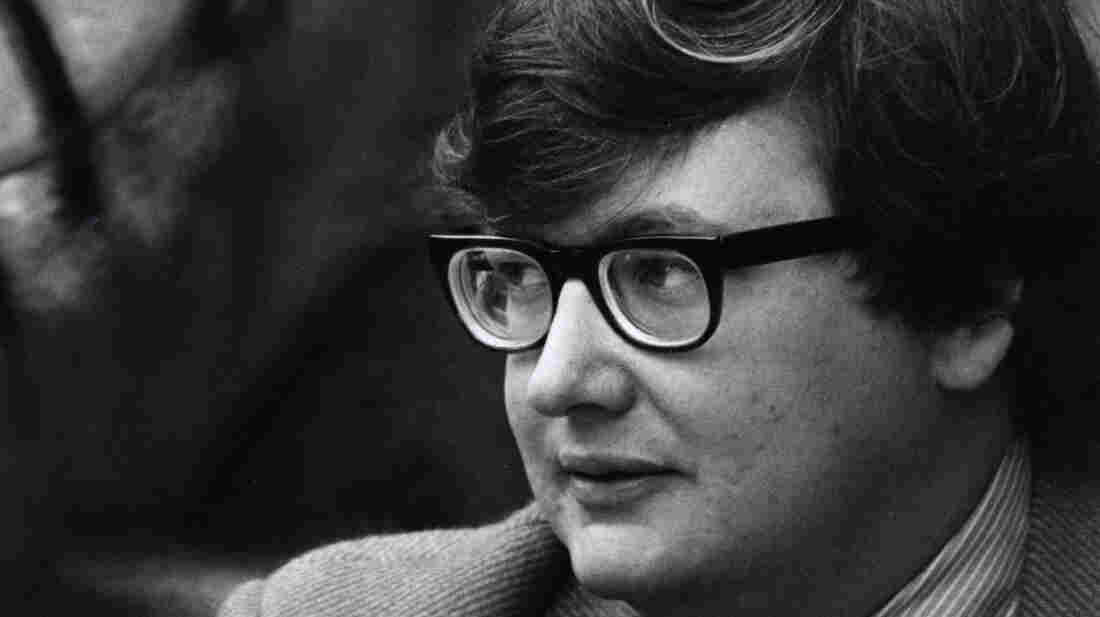 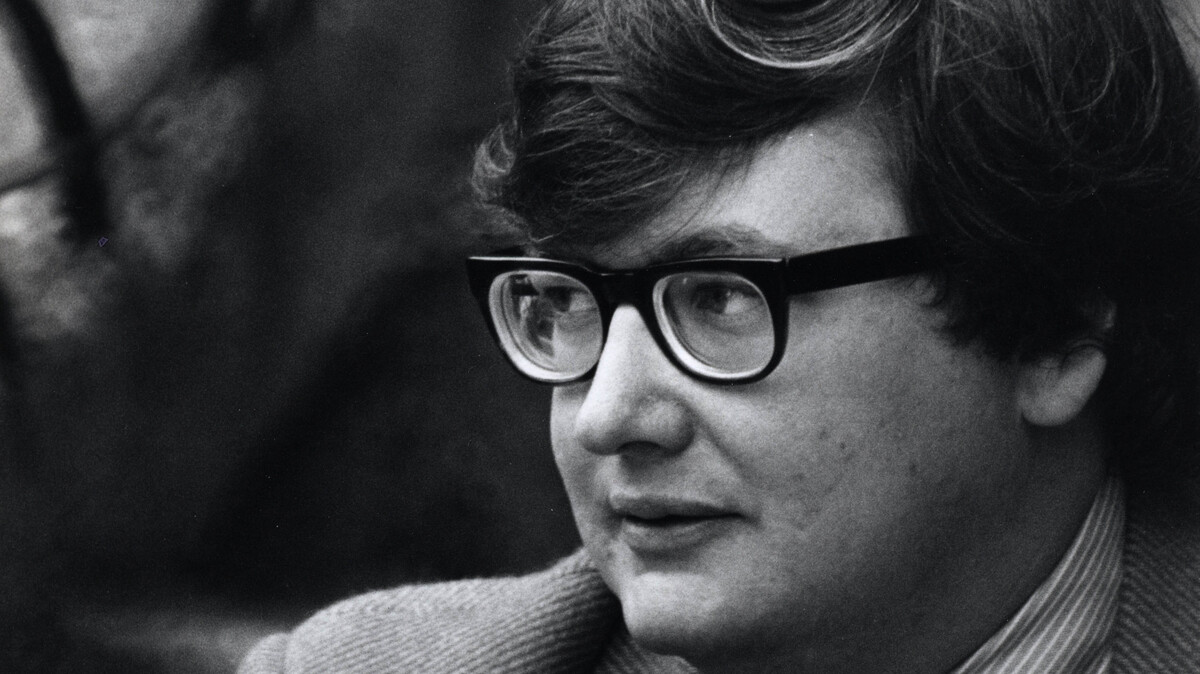 Making a documentary about Roger Ebert is, in some ways, a little like opening a new restaurant to honor the memory of Julia Child. It's likely to feel like a venture but also a ritual; part work and part wake; thoughtful and raucous; grieving and grateful.

So, as it happens, is reviewing one. Finding film critics who view a documentary about Roger Ebert the way they'd view one about a musician or an athlete is very, very difficult – one of the consequences of his death was the opening of a thousand little memory boxes in which a thousand writers seemed to have stashed a thousand encounters, large and small, either with him or with his writing.

It's something, then, that Steve James' Life Itself tries not to pass its time saying the things that are likely to be largely agreed upon by the people who find themselves watching it: that Ebert and his wife Chaz were presented with some huge challenges in the last few years of his life that they handled rather remarkably, and that he was an enormously influential writer who helped popularize film criticism and bring it into the lives of civilians.

Is Life Itself it a salute more than an investigation done at a distance? It is, let's be fair: it is. But at the same time, there is a welcome willingness to acknowledge that even the people you admire are never without flaws, and those you admire most wouldn't want you to pretend otherwise. James does document the grace with which Ebert approached the part of his life that came after he lost the ability to speak, as well as the enthusiasm with which he advocated for young filmmakers. (Less time is spent, understandably, on his equally vigorous and important advocacy for young writers, including writers of color and writers in other countries – nobody cares about writers as much as writers do.)

But James isn't afraid to allow Gene Siskel's widow, Marlene Iglitzen, room to point out that Ebert was "full of himself," or to document his lording of his Pulitzer over Siskel during their period of most intense rivalry, or to make clear that despite the intense and deepening intelligence of his writing after he lost his voice, he did not suddenly cease to be a guy who wanted things the way he wanted them and got impatient about otherwise, just as the film is quick to assure you he was from the beginning.

It's true that the sections that look back on Ebert's earlier life don't shy away from the alcoholism he had spoken about quite a bit, or from his time as something of a barroom blowhard (so at least one frequent companion would have you believe). But those things are easier to understand; everyone has had years like that, years when they would say they weren't the person they'd like to have been.

Where Life Itself underlines Ebert's story most effectively is when it shows just how difficult his physical life had become in those final months and years. For those of us who intellectually knew of his situation and read his remarkable writing about it, there was certainly a sense that it was very hard, that he could no longer do a lot of things, and that he needed a lot of care. But to see the position he was sometimes in – to see this boisterous, sometimes difficult guy, described by Iglitzen as a great "raconteur," smack his leg with frustration as he tries to communicate what he wants done with his wheelchair – is ... difficult. It is in going back and reading his writing that you are reminded that everything he had to say, everything, was still in there in those moments, as it is for lots of other people. And bless his laptop, and bless his voice software, and bless his little notepads, but it is hard to watch.

What the film crystallizes beautifully is the gravity of the gains and losses that took place in Ebert's life after about 2008. As he got truly, verily, utterly screwed – and Chaz did, too – not just by cancer but by infections and complications, he began a stunning final act in which his connection to his writing seemed deeper, his embrace of readers and other writers seemed (even) more generous, and his omnivorous curiosity about cooking and countries and politics and writers and movies and games became more tireless.

The one time I ever had contact with Ebert (other than his retweeting of a silly piece I wrote about Wonder Woman's outfit, which filled me with the kind of glee normally reserved for promotions and lottery winnings) came after I wrote briefly about a story Will Leitch told about him in Deadspin. It was a story about young jerks and smart professionals and how sometimes one turns into the other, and a story about being forgiving when you don't have to. I don't even remember what he wrote, and like a dummy, I let it go in an automatic e-mail purge (which at least has protected me from printing it out and posting it over my desk like a weirdo). It was something very kind, and very short, and like his notes to everyone, it ended, "cheers, r." We had had a little exchange about being good to people.

We started with a documentary, and now I am thinking about people and how they are, and how they try to be, and while that may not be, strictly speaking, "right," it seems very appropriate. There's a moment in the documentary in which we hear one of Ebert's great descriptions of film as "a machine that generates empathy." Presumably, from Life Itself, he would have hoped for something that might generate empathy – not pity and not hushed admiration, but empathy. Not just for him, and not just for his wife, but for all the other people slapping their knees in frustration despite the books and posts and tweets they can write that make it easier for people who know very little of what's going on day to day not to think about it too hard.

It's perhaps fitting that Ebert's funny, competitive, prickly, critically important relationship with Gene Siskel informs so much of the film's idea of him. That relationship was not easy and it was not necessarily a friendship of intimates in the way we might think of it. When Marlene Iglitzen talks about their bond as she thinks of it now, she says that she thinks they loved each other. She thinks. And she's not saying it with an elbow in your ribs or a wink; she's thinking about the complexity of the way they interacted. It's so fair of her to be so unsentimental, to avoid the trap of flattening what they both were in life to what they could turn into in death.

The film succeeds in doing the same, I think: it is a celebration, but like Ebert's own memoir of the same name, Life Itself chooses a vigorous (and often funny) portrait of a good but not perfect man over a staid painting of someone everyone thought was a great critic, or everyone thought was a fun guy to be around all the time, or everyone thought was doing great things for the culture. Not everyone believes that. Some of them say so. And none of those imperfections prevent it from operating as a machine that generates empathy.