Accessibility links
The Letter That Kicked Off A Radio Career As NPR's Tamara Keith steps into the Weekend Edition Saturday host chair this week, she looks back to a letter she wrote when she was 15 years old.

Hi, I am a 15 year old high school senior, and I need help.
You see, my fondest desire (right after being an MTV VeeJay Chick) is to be a reporter for NPR. I really need some career advice. Living in a town where 80% of the population have four legs and udders and the high school a nationally recognized milk tasting team, I need some outside help.

Actually there were several letters, all the same. Dear Liane Hansen, Dear Cokie Roberts. I spelled their names wrong. I enclosed a copy of a column I was writing for the newspaper in my hometown and a cassette tape with my best attempt at creating a radio story in the NPR style.

I was one of those kids raised on whole wheat spaghetti and NPR every day in the car. Especially on weekends, when we drove the hour from the relatively small town of Hanford, Calif., to the big city where we shopped at Costco and saw movies that never made it to our town. It was all NPR, all the time. 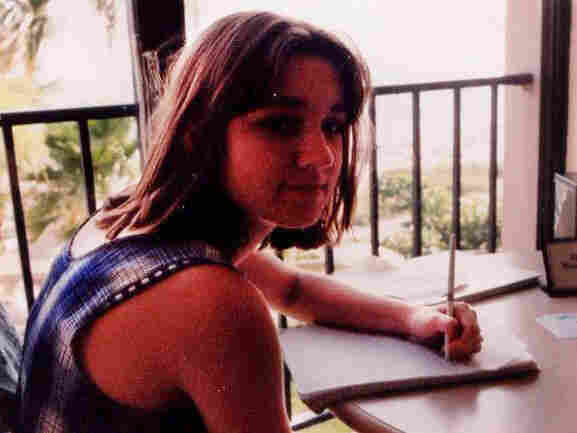 When NPR's Tamara Keith was 15 years old, she embarked on a letter-writing campaign that set her career in motion. Courtesy Keith Family hide caption

When NPR's Tamara Keith was 15 years old, she embarked on a letter-writing campaign that set her career in motion.

It was 1995 and my family was taking an epic cross-country trip — to see America from the windows of a minivan. I was hoping the letters would land us a tour of NPR during the few days we were planning to spend in Washington, D.C.

That little letter-writing campaign — and the people who responded — changed my life. And I don't mean that in some abstract way.

First I heard from Cokie. Whatever you do, don't major in communications, she said. And then Scott Simon invited my family to his home, where we sat on a peach-colored leather couch and my little brother played with Scott's ancient cat. His advice: Consider majoring in philosophy. I did. It was one of the hardest things I've ever done, but it taught me how to break apart arguments, how to ask the right questions.

Liane Hansen responded, too, and invited me to write essays about being a teenager that aired on Weekend Edition Sunday. Ultimately, that led to my first real radio job.

And it all started with a letter. A letter with mediocre spelling and questionable punctuation. Sitting at Scott's desk, getting ready for this week's show, almost 19 years to the day after I sat on his couch getting advice about college, I'm still so grateful that my teen idols at NPR took the time to respond.

Sometimes all it takes to make a difference is to write back.