Accessibility links
Can't Stand Meetings? Try Taking Away The Chairs Those who stood at meetings said they felt their colleagues were more open to their ideas, less territorial, and overall, did better collaborative work, researchers found. 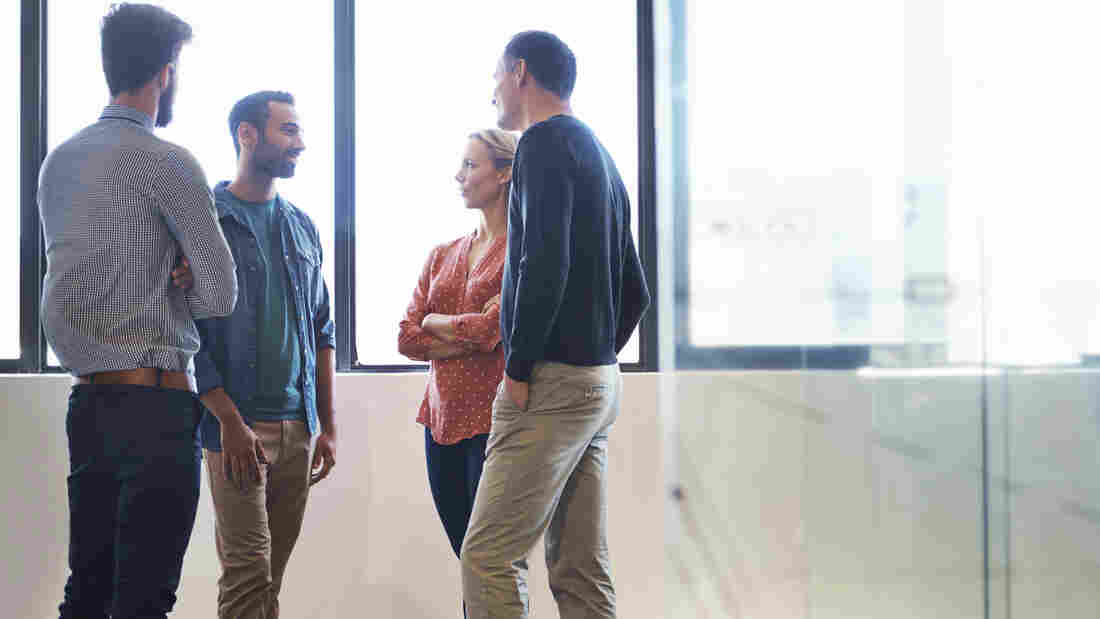 Standing even for part of a meeting could engage your team in more productive collaboration, researchers say. pixdeluxe/Getty/Getty Images hide caption 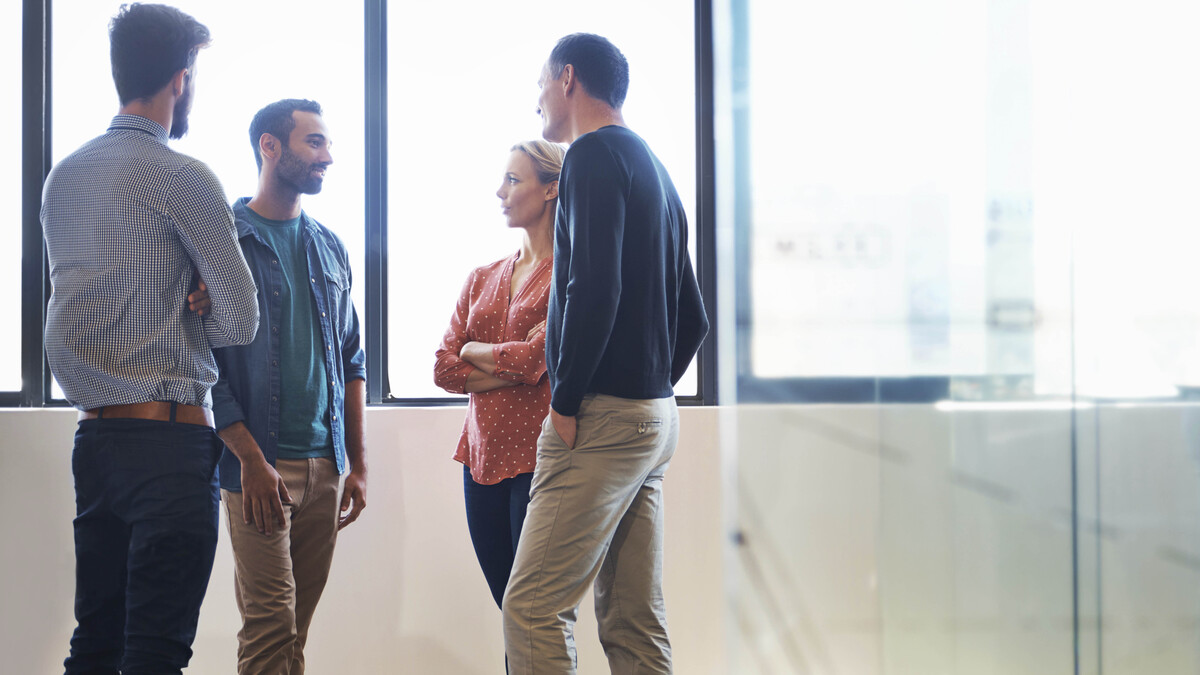 Standing even for part of a meeting could engage your team in more productive collaboration, researchers say.

The secret to more productive meetings? You might simply need to stand up.

This we know, to some degree. Just take as examples the growing popularity of standing desks, which took off after a flurry of reports found that sitting for long periods of time can significantly, negatively, impact employees' health.

That set a pair of professors at the Washington University's Olin Business School, Andrew Knight and Markus Bear, wondering: Should the standing trend expand beyond cubicles? Could it help meetings, too? The academics looked at 54 meetings, each about 30 minutes long (since about 75 percent of meetings run for 30 minutes or less).

Their answer: Yes, yes it could.

The professors created test meetings, as it were, to see if their theories held water. They staged meetings to task groups with planning and producing a recruiting video for the university, as they might for developing marketing content for a business. Those who stood said they felt their colleagues were more open to their ideas, less territorial, and overall, made a better video.

"Our results suggest that, if leaders aspire to enhance collaborative knowledge work, they might consider eschewing the traditional conference room setup of tables and chairs," the professors write.

Of course, humans can't stand indefinitely, and need to give their legs a rest. As one ergonomics expert notes, standing for long periods can increase the odds of developing varicose veins.

People get tired when they stand for long periods of time. Eventually, all that creativity — and the benefits — might seep away. Plus, there could be issues with hands and arms facing a computer at odd angles. So it's probably not ideal to stand for an entire hour-long meeting.

But the Olin professors suggest that standing even for the first half of that hour could engage your team in more productive meetings.

Not to mention, take away the chairs, and you'll save on furniture costs, too (or at least cut down on wear-and-tear costs). Maybe a tall café table would suffice, instead of a larger conference room. If you want to take it all the way to the bar or the coffee shop, we won't tell.