Accessibility links
'Violette' Evokes Exasperating Self-Pity, A Trait The French Like The film Violette is a fictionalized portrait of Violette Leduc, the trailblazing French novelist who was considered difficult. The strangely gripping movie captures a key moment in feminist history. 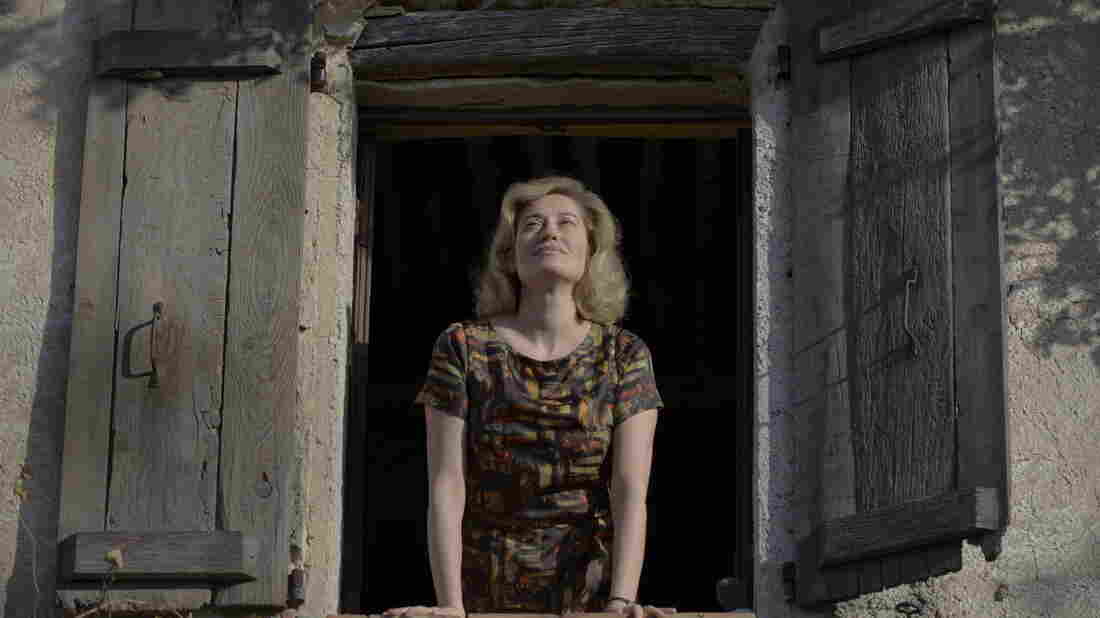 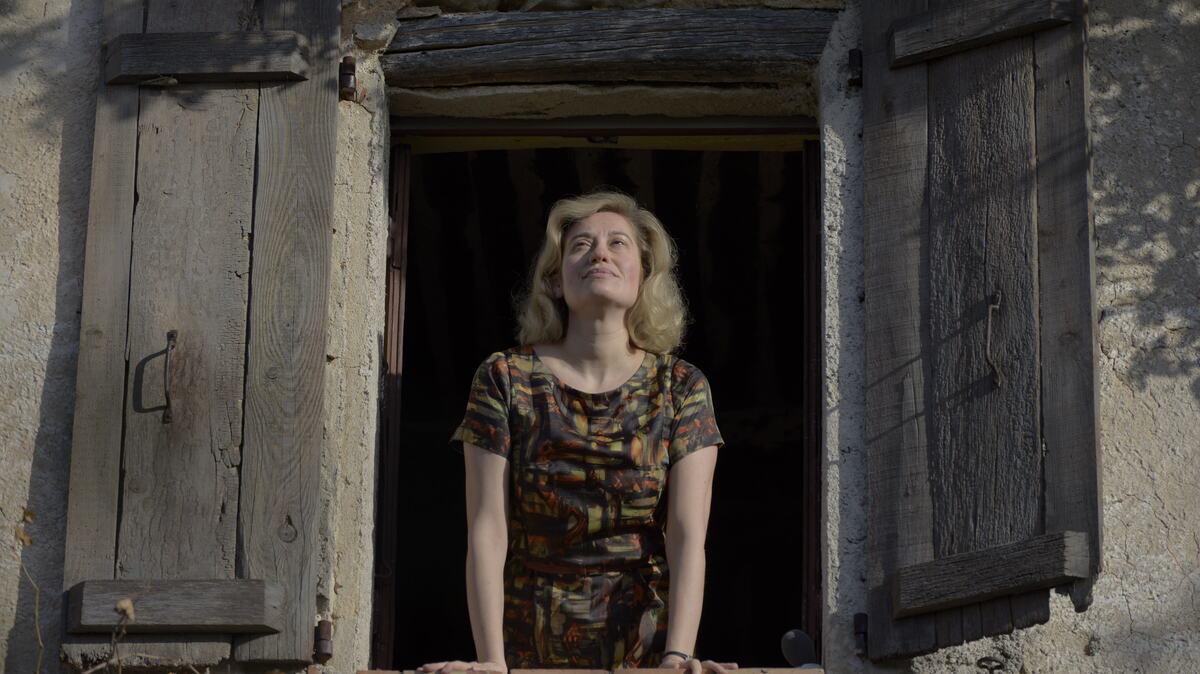 In the new French film Violette, Emmanuelle Devos plays a fictionalized character based on Violette Leduc, the trailblazing French novelist.

Americans put a lot of stock in being likable. Pollsters take surveys of the president's likability. Test screenings check whether we like the characters in movies. And when a literary novelist like Claire Messud mocks the notion that fictional characters should be someone we'd like to be friends with, writers of popular fiction attack her for snootiness.

You rarely find such disputes in France, which finds our fetish of likability charmingly simple, rather like our shock at politicians committing adultery. Hooked on the fervent, the argumentative, even the crazy, the French really like liking unlikable characters.

You find a real doozy in the revelatory, strangely gripping new film Violette. It's a fictionalized portrait of Violette Leduc, the trailblazing French novelist who may have been even better at being a pain than she was at writing. An illegitimate child, Violette felt unwanted by her mother, and lugged her loveless sense of grievance through life like an accordion made of lead. Her key signature was exasperating self-pity.

Violette is played by Emmanuelle Devos, the terrific French actress whose striking broad features you may recognize from Read My Lips and Coco Before Chanel. When we first meet Violette, it's World War II, and she's working as a black marketeer and living with writer Maurice Sachs, whom she's furious with for not wanting to sleep with her, even though he's gay. Sachs soon flees her needy intensity, but not before encouraging her to write about her life — and keep writing. 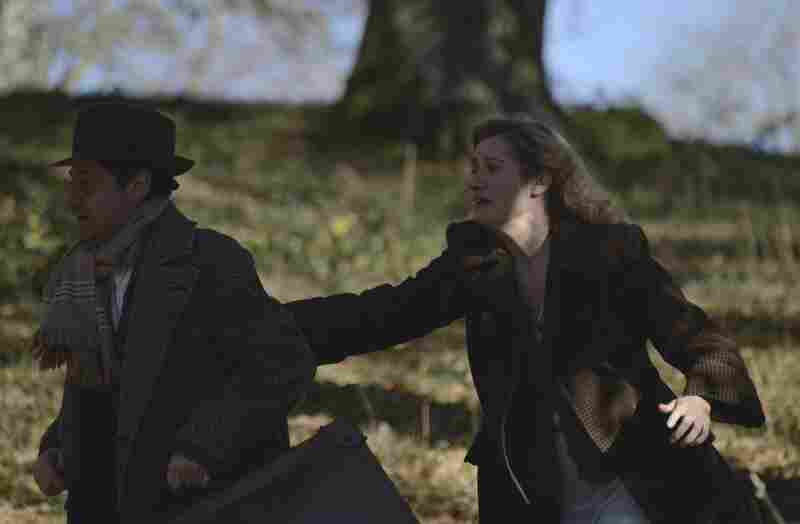 In the beginning of the movie, Violette is working as a black marketeer and living with writer Maurice Sachs (played by Olivier Py), whom she's furious with for not wanting to sleep with her — even though he's gay. Courtesy of Adopt Films hide caption 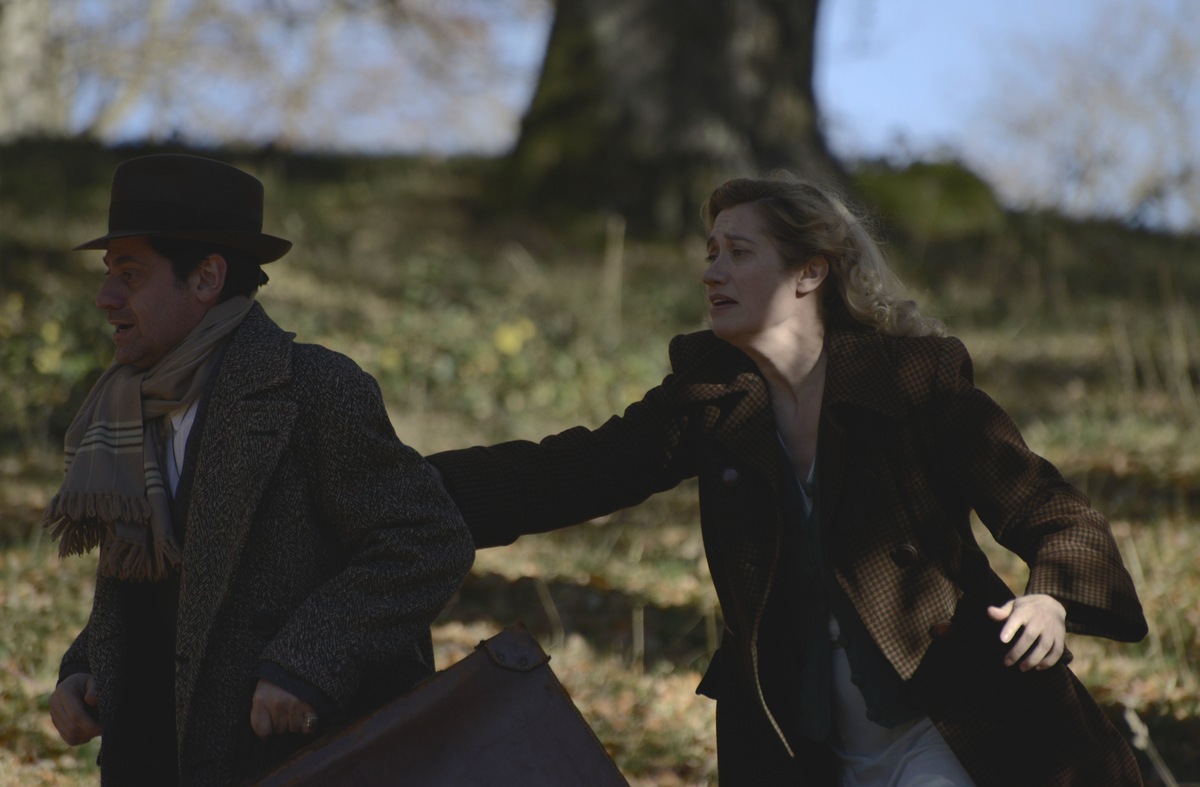 In the beginning of the movie, Violette is working as a black marketeer and living with writer Maurice Sachs (played by Olivier Py), whom she's furious with for not wanting to sleep with her — even though he's gay.

Violette does. Looking for recognition, she forces herself upon Simone de Beauvoir, superbly played by Sandrine Kiberlain, who's like a strict, elegant schoolmarm who must deal with an overgrown teen. Beauvoir is everything that Violette is not — connected, respected, self-collected. But reading the manuscript of Violette's first novel — its English title is In the Prison of Her Skin — Beauvoir grasps the groundbreaking intensity of Violette's talent and gets the book published.

Always wanting more, Violette falls in love with Beauvoir, but Beauvoir's busy being in love with Nelson Algren and Jean-Paul Sartre. And so, feeling rejected and unloved, Violette keeps writing confessional novels, with jolly titles like Ravages and The Bastard — that are bursting with raw feelings and taboo sexual descriptions. As the years pass, you wonder whether Violette will achieve literary success or explode into pieces.

The film was directed and co-written by Martin Provost, who's clearly drawn to women once called "difficult." He uses their exploits to explore big themes — be it the glory and danger of self-expression, or the sexual politics of culture. His most acclaimed film was 2009's Séraphine, the true story of a provincial housekeeper whose paintings get discovered by a famous critic, changing her life, not always for the best.

Things go better for the exhausting Violette, for whom writing is a battle for self-creation and happiness. When we first see her, she's walking briskly, and her furiously repetitive stride becomes the recurring image of her restless, unhappy energy. Yet by funneling her overwhelming passion into her books — the lines she reads from them are tremendously powerful — she eventually achieves a kind of peace that's captured in the film's lovely and moving final shot.

While the movie centers on one woman's personal struggle, it also captures a key moment in feminist history. Violette gets to know Beauvoir as the latter is working on her landmark book, The Second Sex, and even as Violette is deeply smitten, Beauvoir sees her less as an equal than as a kind of wildly exotic co-conspirator against male power and privilege. Without ever feeling friendship, let alone love for her protégé — in truth, La Grande Simone's not very likable herself — the principled Beauvoir is dedicated to supporting Violette with advice, scolding, money, time. And she was right to do so.

The great Argentine writer Jorge Luis Borges once described poetry as "algebra and fire." The same is true of politics. Watching Violette, you're reminded that the women's movement was born not only of theories about equality and justice — the algebra — but of the fire of personal testimony, the willingness of women to say what they had thought and felt for centuries but never fully dared say before. Such willingness is what Violette Leduc possessed, what Beauvoir recognized, and what eventually made her books best-selling touchstones for women in France. Sure, it also made her miserable to be around, but then again, likability isn't everything.