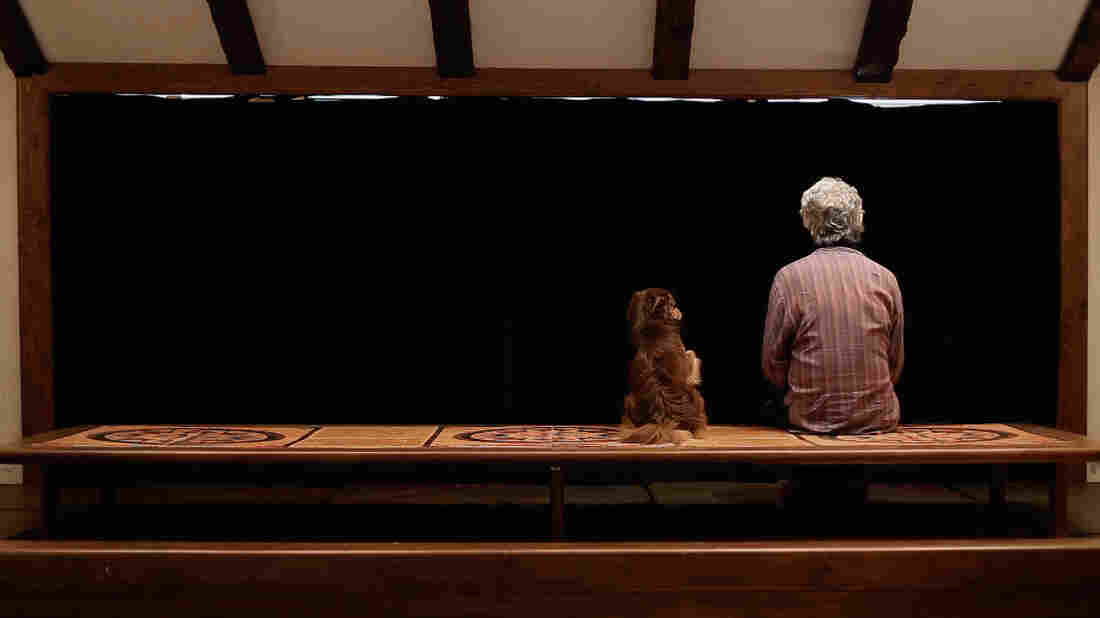 Filmmaker Jafar Panahi wrote, directed and produced Closed Curtain — a film based off his own personal experiences in hiding with his dog from the Iranian government. Celluloid Dreams/Variance Films hide caption 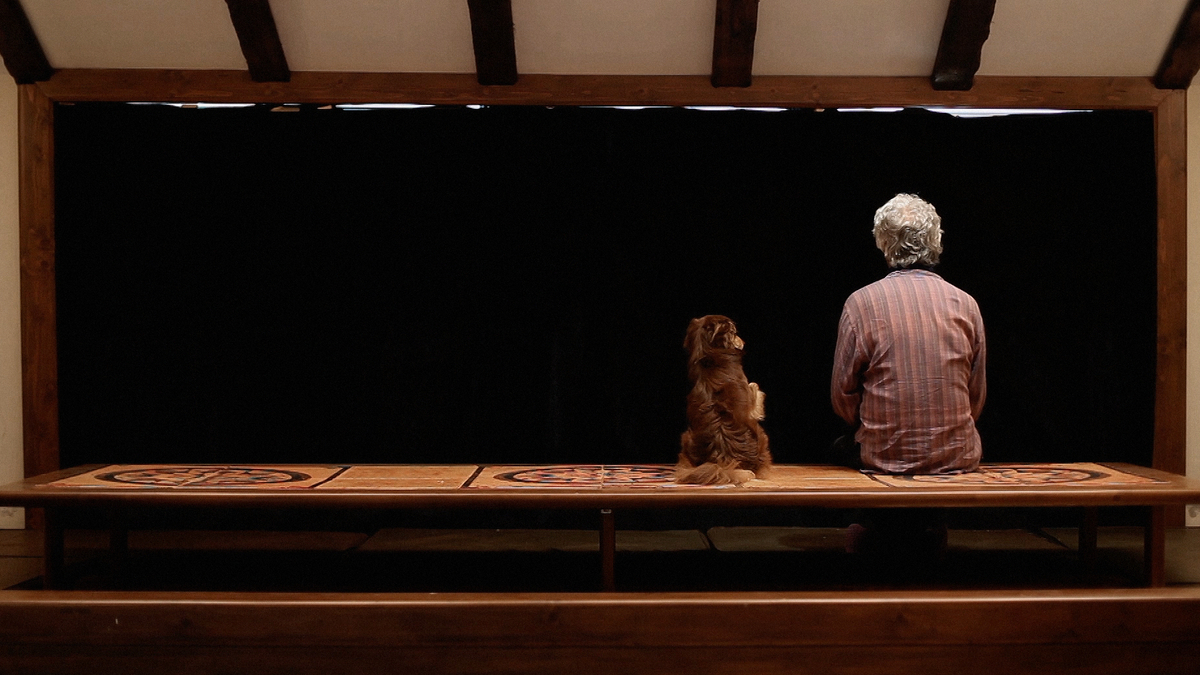 Filmmaker Jafar Panahi wrote, directed and produced Closed Curtain — a film based off his own personal experiences in hiding with his dog from the Iranian government.

From An Oscar Winner, A 'Past' Still Hauntingly Present

Banned Iranian filmmaker Jafar Panahi could hardly have found a more engaging surrogate than the four-legged co-star of Closed Curtain, the second movie Panahi has directed since he was officially forbidden from doing so. Making his entrance by hopping from the duffel bag that's hidden him, the dog called Boy embodies Iranian outcasts at their friskiest.

Bushy-tailed Boy, it seems, is the reason the principal human character, played by co-director Kamboziya Partovi, has traveled to this resort home on the Caspian Sea. Labeled "unclean" by some imams, dogs live under severe strictures in Iran, as Boy inadvertently reveals when he rushes upstairs and lands on a TV remote control. His weight turns on the set, and Boy sits on the couch, happily uncomprehending, as a news program recounts the country's war against canines.

The unnamed man is a writer, and he hopes to hide both himself and Boy from interference. He pulls black curtains across the house's large windows, blocking the view of the water and, perhaps, the conflicts of his mullah-ruled homeland.

It doesn't work. The second of the film's three parts begins when the writer leaves the door open for a moment, and finds himself with two uninvited guests. Melika (Maryam Moghadam) and her brother Reza (Hadi Saeedi) tell their unwilling host that they fled a party on the beach, which was raided by police in search of alcohol. Reza goes to find a car, leaving the writer with the dripping-wet woman and the warning that she's inclined toward suicide attempts.

Later, thieves also burst in. But the writer fears worse things than suicide and larceny. He worries, with good reason, that some or all of the intruders are actually secret police.

In the movie's third section, Panahi himself appears and the pretense of realism is dropped. As in the second half of the director's The Mirror, the storytelling machinery is suddenly revealed. The narrative is wrenched in a new direction and even, briefly, rewound.

Yet the themes of the earlier episodes are not forgotten. The on-screen Panahi is akin to both the writer and the dog, who hide from obtrusive authorities. There's also something of him in Melika, since the director admits to bouts of frustration that verge on suicidal despair.

Panahi's previous unauthorized movie, This Is Not a Film, was set in and around his Tehran apartment. Closed Curtain uses the filmmaker's more spacious seaside getaway. As a practical matter, such locations are all that's available to Panahi, who's under house arrest. But they also illustrate his confined artistic realm. Characters leave the building but, tellingly, the camera never does.

Closed Curtain was shot with digital cameras, which help filmmakers defy Iran's censors; both this movie and its predecessor include moments recorded with an iPhone. Yet the images are not simply captured on the fly. The scenes are artfully composed, with the camera always carefully placed.

While Panahi clearly chafes under the restrictions placed on him, he has always imposed limits on his own works. The Circle (co-written with Partovi) stays entirely in the public sphere, because its female protagonists never find refuge. Most of Offside was filmed outside the soccer stadium that its characters, also female, are not allowed to enter.

Given that history, Closed Curtain can be seen to express something more than the plight of one artist in internal exile. That house on the Caspian, a home that's also a prison, represents an entire country in spiritual incarceration.