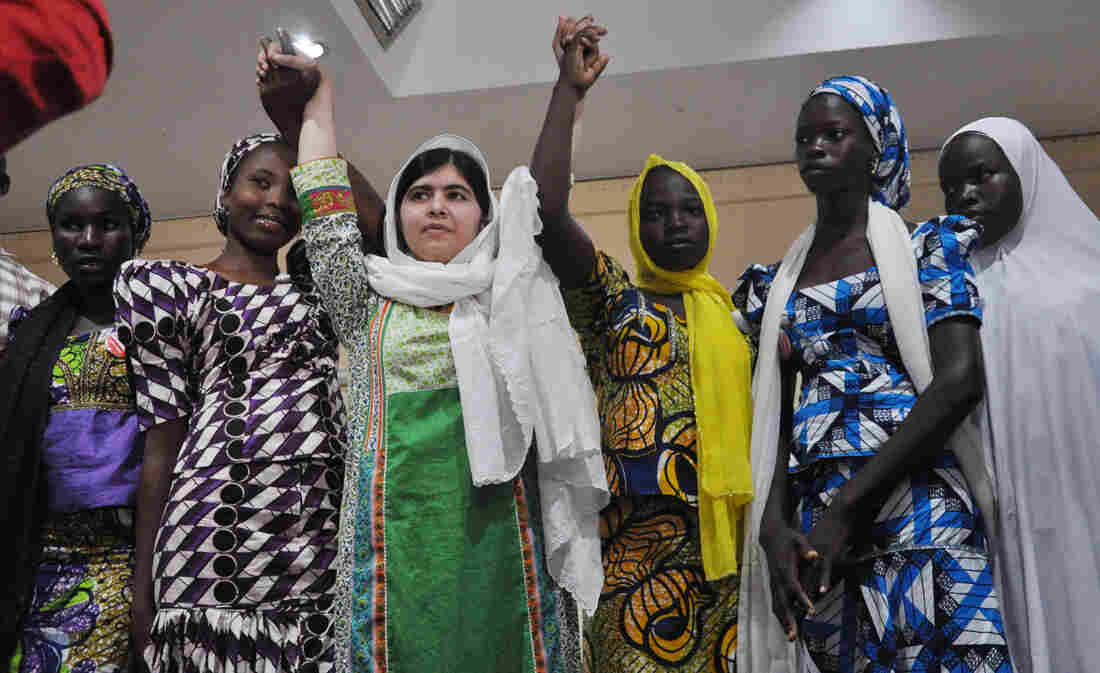 This week, Pakistani activist Malala Yousafzai met with some of the girls who escaped Boko Haram's captivity. The Islamic extremist group gained attention in April when it kidnapped more than 200 girls from a school in northeastern Nigeria. Many girls are still missing. Olamikan Gbemiga/AP hide caption 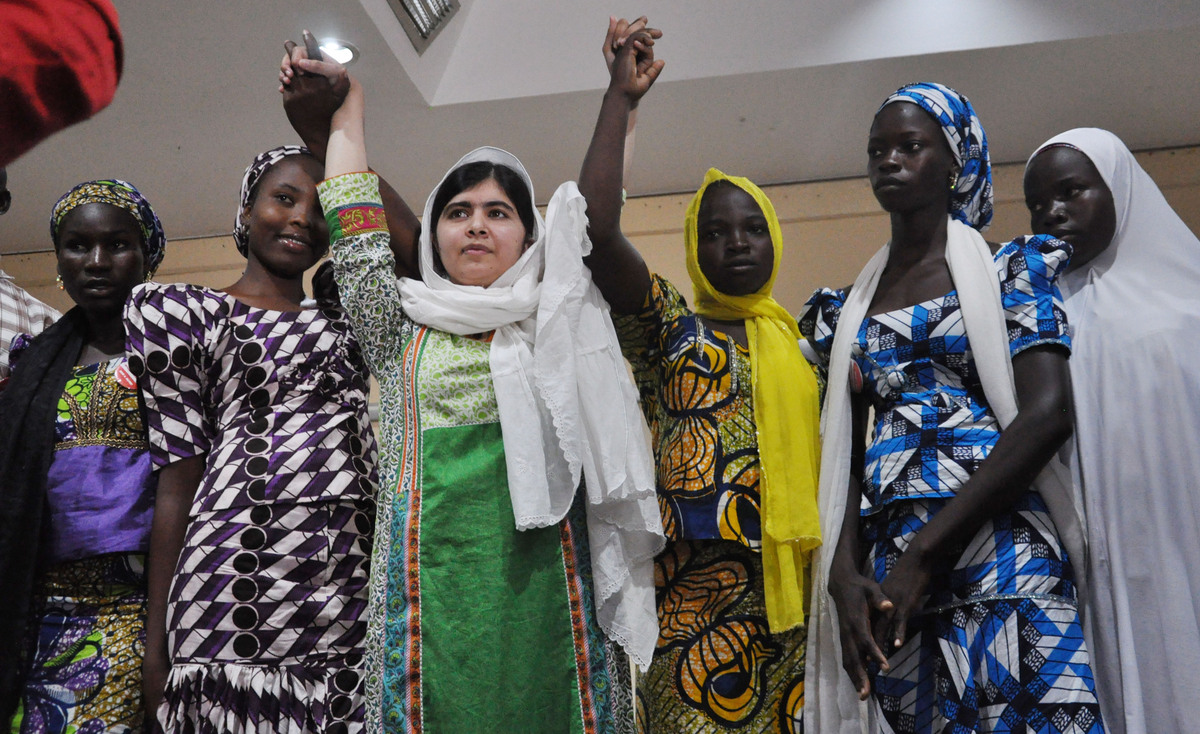 This week, Pakistani activist Malala Yousafzai met with some of the girls who escaped Boko Haram's captivity. The Islamic extremist group gained attention in April when it kidnapped more than 200 girls from a school in northeastern Nigeria. Many girls are still missing.

The Nigerian group Boko Haram is part of a new generation of Islamist extremists. It was founded in 2002, but received only limited, periodic attention until April when it kidnapped more than 200 girls after raiding a school in northeastern Nigeria and threatening to marry the girls off or sell them as slaves. Some girls escaped, but many are still missing.

Journalist Alex Perry wrote a recent cover story for Newsweek about the group and the new e-book The Hunt for Boko Haram: Investigating the Terror Tearing Nigeria Apart, published by Newsweek. He says Boko Haram doesn't have logical reasons for the atrocities it commits.

"If you're looking for logic and clarity and well-thought-out strategy in a group like Boko Haram, you're going to come up wanting," Perry tells Fresh Air's Terry Gross. "This is not smart jihadi thinking. These guys are really badly educated. They're dumb, essentially."

Perry is a contributing editor for Newsweek and served as a bureau chief in Africa and India for Time. His forthcoming book is The Rift: The Future of Africa.

He talks about Boko Haram's founder, its current leader and how the group tries to justify the many violent acts it commits, including beheadings.

On the nature of Boko Haram and its motives

Why is this group abusing, selling off girls, kidnapping them? Why is it killing boys? Why is [it] killing any children? Why is it beheading people left, right and center? Why is it wiping out villages and showing this capacity for extreme and merciless violence? It's quite a difficult question to answer. ...

What it is ... is heavily armed playground thuggery in an area of absolutely no government control, of [complete] lawlessness and impunity where they're allowed to do what they want, so the baddest guy wins.

The uncomfortable problem that that sets up for Western campaigners who, very naturally, expressed concern for the girls [who] were kidnapped is that these guys were looking for attention. And with the "Bring Back Our Girls" campaign that went viral on Twitter ... and [how it] got people involved from Angelina Jolie to the president of Nepal [Ram Baran Yadav] to Malala [Yousafzai] — the girl from Pakistan [who gained prominence after being shot in 2012 by the Pakistani Taliban while campaigning for girls' education] — to whoever — well, that gave Boko Haram the kind of attention ... it only could ever have dreamed of.

On Boko Haram's relationship to al-Qaida

They seem to be even more extreme than al-Qaida. A few years ago, we could've barely imagined that. The lack of education among the highest leadership makes them very difficult to reason with, to talk to, and to expect anything other than [a] nihilist pursuit — or violence and death, really.

I read [Osama] bin Laden's letters from the stash that was picked up from Abbottabad [Pakistan] after he was killed — and it's really interesting. After about 2007, he clearly rethinks the whole project and starts writing all these letters to different groups around the world saying, "Calm down. Stop the killing. Stop making us so unpopular."

On the U.S. advisers who went to Nigeria to work with the military to help save the kidnapped girls

I think very quickly these advisers turned 'round and said, "There is no way we can work with these people. This is a criminalized army. We have no idea where our money or expertise — what it would go towards."

One thing that a lot of countries offered was surveillance drones. Well, the truth is, Nigeria has its own drones. They're sitting parked in a hangar in Abuja. [Nigeria] just never used them. There's some question of whether it knows how to. I think the advisers, when they arrived, realized fairly rapidly that they were stepping into some very, very difficult waters and were being asked to create a relationship with an army that they really were going to have difficulty working with. ...

I'm talking about the official Nigerian army — it's by any reckoning one of the biggest criminal organizations in Nigeria. That doesn't mean that it's a unified mafia group, but at the senior level, the generals are filling their pockets — and these are the guys that the advisers were going to have to be working with.