Accessibility links
How That Pinkish Goo Called Silly Putty Came Out Of Its Shell There is some debate over who actually invented the toy, but it's clear that a mix of science and marketing helped Silly Putty make a lasting impression. 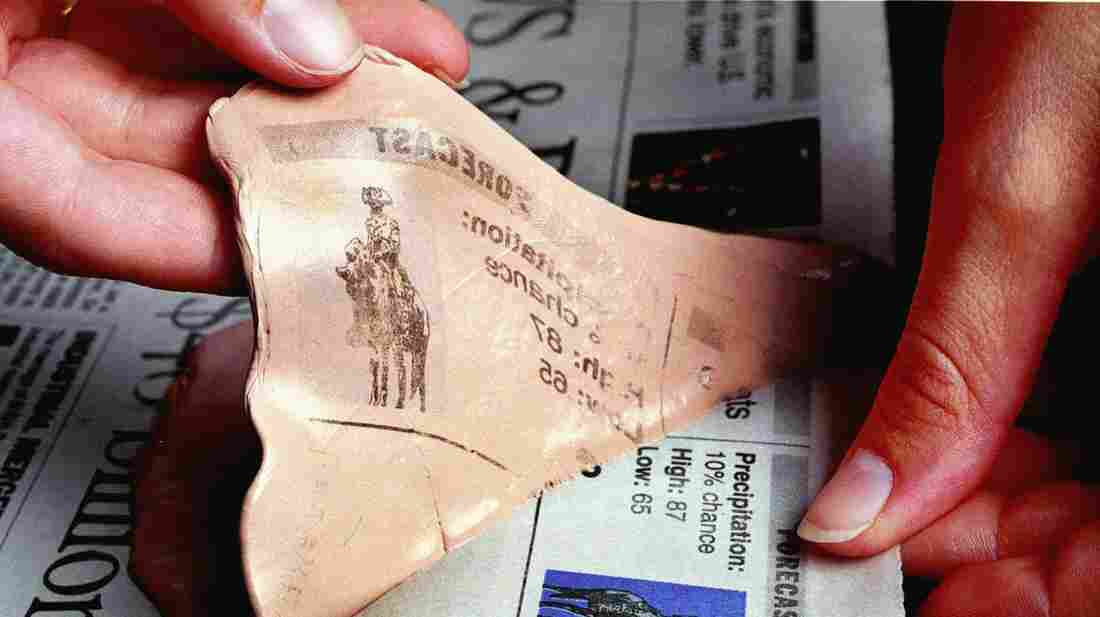 One of the wonders of Silly Putty. Tom Copeland/AP hide caption 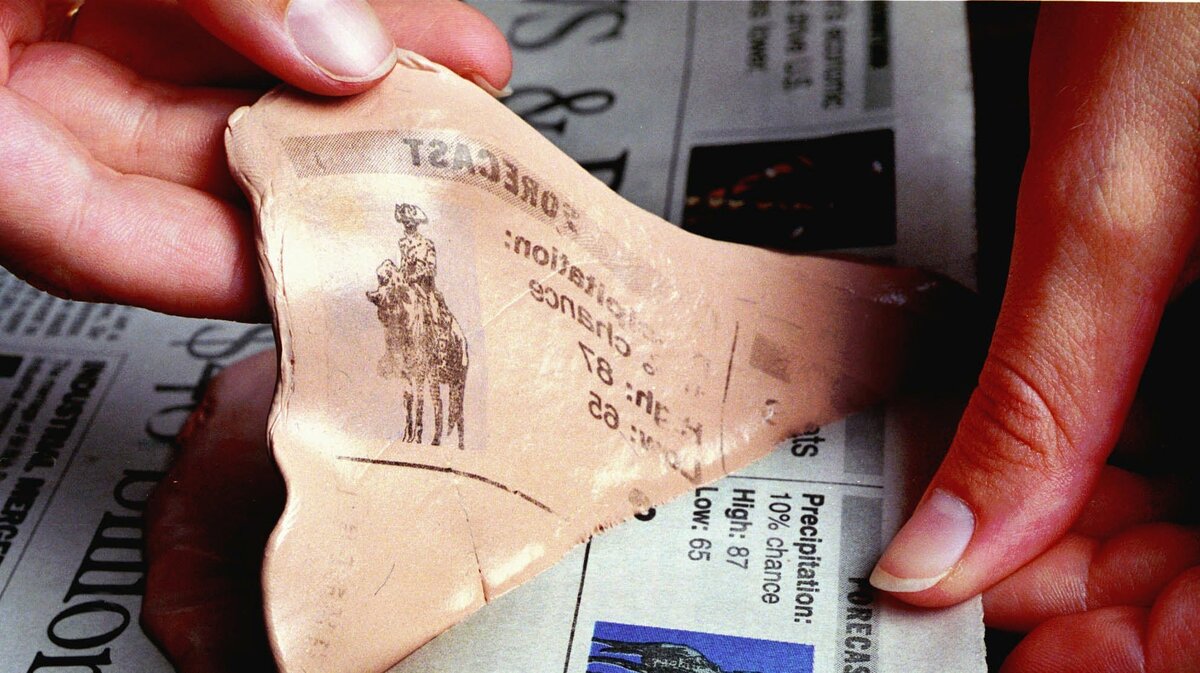 One of the wonders of Silly Putty.

While it may have escaped the notice of anyone under 40 years old, the pinkish goo in the red plastic egg stomped into the National Toy Hall of Fame in 2001, where, with more than 300 million units or 4,000 tons sold since 1950, it's not likely to be supplanted by video games anytime soon.

Backed by a certain design simplicity, the 0.47 ounces of putty can be balled up and bounced, used to pull pictures off of comics and newsprint paper, pick up lint and pet hair, and be used for a variety of physical therapies.

The putty's creation story is confused and contentious, with credit going to either Dow Corning's Earl Warrick and the wonderfully named Rob Roy McGregor, or to inventor Harvey Chin, or to General Electric's James Wright, depending on who's doing the talking. But, in full-on deus ex machina fashion, Crayola — the current owner and therefore present historian — pegs Silly Putty's 1943 start to Wright in a government-funded initiative to develop a wartime alternative to rubber.

What he and the rest discovered was that mixing silicone oil with boric acid got you a crazy, nontoxic patch of a highly viscous, superthick, non-Newtonian fluid — or putty — that bounced, stretched and neither melted nor collected mold. Which, as a rubber substitute, got it exactly nowhere.

Until an out-of-work but fairly sharp marketing guy named Peter Hodgson entered the substance into the International Toy Fair in New York in 1950. Which precipitated an all-out bout of craziness: international acclaim, a rush of orders and even a ride into orbit on the Apollo 8 to keep astronauts entertained — all of it turning Hodgson into a millionaire several times over.

According to a Crayola market study, nearly 70 percent of American households pulled the trigger on some kind of Silly Putty purchase. In raw sales numbers at the toy's height in 1987, that was well north of 2 million eggs of Silly Putty a year.

This for a classic toy that, despite now being available in glow-in-the-dark and fluorescent colors, has steadfastly refused to change to match the times. Not one iota. (We're looking at you, Monopoly.) And even if most people under 12 might have a hard time picking a newspaper comic out of a police lineup, having fun with Silly Putty was never contingent on adhering to its prescribed uses.

"I remember you using it mostly to get stuck in your hair because you fell asleep with it," said Irma Norman, my mother and a sage student of human nature. "That and the subsequent haircuts."

Now that's the stuff childhood memories are made of.