Accessibility links
Ebola Wreaks Economic Woe In West Africa In eastern Sierra Leone, health officials have set up the world's largest treatment for the Ebola virus. Businesses in the area are suffering, and people are finding it difficult to earn a living. 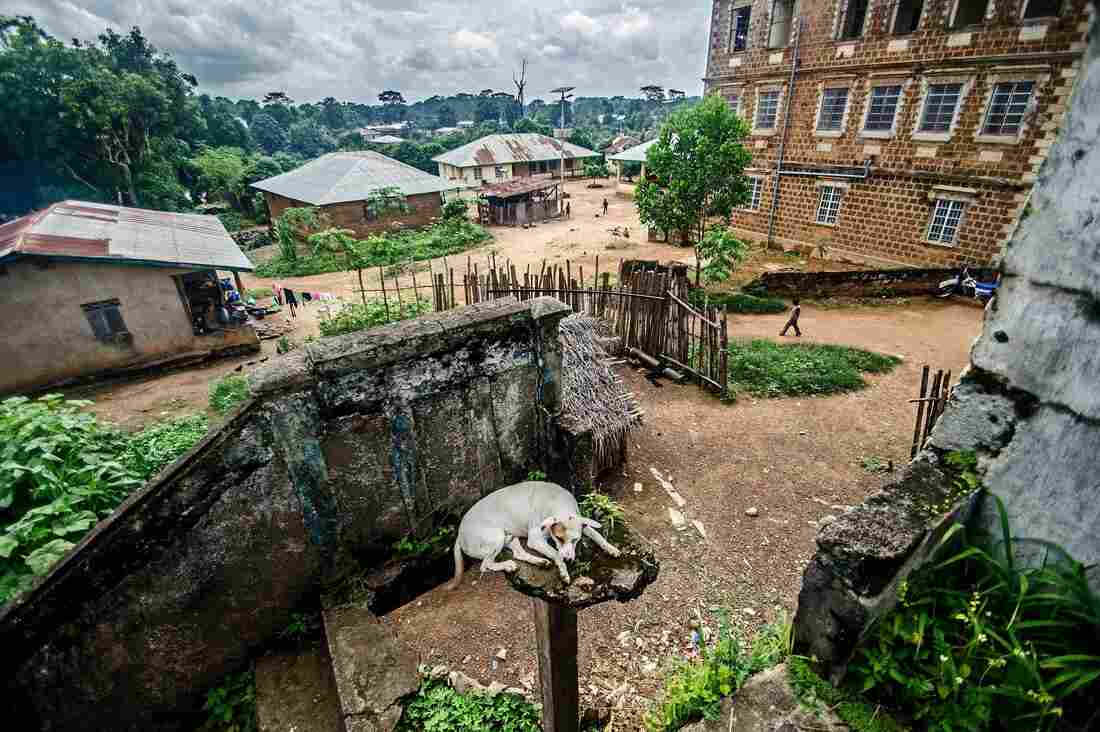 A dog sleeps in a derelict building in central Kailahun, where the streets are unusually empty. Tommy Trenchard for NPR hide caption 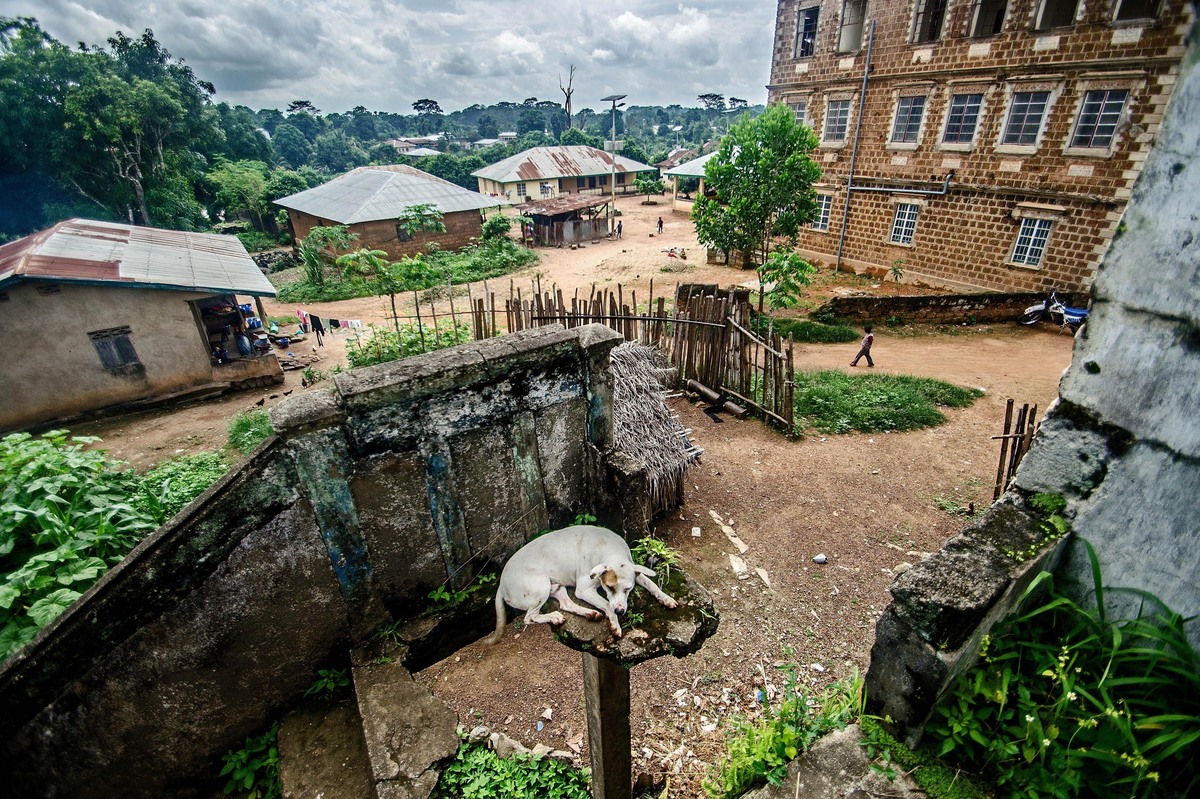 A dog sleeps in a derelict building in central Kailahun, where the streets are unusually empty.

In eastern Sierra Leone, health officials have set up the world's largest treatment for the Ebola virus. It's getting new patients every day, in an outbreak that's killed over 600 people in West Africa. Businesses in the area are suffering, and people are finding it difficult to earn a living.

In Sierra Leone, the largest ever Ebola treatment center has been set up. It's in a town called Kailahun. The center is getting new patients every day in an outbreak that has killed more than 600 people in West Africa. The spread of the deadly disease is having a chilling effect on life in Kailahun. Businesses in the town are suffering, and as and NPR's Jason Beaubien reports, people are finding it difficult to earn a living.

JASON BEAUBIEN, BYLINE: There's fear and frustration here as one of the poorest countries in the world tries to deal with one of the scariest diseases on the planet. The lone bank in Kailahun pulled its staff out and shut its doors a month ago. The government has banned large gatherings which means that among other things, all the schools are closed. A popular Friday market that used to attract vendors from as far away as Guinea and Liberia has been canceled. Stores are shuttered and the usually bustling dirt streets in the center of town are almost traffic-free.

DORIS KAMARA: I'm praying to God that it will actually go today, and let's get on - be free.

BEAUBIEN: Doris Kamara runs a small restaurant that's grandly titled, "Doris Kamara Fast Food Enterprise." It's just a couple of wooden tables under a tin roof, but she's got a powerful refrigerator and a view of what used to be Kailahun's crowded traffic circle. Kamara says Ebola is killing her business.

KAMARA: No money - after work people would come and sit here. We play music. They chat. They buy. Well, now they say no public gathering. So now they got from their working place - they go to their home. So people don't buy. That is our main frustration in this Ebola crisis.

BEAUBIEN: She's also frustrated that people have been warned not to eat bushmeat, which used to be one of her nightly staples, because it might carry Ebola. Making things worse, the fishermen who used to bring their catch to town have stopped coming.

KAMARA: For me to prepare good food now is very hard because no good meats - no good fish.

BEAUBIEN: Even her beer isn't selling. Kamara says she used to go through a crate of beer a day - 24 bottles. Now it takes four or five days before the crate is empty. The economic impact of Ebola goes far beyond Doris Kamara's fast food enterprise. Kailahun is the market town for the region. People used to come from Guinea and Liberia, but now it's popular markets are closed. And with Ebola circulating in the town, people are simply staying away. The motorcycle taxi drivers in Kailahun have been extremely hard-hit by the Ebola panic.

ABU SENESIE: Since the disease break out on busy street, people are afraid to move, and we only get money from these people. So at this time, very difficult.

BEAUBIEN: Abu Senesie, who drives one of the hundreds of small Chinese-made motorcycle taxis, says business has plummeted. And yet, he still has to pay the roughly $5 a day in rent for his machine. Adding insult to injury, some people now are avoiding the moto-taxis altogether. They don't want to sit up against the driver. As part of the Ebola prevention messages, the government has warned residents to avoid touching other people. Senesie says the fear goes both ways. Now drivers are scared that passengers might be sick with the potentially lethal disease.

SENESIE: Even when you are moving with passenger, you will be afraid because you don't know. Maybe along the way if that person affected, it simply would be transferred, and you would be be affected also.

BEAUBIEN: And while that thought is often in the back of his head, he says the biggest effect of Ebola for him right now is on his wallet. Jason Beaubien, NPR News, Kailahun, Sierra Leone.