Accessibility links
At 2014's Newport Folk Festival, 5 Discoveries To Stretch Folk's Limits The long-running festival has a tremendous history of testing its genre's boundaries. From Anais Mitchell to Death Vessel to the one-man band Reignwolf, download five songs from this year's lineup. 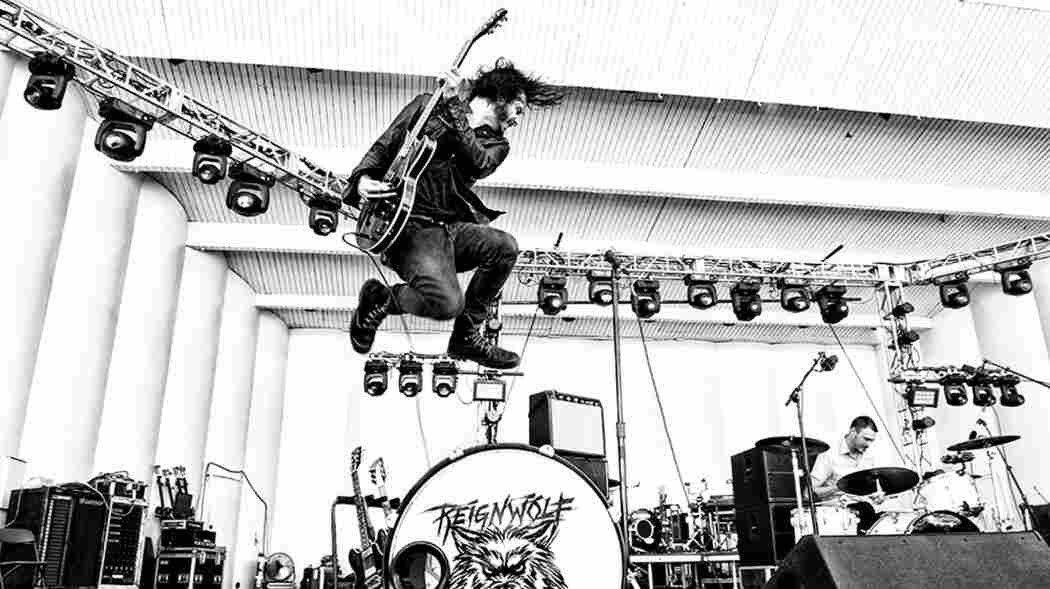 If you look closely, Reignwolf's guitar is plugged in. Newport's 1965 crowd would not be pleased. Dana Yavin hide caption 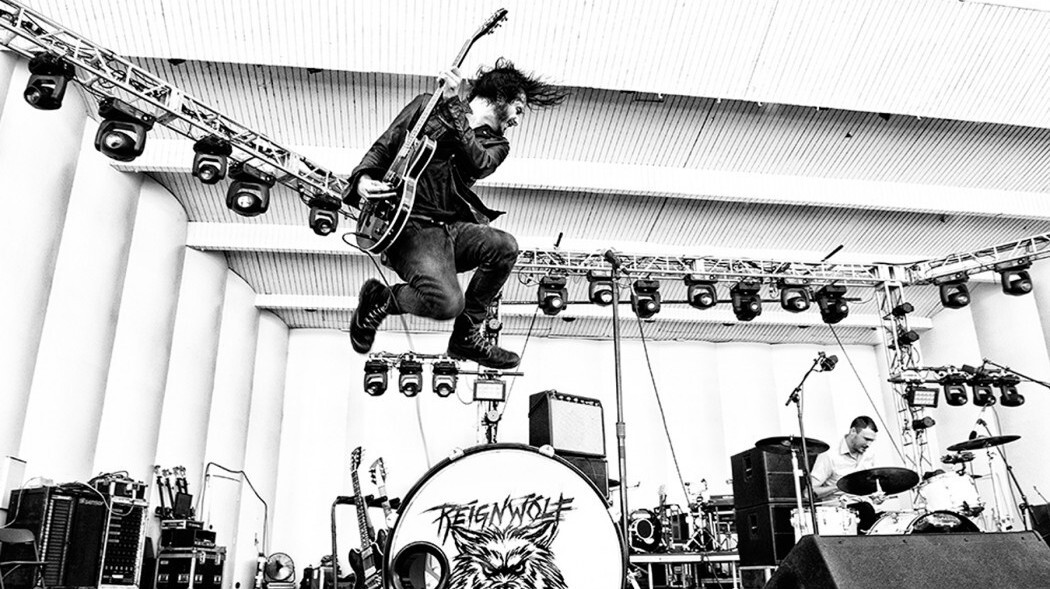 If you look closely, Reignwolf's guitar is plugged in. Newport's 1965 crowd would not be pleased.

From its legendary beachfront locale to its celebrations of folk music's past, the Newport Folk Festival draws on more than half a century of celebrated traditions. But it's also an event in which folk's boundaries are tested: This is, after all, where Bob Dylan famously plugged in an electric guitar 49 years ago, in the process enraging the purists in the crowd.

In recent years, Newport organizers have taken great liberties of their own with folk's definition — and "great" can be read in a quantitative and qualitative sense. Scan the names atop this year's main-stage lineup (Ryan Adams, Jack White, Nickel Creek, Mavis Staples, Jimmy Cliff, Jeff Tweedy, et al), and you'll see name after name for whom "folk" is at most a supplementary ingredient.

On July 25-27, NPR Music continues another marvelous Newport tradition, as we showcase and archive a diverse cross-section of the Newport Folk Festival's impeccably curated main-stage concerts. But in the meantime, we've also got this glimpse of some of the event's most promising up-and-comers — complete with a chance to download a song from each. 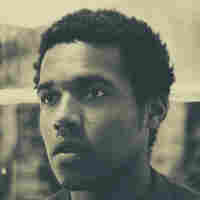 Enlarge this image
Max Norton/Courtesy of the artist 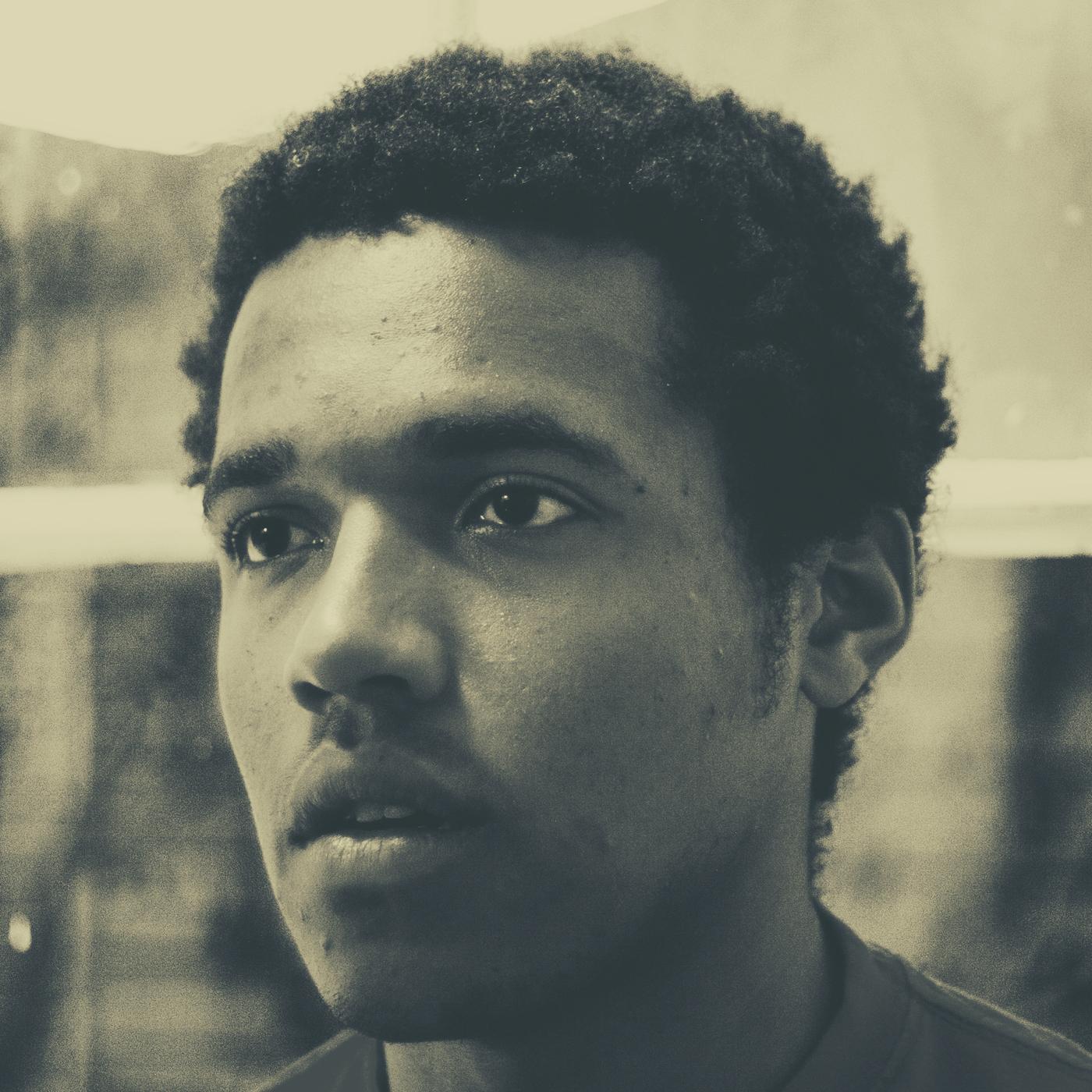 06Have You Seen My Son

Benjamin Booker is still in his early 20s, so when he says he grew up loving hardcore punk, he means he was influenced by hardcore punk not so very long ago. The hot-shot New Orleans blues-rock singer-guitarist has been opening for Jack White on tour — a pairing that makes perfect sense when you roll around in the hard-charging epic "Have You Seen My Son." It's from Booker's self-titled debut album, due out next month. 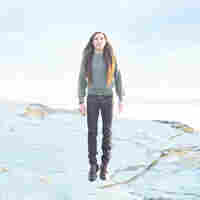 Enlarge this image
Corey Grayhorse/Courtesy of the artist 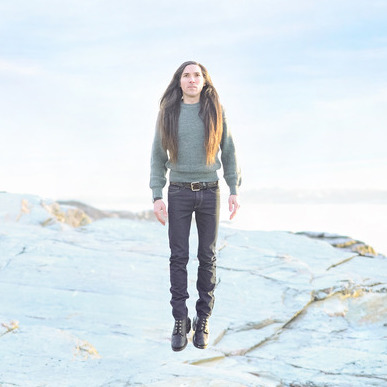 Corey Grayhorse/Courtesy of the artist

Joel Thibodeau is based in New England, but you wouldn't know it from listening to his third album as Death Vessel, this year's gorgeous Island Intervals. Recorded in Iceland with the help of Sigur Ros' Jonsi (among others), the album seems to reach inward and heavenward at the same time — never more beautifully than in "Ilsa Drown." Jonsi himself pops up throughout the song, but this is Thibodeau's own subtly soaring show. 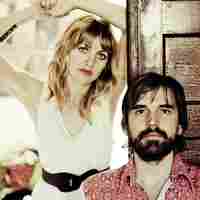 Enlarge this image
Jay Sansone/Courtesy of the artist 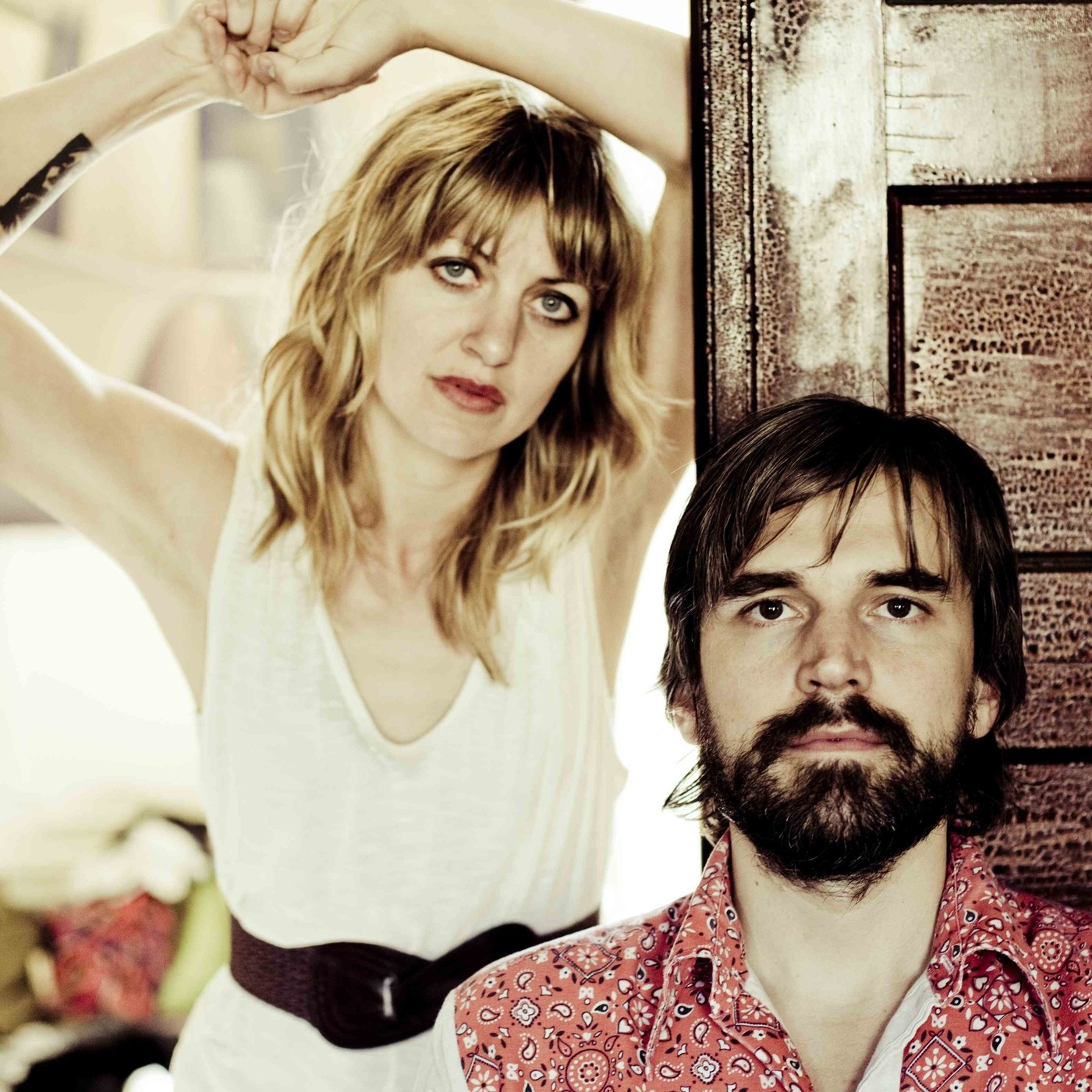 Jay Sansone/Courtesy of the artist

Anais Mitchell is a nuanced and creatively ambitious singer who infuses her material with references to Greek and biblical mythology; she even recorded a full-length "folk opera" (2010's Hadestown) based on the Orpheus myth. With Jefferson Hamer, an inventive singer in his own right, she recorded last year's Child Ballads, an exquisitely rendered set of seven freshly reinvented old folk songs. 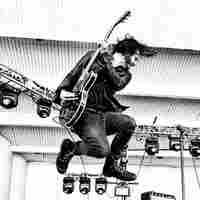 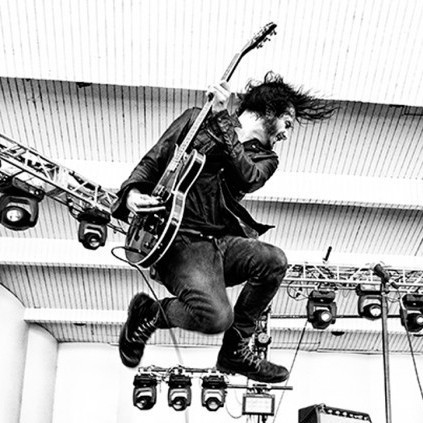 Dana Yavin/Courtesy of the artist

Jordan Cook is a one-man rock 'n' roll band, complete with simultaneously pulverized kick drum and electric guitar. Recording as Reignwolf, the Seattle-via-Saskatoon dervish doesn't sit comfortably within any given definition of folk music. But any festival with Jack White on the marquee is wise to make room for a powerhouse with this much raw, almost otherworldly energy.

Buy the song on iTunes. 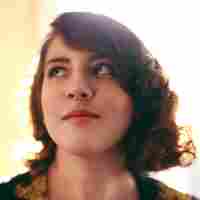 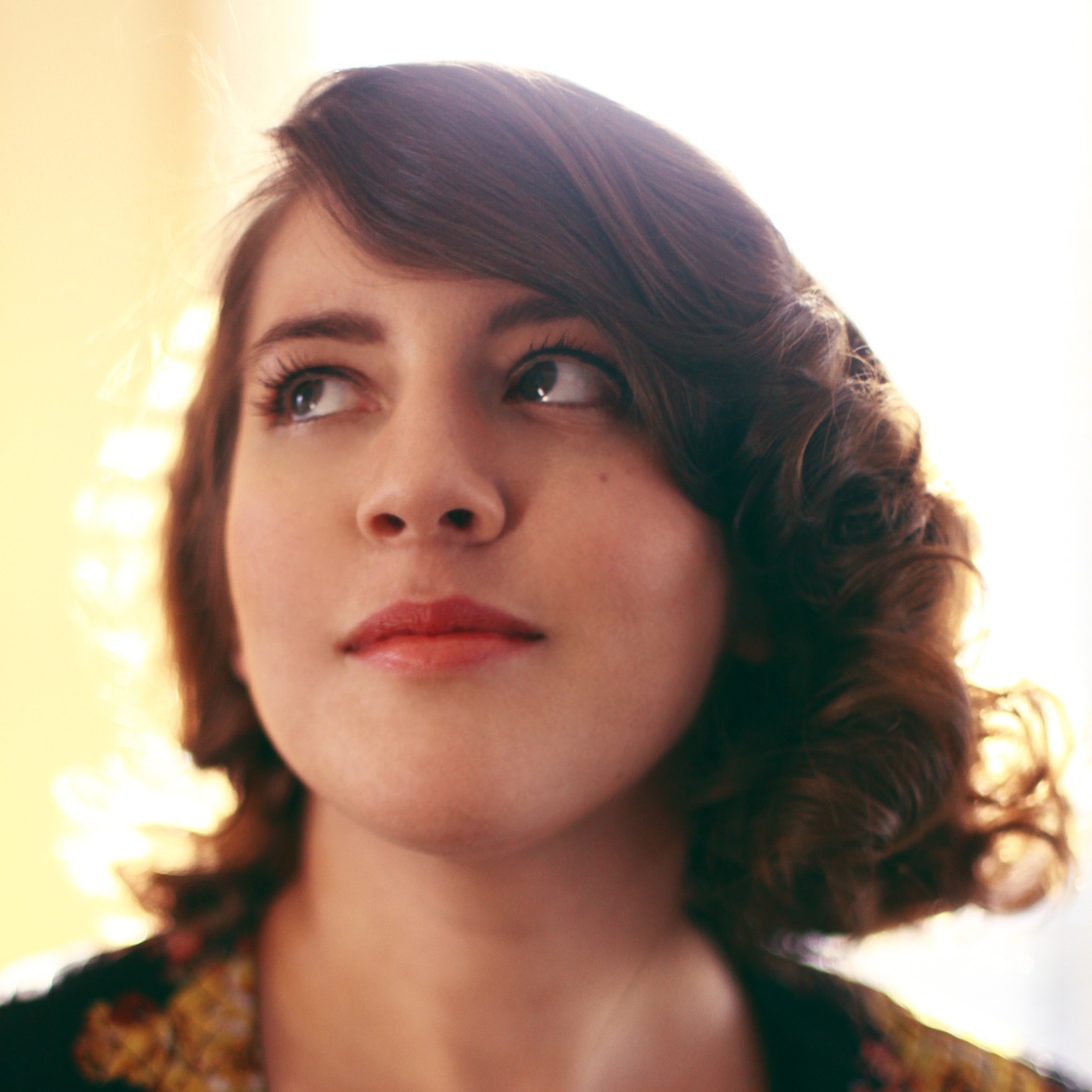 Melissa Madison Fuller/Courtesy of the artist

Caitlin Rose's parents are both members of Nashville's country industrial complex, so she followed her own path — through indie-rock, then right back into country music. Appropriately, her fine 2013 album The Stand-In doesn't stay put in a given genre; it finds a smart sweet spot between the music that raised her and the new sounds that sustain her.