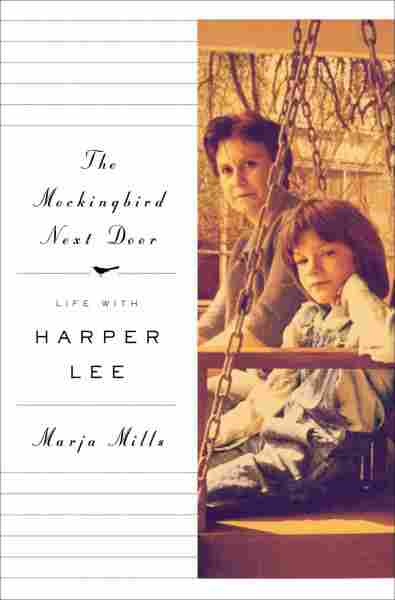 The Mockingbird Next Door

In 1960, Harper Lee published To Kill a Mockingbird, won the Pulitzer Prize, and overnight became one of America's most beloved writers. But Lee was overwhelmed by the media blitz that followed. She retreated from the public eye, became wary of journalists, and never published another book.

Then, in 2001, a reporter for The Chicago Tribune showed up in Lee's hometown of Monroeville, Ala., to work on a story about the town, which is the model for the fictional setting of Lee's novel.

The reporter, Marja Mills, struck up a friendship with Lee's older sister Alice, who was then 89 years old. The sisters lived together and, through Alice, Mills eventually met Harper Lee (or Nelle Harper, as she's known in town).

In 2004, Mills moved into a rented house next door to the Lees and got to know the sisters and their friends in town over the course of 18 months.

Now, Mills has published a book about her time with the Lees, The Mockingbird Next Door: Life with Harper Lee.

However, Lee, now 88, has issued a statement saying she did not willingly participate or authorize it, as she said in 2011 when the publisher bought the book. Mills says the book was reported with the full knowledge and agreement of both sisters and says she was surprised by the resistance.

"Things have been happening around them, I would say. I just know that [the book is] true to the spirit of the time that I spent with them," Mills tells NPR's Kelly McEvers. "These are smart women who were clear with me."

Mills emphasizes that her book is a memoir, not a biography.

"So this doesn't examine every part of [Lee's] life beginning to end," she says. "It's really more a chance for readers to have this extraordinary experience, which was what it felt like to sit at the kitchen table having coffee with Nelle Harper and talking about Truman Capote and literature."

The phone rang in my little room at the Best Western motel on the outskirts of Monroeville, and I picked it up. "Hello?"

More On 'Mockingbird Next Door'

"Miss Mills, this is Harper Lee. You've made quite an impression on Miss Alice; I wonder if we might meet."

She had said this will be for a visit, not an interview, so I knew this was not this interview with Harper Lee that people had been seeking all those years. ...

It was thrilling and ... it was just unnerving not knowing what to expect.

And I remember it was a bright day and it was dark in this little motel room, and just kind of blinking into the light and seeing a woman who I thought looked practical in every regard. She had short hair, kept it trimmed straight across her forehead, big glasses. Looked very sort of sturdy and practical, and welcoming.

Well, this was never gonna be a biography, but this is the book that [the Lee sisters] very much helped me shape. And [Harper Lee] was very clear. She would say to me, "Now you put that in there," meaning put that in the book. Or, "Now that's off the record," and she knew I would respect that. ...

I didn't feel entitled to more than she wanted to tell me.