Accessibility links
First Listen: Bear In Heaven, 'Time Is Over One Day Old' The Brooklyn band writes inventive epics that behave like highly concentrated energy shots. You have to pay attention, because key elements arrive and depart in a blink.

First Listen: Bear In Heaven, 'Time Is Over One Day Old'

First Listen: Bear In Heaven, 'Time Is Over One Day Old'

Time Is Over One Day Old 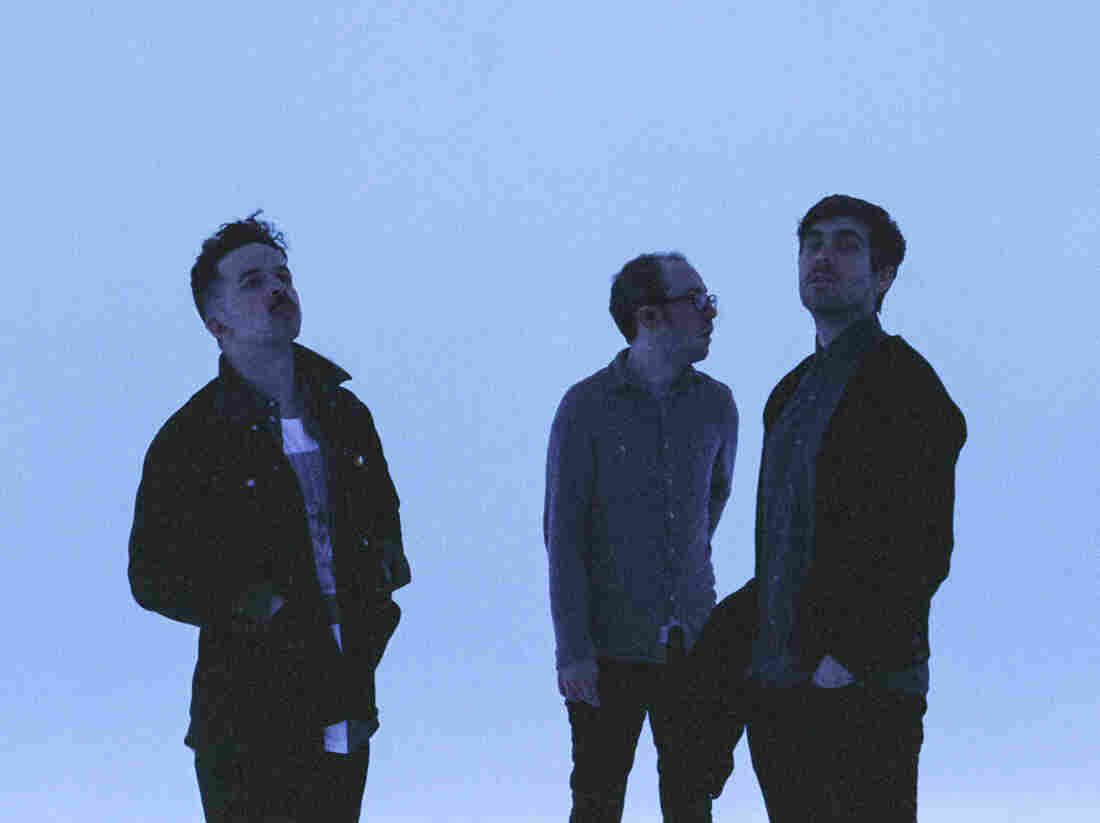 Bear In Heaven's new album, Time Is Over One Day Old, comes out Aug. 5. Dusdin Condren/Courtesy of the artist hide caption 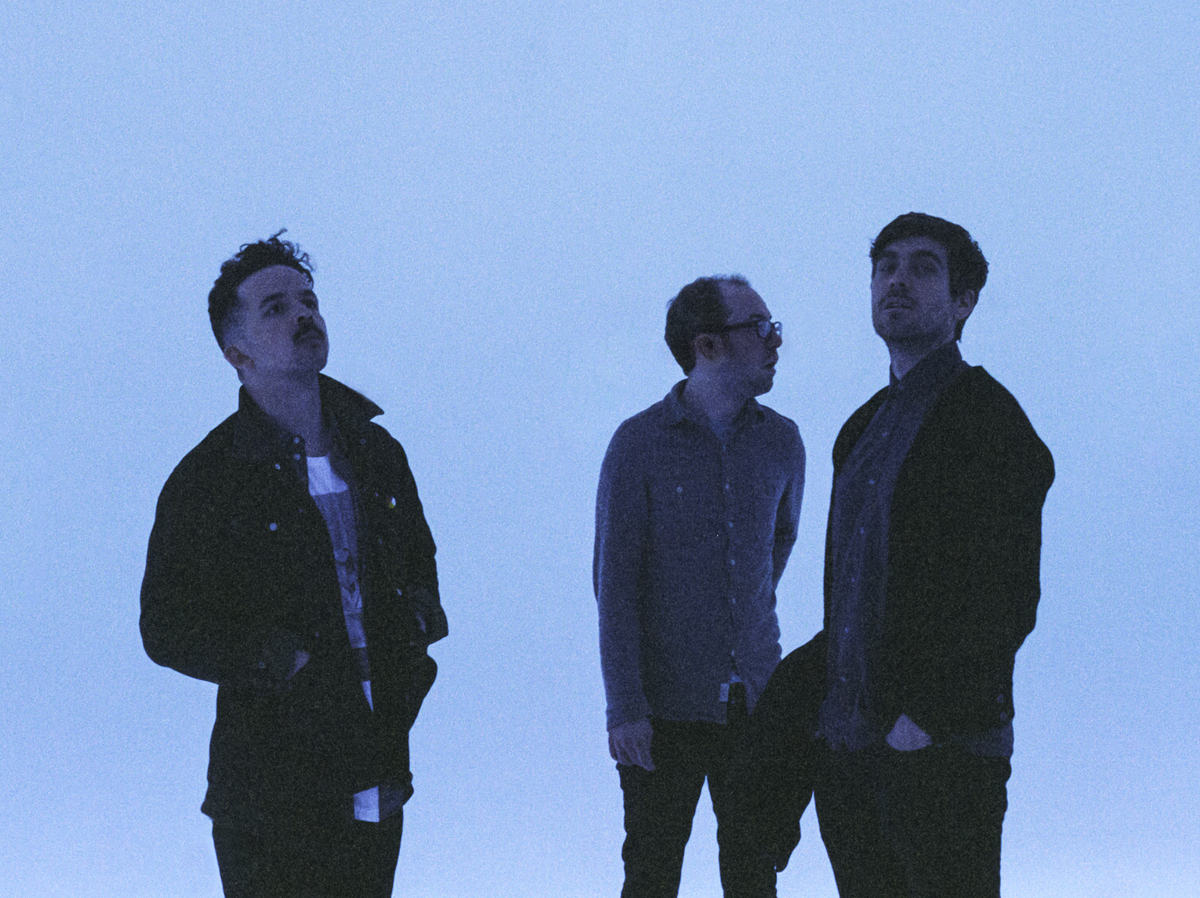 Bear In Heaven's new album, Time Is Over One Day Old, comes out Aug. 5.

Two minutes and 11 seconds into "They Dream," from Bear in Heaven's fourth album Time Is Over One Day Old, the music takes a strange turn. The band has been shuttling along at a riveting adventure-movie clip, with Jon Philpot's reverb-swaddled voice functioning as the primary distinct element in a sleek blur. Then, abruptly, the tempo stops. A wash of Space Mountain synths dissolves slowly — the set has been struck. When Philpot begins to sing again, he's the sole occupant of the spotlight. Now he's offering a curious stray thread from a love story, and though the melody is new, its lovely elongated phrases echo those in the first part of the tune. What began as a thrill ride ends as something shadowy and mysterious and poignant.

The song lasts a little more than five minutes, and it never circles back to the money-shot "hook"; once that riveting moment disappears, it's gone for good. Those who expect their tunes to follow a strict verse-chorus schedule might find it unsettling, but those who have immersed themselves in Bear in Heaven's previous efforts — notably 2012's I Love You, It's Cool — will adjust. Because a signature lure of this Brooklyn band lies its fresh thinking about song structure: Philpot and multi-instrumentalist Adam Wills write epics that behave like highly concentrated energy shots. Their themes are sometimes somber, in a rock-anthem way that suggests it could take many long verses to get the full story. Their dramatic ramp-ups summon the thundering fury of U2. Their memorable refrains (and most of them are unshakably memorable) reach for and regularly glimpse celestial peaks. But there's a big catch: It's all highly concentrated. You have to pay attention, because these elements arrive and depart in a blink.

Bear in Heaven has been criticized for this compressed approach in the past, and with reason — its synth-centered landscapes are so intoxicating, you could imagine them easily inspiring extended romps in the vaguely psychedelic space-rock sphere. The band might want to visit that realm someday, but for now, its songs are edited for maximum impact. Philpot and multi instrumentalist Adam Wills have always had a clear sense of how the music should unfold, even if that means jettisoning beloved sections and messing with listeners' expectations.

On Time Is Over One Day Old, the band has achieved a golden mean on the expectation/disruption axis: The ethereal verses and nectar-like hooks last just long enough to become familiar, yet never return frequently enough to wear out their welcome. Part of the credit for this goes to the sumptuous textures: "Autumn" has an intriguing and beautifully harmonized refrain that happens exactly twice and ends with a hypnotic electric drone-scape, with vocal phrases like "a pleasure bearing down" peeking through its thick array. Even when Philpot intends to be explicit about a message, as in the swamp crawl "If I Were to Lie," he doesn't convey it by hammering some catchphrase over and over. He's more likely to string along stray fragments of story, relying on the shimmering atmosphere to fill the scene with detail.

Time is to the composer what an open canvas is to a painter. Philpot and Wills have evidently been thinking generally about time — see the album title — and within the songs themselves, they test out provocative notions about duration and repetition; about what happens when; and about different ways to create drama. Melding the gravitas of majestic, slowly unfolding anthems with punk's cut-to-the-chase brevity, Bear In Heaven has created vibrant, defiantly imaginative music for a rapidly expanding market segment: twitchy souls with short attention spans. But even those whose minds move at analog speed should learn to savor Bear in Heaven's sublime, episodic music. There's really no choice, because these songs blossom quickly and evaporate quickly, as fleeting as time itself.