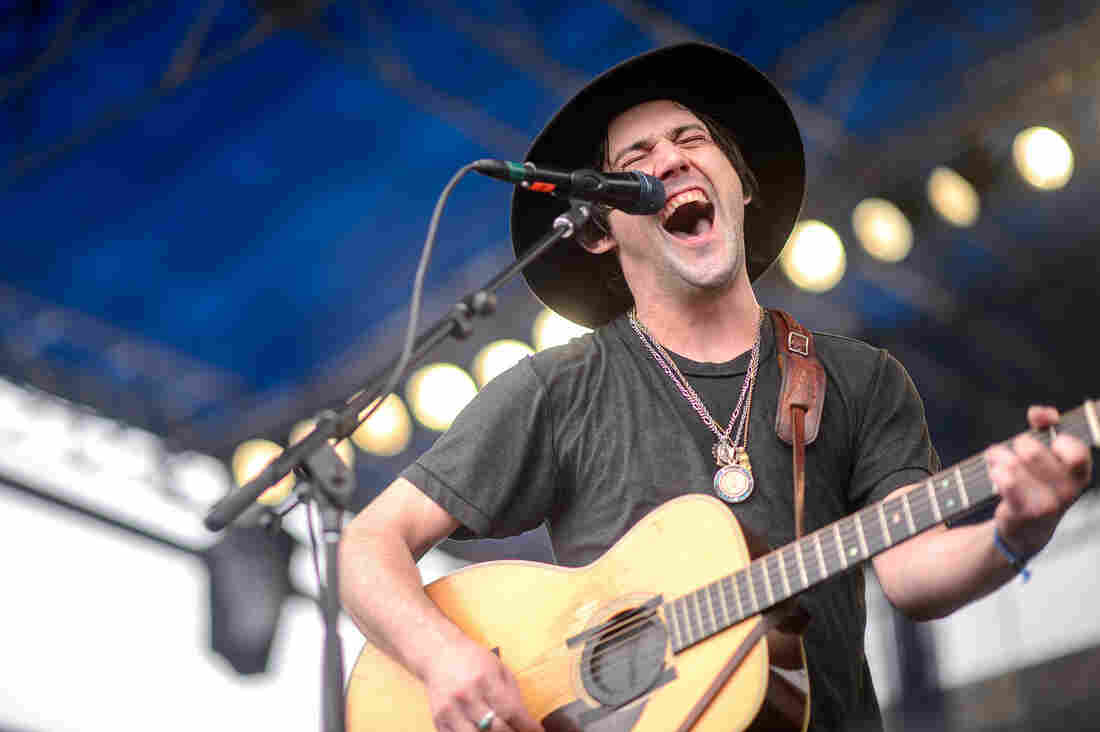 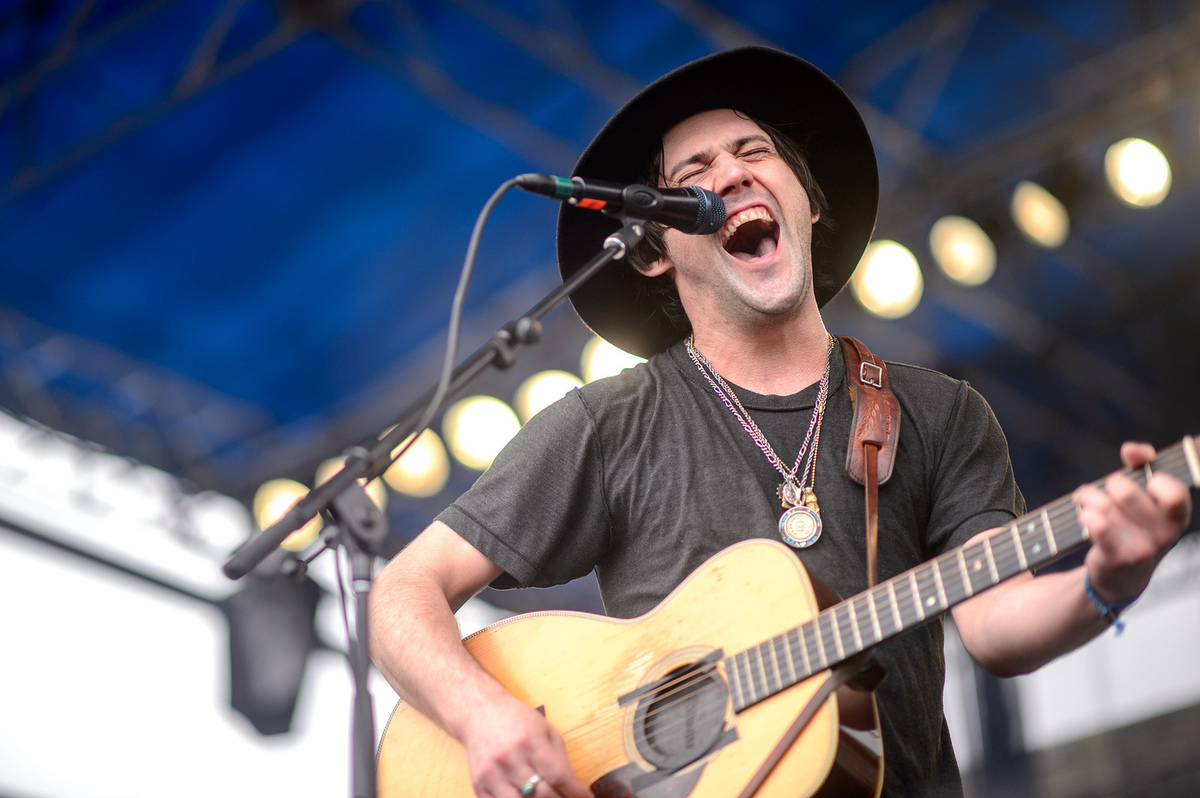 Far removed from his days as a white-knuckled teenage prodigy in Bright Eyes, Conor Oberst has settled into his 30s as a wise and wizened elder statesman. He's come to channel his youthful intensity into real showmanship, especially onstage, while continuing to mine powerful emotions and a sort of fearless poignancy in his songwriting.

Oberst has worked with many bands since Bright Eyes, including Desaparecidos and Monsters of Folk, but his latest record, the very fine Upside Down Mountain, is a solo album that finds him pairing inward-looking observations with outward-facing arrangements that project genuine soul and panache.

Onstage, he was joined by horns, backing vocalists and a set of faces familiar to Newport diehards: his touring partners in the roots-rock band Dawes, who perform a full set of their own earlier in the day. Hear Conor Oberst perform as part of the 2014 Newport Folk Festival, recorded live on Sunday, July 27 in Newport, R.I.