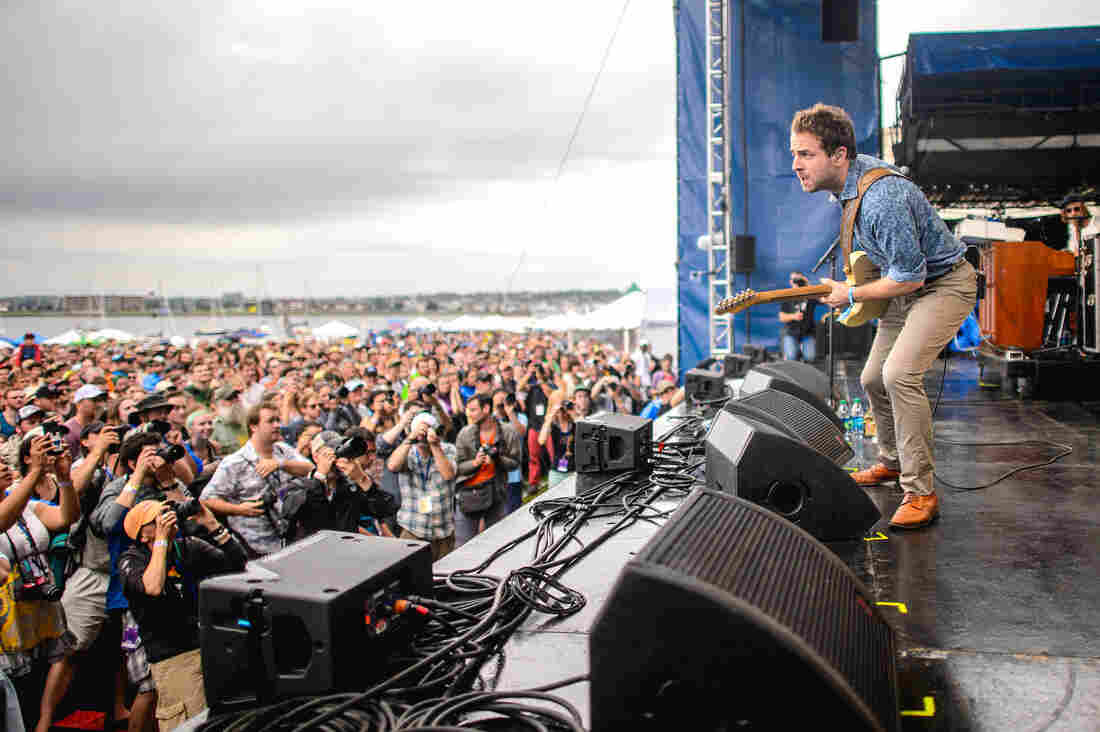 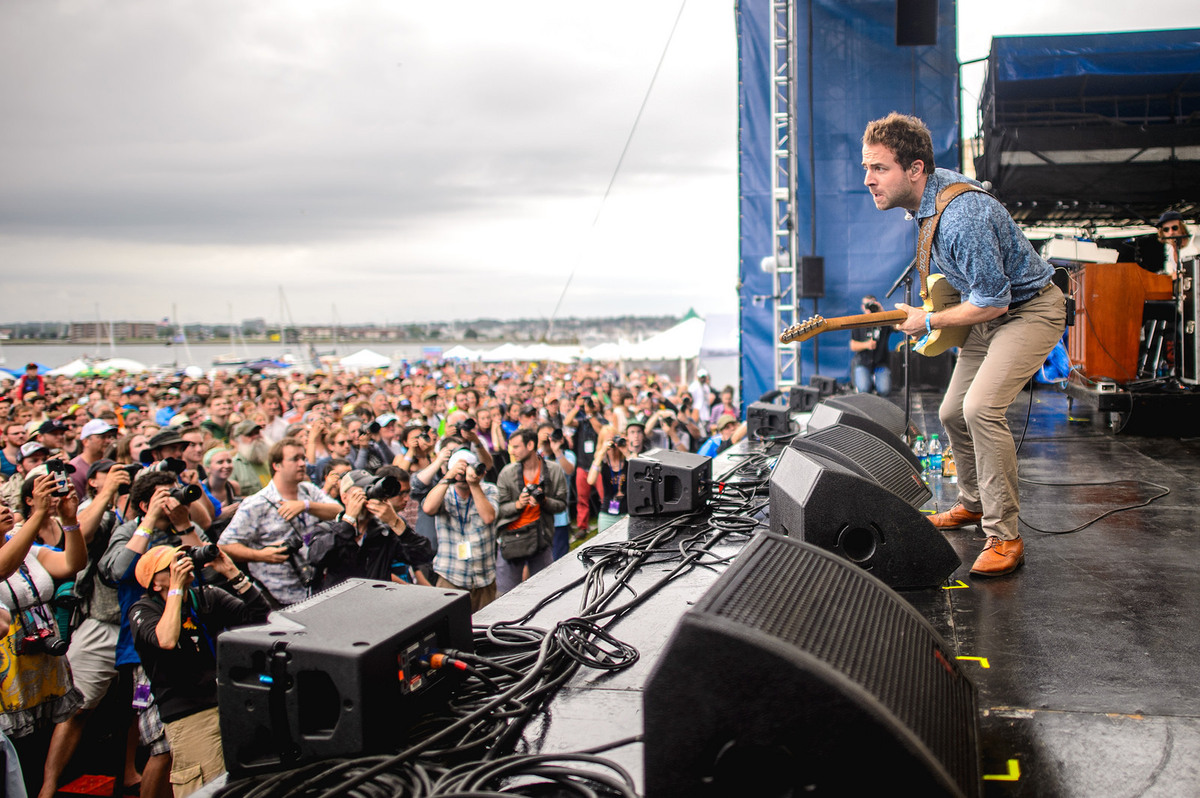 Taylor Goldsmith of the band Dawes performs at the 2014 Newport Folk Festival.

The Newport Folk Festival sells out months before its lineup is announced, but fans aren't entirely in the dark: Most know there's at least a 50 percent chance that the lineup will include the countrified California roots-rock band Dawes. Led by brothers Taylor and Griffin Goldsmith, Dawes is a heartwarming crowd-pleaser, both on stage and on albums like last year's Stories Don't End.

Dawes enthusiasts are doubly in luck with this year's lineup: The band not only gets its own set on the main stage, but also serves as Conor Oberst's backing players mere moments later. Hear Dawes perform as part of the 2014 Newport Folk Festival, recorded live on Sunday, July 27 in Newport, R.I.