Accessibility links
Jeff Tweedy, Live In Concert The resume of Jeff Tweedy includes groundbreaking bands Uncle Tupelo and Wilco and a new album made with his teenage son. Tweedy performed at the 2014 Newport Folk Festival on Sunday, July 27. 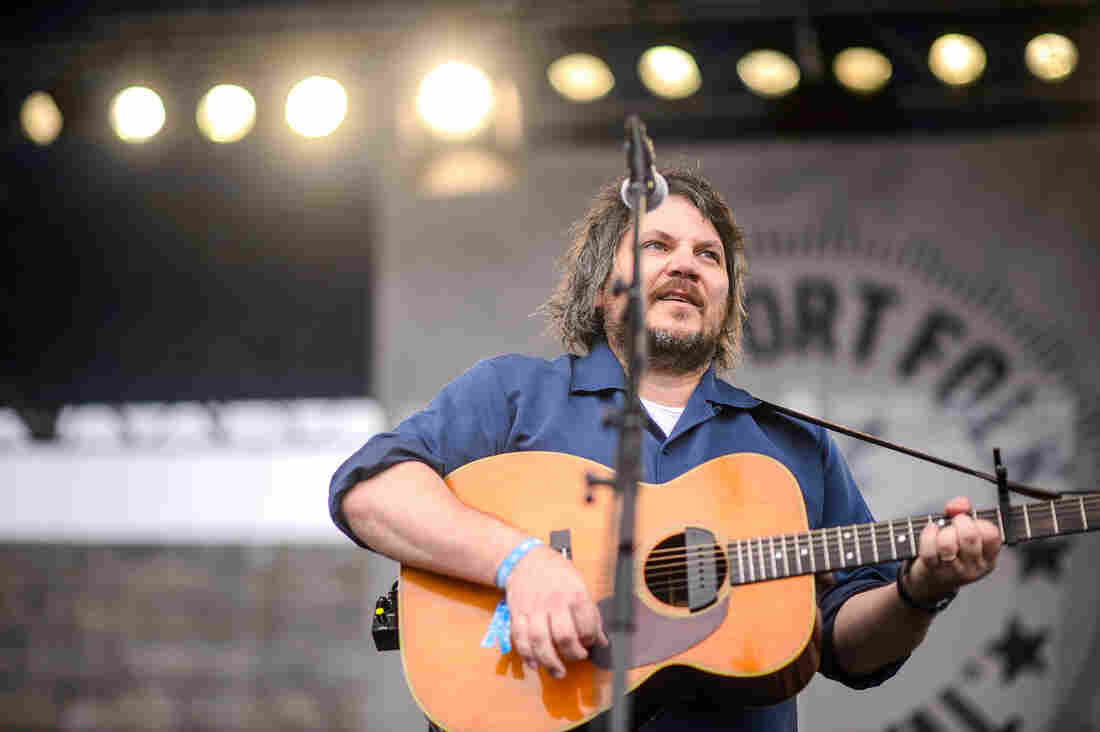 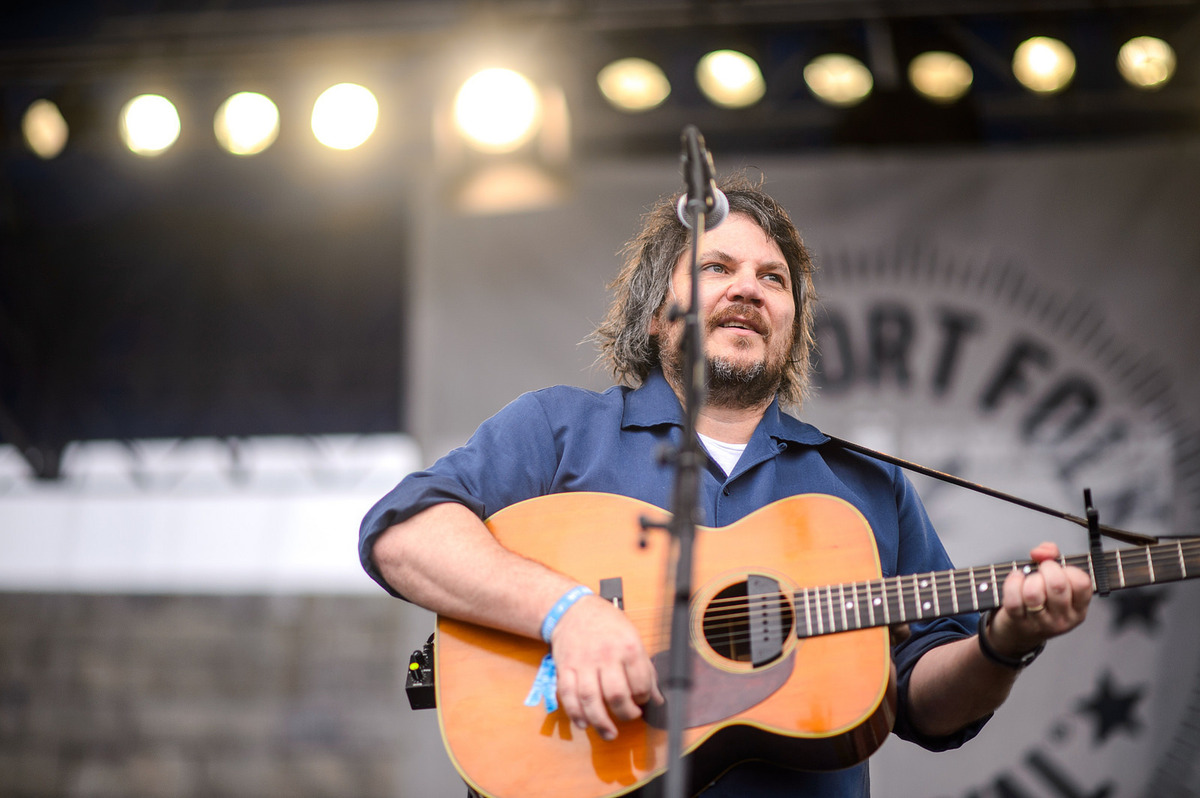 There aren't a whole lot of failures on the resume of Jeff Tweedy, who co-piloted the groundbreaking alt-country band Uncle Tupelo in the '80s and early '90s, then multiplied its popularity as the leader of Wilco. In that band, Tweedy's refusal to compromise his vision led to his greatest commercial success, vaulting idiosyncratic records like Yankee Hotel Foxtrot and A Ghost Is Born into the canon.

In recent years, Tweedy has extended his reach behind the scenes, producing albums by the likes of Low and Newport headliner Mavis Staples (who made a guest appearance on stage just before her own set). But after dabbling in side projects like Golden Smog, he's also begun to work as a true solo artist, though his forthcoming album was assembled in collaboration with his teenage son Spencer.

Backed by his touring band and vocalists Jess Wolfe and Holly Laessig — the co-leads of the band Lucius — Jeff Tweedy surveyed his career onstage as part of the 2014 Newport Folk Festival, recorded live on Sunday, July 27 in Newport, R.I.