Accessibility links
Nickel Creek, Live In Concert The trio of onetime child prodigies returned this year after a seven year hiatus with no loss of creativity or chops. Nickel Creek performed at the 2014 Newport Folk Festival on Saturday, July 26. 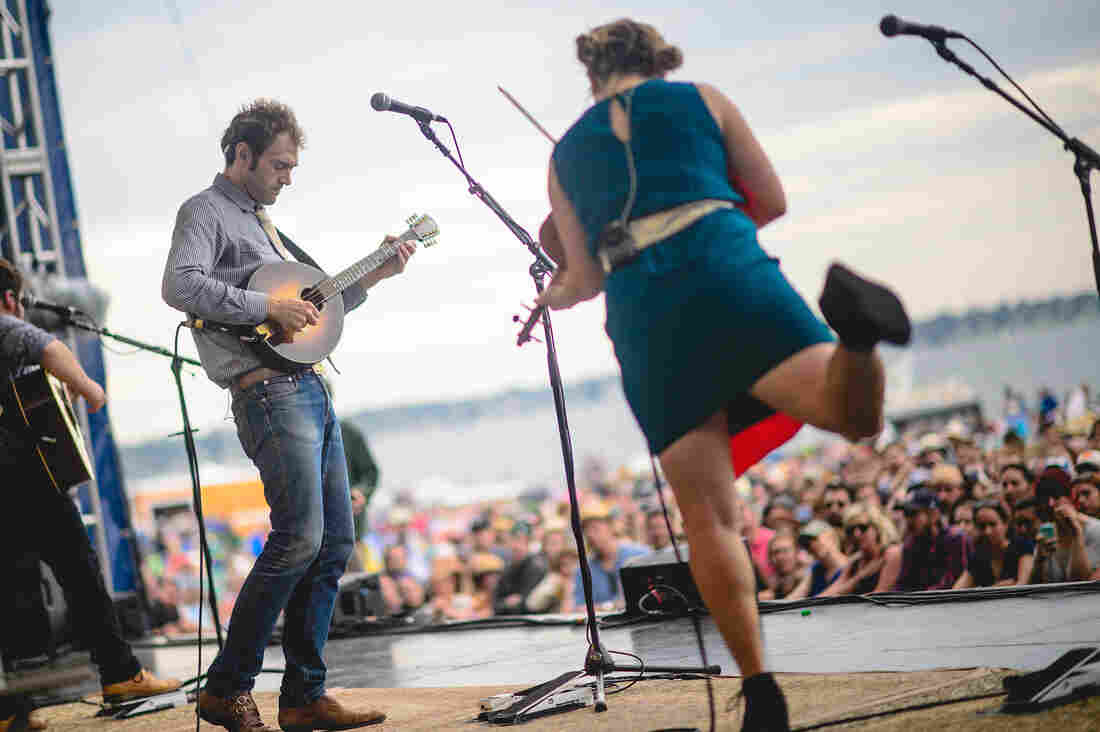 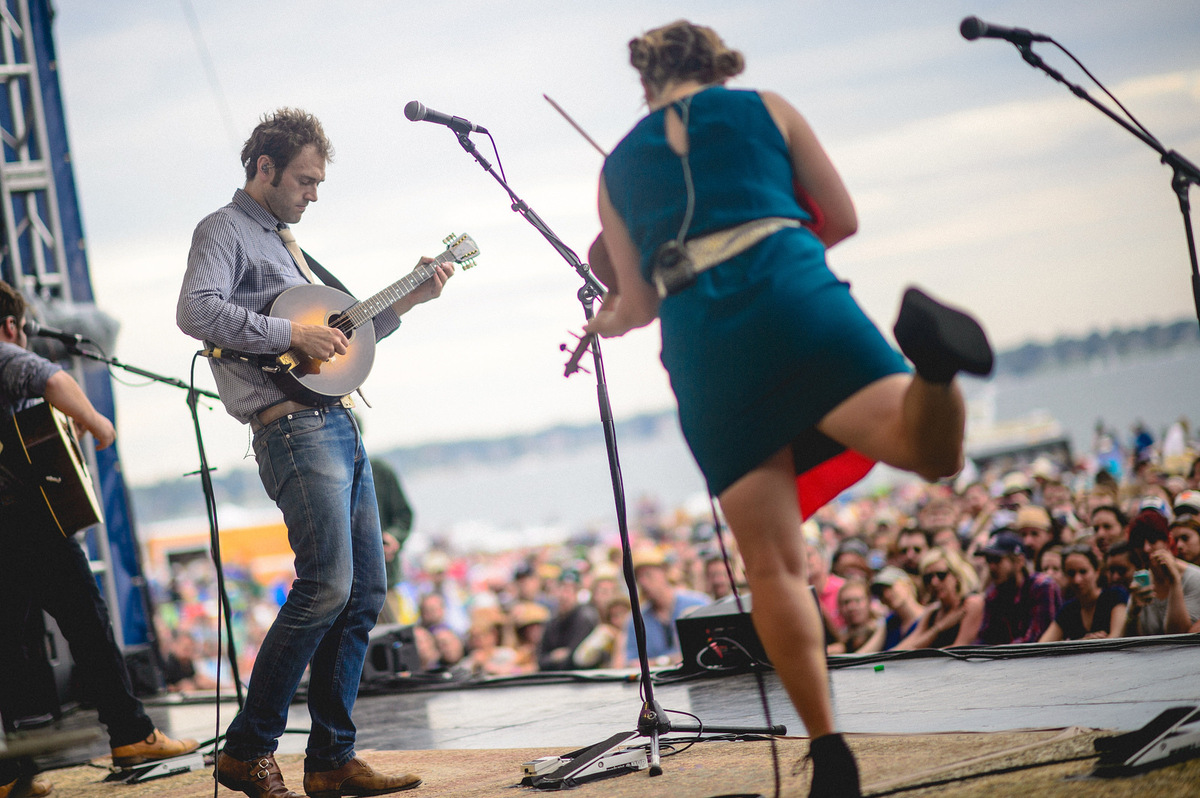 Nickel Creek's Sara Watkins, Sean Watkins and Chris Thile started out as child prodigies, then built their band into a Grammy-winning commercial force. At the height of their success, though, the three decided to break up and pursue other projects — albeit temporarily, as the title of 2007's "Farewell (For Now) Tour" suggested.

The hiatus led Thile to form the successful progressive-bluegrass band Punch Brothers, record and tour with Yo-Yo Ma and Edgar Meyer, and get named a MacArthur Fellow. Sean Watkins worked in several supergroup configurations, one with Switchfoot's Jon Foreman (Fiction Family) and one with a large assortment of roots-pop ringers (Works Progress Administration). Sara Watkins released a pair of terrific solo records, toured as a member of The Decemberists, and dabbled in podcasting.

Nickel Creek recently reunited to put out its first album in eight years, A Dotted Line, which naturally reflects its members' creatively ambitious recent pursuits. As with everything the band does, it blends playful lightness with remarkable musical chops.