Accessibility links
Inflation Came In Low Again, But Are There Bubbles? If inflation were to flare up, Fed policymakers would have to push up interest rates. Tuesday's consumer price report suggests inflation is low, but some say the data isn't capturing asset "bubbles." 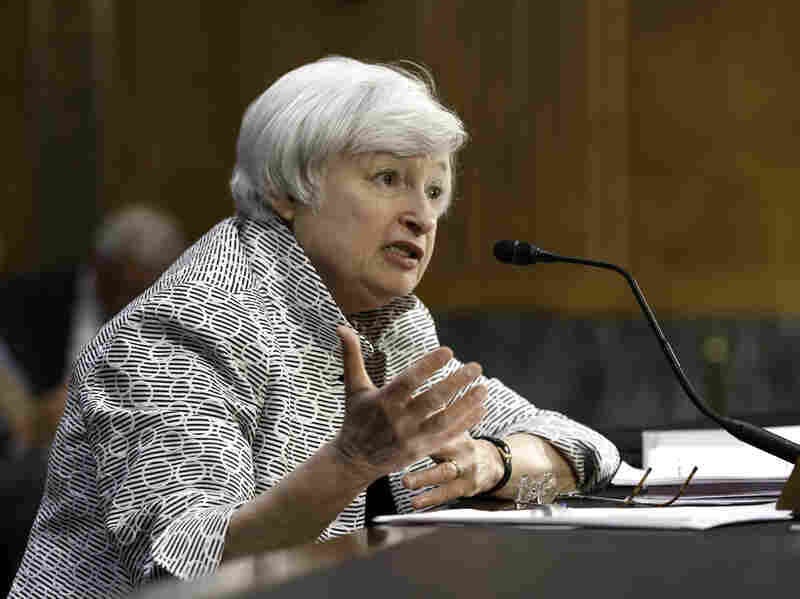 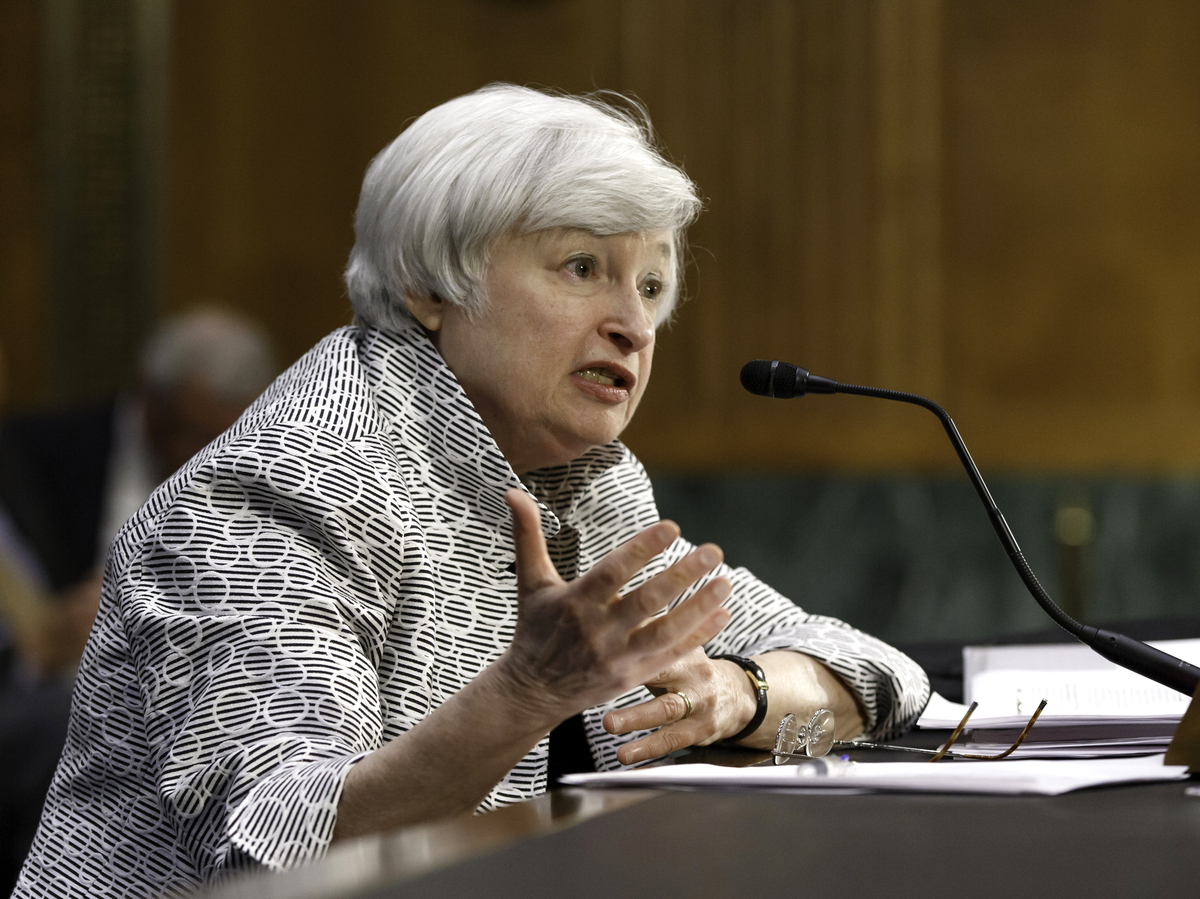 Federal Reserve Chair Janet Yellen testifies before the Senate Banking Committee on July 15. She said the Fed is likely to keep interest rates low "for a considerable period" since inflation remains so tame.

Want to borrow money for a car or a home this fall?

Oddly enough, the interest rates available months from now for big-ticket items may be determined by the prices you pay today for everyday consumer goods. When store prices are rising rapidly, policymakers start pushing interest rates higher, too.

But for the moment, at least, inflation appears mild enough to keep interest rates low for a long while.

The Labor Department said Tuesday that its consumer price index for June shows inflation running at an annual rate of just 2.1 percent — well below the historical average of 3.2 percent.

But instead of celebrating this low-inflation news, many economists are fretting about it. They look past consumer prices to see financial-asset prices. And they think too many of those, say tech stocks, are getting too expensive. They want interest rates to rise more quickly to tamp down those asset "bubbles."

This is turning into a huge, heated debate. Let's listen in.

Fed critics see "bubbles" involving everything from stock prices to artworks to real estate in the Hamptons. They want the Fed to slow further price increases by making borrowed money more expensive.

Many economists say that's exactly what the Fed did back in 2000 when its interest rate hikes were followed by the sudden deflation of tech-stock prices.

They say that tamping down prices now will help the country avoid a much bigger, more dangerous bubble pop, such as the one we saw when home prices, driven up by cheap, plentiful loans, suddenly fell.

Druckenmiller has credibility because he accurately predicted the housing crisis back before it hit in 2007.

Meanwhile, Fed supporters say Druckenmiller and his allies are alarmists who have been seeing inflation hiding under the bed for years — and they keep turning out to be wrong. Inflation consistently has been coming in well below historic norms.

So who's right about the future?

To help you make up your mind, here's a reminder of how this inflation/interest rate relationship works.

When prices are rising quickly, it typically means something is out of whack. Maybe too much consumer demand is driving prices higher. Or a shortage of labor is forcing employers to pay higher wages.

Or maybe the Fed is making it too easy to get loans, allowing the financial system to get flooded with too much money. That can prompt people to start making dumb investment choices. For example, they may start paying way too much for a house, thinking they can flip it for a quick profit. 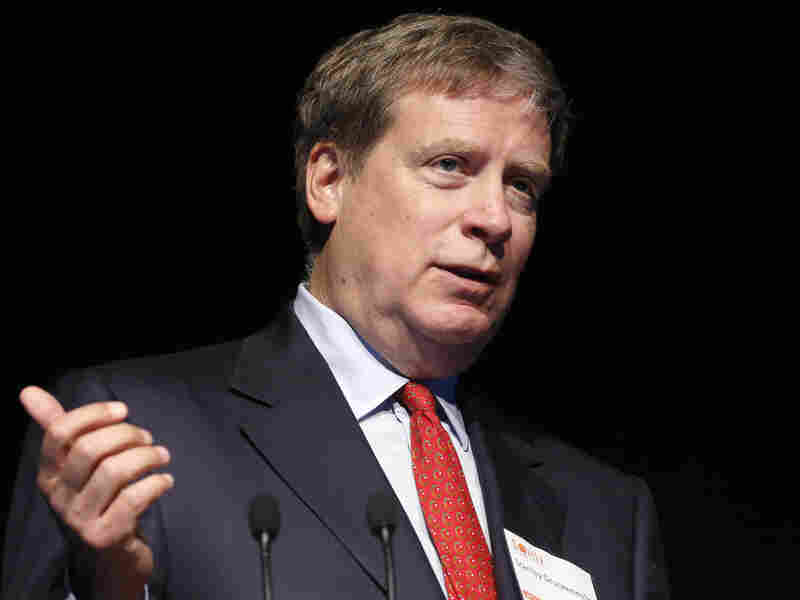 Stanley Druckenmiller, founder of Duquesne Capital Management, speaks at a New York investment conference in 2013. He says the Fed is misjudging the long-term risks to the economy. Brendan McDermid/Reuters /Landov hide caption 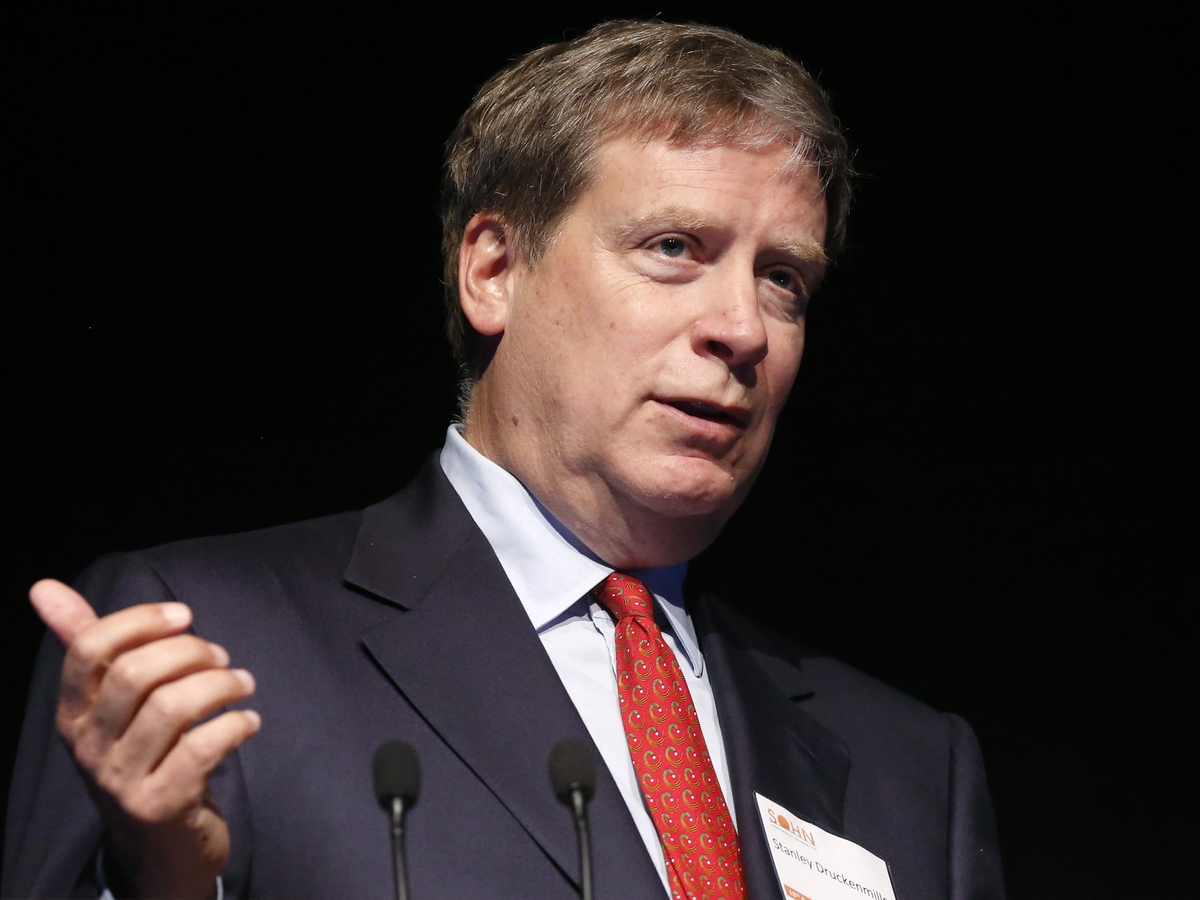 Stanley Druckenmiller, founder of Duquesne Capital Management, speaks at a New York investment conference in 2013. He says the Fed is misjudging the long-term risks to the economy.

But what if inflation really is low, and there aren't any significant bubbles?

In that case, raising interest rates and tightening up the money supply can needlessly choke off business expansions, home construction and car sales. That could send unemployment soaring again for no good reason.

For now, Yellen is holding firm on maintaining current policies. Here's what she told Congress:

"Inflation has moved up in recent months, but remains below the [Fed policymakers'] 2 percent objective for inflation in the longer run."

And because of the slow recovery, "economic conditions may, for some time, warrant keeping [interest rates] below levels that the committee views as normal in the longer run."

Druckenmiller, speaking at a conference sponsored by CNBC last week, said Yellen worries too much about upsetting today's stock investors and homebuyers, and not enough about economic stability in coming years:

"I am fearful that today, our obsession with what will happen to markets and the economy in the near term is causing us to misjudge the accumulation of much greater long-term risks to our economy."

Extremely low rates were needed back in 2009, but "five years after the crisis and with growing signs of economic normalization, it seems to be time to let go of myopic goals."

For now, at least, Yellen and her supporters have new ammunition. The consumer price report shows that in June, gasoline was the only real inflationary problem, rising 3.3 percent from May.

But even that spike is fading. "Gasoline prices are expected to fall in July," says Chris Christopher, an economist with IHS Global Insight. Overall, inflation is tame, with price increases "their weakest increase since January," he says.