Accessibility links
Can I Get A Do-Over? Shadow Selves And Second Chances Get your comic fix this week with Bryan Lee O'Malley's Seconds and The Shadow Hero, by Gene Luen Yang and Sonny Liew. Both books take up the idea of re-writing the past — but in very different ways.

Can I Get A Do-Over? Shadow Selves And Second Chances

Can I Get A Do-Over? Shadow Selves And Second Chances 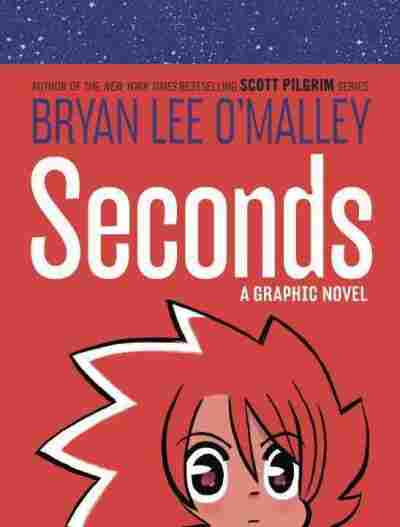 Two remarkable graphic novels being released this week are themed around shadow-selves, legacies and second chances: Bryan Lee O'Malley's Seconds is about a woman given the opportunity to magically undo past mistakes, while Gene Luen Yang and Sonny Liew's The Shadow Hero revises a mysterious golden-age superhero called the Green Turtle by fleshing out his Asian-American origins.

Katie Clay is a successful chef whose skill makes Seconds the most popular restaurant in town — but after four years of living and working there without a share of the business, she's ready for a place of her own. Unfortunately, she's phased herself out of her job while her new restaurant's mired in costly renovations; consequently she haunts Seconds in a kind of limbo, generally making a nuisance of herself. But when a bad decision leads to a serious accident for a staff member, she finds that she isn't the only liminal creature haunting the place: Seconds is home to a house spirit named Lis, who gives her a chance — and the means — to fix her mistake and prevent the accident. Astonished by the change, Katie embarks on a dangerous campaign of life-perfecting, which only leads to more complications for her and her loved ones.

Seconds is a gorgeously produced book: O'Malley's art (assisted by Jason Fischer) is wonderful, moving with grace and ease from stylized cosmic trees and impressive layouts to small, beautifully rendered character moments. Nathan Fairbairn's colors are exquisite, and I found myself sometimes returning to parts of the book to re-experience the warmth of the palette here, its brightness there, as well as just to appreciate how much of the storytelling was conveyed through color. I only recently have been taught to notice lettering in comics, and Dustin Harbin's is lovely — it's very much part of the art and contributes significantly to the rhythm of the narration.

Katie is both magnetic and obnoxious. It's a bit amazing, encountering a female protagonist who's allowed to be justly proud of her skills; strange as it sounds, I was grateful for Katie's arrogance and manipulative streak even as I wrinkled my nose at her. She's self-absorbed and makes appalling decisions, but she's a whole character, and Seconds is the story of her confronting the worst aspects of herself in a surprisingly literal sort of way. There were characters and relationships I wish had been focused on instead of others, some unnecessary bouts of exposition, and the story's resolution was unsatisfyingly easy — but the art kicks an adequate story into something much more, and I was left genuinely impressed. 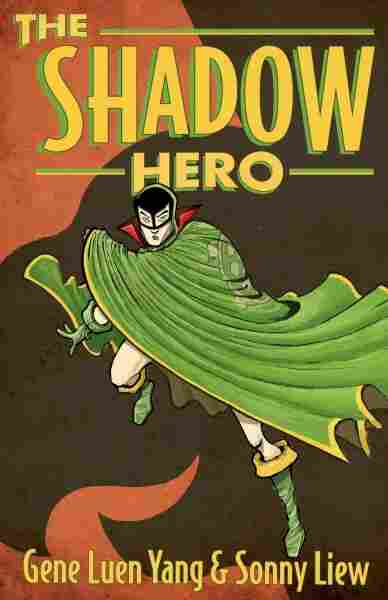 Approaching revision from an utterly different perspective is Shadow Hero, Gene Luen Yang and Sonny Liew's interpretation of Chu Hing's The Green Turtle, a comics character from the 1940s whom Yang argues may well have been the first Asian-American superhero.

Hank Chu is the son of a green grocer in an American coastal city's Chinatown, growing up happily and wanting nothing more from life than to follow in his father's footsteps. But his mother has different plans for him: after a life-saving encounter with a superhero called The Anchor of Justice, she becomes enamoured of superheroes and determined to make Hank into one. Hank is dutiful but reluctant — until he comes face to face with the ugly reality of the criminal underworld's power over his family and Chinatown as a whole. Aided by an ancient tortoise spirit living in his shadow, Hank embraces his identity as The Green Turtle and works to take down the mysterious crime boss known only as Ten Grand.

I am unabashedly in love with this book. Liew's art is fantastic, Janice Chiang's lettering is subtle and effective, and Yang's writing is warm, funny, and charming when it isn't quietly devastating. The exploration of immigrant identity and belonging is masterful, as you'd expect from the author of award-winning 2006 graphic novel American Born Chinese, but there are so many grace notes to appreciate, especially where the engagement with the source material (outlined in a fascinating afterword) is concerned: the revised explanations for the original Green Turtle's occasionally surprising pinkness and lack of a shirt were hilarious, and the tortoise spirit's hectoring conversations with Hank were delightful.

I particularly loved Hank's mother, Hua, and the book's very tender treatment of her foibles: what could have been a purely comic caricature of an overbearing matriarch is instead rendered with empathy and respect. I thoroughly enjoyed the fact that this is a book as much about Hank's parents, their history, and his relationship with them as it is about his becoming a superhero, and it was deeply moving to see how much his love for them inflects his narration. Complex, clever, and thoroughly engaging, The Shadow Hero is brilliant and not to be missed — in fact, I find myself hoping for a sequel.

Shadows are powerful storytelling vehicles, and it's a pleasure to read books that use them in complex and ambitious ways. Whether craving confrontation with your shadow aspect or superhero comics with depth and humor, you'll be well-supplied with material this week.