Maturity And Improvisation In 'Happy Christmas'

Maturity And Improvisation In 'Happy Christmas' 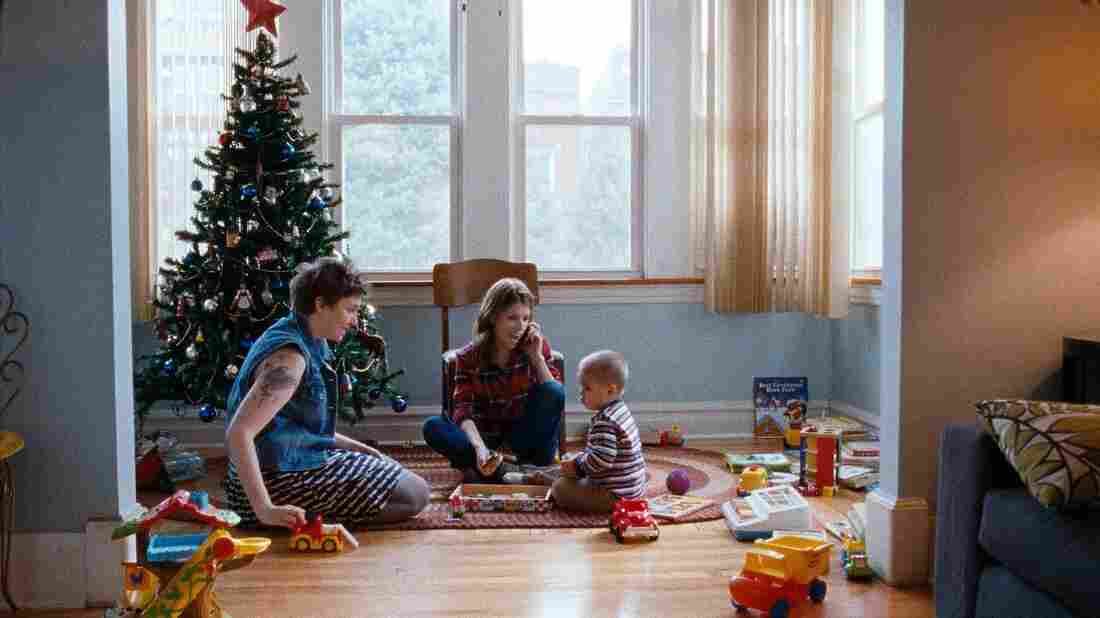 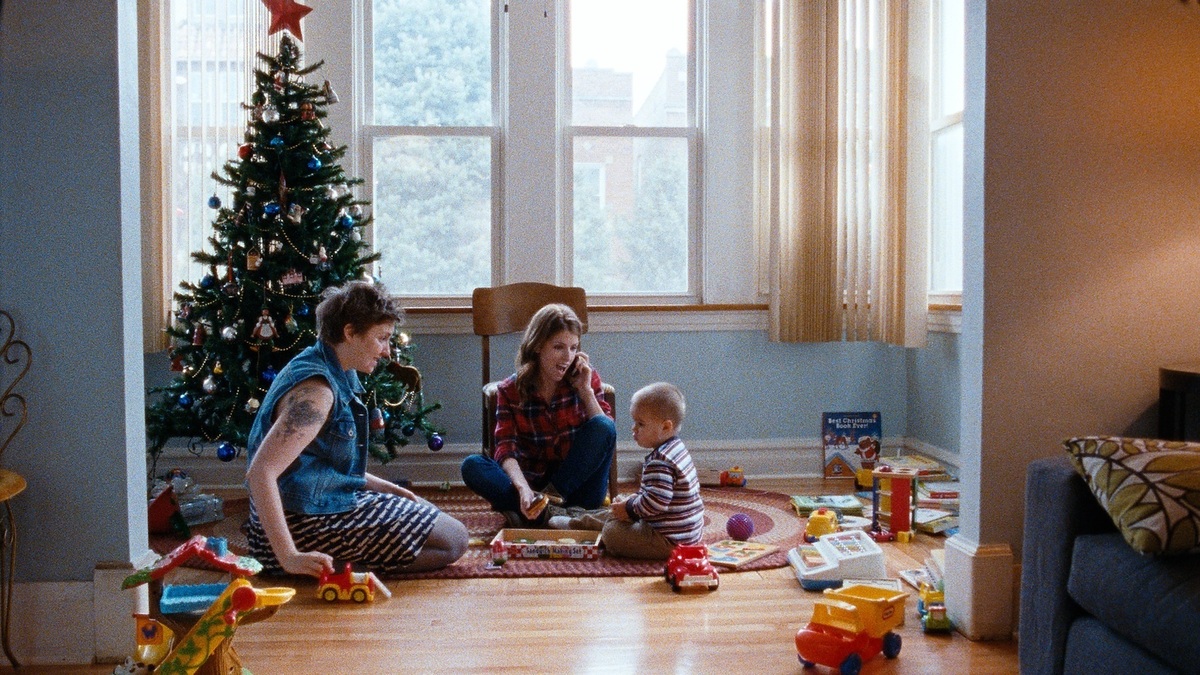 Reckless immaturity in young people is generally diagnosed across generations, most often by parents worried about their supposedly underachieving kids. That makes the premise of Joe Swanberg's Happy Christmas relatively refreshing, even as it covers well-known ground.

The film opens with Jeff (Swanberg) and Kelly (Melanie Lynskey) preparing for the arrival of Jeff's sister, Jenny (Anna Kendrick), who is moving into their basement after breaking up with her boyfriend. Jeff and Jenny are of the same generation, only years apart in age, but clearly standing on separate sides of a line we might, for convenience's sake, call "responsible adulthood." On her first night living with Jeff and Kelly — who have a 2-year-old son named Jude (played by Swanberg's son, also named Jude) — Jenny goes to a party with her friend Carson (Lena Dunham), blacks out from drinking too much, and requires Jeff to come drag her home in the middle of the night. The next day, a disappointed Kelly rejects Jeff's argument that they may have been equally reckless at that age: "I had some semblance of propriety," she scoffs.

What's most interesting at first about Happy Christmas is that the differences between Jeff and Kelly on one hand and Jenny and Carson on the other are obviously recent and superficial. Jenny is not adamantly making a case for never growing up; life, rather, just seems to not have given her a reason to do so yet. Still, she is a perfect foil for Jeff and Kelly, who are both only beginning to get comfortable with their adult lives. 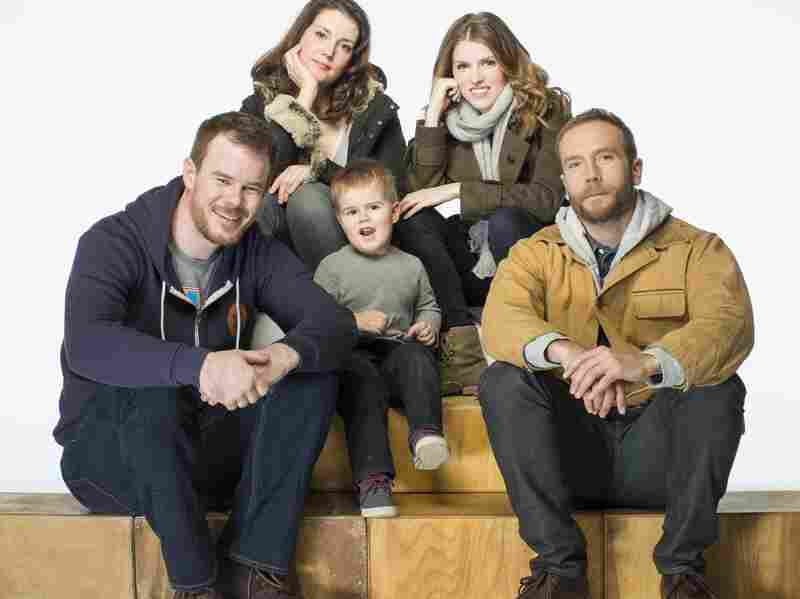 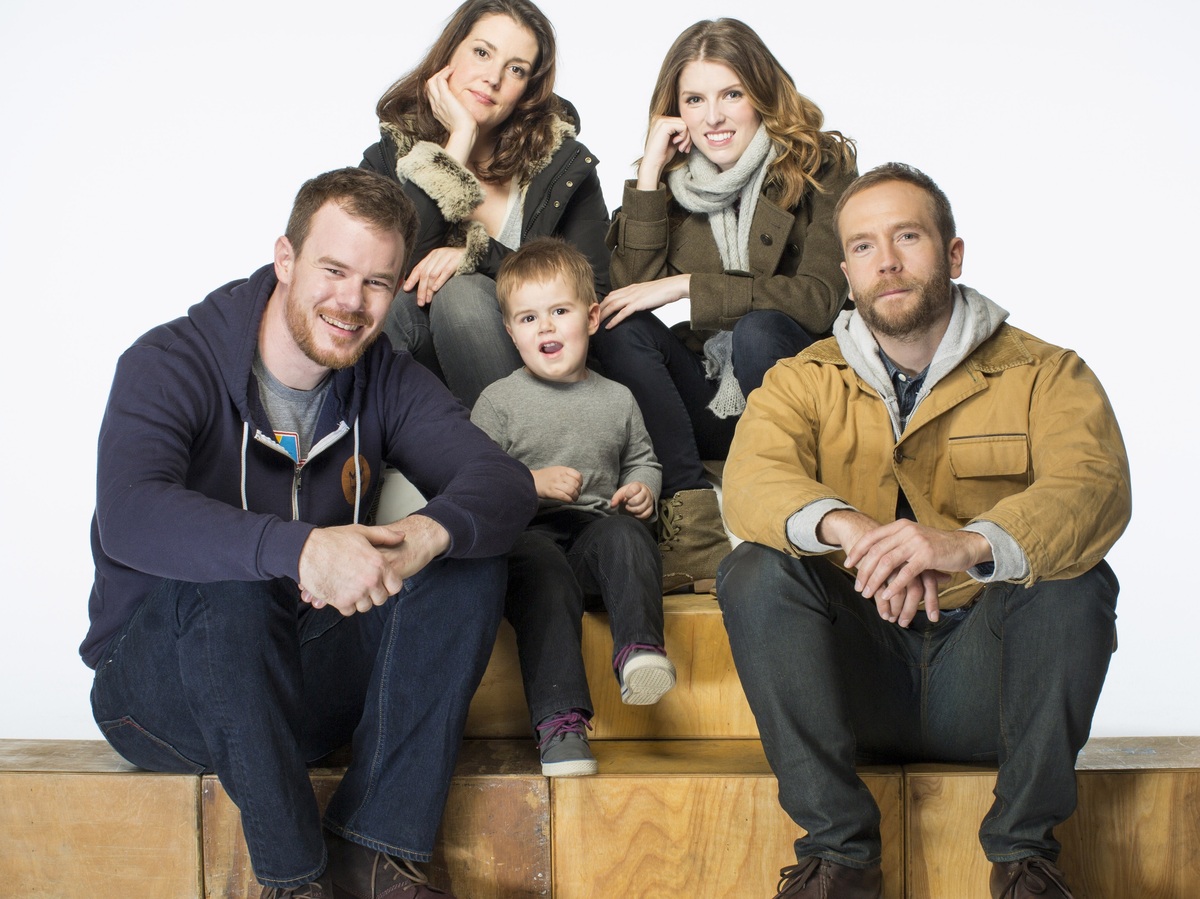 Across such a flimsy divide, it's only a matter of time before shared sentiments emerge. The film's best scene occurs shortly after Jenny has successfully babysat Jude for the first time. Kelly joins her and Carson for a beer and begins opening up about her dissatisfactions with her marriage, particularly the fact that she has had to give up her writing completely while Jeff continues to work.

All the film's most compelling scenes are those where Swanberg lets the dialogue flow, his camera panning from character to character with relatively few cuts. With Happy Christmas, Swanberg has again relied on improvisation to flesh out the script. The charm of the technique as Swanberg, Dunham, Kendrick and Lynskey pull it off here is its easygoing execution and the empathy that underlies it (whether or not it also feels "real," as many like to argue when discussing Swanberg's approach, is beside the point). This is a comedy that, at its best, eases you into its comfort zone and massages laughs out of you.

Happy Christmas also, if fitfully, belongs to a class of romantic comedy that filmmakers like Swanberg and Lynn Shelton have helped define. Romantic fulfillment is a central worry and theme in these films, but only as it relates to the characters' individual self-actualization. Swanberg's previous film Drinking Buddies worked particularly well within such a context; it was an alternate version of When Harry Met Sally, one in which no one declares off the top that men and women can't be friends, leaving the options for its characters and relationships confusingly but also liberatingly more open.

Unfortunately, Happy Christmas's characters and conflicts are generic compared to Drinking Buddies. The problem is largely with the script, and offers a warning about the central risk that comes with Swanberg's improvisational method: not so much that individual scenes will meander (none here do), but that they won't propel the plot forward in any meaningful way.

So as the film shifts back to focusing on Jenny's supposed immaturity and her cautious steps at dating a friend of Kelly and Jeff's, the more dramatically charged scenes that result feel rushed and forced rather than organically produced. Jenny, it seems, is supposed to have been emotionally disconnected throughout the movie, but we only realize that when Kelly points it out. Similarly, it's only when Jenny relapses into immature behavior that we remember that this was the crux of her character to begin with.

Swanberg has said that Happy Christmas grew out of conversations between him and his wife about the difficulties of balancing parenting and their careers, which only raises the question of why the film ultimately focuses on Jenny rather than Kelly, a more finely drawn character who demands greater attention. That the decision is even there to be made, though, indicates the slow shift that has been occurring in Swanberg's movies recently. Jenny is a recognizable personality from many of Swanberg's films. Kelly, meanwhile, hints at terrain that he has only just begun to explore.