Accessibility links
Fiction Explores The Push And Pull Of Arab-Israeli Identity Sayed Kashua is an Arab who writes novels in Hebrew and a sitcom in Arabic. A contradiction? Maybe. But his newest book is a good look at an often-overlooked segment of the Israeli population. 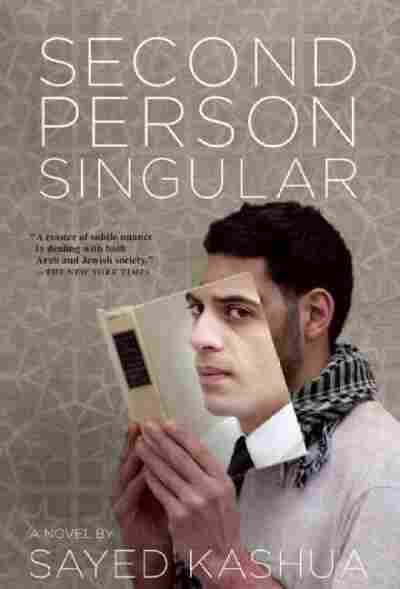 by Sayed Kashua and Mitch Ginsburg

To be an Arab living in Israel proper has long been a challenging proposition. Even sussing out what to call them has political implications: Arab Israelis? Israeli Arabs? Palestinian Israelis? Or maybe just Palestinians? Arabs in Israel live lives that constantly — often stressfully — straddle two cultures: They are all at once ethnically Arab and citizens of the Jewish state.

I'm not talking here about Palestinians who live in Gaza and the West Bank. I'm talking about Arabs who live inside the Green Line and vote in Israeli elections. Some even serve in Israel's military. But during a week like this, with Israel and Hamas pummeling each other and the death toll rising on both sides, their lives must become ever more complicated. To some Israelis, after all, Arabs are just a fifth column waiting to turn on them. And for some Arabs, Arab citizens of Israel are simply traitors. The push and pull of this dual existence is trying, to say the least.

Sayed Kashua, an Arab Israeli novelist, television writer and Haaretz columnist has spent his career exploring this chasm with tremendous insight and humor, no more so than in his most recent book of fiction, Second Person Singular. The novel centers around the lives of two very different Arab Israeli men. One, a successful criminal attorney — known throughout the book as "The Lawyer" — has, from the outside, assimilated smoothly into upper-middle-class Arab life in Jerusalem. But inside, he is plagued by a constant need to prove himself to the world. Every week, in an attempt to demonstrate his sophistication and intellectual prowess, he pops into his local used bookstore to buy the books mentioned in the newspaper's literary supplement. One day, while leafing through Tolstoy's The Kreutzer Sonata, he finds a note inside written in Arabic that is clearly in his wife's handwriting.

"I waited for you, but you didn't come," the note reads. "I hope everything's all right. I wanted to thank you for last night. It was wonderful. Call me tomorrow?"

This, of course, leads our lawyer on a jealous rampage through Jerusalem, which leads him to Amir, an Arab social worker who may or may not — no spoilers — have answers about whom that note was intended for.

Desperately broke, Amir has taken on a second job as a live-in caretaker for a dying Jewish man named Yonatan. When Yonatan finally passes away, Amir assumes the dead man's identity to help advance his own career by gaining entry into a prestigious art school in Jerusalem. In a sense, both Amir and The Lawyer are struggling to invent new versions of themselves that conceal their Arabness in order to advance in Israeli society.

Eventually, Yonatan's mother discovers Amir's deception. When he denies it, she laughs and says, "Why not? It's like an organ donation. Around here identity is like one of the organs of the body and yours is faulty." This belief strikes me as deeply depressing — that a person's background, as integral to his sense of self as the heart or liver with which he is born, can be defective from the very start.

The novel, told in alternating sections by The Lawyer and Amir, grows darker and more cynical as the two men are increasingly plagued with insecurities about their true selves. Kashua seems to be saying that the more they fit in, the less comfortable they become.

Of course, during a week like this, it's hard for anyone to find a comfortable identity — Arab or Jew. Welcome to Sayed Kashua's Israel.

Molly Antopol is the author of the book The UnAmericans.