Accessibility links
Handmade Signs From Homeless People Lead To Art, Understanding Artist Willie Baronet is on a 24-city, 31-day trek across the country this month, buying handmade signs from homeless people. He says the project has changed the way he views homelessness. 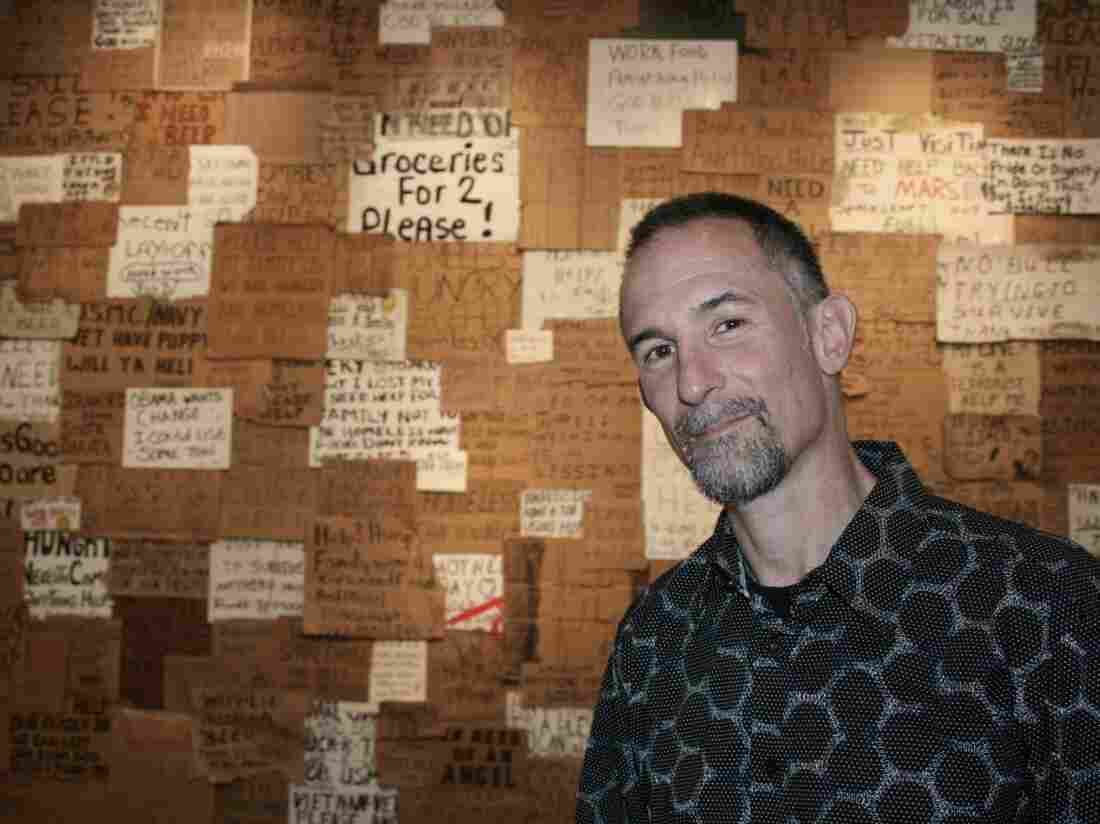 Artist Willie Baronet has been collecting signs from the homeless since 1993. Tanya Conovaloff hide caption 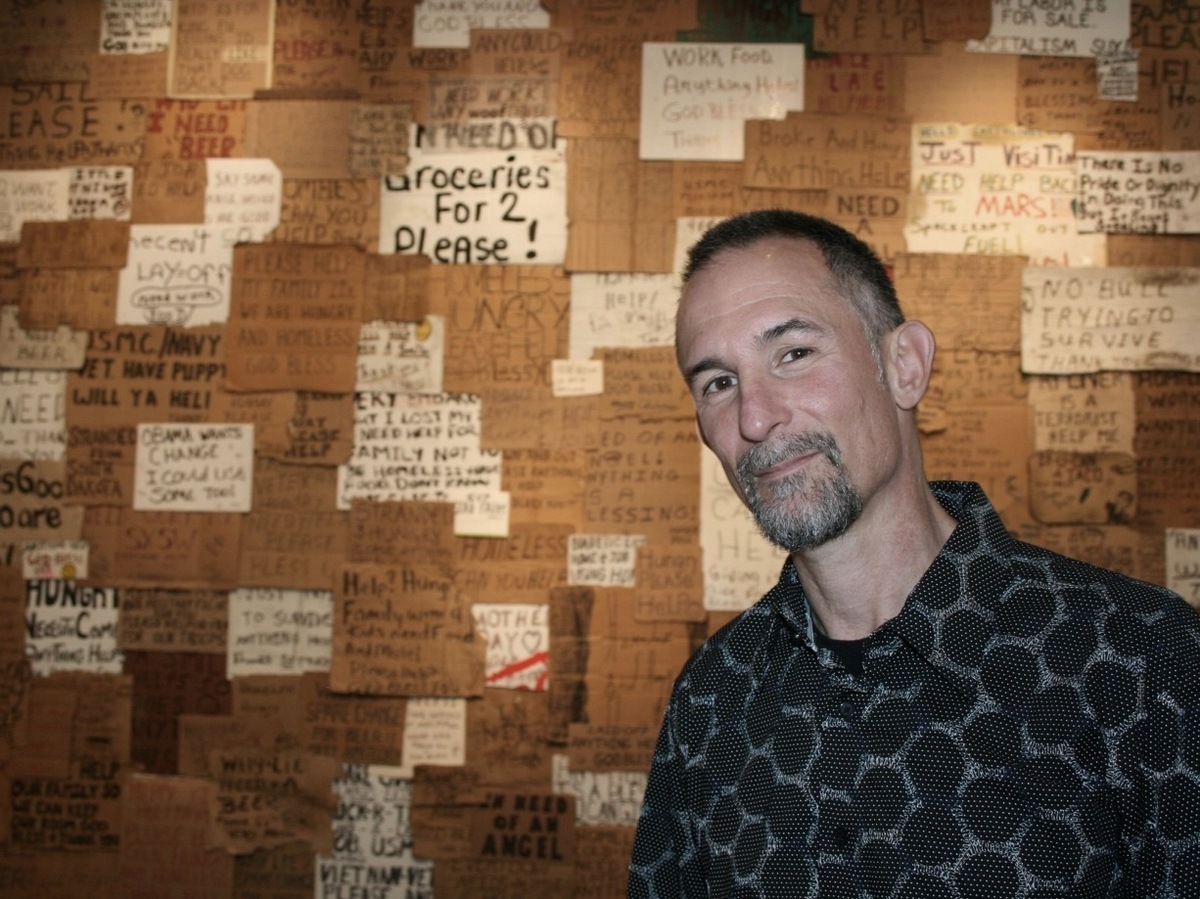 Artist Willie Baronet has been collecting signs from the homeless since 1993.

Artist Willie Baronet is on a 24-city, 31-day trek from Seattle, Wash. to New York City looking for supplies.

He's been buying handmade signs from homeless people for an art project called We Are All Homeless. Those signs are little more than a peripheral blur for many people. Baronet wants us to slow down, read them and understand.

"It really started because of my discomfort, my guilt, the way I felt, whenever I encountered a homeless person on the corner," he tells NPR's Eric Westervelt. 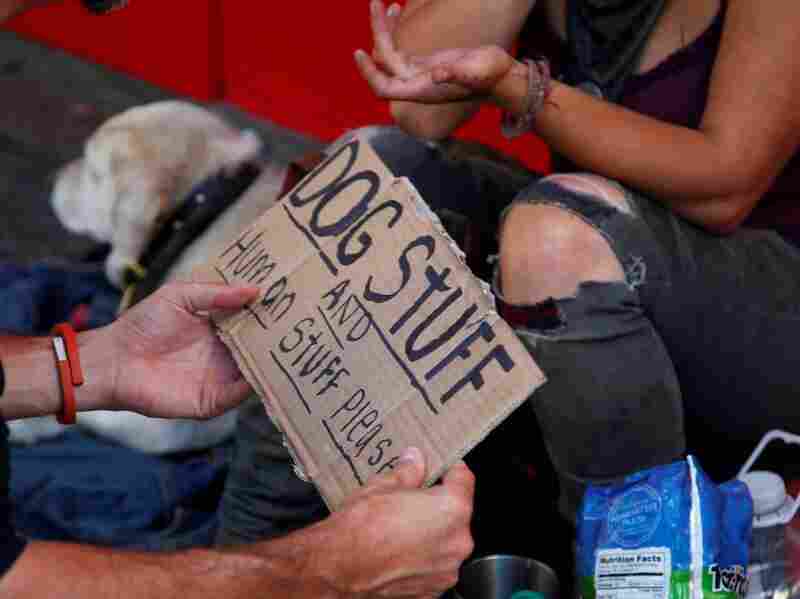 One of the signs purchased during his cross country trip. Ted Mase hide caption 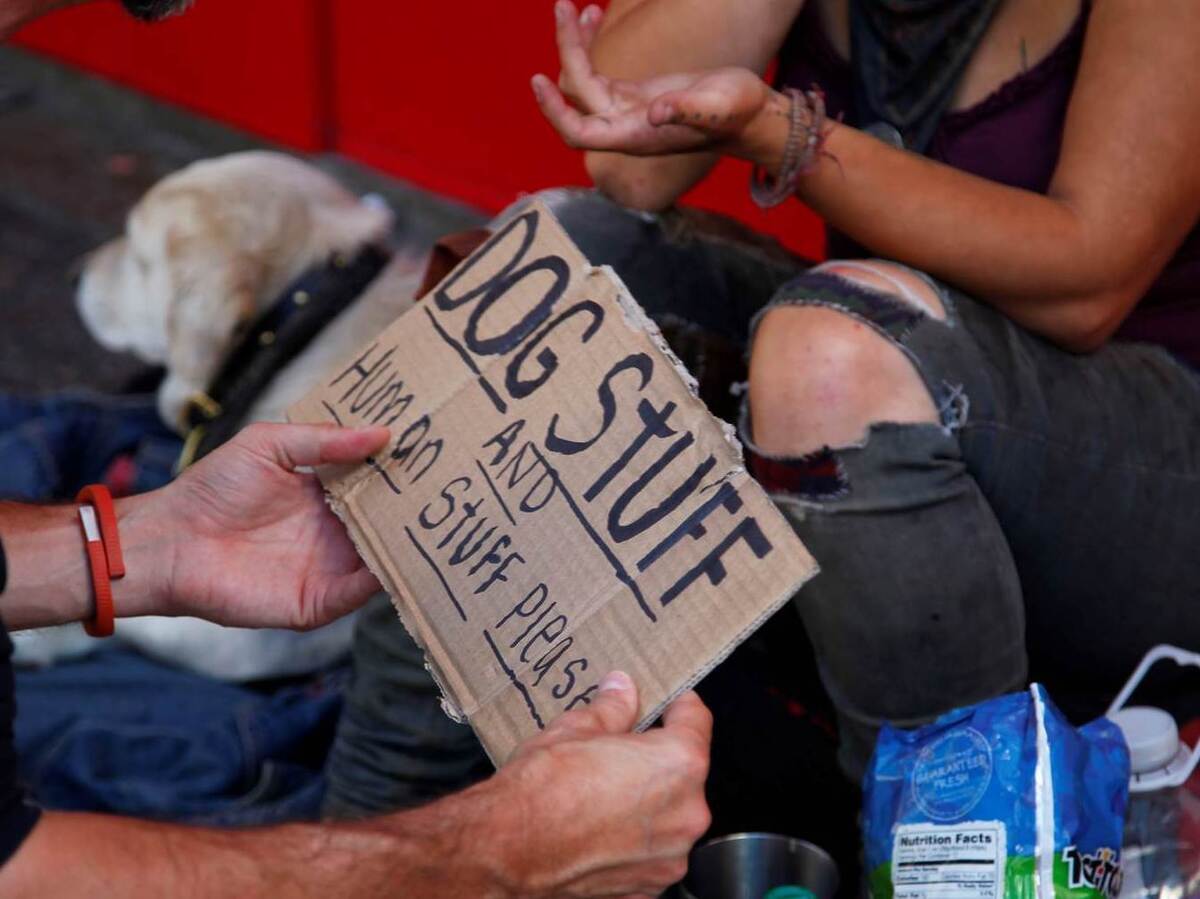 One of the signs purchased during his cross country trip.

He has been purchasing and collecting homeless signs since 1993 and has incorporated them into artwork over the years. This is his first trip across the country. Baronet says he makes every attempt for them to set the price. The average price he has paid for a sign is $12, but he has paid as little as $4 and as much as $40.

Throughout his latest trip, there have been several memorable individuals. One was a veteran named Michael who lost one of his legs to diabetes. "He talked about his struggles trying to get help with the VA," Baronet says. "At the end I asked if I could take a photo with him ... he just pulled me really close, our faces were touching. I just felt a powerful connection with him."

Baronet has come across some funny signs during his trip. One that read, "Family attacked by ninjas, need help getting karate lessons." He noticed that Detroit was the only city on his trip where none of the signs he came across where humorous.

Baronet thinks there are some cities that have dealt with homelessness better than others. "There are cities that I think in their struggles with what to do about the homeless try to legislate them away and I just don't think that's possible, " he says. Laws in different cities affect things like where homeless can panhandle within a certain distance in an intersection and where they can sit on the streets.

"It's not us and them. It's just us," he says. "I used to think they were different than I am and I think a lot of us are just one or two bad decisions from being in the same place."