Accessibility links
Israel Resumes Airstrikes On Gaza After Lull In Fighting The strikes followed an almost 12-hour pause in fighting and came as international efforts intensified to end the conflict with Hamas at the start of a major Muslim holiday.

Israel Resumes Airstrikes On Gaza After Lull In Fighting

Israel Resumes Airstrikes On Gaza After Lull In Fighting 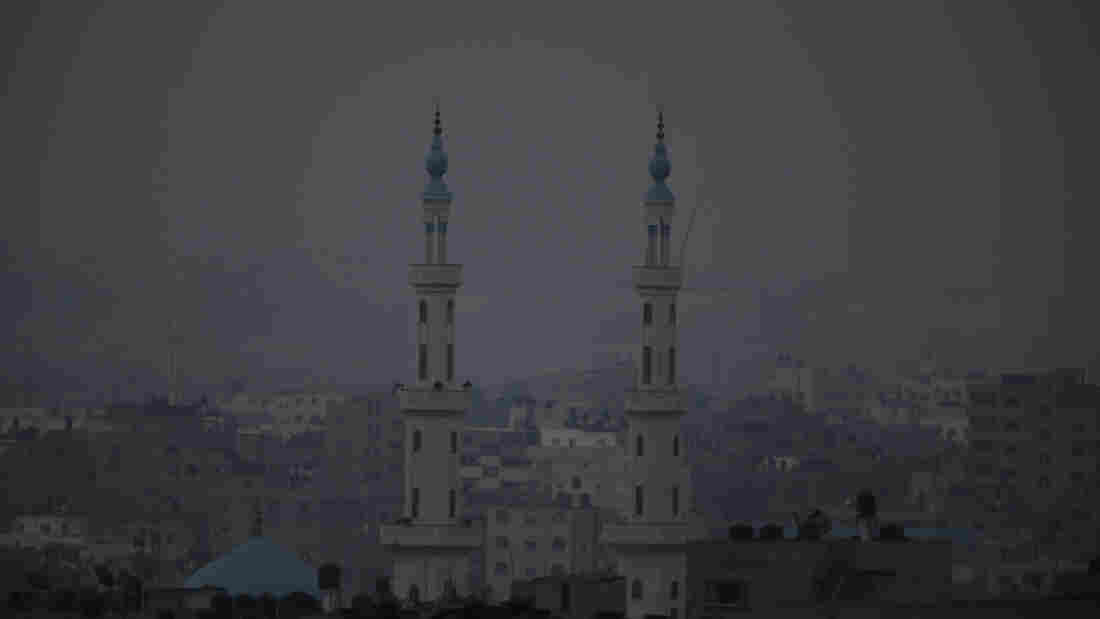 Minarets from a mosque are seen in Gaza city early Monday. Monday marks the beginning of the three-day Eid al-Fitr holiday, which caps the Muslim fasting month of Ramadan. Lefteris Pitarakis/AP hide caption 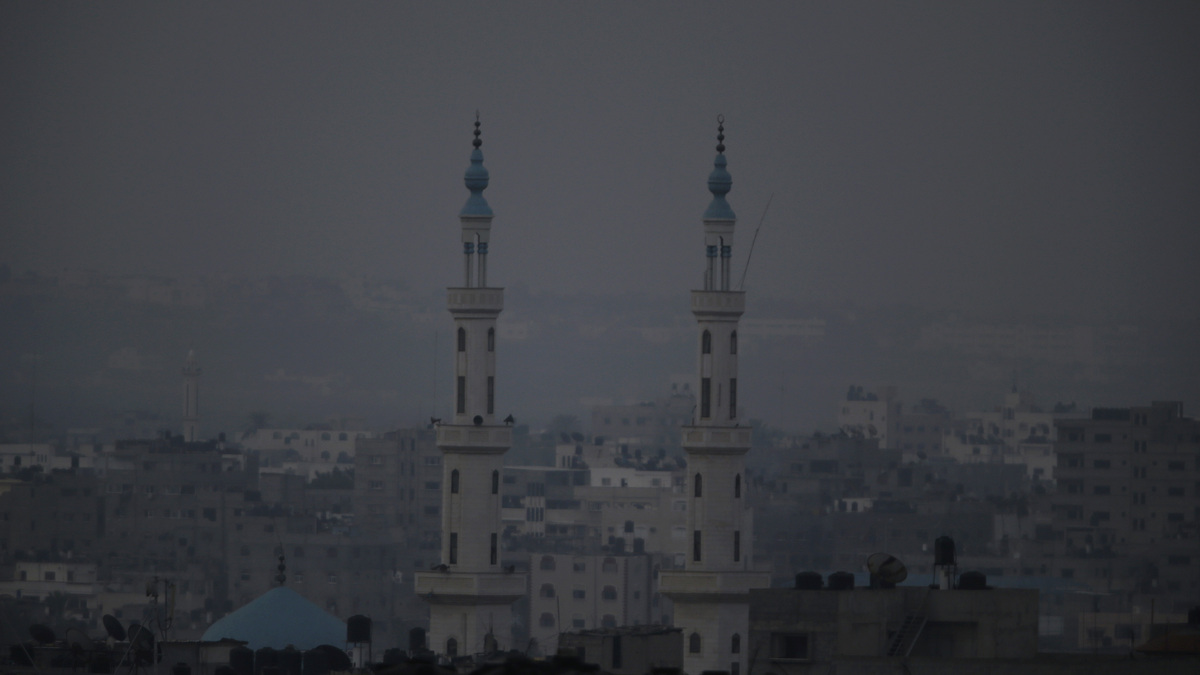 Minarets from a mosque are seen in Gaza city early Monday. Monday marks the beginning of the three-day Eid al-Fitr holiday, which caps the Muslim fasting month of Ramadan.

Israeli jets pounded three Hamas sites in Gaza on Monday after a rocket was launched at Israel, disrupting a relative lull in the war-torn territory at the start of a major Muslim holiday.

The strikes followed an almost 12-hour pause in fighting and came as international efforts intensified to end the three-week conflict between Israel and Hamas. The U.N. called for an "immediate" cease-fire.

Israel's military said it struck two rocket launchers and a rocket manufacturing facility in central and northern Gaza after a rocket hit southern Israel early Monday. The rocket caused no damage or injuries.

Earlier, the Israeli military said it had not carried out any attacks in Gaza since 9:30 p.m. on Sunday but that troops on the ground were pressing on with efforts to destroy the cross-border tunnels constructed by Hamas for attacks inside Israel.

The military said it opened artillery fire on Beit Lahiya in northern Gaza in response to the rocket fired at Ashkelon, said the office of Israel's military spokesman. "Quiet will be met with quiet," the office statement said.

Muslims began celebrating the Eid al-Fitr holiday on Monday, marking the end of the fasting month of Ramadan, but there was fear and mourning instead of holiday cheer in the Gaza Strip.

Palestinian families huddled inside their homes, fearing more airstrikes, while those who came to a cemetery in Gaza City's Sheik Radwan neighborhood to pay traditional respects at their ancestors' graves gathered around a large crater from an airstrike a week ago that had broken up several graves.

In New York, an emergency meeting of the U.N. Security Council called for "an immediate and unconditional humanitarian cease-fire."

And while it was the council's strongest statement yet on the conflict that has already killed 1,030 Palestinians, 43 Israeli soldiers and three civilians on the Israeli side, it was not a resolution and therefore not binding.

Palestinian U.N. Ambassador Riyad Mansour did not hide his disappointment. He said the council should have adopted a strong and legally binding resolution a long time ago demanding an immediate halt to Israel's "aggression," providing the Palestinian people with protection and lifting the siege in the Gaza Strip so goods and people can move freely.

"You cannot keep 1.8 million Palestinian civilians in the Gaza Strip in this huge prison," Mansour told reporters. "That is a recipe for disaster. It is inhumane, and it has to be stopped and it has to be lifted."

Israeli U.N. ambassador Ron Prosor also criticized the statement — though from a very different perspective — saying it lacked balance because it didn't mention Hamas, the firing of rockets into Israel or Israel's right to defend itself.

Israel says it started its Gaza operation on July 8 to stop the rocket fire from the coastal territory and intensified it on July 17 to neutralize Hamas cross-border tunnels built to carry out attacks on Israeli territory.

The pressure for a cease-fire followed new attacks launched by Israel and Hamas on Sunday despite the back-and-forth over proposals for another temporary halt to the fighting. The Security Council urged Israel and Hamas "to accept and fully implement the humanitarian cease-fire into the Eid period and beyond." It said this would allow for the delivery of urgently needed assistance.

The council's presidential statement also called on the parties "to engage in efforts to achieve a durable and fully respected cease-fire, based on the Egyptian initiative."

On Sunday, President Obama telephoned Israeli Prime Minister Benjamin Netanyahu to express his concern over the mounting Palestinian casualties.
The White House said Obama reiterated that Israel has a right to defend itself and condemned Hamas' rocket attacks. Obama said a lasting peace will ultimately require a demilitarized Gaza and dismantling of terror groups. The U.S. president also pushed for an immediate, unconditional cease-fire that would allow Israeli and Palestinian civilians to return to normalcy.

International diplomats have hoped that a temporary lull in the fighting could be expanded into a more sustainable truce to end the bloodshed.