Accessibility links
Ghost Cats And Musket Balls: Stories Told By Capitol Interns Giving Capitol tours to constituents is a primary duty of Hill interns. They provide a great deal of information, but sometimes they're a little short on actual history. 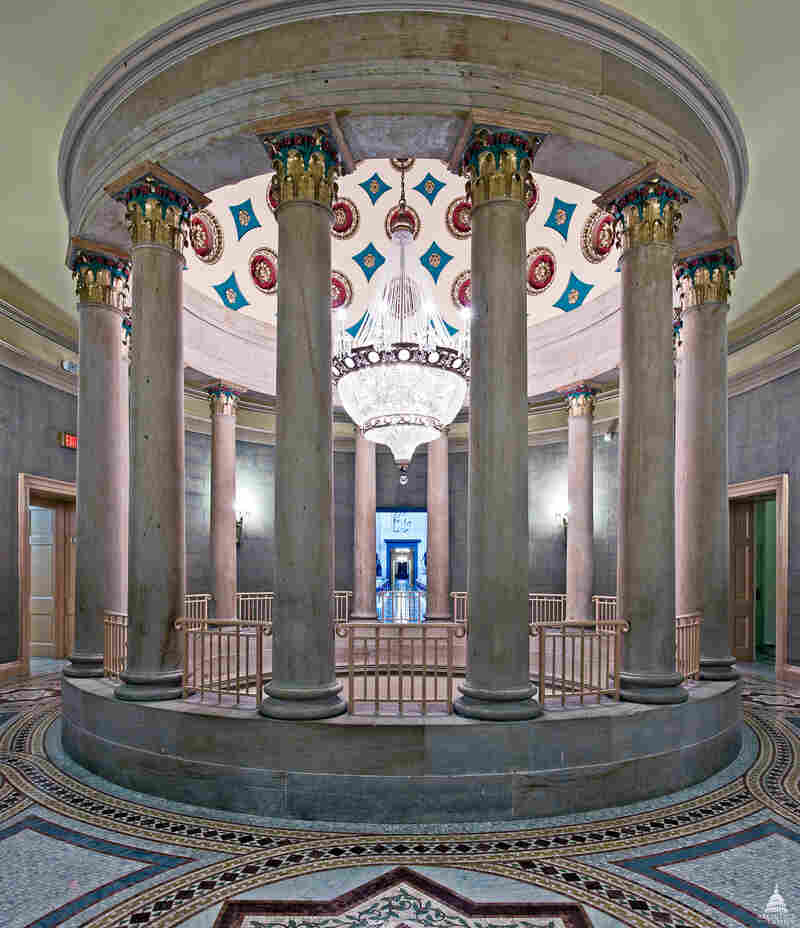 Interns who host tours on Capitol Hill, stopping at sites like the small Senate rotunda, don't always have their facts straight. The Architect of the Capitol hide caption

toggle caption
The Architect of the Capitol 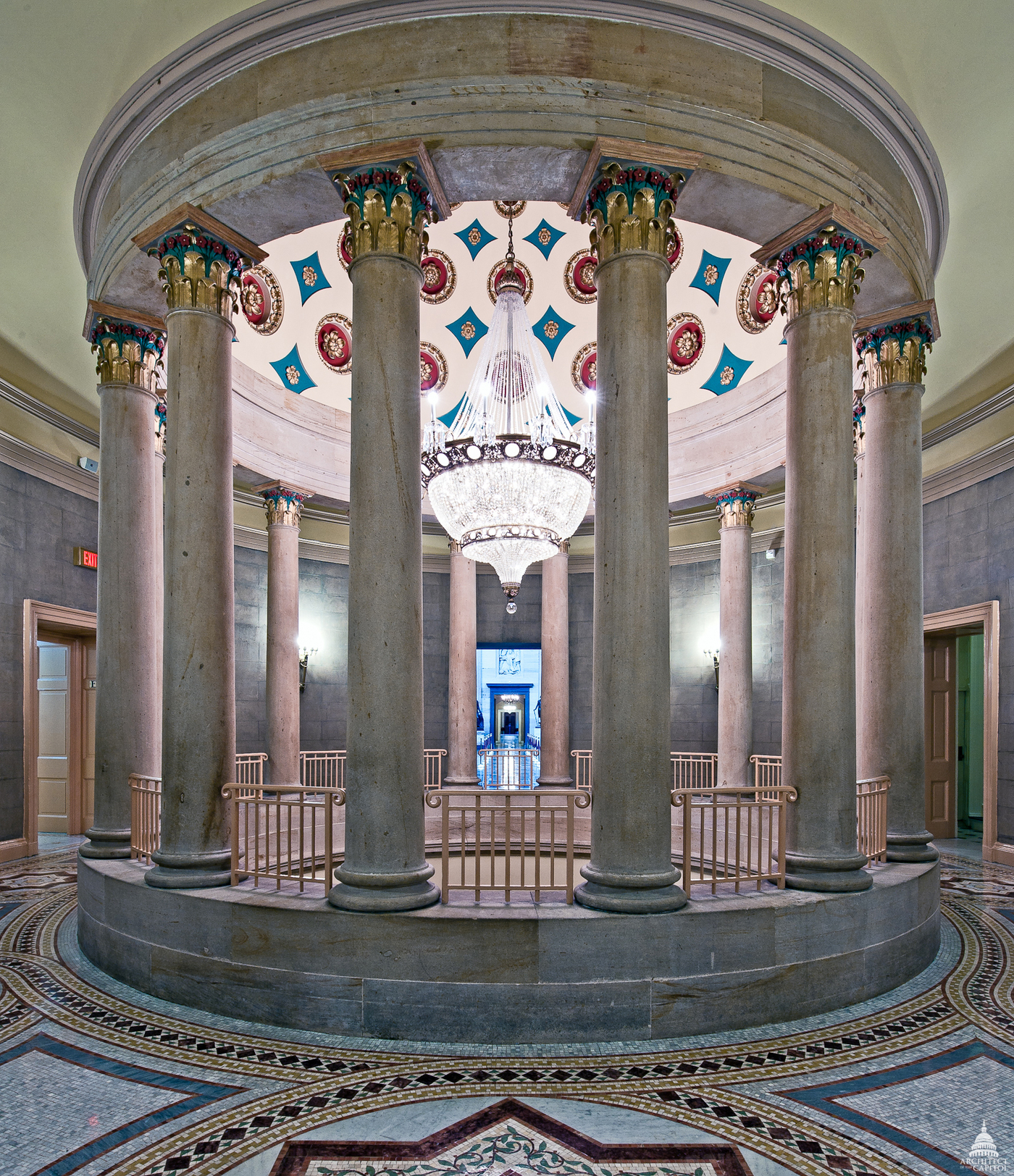 Interns who host tours on Capitol Hill, stopping at sites like the small Senate rotunda, don't always have their facts straight.

The Architect of the Capitol

Every summer thousands of interns flood the offices of Capitol Hill. One of their primary duties is to give constituents tours of the famous buildings. They parade visitors from the rotunda to statuary hall, offering stories and anecdotes.

But while these intern tours provide a great deal of information, they are sometimes a little short on actual history.

On any given day in the Capitol, thousands of visitors listen to Senate and House interns. They point to the paintings and murals, the statues and architecture and talk about U.S. history. You can forgive them if sometimes things get a little jumbled.

The Capitol burned down during the War of 1812 — not the Civil War, as one intern told his group. One of the largest paintings in the Senate shows Commodore Perry during the Battle of Lake Erie — not Washington crossing the Delaware. And the frescoes were painted by Constantino Brumidi — not, as one intern said recently, Benito Mussolini.

But summer after summer, some of the stories have become so entrenched, they have begun to sound like facts, even though they're not.

In the old Supreme Court chamber on the first floor of the Capitol, for instance, an intern is describing a large clock. It was ordered in 1837, when Roger Taney was chief justice.

"He actually set the clock 5 minutes early, and if anyone was late on his time, they weren't let in," the intern said. "And today, the Supreme Court still runs on Taney time."

She's telling an often-repeated story — and none of it is true.

"The 5 minutes fast is not something Taney asked for," says Melinda Smith, head curator for the Senate. "There's just no telling where this myth started."

Smith's office has scoured the Capitol's records and cannot find a single mention that this clock was ever set 5 minutes ahead.

"We do know from examining the mechanism of the clock itself that it is designed to strike 1 minute before the hour," she says.

Interns go through tour training, but they must absorb a lot of information. Visitors are sure to ask tricky questions, such as when one constituent asks whether Supreme Court justices sit in particular seats.

But she can't say anything. It's Senate tradition: Red Coats don't correct interns unless they are asked a direct question.

So in the hallway, when interns tell visitors that the pockmarks on the corncob columns are musket-ball holes from the War of 1812, neither Melinda Smith nor the Red Coats can pipe in that it's just the sandstone oxidizing.

"There's a lot of facts and a lot of information throughout the building, and it's very easy to kind of intertwine stories," Smith says. "Hopefully the visitor comes away with the larger story, and the smaller facts kind of float to the bottom."

Smith says that larger story starts with the architecture, especially in the small Senate rotunda. Benjamin Henry Latrobe designed a circular colonnade, with 16 columns topped with leaves of the native American tobacco plant and flowers, supporting an ornate dome. From the center, you can see all the way into both ends of the House and Senate galleries — open, accessible and of equal stature.

But most tours passing through are talking about something else — a set of markings on the concrete floor.

Santos says the markings may be from the Ghost Cat of the Crypt.

Smith laughs and tries to continue her story of the architecture, but another intern starts pointing at the floor markings.

"They're cat prints," the intern says. "They used to release cats in here to catch the mice ... "

But then the intern turns and steps under the rotunda and tells his group about Latrobe, about his 16 columns and tobacco leaves, about the open nature of American government. Smith is beaming.

Architecture, democracy and black ghost cats — that's about as American as a tour can get.