Accessibility links
Mom No Longer 'Dumb' About Gay Son Ninety-year-old Rita Fischer and her son Jay recall a conversation they had back in the 1980s, when Jay first told Rita he was gay. 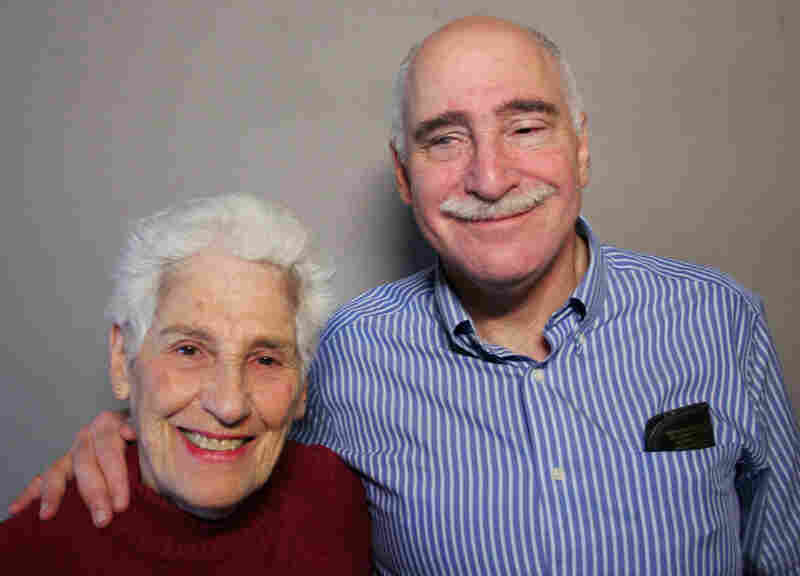 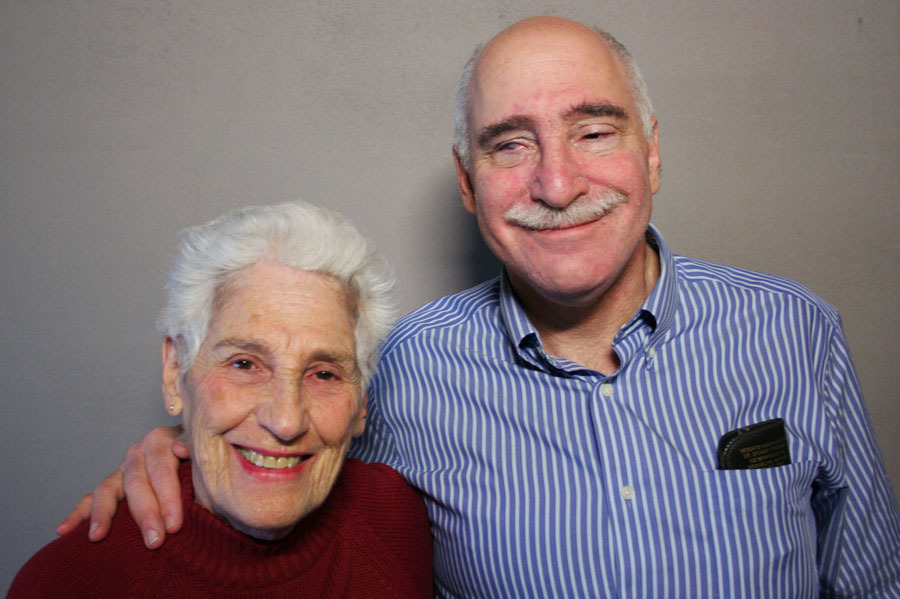 OutLoud, a new StoryCorps project, records and amplifies the voices of the LGBTQ community.

Ninety-year-old Rita Fischer remembers the phone call she got when her son Jay Fischer told her he is gay. It was the 1980s, and she says she had no idea.

"When you called and came out, it was quite a shock. I had no inkling--none whatsoever. You tell me you're gay, and I said, 'Listen. Give me a half hour to come to myself, and I'll call you back,'" she tells her son on a visit to StoryCorps in New York City.

She did call him back. She said "this is not a telephone discussion. I think you best come speak with dad and I. But don't worry; we're going to love you the same way."

Her son Jay, now 65, says he thought she knew. "When you talked about not knowing about me being gay, I mean, I consider you a lot of things, but dumb isn't one of them. And I had left so many clues. I had somebody over for three times a week for five years."

She says a "very high point" was taking part in Jay and his partner Michael's commitment ceremony. "Dad I and were celebrating our 50th wedding anniversary. And you suggested that we make it a joint celebration. And when dad and I walked you down that aisle. I was so overwhelmed that I thought I was going to drop dead from a heart attack. It was one of my bursting moments of pride," Rita tells her son.

"I consider you a blessing to both me and Michael. And that's as best as I can put it," Jay says.

"I think straight parents should be involved with their gay children. I told everybody and anybody who would listen to me, that I had a gay son and that I was very proud of my gay son."

Audio produced for Tell Me More by Jud Esty-Kendall.