Accessibility links
No Forgiveness, But A Kind Of Cinematic Grace In 'Calvary' Critic Bob Mondello says Calvary, a darkly comic new film about a tough old Irish priest threatened with murder by an angry parishioner, is "bleak and corrosively funny in about equal measure." 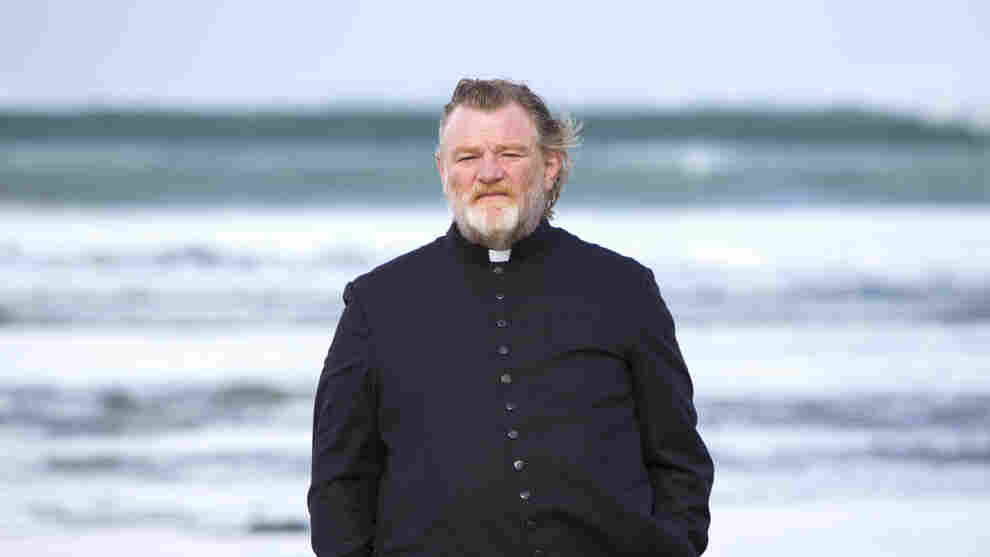 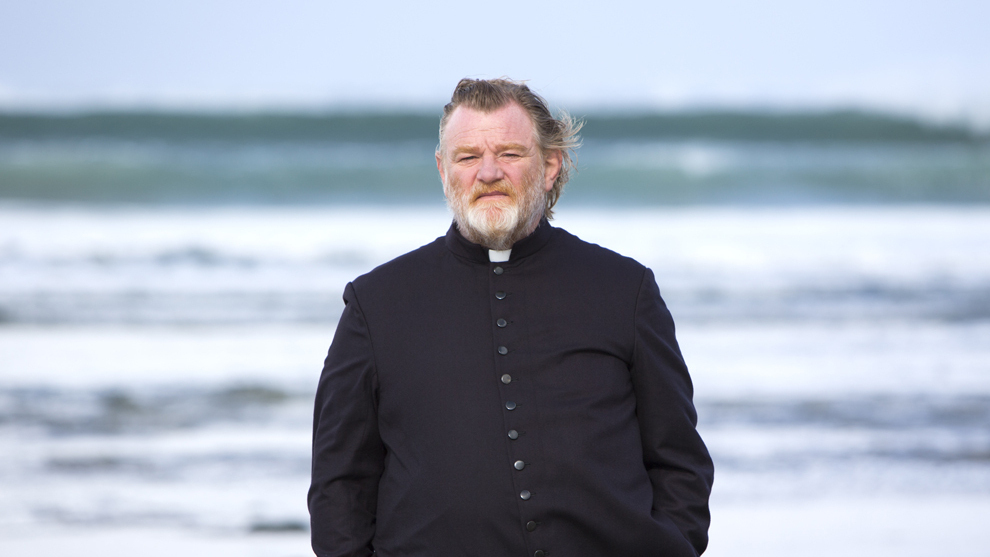 Brendan Gleeson, as tough-minded Father James, faces a death threat from an angry parishioner in the darkly comic new Calvary.

The film continues a winning streak for the actor/director team after their terrific comic thriller (and all-time Irish indie box office champ) The Guard, in which Gleeson played a surly, often three-sheets-to-the-wind but undeniably effective cop. Calvary, which is apparently the second installment in a planned trilogy (the concluding chapter will be called The Lame Shall Enter First), finds him in a role that could hardly be more different and deepens and darkens the mood considerably, beginning with an opening scene that has Gleeson's Father James' eyes widening slightly as he hears confession from a man who begins, "I first tasted semen when I was 7 years old."

"That's a startling opening line," observes the tough-minded priest. But the unseen parishioner is not out to startle; he wants to cause pain to match what he's been bottling up for decades. Raped repeatedly as a child by a priest who has since died, he is now hellbent on an irrational act of retribution.

Sunday-a-week ought to give him time to put his house in order, he says, and leaves the confessional.

Calvary is bleak and corrosively funny in about equal measure, with the rugged gray/green landscape suiting the harshness of the village's attitudes about the church, and repentance, and the worth of good works.

Father James, a widower and recovering alcoholic who came late to the priesthood, and has found it suits him, appears as unprepared for this turn of events as we are. But there's a hierarchy to guide him (albeit, one that turns out not to be much help), and pastoral duties to occupy his time.

Now, while the priest knows who's threatening him, we don't. And as he makes the rounds of his parish, talking with the police inspector (but not about the threat because the inspector's male prostitute is there), or arguing religion with a squire whose wealth brings him only bitterness, you start to realize pretty much any of his parishioners could be the one. Well, maybe not the jailed rapist cannibal (played in a nice bit of perverse casting by Gleeson's son Domnall), but certainly the arsonists, adulterers, and coke-snorting doctors in his flock. Their callousness leaves Father James regularly astonished. Us, too, and all the while, the clock keeps ticking toward Sunday-a-week.

Calvary is bleak and corrosively funny in about equal measure, with the rugged gray/green landscape suiting the harshness of the village's attitudes about the church, and repentance, and the worth of good works. It is also so clearheaded about the human cost of the church's abuse scandals that it qualifies as something of a leap of faith in its own right. A leap past the forgiveness preached in last year's Oscar nominee, Philomena, to a more rigorous accounting and a kind of cinematic grace. (Recommended)