Accessibility links
At The Cradle Of Country Music, A Monument You Can Hear As Well As See Bristol, a Virginia border town, hosted the first recording sessions of Jimmie Rodgers and the Carter Family. Now, a museum stands to honor what is known as country music's "big bang." 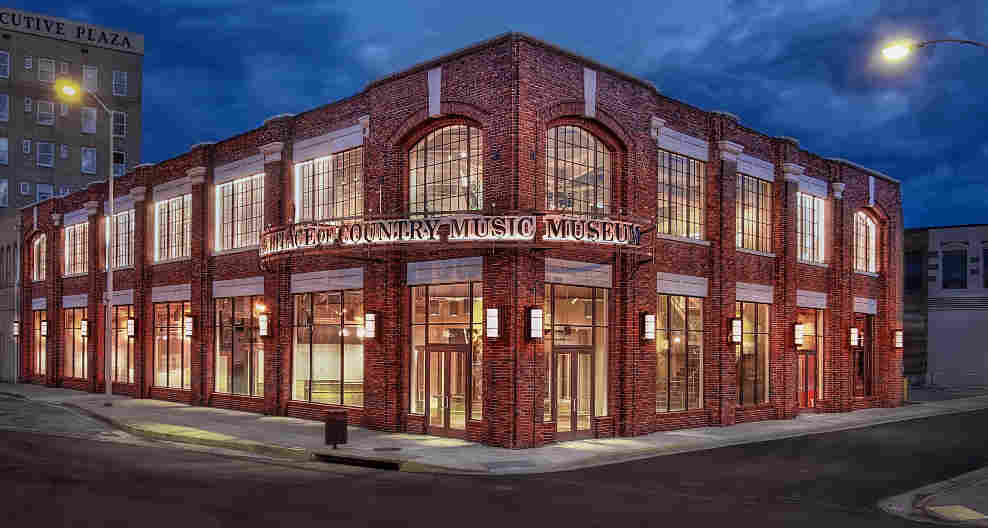 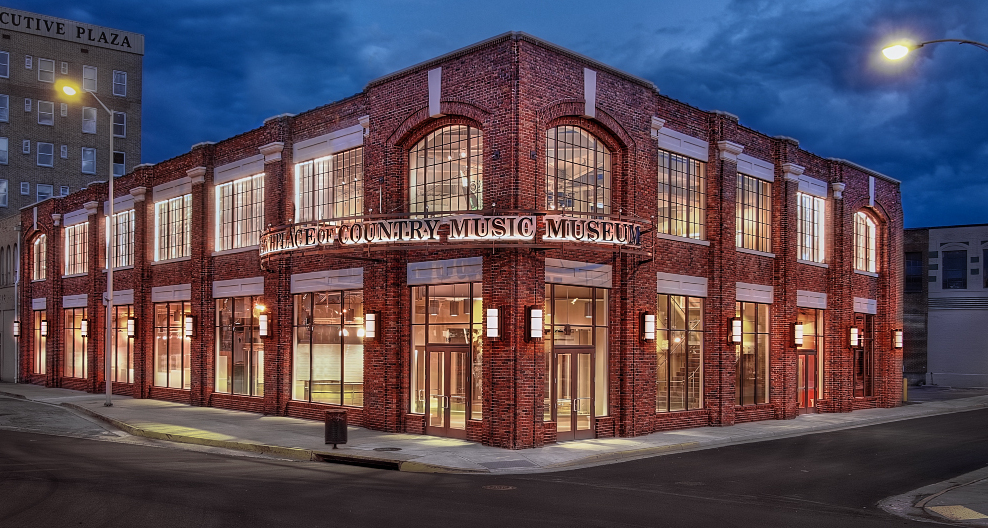 The Birthplace of Country Music Museum takes its name from a recording session in 1927, which produced such future stars as Jimmie Rodgers and the Carter Family.

When you exit Interstate 81 in southwestern Virginia and arrive in the small city of Bristol, you see what it looks like to age. The Art Deco Paramount Theater on State Street has not only the good bones, but also the healthy glow it did when it was built more than 80 years ago. Back then, this small southern city was an unavoidable stop for travelers.

"If you were traveling anywhere north or south of Bristol by train, you had to stop in Bristol for a considerable amount of time because the train gauge actually changed," says Reagan Streetman. He's a spokesperson for the Birthplace of Country Music Museum, which opens in Bristol today.

"We are on a state line. They had to take it off the Virginia tracks and switch them to Tennessee, and that took some time — so a lot of people came downtown," Streetman explains. "This was a really bustling city, and if you were an artist, you would perform here."

So it made sense for a producer from Victor Records named Ralph Peer to set up a makeshift studio in a hat factory, a few blocks from where the Birthplace of Country Music Museum now stands, and start auditioning talent.

Holding Music History In Your Hands: Why Archives Matter

Turner says that although there were earlier country recordings produced in Atlanta and New York, Bristol represents a ripe moment, "where you have people really getting into the industry, artists who are just about ready to become famous and recording technology all coming together to make recordings that are very successful."

The museum is just off State Street in a former truck dealership building, and you can still see the ramps in its new incarnation. What you won't see are a lot of glass cases filled with old instruments and costumes.

"We're not heavy into artifacts," Streetman says. "We want people to touch, feel and hear the instruments and be inspired."

Streetman says touch screens allow museum-goers to take apart the old songs: that is, to pull up the vocals or the guitars and study them separately, even remix them. And there are listening stations where you can hear the original 1927 Bristol recordings and their later remakes. In this museum, even selfies are welcome.

"People want to use their phones to capture their experience and upload to YouTube," Streetman says. "Why not let them?" 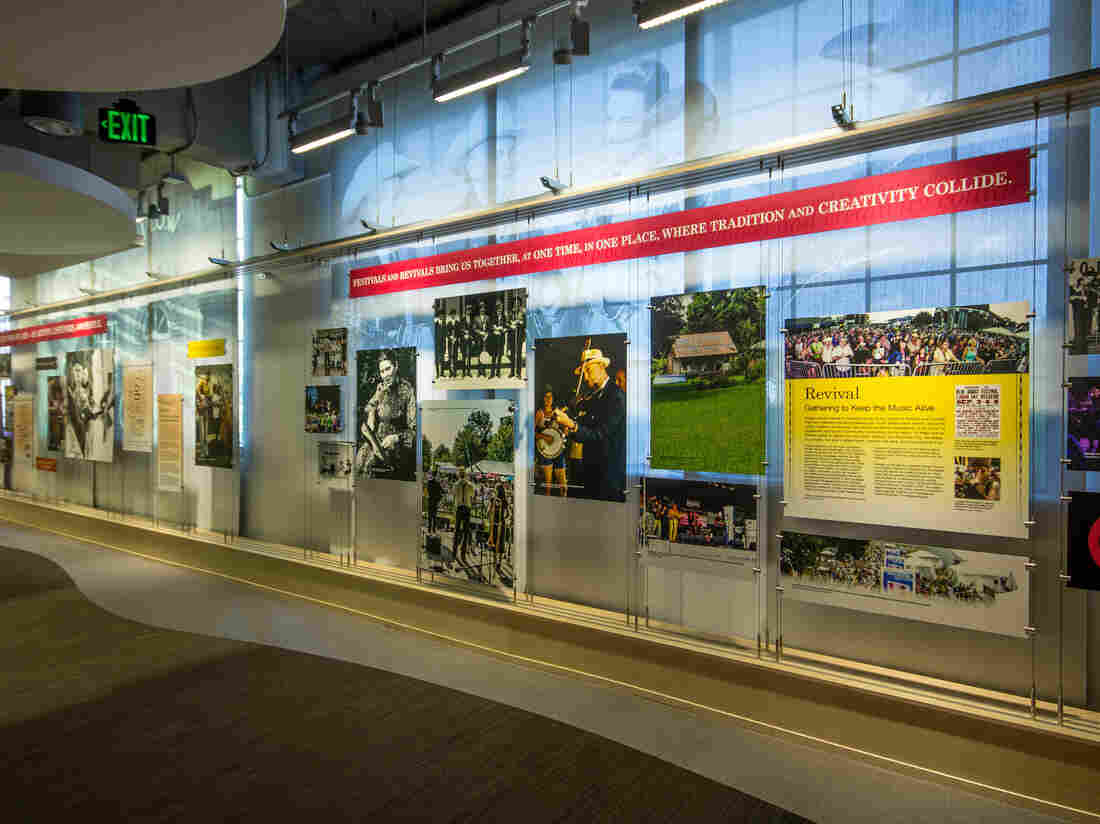 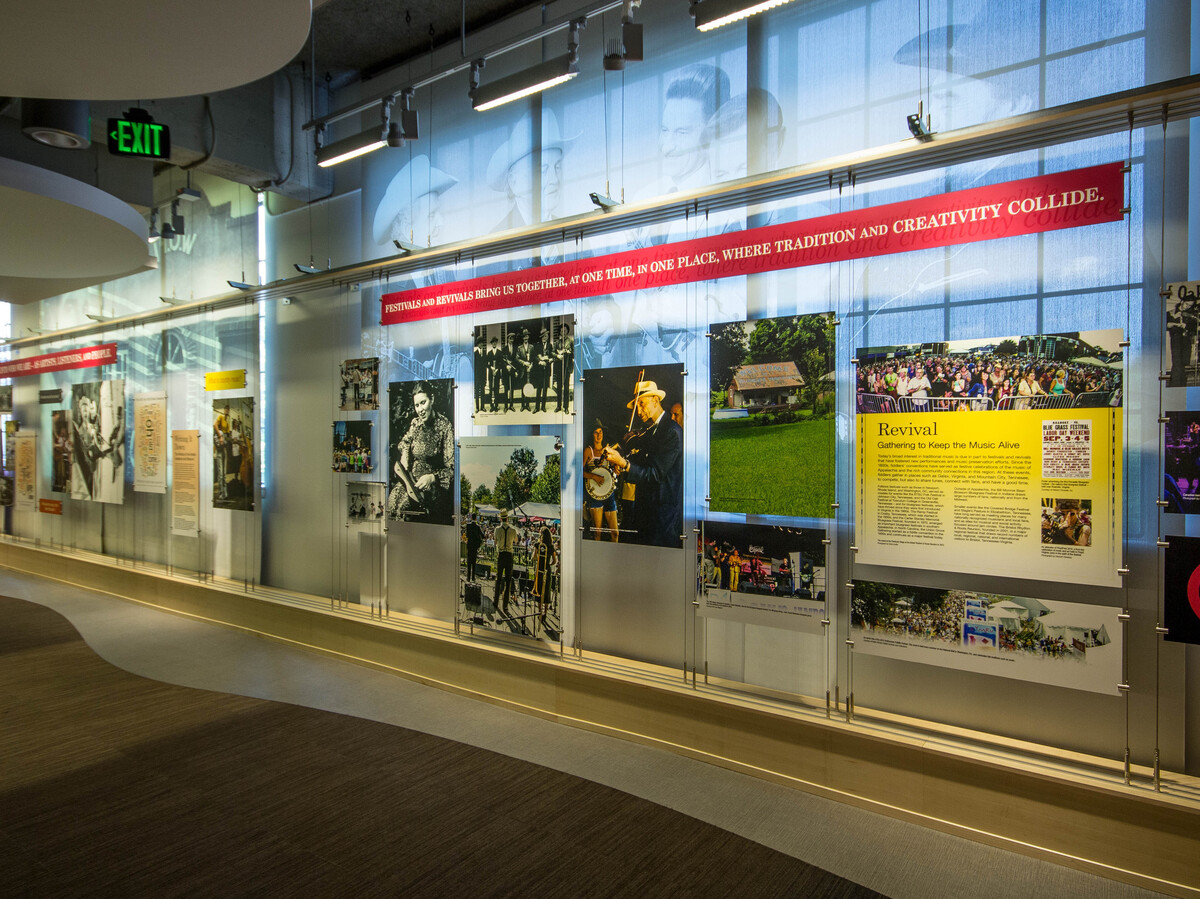 The Birthplace of Country Museum covers more than the beginnings of country, highlighting festivals, revivals and how roots music continues to evolve.

That ethos captures what the music is all about, says Jeff Place, a staff archivist at the Smithsonian Center for Folklife and Cultural Heritage.

"Appalachian music is community-based music," he says. "The roots of country music and where country music came from is really the Appalachian Mountains and that area around Bristol. And there's a whole scene down there, the festivals; it's as vibrant as it's ever been.

Place worked to help the Birthplace of Country Music Museum become a Smithsonian affiliate, which means it can borrow assets and get curatorial advice, among other things, from the larger institution.

A hundred miles northeast of Bristol, in Floyd, Va., sits the Floyd Country Store. Hanna Trayham spent her childhood coming here. She's a banjo player in the Northwest-based, old-time string band The Barn Owls and the daughter of fiddler and luthier Mac Traynham, who is making a banjo for the museum. Hanna thinks the place will be a great addition to the scene.

"My music comes from this very specific southwest Virginia region, so I care about the musicians that were here," she says. "And so to figure out who played where and when and what did they play, and to find out their sources even, is really great for people in our generation."

Translating that spirit will be a challenge for the new museum, Jeff Place says — but he's hopeful.

"People make the music for themselves and with each other," he says. "And it is interesting to see a museum that's taken all these old technologies and is presenting it in a more high-tech museum way."