Accessibility links
First Listen: Sinead O'Connor, 'I'm Not Bossy, I'm The Boss' On her 10th album, O'Connor returns to familiar ground, yet still widens the scope of rock with frank, urgent, compelling songwriting that proves how complicated the idea of the personal can be. 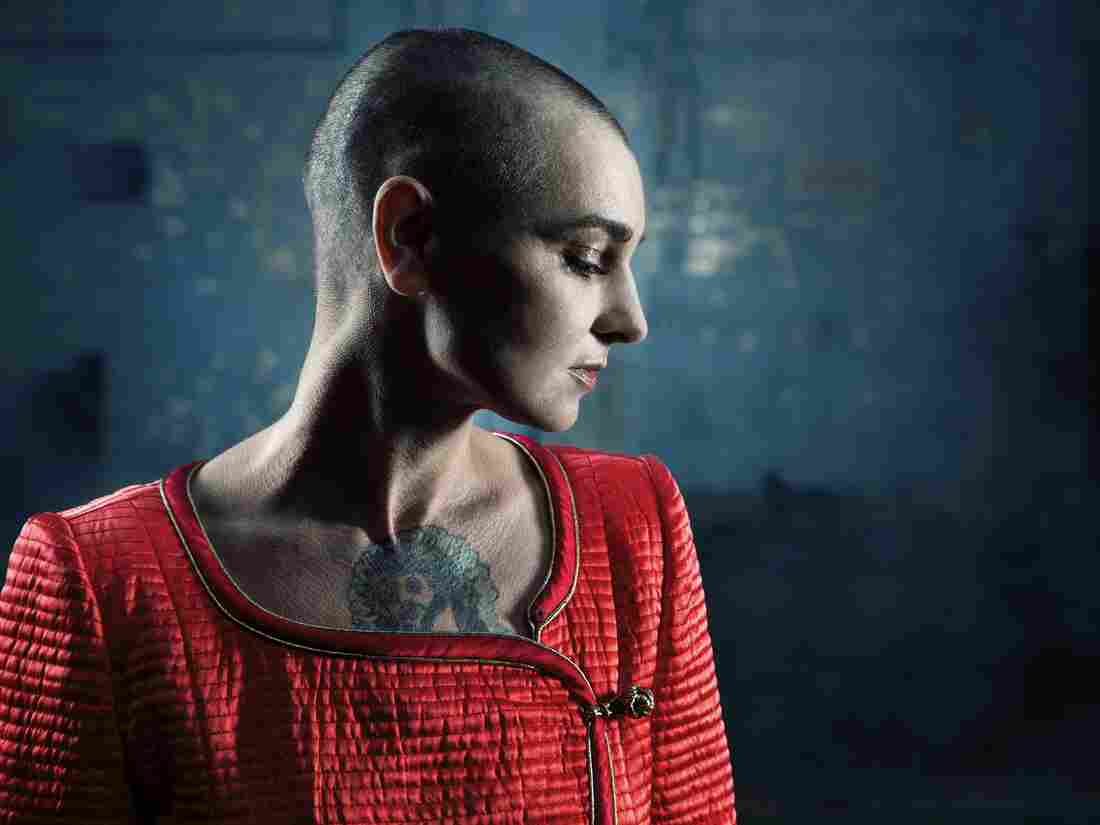 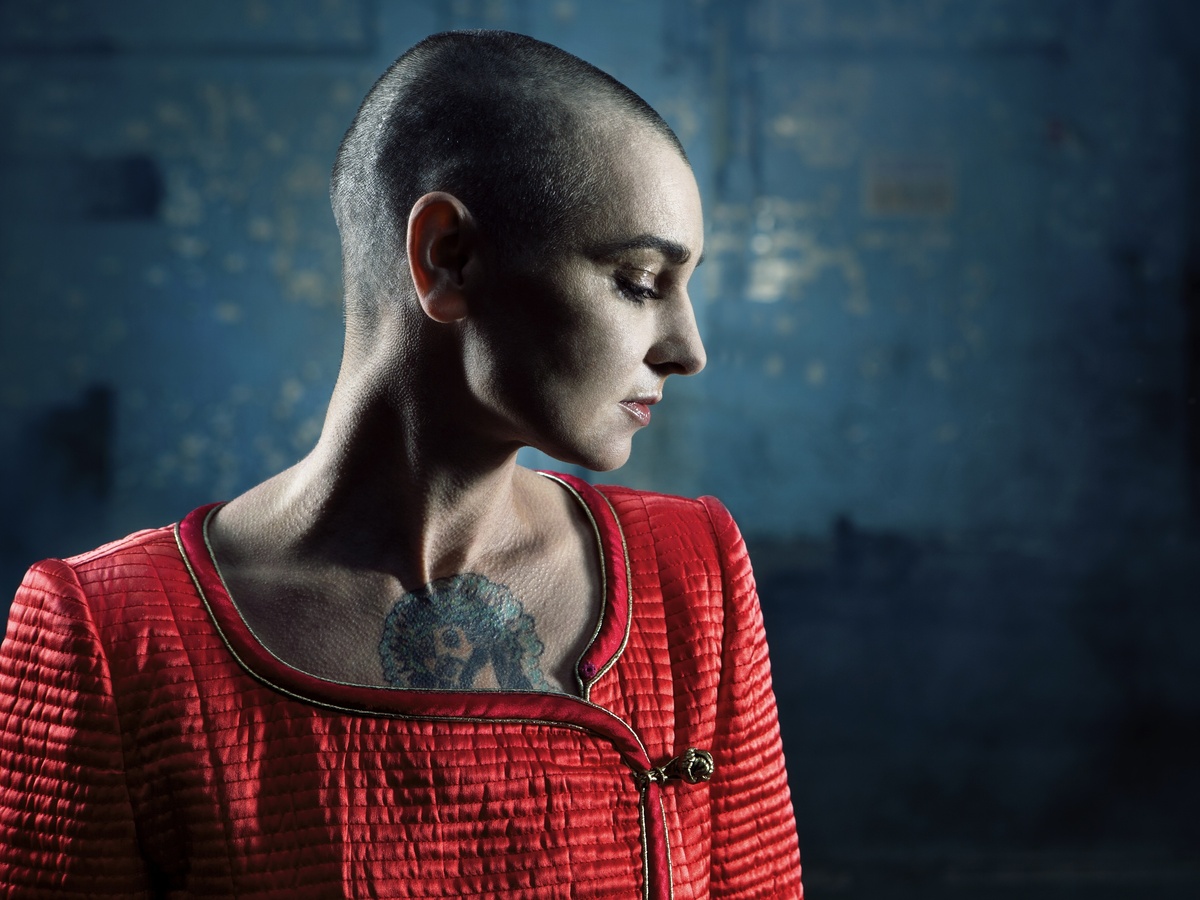 Donal Moloney/Courtesy of the artist

As a songwriter, Sinead O'Connor connects her own life story to forces both historical and cosmic. Her 1987 debut, The Lion and the Cobra, included songs that challenged Ireland's favorite folk tales and tackled the legacy of Irish poet William Butler Yeats next to songs expressing post-adolescent lust and hesitancy about the singer's impending fame. Ten albums later, O'Connor has returned musically to similar ground, yet still widens the scope of rock with frank, urgent, utterly compelling songwriting that proves how complicated the idea of the personal can be.

Without always being overtly autobiographical, I'm Not Bossy, I'm the Boss addresses the backlash O'Connor endured around the time of her last, fantastic album, 2012's How About I Be Me (And You Be You)? The media largely ignored O'Connor's musical return to form in favor of gossip about her (always) outrageous statements in interviews, her marital status, her mental health and her weight. More recently, O'Connor again entered the spotlight by writing an open letter to Miley Cyrus, advising the young star to be careful of exploitation. Cyrus openly scorned O'Connor, pointing to the older singer's struggles with mental illness instead of acknowledging that O'Connor had once been an often-objectified 21-year-old pop star herself.

I'm Not Bossy can be heard as a response to Cyrus — but not a defensive one. Instead, this set of songs has O'Connor schooling young divas and the rest of us on how love and sex, pop's perennial topics, can be rendered within deeply emotional, complex narratives. "Don't stop me talkin' about love," O'Connor sings in the album's opening track, which bears the title of her 2012 album and, according to her, is the only directly autobiographical piece here. The 11 songs that follow demonstrate just how many ways she can tell love's story.

Partnering with her longtime producer John Reynolds and a band of friends that includes guitarist and frequent collaborator Graham Kearns (as well as a non-specifically credited Brian Eno), O'Connor works in mostly familiar musical territory on I'm Not Bossy: multi-tracked vocals, folk flourishes, danceable beats amped up with rock attitude. Newly prominent in her mix is a strong blues element. It's most intense in "The Voice of My Doctor," an explosive revenge cry from a prototypical "other woman," and almost crosses into country in "Kisses Like Mine," a charming testimonial by a gleefully mercenary serial sex partner. (Hey, Pistol Annies, let's hear your harmonies on the O'Connor couplet, "See, I'm special forces / They call me in after divorces.") But the blues is present in spirit throughout the album. It's in the way O'Connor gives voice to a woman who sleeps with her lover's green jacket, inhaling as much as she can of him; in the funkiness of the Afrobeat-touched "James Brown," with saxophone by Seun Kuti and extra sauce added by O'Connor's cape-tossing growls; in the fearlessness with which she addresses suicide in "8 Reasons"; and, morphing into gospel, in the brazen self-redemption of "Take Me to Church."

For all the sauntering sensuality O'Connor borrows from the blues, there's a more mysterious, story-driven side to I'm Not Bossy. The original title — before she borrowed a more confrontational one from Sheryl Sandberg's best-seller Lean In — was The Vishnu Room. That song, with its Indian rhythms, offers a portrait of a hesitant bride seeking gentleness on her wedding night. "Harbour" is its flipside. Though it shares a title with an earlier, ethereal Moby collaboration, this "Harbour" is all blood and guts: the tale of "a broken 14-year-old girl / who hasn't been allowed to tell / what happened in hell." It might have been a rape, or perhaps an illicit romance that caused estrangement from her family. Either way, O'Connor speaks like the lioness she is for this lost girl, who could be her or any of us.

In the album's richly contemplative closing ballad, O'Connor foreswears boarding any more "streetcars named desire." The many-faceted female character she's created on I'm Not Bossy has come to a resolution. But the restlessness remains in the whispers and wails that O'Connor offers, even here. It's complicated: There's always pain in love; there's always hunger and power. And, O'Connor reminds us with her very breath, there's always defiant joy, too.