Accessibility links
Allison Janney On Sex, Sorkin And Being The Tallest Woman In The Room Allison Janney has been nominated for Emmys for her roles on Masters of Sex and Mom. She says her relationships with her mother and her brother, who was an addict, helped inform her characters. 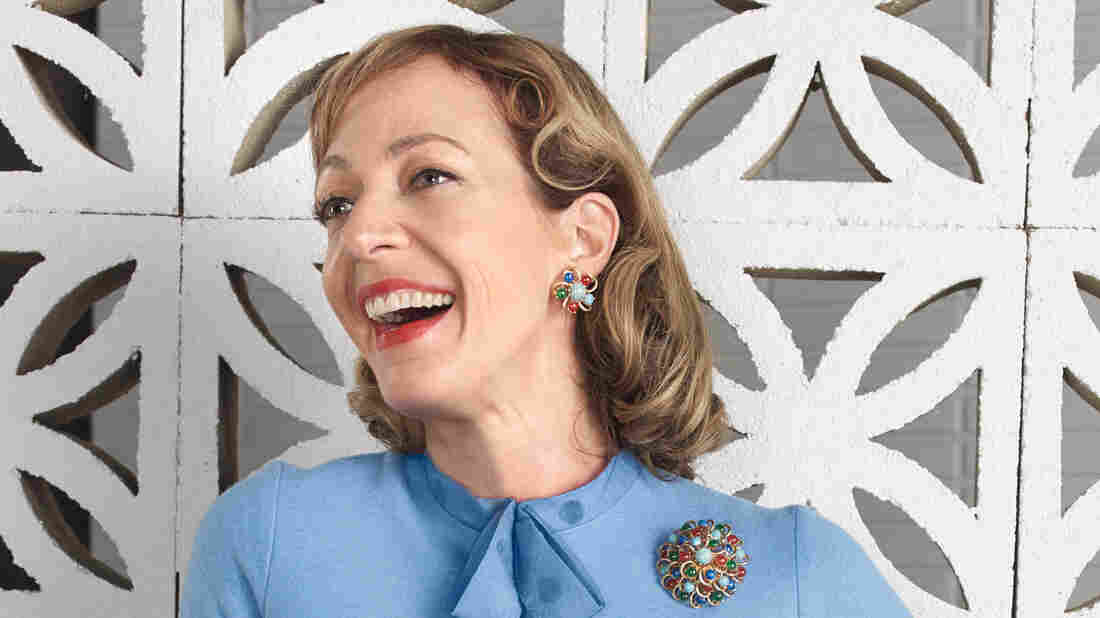 On Masters of Sex, Allison Janney plays Margaret Scully. Janney was nominated for an Emmy as outstanding guest actress in a drama series for her performance. Frank W Ockenfels 3/Showtime hide caption 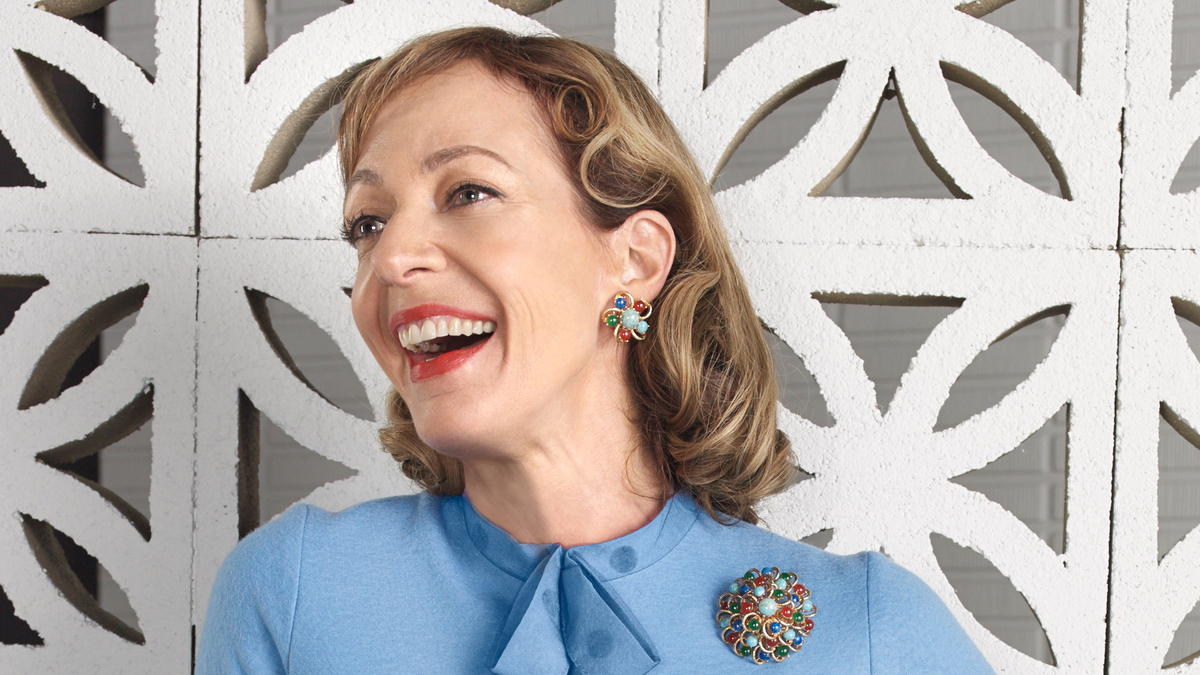 On Masters of Sex, Allison Janney plays Margaret Scully. Janney was nominated for an Emmy as outstanding guest actress in a drama series for her performance.

Playing a woman discovering sexuality in the '50s makes actor Allison Janney think of — of all people — her mother. Janney's mother and father got married in their early 20s, and she doesn't believe her mother had sex with anyone else.

"I remember my mother talking to me about the birds and the bees," she tells Fresh Air's Terry Gross. "Of course, I had already known [about them], probably years before she came to me. But remembering the way she talked to me about it — it's just everything about her reminds me of Margaret Scully."

Margaret Scully is the character Janney plays in Showtime's Masters of Sex, based on the story of William Masters and Virginia Johnson and the research they conducted into human sexuality starting in the late 1950s. Scully is married to Barton Scully (played by Beau Bridges), the provost at the hospital at Washington University, where he supervises Masters' research. Barton is closeted and the two are stuck in a sexless marriage. When Barton betrays Margaret by hiring prostitutes, Margaret finds herself in the throes of passion with another man.

Janney says she became "fast friends" with the other actors on Masters of Sex — and had to ask for "just a little shot of courage" (read: bourbon) before her first sex scene. Michael Desmond/Showtime hide caption

Janney says she became "fast friends" with the other actors on Masters of Sex — and had to ask for "just a little shot of courage" (read: bourbon) before her first sex scene.

In another role, Janney also learned from a relationship within her family. In 2011, after a long struggle with addiction, Janney's brother committed suicide. Two years later, she was cast as Bonnie Plunkett in the show Mom, about a newly sober single mom. Though the show is comedic, Janney felt it was important to illustrate what so many families face.

Janney, who is best known for her role as White House press secretary C.J. Cregg on The West Wing, has been nominated for two upcoming Emmy Awards: one for outstanding guest actress in a drama series for her performance in Masters of Sex, and another for outstanding supporting actress in a comedy series for her role in CBS's Mom. The Emmys air Aug. 25.

The situation is so awkward that you do have to become fast friends [with the other actors], or you look for anything to be comfortable with your scene partner. Maybe that's sharing some silly thing that happened with you in bed your first time or whatever — anything to break the ice.

I had to ask for just a little shot of courage before I had my first sex scene with Teddy Sears [on Masters of Sex] who is just the most gorgeous, wonderful, handsome specimen. ... When I say courage, just a little shot of bourbon ... I just wanted something to take the edge off because I was beyond nervous. Who gets to do a sex scene when you're 50? ...

The worst part is, I think, doing the run-through for the crew when they come in. You have a private rehearsal. And they're very great on Masters of Sex to keep the set very private, and [they] respect everyone. You go through [the motions] with the director, and then they invite the crew in because they have to see it in order to boom it and light it — and that's the part that just feels so weird.

On her brother's death informing her role on Mom

The loss of my brother was a huge moment, a life-changer for me. I spent a long time trying to help him get sober. I sent him to countless rehabs — I tried to be there to help him. And when I lost him, this show Mom came along two years after.

I thought, "This is good. I feel like I'm qualified to be in this world." I've gone to many Al-Anon meetings, many open AA meetings; I've been to rehab places with my brother. I just know that world. I had to go through it a lot. ... I didn't feel that there was anything anyone was making fun of [in] this process at all. 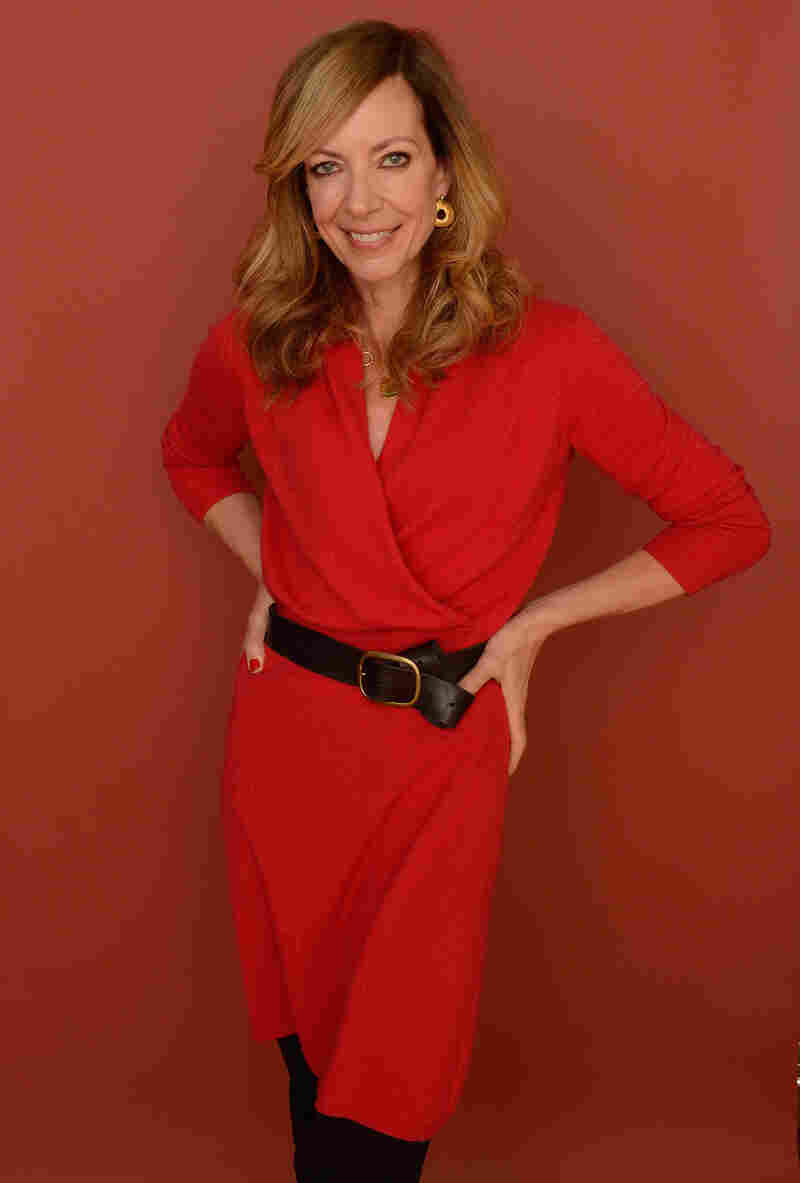 Janney has also been in many movies, including Primary Colors, American Beauty, Juno and The Help. Larry Busacca/Getty Images hide caption 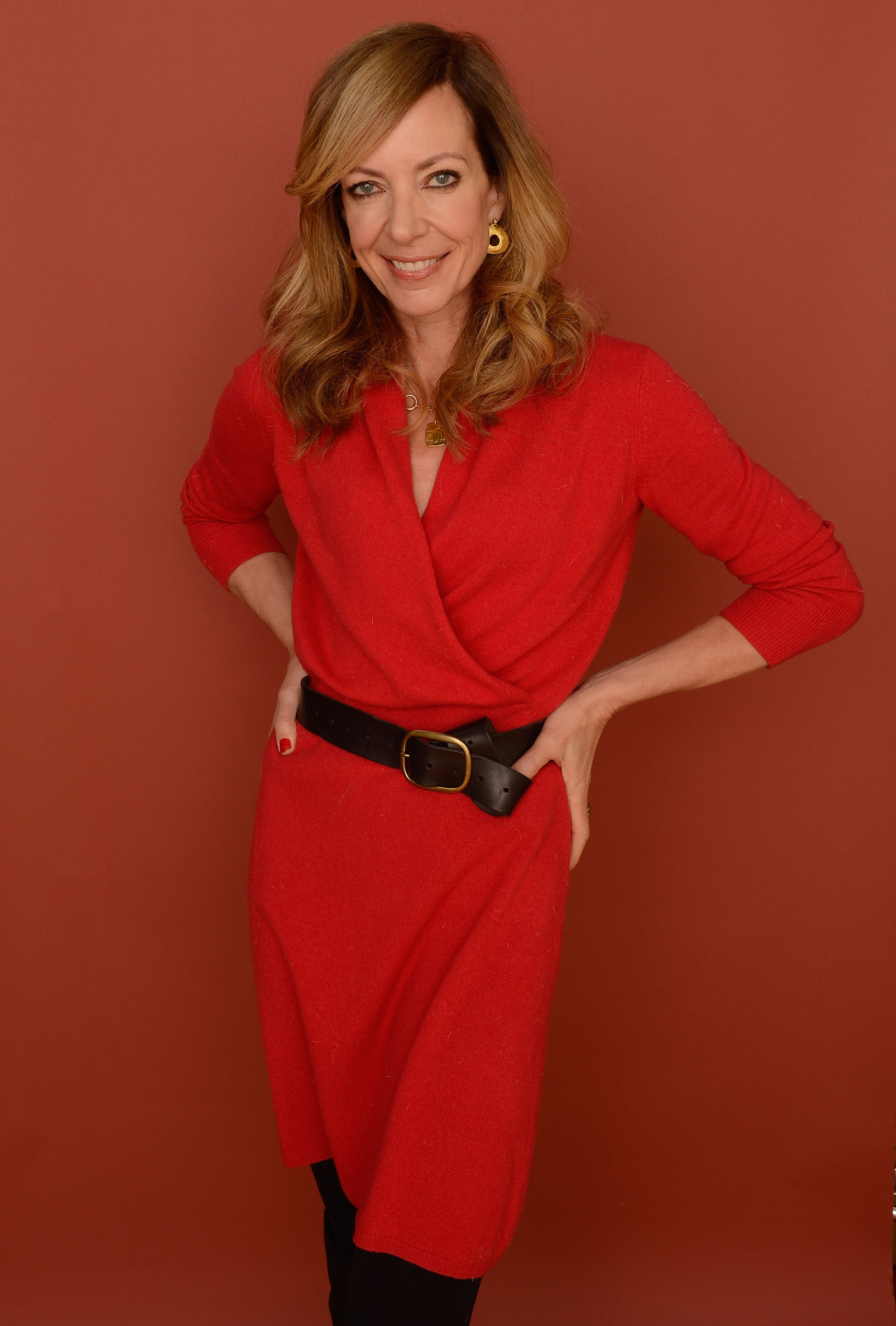 Janney has also been in many movies, including Primary Colors, American Beauty, Juno and The Help.

On playing press secretary C.J. Cregg on The West Wing, and whether Aaron Sorkin's snappy dialogue translated into real life

Unfortunately that was the biggest disappointment, that that didn't just seep into my skin and my brain and I was able to just speak like Aaron Sorkin writes the minute I left that show. But no, I don't have that razor wit that C.J. had.

Politics scared the crap out of me because I didn't grow up in a family where we talked about anything, really, except, "Pass the peas, and do this." ... We didn't really have political discussions at the dinner table. I didn't learn how to watch or listen to politics.

And then to have to step into this world and really be an actress ... I had no idea what I was talking about half the time. And I'd study my lines going, "What the hell am I talking about?" I learned a great deal doing that show and I loved it, but I felt really just a fish out of water when we'd go to Washington and go out to dinner and I'd meet all the former press secretaries and be sitting around with [former President Clinton's press secretaries] Dee Dee Myers and Joe Lockhart. I'd just get so nervous — I didn't know what to ask them.

On getting roles as a tall actor

I say I'm 5 feet 12 inches. I'm definitely 6 feet. In my heels I'm 6 feet 3 inches. ... [As a kid], I was always sort of a late bloomer in a lot of things. I always felt that way. I felt like my career started late and I think it was because of my height — and maybe some of my confidence issues.

I was playing 40-year-old women when I was 20. I didn't get considered for ingenue roles. Maybe I just wasn't ready, but things started happening when I turned 38. ... I think my height probably did have something to do with it — but [my height] also helped me in certain parts. It's made me definitely more of a character actress in terms of my love of doing comedy. I get cast as either the smartest woman in the room or the drunkest woman in the room, and a lot of stuff in between. But I do well getting those kinds of parts — authoritative or completely crazy, which I love. I love both of those kinds of roles.