Accessibility links
Album Review: 'The Lagos Music Salon' Somi is a jazz singer and songwriter currently based in New York City. Banning Eyre reviews her latest album, The Lagos Music Salon, a collection of songs composed while she lived in Lagos, Nigeria.

Somi is a jazz singer and songwriter currently based in New York City. Banning Eyre reviews her latest album, The Lagos Music Salon, a collection of songs composed while she lived in Lagos, Nigeria. 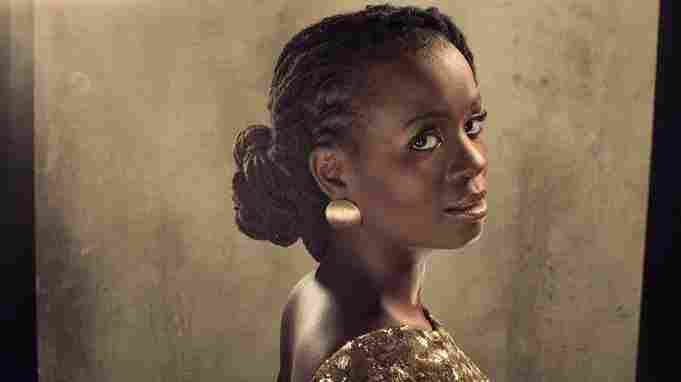 Somi's 18-month stay in Lagos was meant as an honor for her departed father, a man who had immigrated to the U.S. from Africa. Glynis Carpentar/Courtesy of DL Media, Inc. hide caption 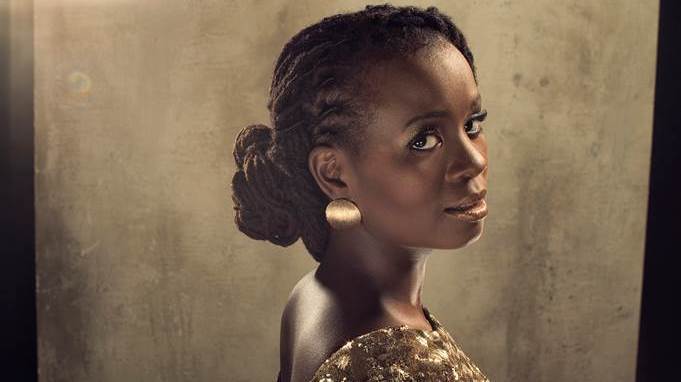 Somi's 18-month stay in Lagos was meant as an honor for her departed father, a man who had immigrated to the U.S. from Africa.

Somi is an American jazz singer and songwriter. Her new release takes us to Lagos, Nigeria where she spent 18 months living and composing. Banning Eyre has this review of "the Lagos Music Salon" which begins where Somi's journey began.

BANNING EYRE, BYLINE: "The Lagos Music Salon" is partly about storytelling. Right at the start, we hear Somi going through immigration at the airport in Lagos at the start of her extended-stay.

EYRE: Somi was born in Illinois to Rwandan and Ugandan parents. So Africa has always been part of her creative mix. After her father died a few years back, she decided to honor him by living for a time on the continent. The place she chose was Lagos, Nigeria, and urban crush of some 21 million people. She said it felt a bit like New York, a place where all sorts of cultures produced and the energy never lets up.

SOMI: (Singing) Oh, African man don't you know, with your fists, your love don't show? Take my hand. Let's leave this valley. Use your strength and love to guide me. I'm your lady. I'll be your queen. Try to harm me, you'll hear me scream. I will say - I will say I believe in you.

EYRE: Somi is an elegant, natural jazz vocalist. And she never loses her American identity even as she absorbs Nigerian influences as on this adaptation of Fela Kuti's classic "Lady." Listen the way Somi brings the essence of the percussion-driven music known as Juju into her song "Juju Love."

SOMI: (Singing) Hey man, you cast your spell. Won't look - won't ask - won't tell - won't deny this is my dream. I can hear your heartbeat slow, shake it and blindfolds - the termite would be tragic. This must be Juju.

EYRE: Somi kept a journal of her experiences and the stories she tells in these song touch on the lives of Nigerians - women under duress, e-mail fraud scammers and domestic workers in this song "Two Dollar Day."

SOMI: (Singing) There's a woman on the road. She's got mouths to feed. Her man died last year. Now she works to the bone.

EYRE: Drawing songs from a challenging and meaningful life experience, Somi shows herself to be an ambitious artist. There's nothing contrived about this album. It's determined, real - though, one has to note it's going to be a tough act to follow.

CORNISH: Banning Eyre is senior editor at Afropop.org. The new album by Somi is called "the Lagos Music Salon."