Old Shells, New 'Turtles': Tinkering With The Insides Of A Famous Franchise

Old Shells, New 'Turtles': Tinkering With The Insides Of A Famous Franchise 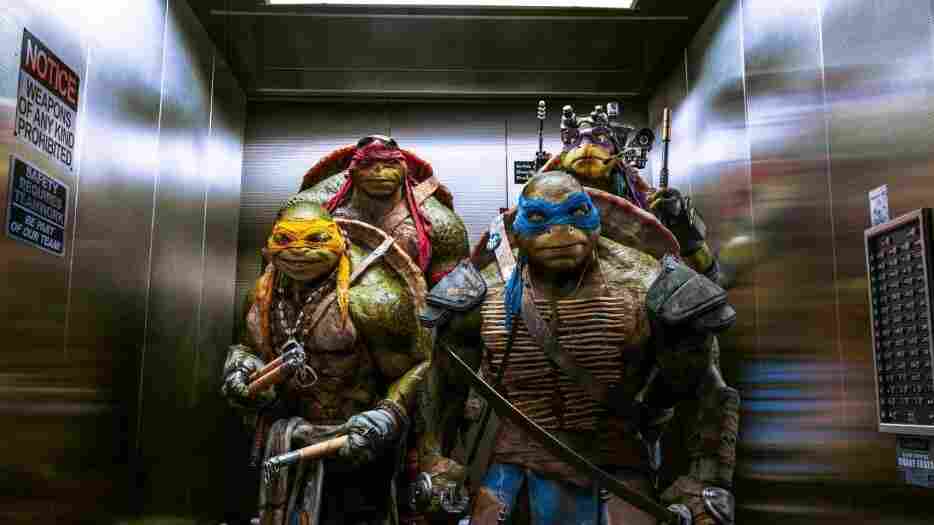 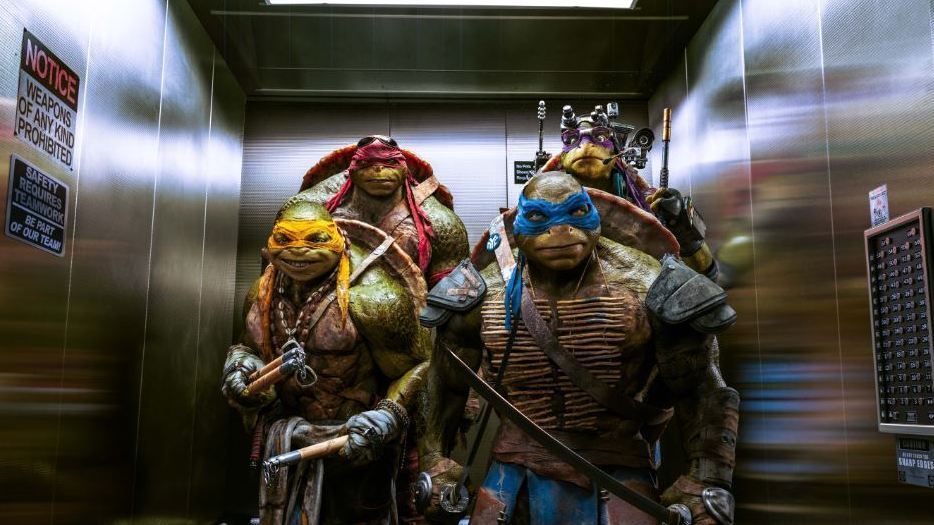 Will Michael Bay Make The 'Ninja Turtles' A Shell Of Their Former Selves?

Jonathan Liebesman's Teenage Mutant Ninja Turtles, a reboot of the franchise following three live-action movies from the '90s and 2007's computer-animated TMNT, courted controversy in 2012 when the film's producer, Michael Bay, announced the title of the film would be reduced to the simpler Ninja Turtles. Much of the ensuing criticism became part of a wider denunciation of another comment by Bay indicating that Liebesman's turtles would be members of an alien race rather than unnaturally evolved reptiles.

The less remarked upon but equally disastrous possibility, though, was losing the "teenage" element. According to a recent history of the Ninja Turtles published by Mental Floss, series creators Peter Laird and Kevin Eastman originally imagined their heroes as fearsome and violent. But the Ninja Turtles in popular culture have always tended toward the goofy, unfocused and juvenile. The '90s films, hardly masterpieces, are at least unabashedly childish. The original 1990 film featured not only teenage turtles, after all; it also populated the villainous Foot Clan, also the enemy in Liebesman's movie, with delinquent, runaway youth.

The new Teenage Mutant Ninja Turtles is removed from such a youth-oriented universe. Liebesman and Bay ultimately dropped the truncated title and the more radical plot changes, but the resulting film still reflects a shift from the first films. Its origin story, while not launched into outer space, has been recast to fit a familiar world domination plot. Michelangelo (Noel Fisher), Donatello (Jeremy Howard), Leonardo (played by Pete Ploszek and voiced by Johnny Knoxville), Raphael (Alan Ritchson), and their rat sensei Splinter (Danny Woodburn, voiced by Tony Shalhoub) are now the products of experiments carried out by Eric Sacks (William Fichtner) and Dr. O'Neil (Paul Fitzgerald) in order to create a mutagen that would heal humans' injuries and cure diseases. Of course, by the time the story really kicks off, the mutagen's positive properties are being used for more nefarious purposes. 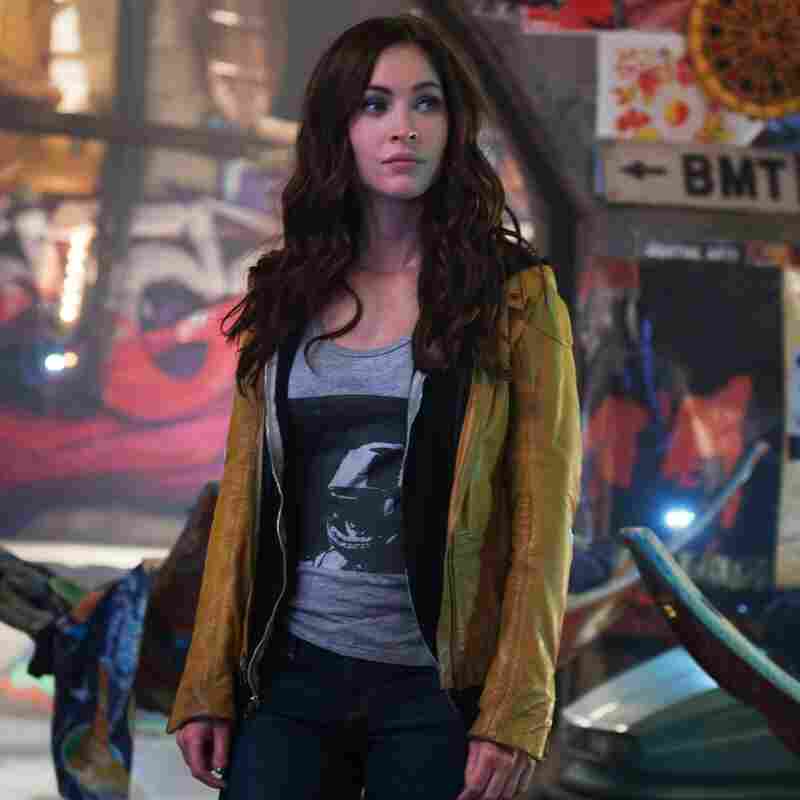 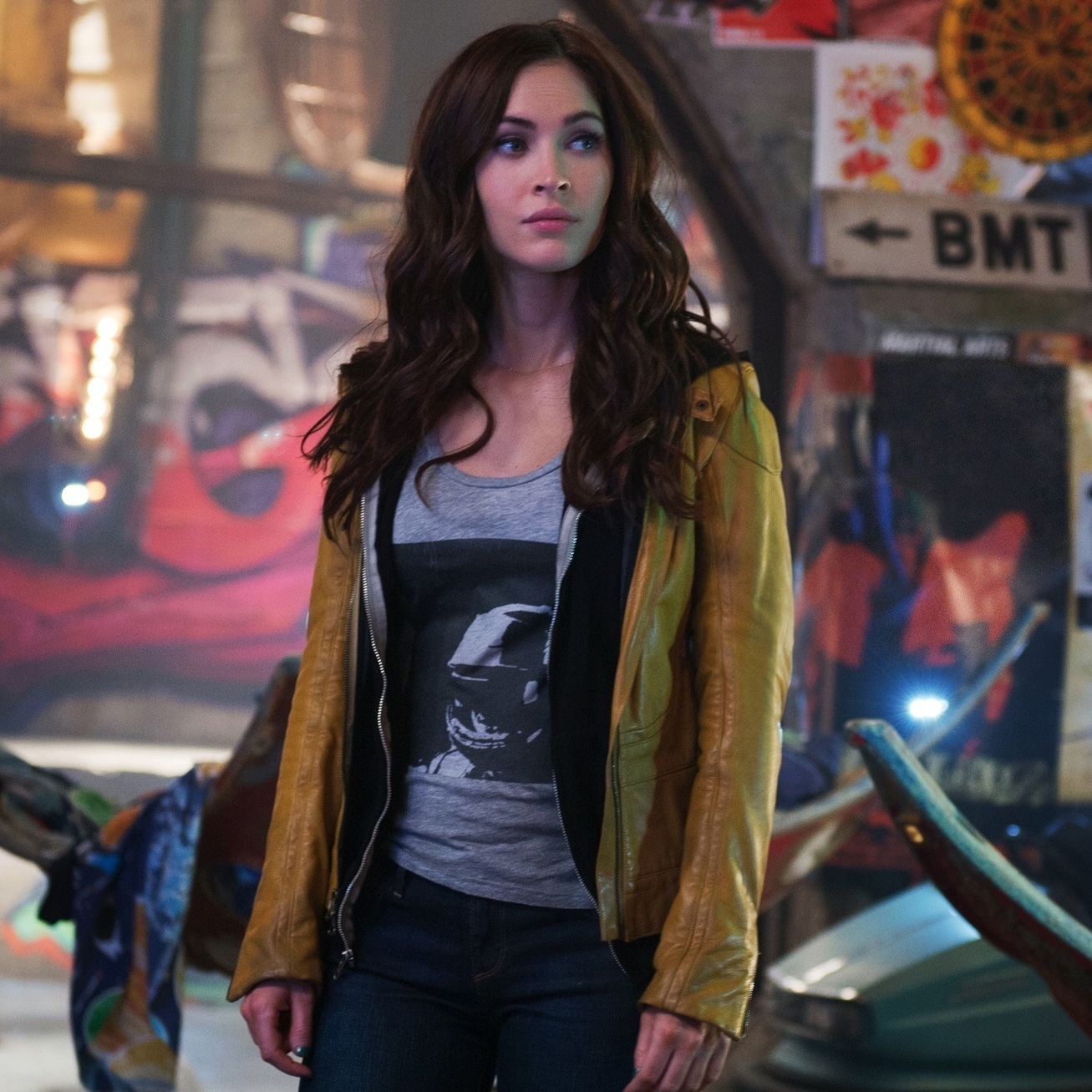 Megan Fox plays April O'Neil, an ambitious journalist who accidentally stumbles upon the ninja turtle clan while chasing a story.

Teenage Mutant Ninja Turtles takes place decades after the experiments, with Dr. O'Neil dead from a fire at Sacks' laboratories and survived by his daughter, April (Megan Fox), a budding journalist tracking the story of the Foot Clan that is tormenting New York City. It's April who first catches sight of the Turtles when they repel a Clan attack, ultimately realizing that they are the same turtles and rat that she saved from her father's lab years ago.

I'm hesitant to subscribe to any notion of origin stories as sacrosanct, particularly since Ninja Turtles is an uninspired but not offensively bad film. The changes, though, do remove one of the more charming elements of the Turtles, at least as they appeared in the original movies. The Turtles have always been urban vigilantes, but when their mutation was a result of bathing in a pool of discarded radioactive ooze they also tapped into an essential aspect of city life: the filthiness. Emerging from the sewers, the Turtles were products of urban waste disposed with little worry of its consequences. Now they're just another science experiment gone wrong.

Liebesman's rebranding also shifts the franchise into a slightly more serious register: the Foot Clan are now a well-armed militia, with their leader, Shredder (Tohoru Masamune), resembling a cross between Darth Vader and a Swiss-Army-knife-inspired Transformer. The stakes are impossibly high ("the entire course of human history depends on it," says Sacks at one point in reference to the mutagen) and the Turtles have turned from pizza-obsessed surfer-types who speak of "dudes and dudettes" to steroid-pumped bros: from stoners to the kind of turtles you might expect to find at a Skrillex concert.

This doesn't mean the Turtles have gone full Dark Knight. Stupid remarks about cat videos courtesy of Michelangelo and a random sing-along are just some of the token reminders of the Turtles of old. There's also one scene focused on pizza and the obligatory, but heavily restrained, use of the word "cowabunga." None of these elements is a defining characteristic anymore, though. They're just traits that Liebesman and the film's trio of writers (Josh Appelbaum, André Nemec and Evan Daugherty) were loath to completely remove from the script, but which, as employed here, bear little of their original appeal.

That leaves the film resting not quite at dark and brooding but having strayed too far from foolish fun. Ultimately, there's a generic blandness to this incarnation of the Ninja Turtles, a derivative quality that the film's self-aware pop culture references (one Turtle's gruff voice is described as "his Batman voice") only underline. The positive aspects of the movie are only those where less forgivable mistakes were avoided.

Compared to other bloated action movies, Liebesman keeps things going at a relatively quick pace. And even while deploying adrenaline-pumped cinematography, with a hyperkinetic camera continuously zooming, retreating, and spinning in circles, he doesn't let scenes devolve into incoherence. There's no lack of craft here, but there's certainly an absence of character.