Accessibility links
Movie Review: 'Deepsea Challenge 3D' James Cameron didn't direct Deepsea Challenge; he's the challenger. And while the film has a surprisingly anticlimactic climax, for explorers of the bottom of the sea, it may hit the spot.

James Cameron Takes The 'Deepsea Challenge' At The Ocean's Bottom

James Cameron Takes The 'Deepsea Challenge' At The Ocean's Bottom 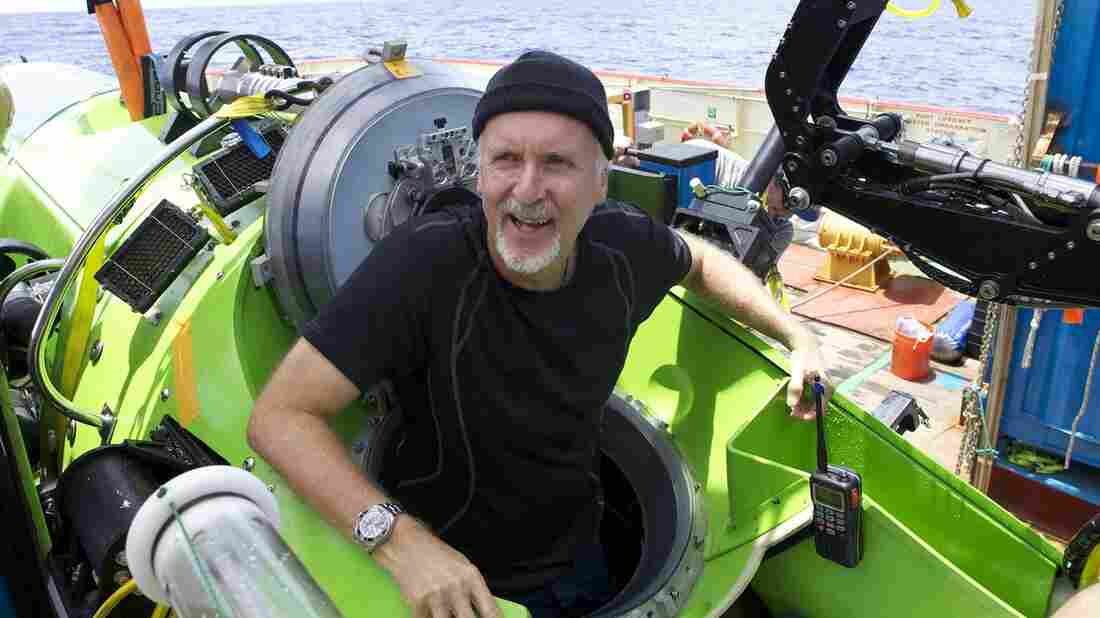 Fillmmaker James Cameron wanted to travel the depths of the ocean since he was a child. He attempts to make his boyhood dreams a reality in National Geographic's Deepsea Challenge. Mark Thiessen/AP hide caption 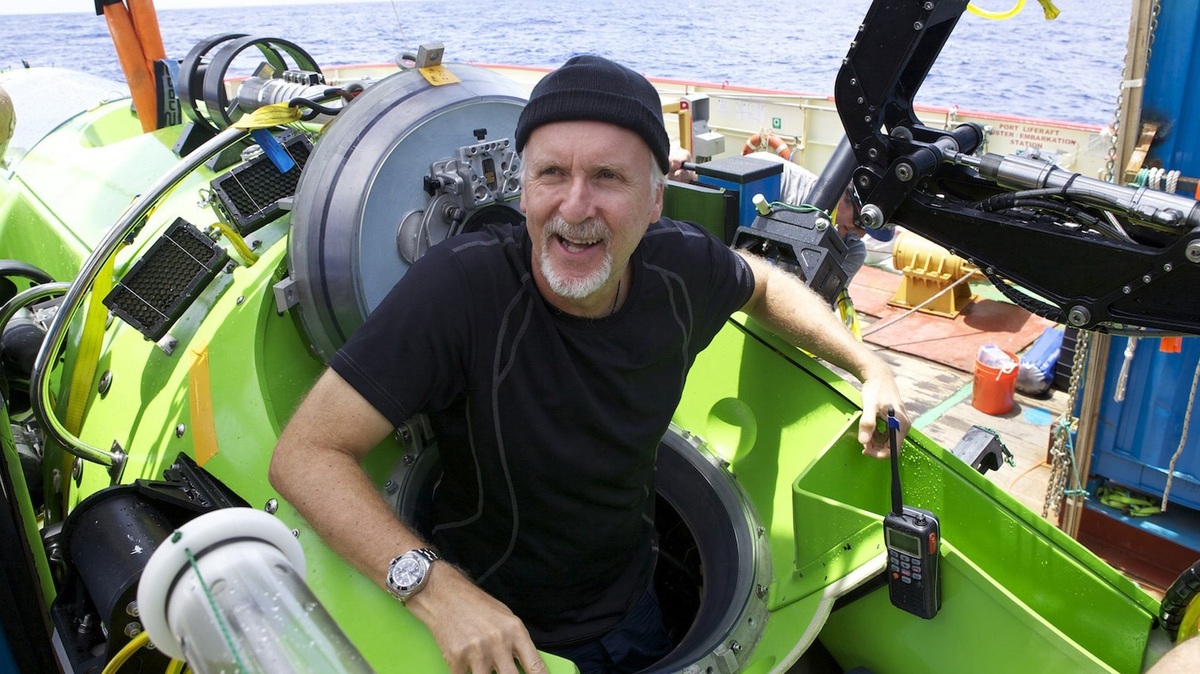 Fillmmaker James Cameron wanted to travel the depths of the ocean since he was a child. He attempts to make his boyhood dreams a reality in National Geographic's Deepsea Challenge.

Building a submersible that can travel to the ocean's deepest point is a budget buster, even for the guy who made Titanic and Avatar. So it makes sense that the Deepsea Challenger, James Cameron's depth-taunting craft, would be designed for just a single passenger. Still, viewers of Deepsea Challenge may think of another reason the vessel's cabin was built for one: Cameron didn't want anyone else intruding on his close-up.

Fittingly, the documentary follows not the first man to approach the bottom of the 5-mile-deep Mariana Trench — Don Walsh and Jacques Piccard made the same trip in 1960 — but the first one to do it solo. The '60s divers are portrayed, briefly, by actors, and the real Walsh later arrives to give his benediction.

The man who brought us the Terminator didn't direct Deepsea Challenge, which is credited to John Bruno, Andrew Wight and Ray Quint. But Cameron is at the center of every scene, whether plummeting into the Pacific in his 11.5-ton, lime-green "vertical torpedo," or sternly commanding a meeting with the project's mostly Australian engineers. 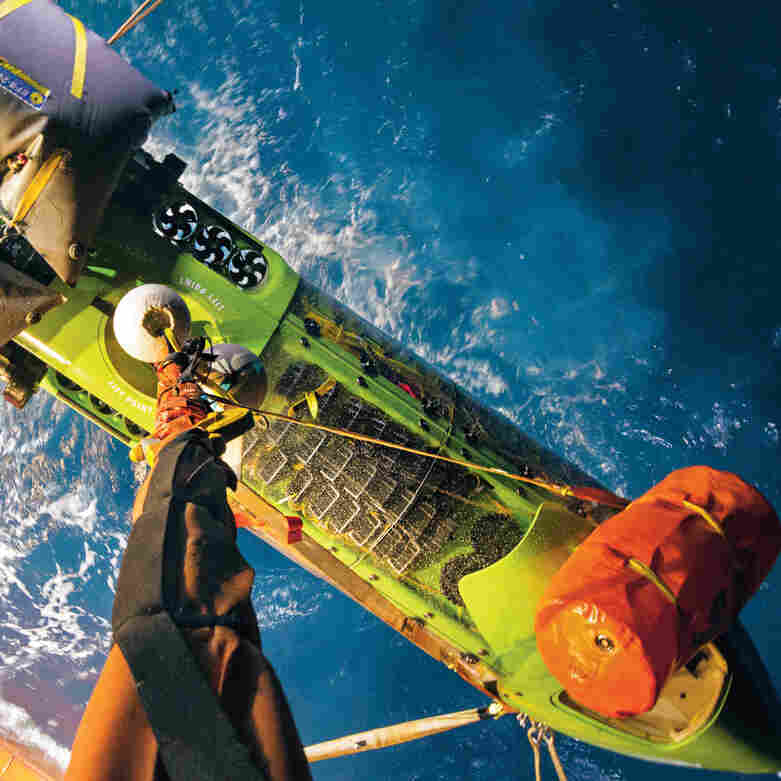 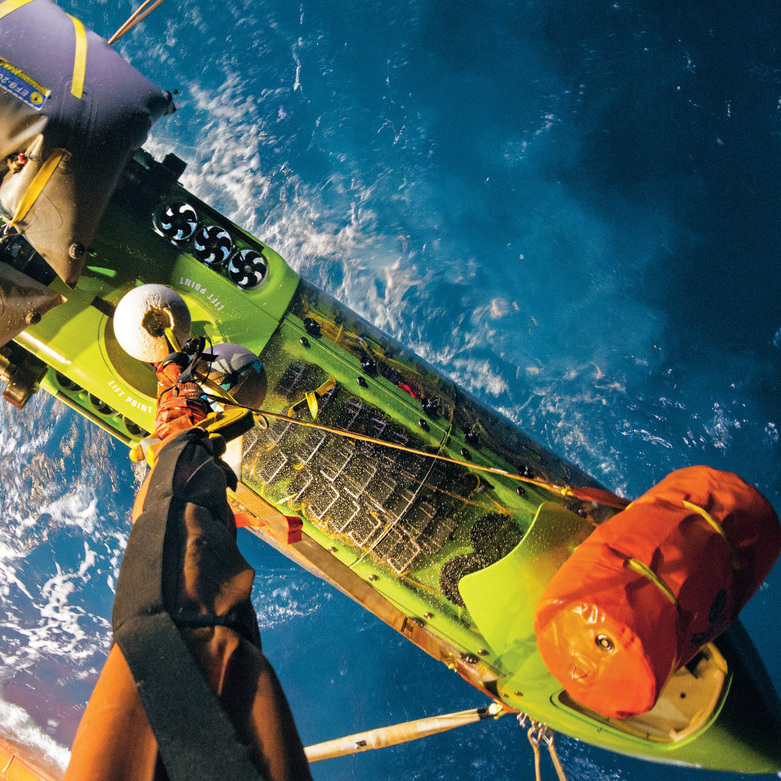 When the movie cuts away from Cameron and his brood, it's often to actors who play the future explorer as a child, pretending to be a submariner inside a cardboard box with a porthole. "I was in love with the ocean before we ever met," says the Ontario-bred Cameron in voice-over.

Although the documentary was shot in 3-D, it's not as flashy as Cameron's earlier Ghosts of the Abyss. Indeed, the main event is anticlimactic, although it's preceded by some unscripted drama. The worst thing that happens could have occurred on any big-budget shoot: A helicopter crash kills two crew members, writer and co-director Wight and cinematographer Mike deGruy.

Cameron muses on the "100 horrible ways to die" while far under the ocean surface. Once his descent finally commences, however, it's fairly uneventful. And the destination turns out to be, in the explorer's words, "the bleakest place that I had ever seen in the ocean."

Wearing his sci-fi director hat, Cameron would never have settled for a climax in which the only new species to be discovered are microorganisms. Cue the CGI-generated, 100-foot-long, purple-spotted leviathan!

That will have to wait, perhaps, for one of the planned Avatar sequels. This movie is meant for the much smaller audience that's already jazzed about exploring the bottom of the seas. For them, Deepsea Challenge should be as inspiring as a big cardboard box that's just one porthole away from becoming a submarine.