Accessibility links
Before War, A Punk Drummer Preserved Syrian Chants Jason Hamacher wasn't trained as a photographer, a musicologist or a member of a religious community. The former Frodus drummer simply felt compelled to document this music. 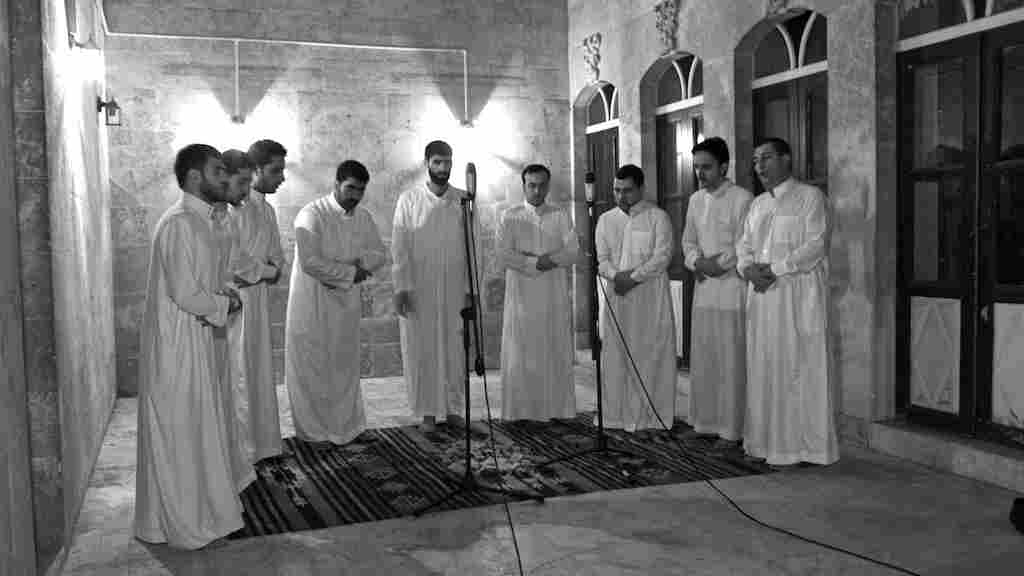 Between 2006 and 2010, Jason Hamacher made many trips to Syria to photograph and record ancient chants. Jason Hamacher/Lost Origins Productions hide caption 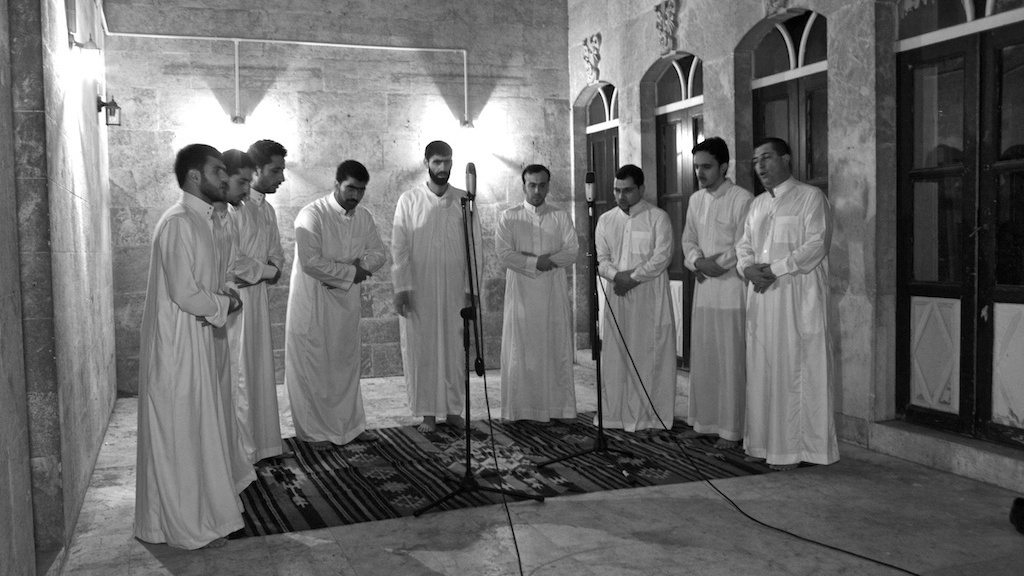 Between 2006 and 2010, Jason Hamacher made many trips to Syria to photograph and record ancient chants.

Before the civil war in Syria destroyed ancient religious sites — and scattered some of the oldest Christian communities in the world — Jason Hamacher made several trips there, taking photos and recording ancient Sufi and Christian chants.

The project got its start when Hamacher read in a book about "the world's oldest Christian music." He tracked down From the Holy Mountain author William Dalrymple, who told him there were no recordings of the music — and that "it's not a monastery in the desert; it is a Syrian Orthodox church in the middle of the city of Aleppo." Hamacher ended up staying at that church as a guest of the archbishop, who has since been kidnapped by rebels.

As Hamacher tells Fresh Air's Terry Gross, he is planning a series of albums called Sacred Voices of Syria. The first, which was released this summer on his own Lost Origin Productions, is called Nawa: Ancient Sufi Invocations and Forgotten Songs From Aleppo. Hamacher isn't coming at this from the perspective of a musicologist, or as a member of a religious community. He's a drummer who's played in several punk bands in the Washington, D.C., area, including Frodus, Decahedron and Regents. You can hear their conversation at the audio link.