Accessibility links
'Joss Whedon': Biography Of A 'Shiny' Geek King The creator of Buffy and the Avengers movie is immensely talented, and critic Bob Mondello says Amy Pascale's belligerently upbeat biography might have benefited from his eye for detail and nuance. 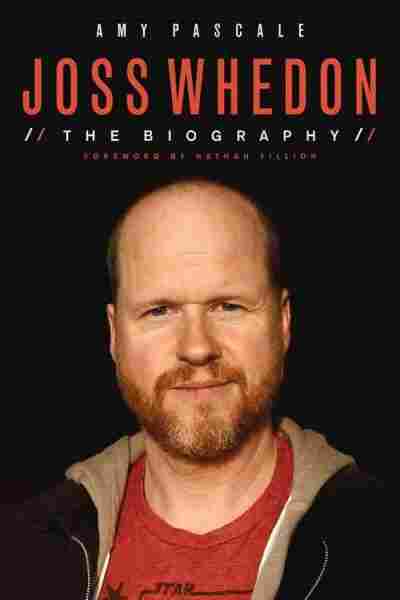 Published in Britain as Joss Whedon: Geek King of the Universe and in the U.S. less cheekily as Joss Whedon: The Biography, Amy Pascale's portrait of pop culture's man of just about any recent hour may not make her title subject any new converts, but it is hero-worshipping enough to make devoted Whedonites feel they're being inducted into the Scooby Gang.

Arguably, it's a bit early in Whedon's career for a summing up, though Pascale certainly had material enough to get started. Leaving aside his apprenticeships on projects started by other folks, Whedon has — before turning 50, and seemingly without breaking a sweat — given the world a vampire-slaying teen named Buffy, a $1.5 billion Avengers flick, a sing-along Web series, a raft of comic books, a slew of TV cult hits, and — in his spare time — tossed off an accomplished black-and-white Much Ado About Nothing.

His narrative well appears bottomless, Pascale asserts — for 387 pages. Oh, she does permit herself to entertain doubts on and off about whether it might someday run dry, before calling in his college film prof to (spoiler alert) put an end to the suspense with an authoritative, "He will never run out of stories."

It's a cinch he won't run out of industry boosters either, if the actors, writers, cinematographers, producers, comic book artists and assorted hangers-on Pascale consulted are any indication (at least not as long as his winning streak continues).

"He has exquisite taste, and by that I mean everything from culinary taste to art to music," says his Buffy co-writer Tim Minear.

"He's so smart and so good," says an uncharacteristically effusive Robert Downey Jr. about his Avengers boss's talent for superhero-wrangling.

"When Joss's scripts came in, they were so pristine," enthuses comic book editor Mike Marts, "near perfect."

His performance as Hamlet — yes, Whedon's acting — was "uniformly brilliant" and "found nuances that I've never heard before," declares Anthony Stewart Head after a staged Shakespeare reading at Whedon's house.

By the book's midpoint, Pascale has fielded so much apple-polishing, she is reduced to inventing new categories for her subject to excel in: Actors from across the pond, she writes, are "impressed by Joss's ability to write for an English accent."

Now, far be it from me to question the genius of Joss Whedon, a writer/director/producer/composer/editor (and for all I know /caterer), who I've not the slightest doubt can walk on water with the best of his creations.

But I have to say that reading about his brilliance in Pascale's chronology becomes wearying more quickly than it should. Presented with a script drawn from her version of his life, Whedon would be the first to say, "Where's the conflict?" Even superheroes need obstacles to overcome, and the best she manages to come up with is that he wasn't wildly popular in high school. (Not actively picked on, note, just not a BMOC, which was apparently enough to give him insights into Buffy and her pals.)

And so it goes: Romantic trials? His wife, Kai, once read to the end of a Nancy Drew mystery without him. Professional tribulations? Oscar and Emmy are forever looking the other way as his hits keep coming. The suits at Fox mistreated Firefly? Just meant he had time to write 24 episodes of The Astonishing X-Men for Marvel. In fairness to Pascale, these are not the sorts of crises from which penetrating insights are easily gleaned.

So instead, she collects behind-the-camera anecdotes for fans to savor, and weaves into her industry reportage some gossip of broader interest (an amusingly gushy I'm-soooo-excited-to-be-working-with-you note from Tom Hiddleston, for instance).

But her eye is so uncritical (she marvels that Whedon finds dark notes in the Bard's comedy Much Ado, quite as if directors haven't been doing that for hundreds of years) that you start to wonder whether even Whedon's legitimate accomplishments are being puffed up. He is known, after all, for his ability to zero in on the precise, emotionally resonant detail in a scene; whatever tiny thing will best reveal complexity and nuance in a character — be she a slayer, a superhero, or an insult-spouting Elizabethan lover. If only Whedon's biographer had his gift.