Accessibility links
The Shaggy Story Of A Real-Life 'Dog' Critic Bob Mondello says The Dog, a quirky, eye-opening documentary about the bank robber who inspired Dog Day Afternoon, will leave you "alternately amused and slack-jawed in astonishment." 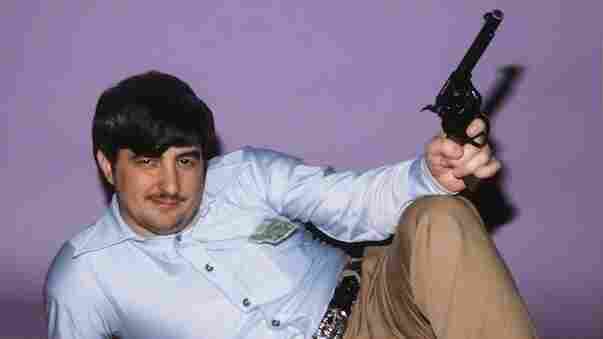 In 1972, John Wojtowicz robbed a bank to pay for his lover Ernie's sex-reassignment surgery. The robbery and his subsequent imprisonment inspired the movie Dog Day Afternoon. Seed & Spark hide caption 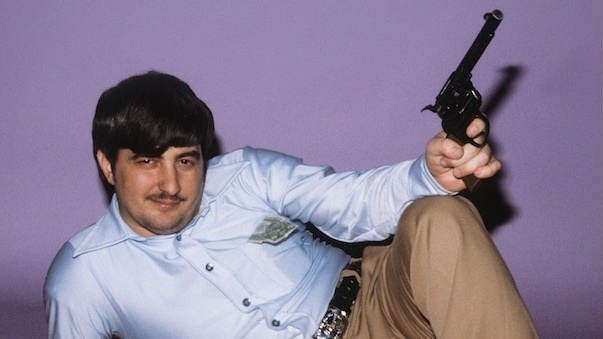 In 1972, John Wojtowicz robbed a bank to pay for his lover Ernie's sex-reassignment surgery. The robbery and his subsequent imprisonment inspired the movie Dog Day Afternoon.

That scene, along with the rest of Sidney Lumet's 1975 classic Dog Day Afternoon, was based on a true story. Now, an odd — and oddly compelling — documentary called The Dog brings us the story behind that true story, and if you're anything like me, it'll leave you alternately amused and slack-jawed in astonishment.

Pretty quickly after The Dog's filmmakers introduce John Wojtowicz, a talkative fireplug who does sort of resemble Pacino, it will occur to you that a) he's kind of full of himself, and b) he has virtually no filter. He calls himself a "pervert" because he likes sex, talks about his four wives ("one female," as he somewhat ungallantly puts it), his 23 girlfriends, his many hookups with men, his enthusiasm for Barry Goldwater, his service in Vietnam, and his involvement in the Stonewall-era gay liberation movement.

Now, that last is something I'd never heard about, and is the sort of thing you might expect Lumet to have included in Dog Day Afternoon, but there Wojtowicz undeniably is, appearing almost Zelig-like in footage shot in 1971 as the Gay Activists Alliance planned and carried out a protest at Manhattan's wedding bureau. It's a protest in which he was not incidental, either. Calling himself Littlejohn "because my prick is little," he explains (as I said, no filter), he is one of the men who petition to get married.

All of this, mind you, before he met Ernie, the lover whose desire for a sex-change operation prompted the bank robbery. That story, too, is told with archival footage, including a TV station's call to John while he was still in the bank, in which he announces to the world — and remember, this was a far less accepting time — that he is gay. His then-wife, Carmen, remembers watching TV that day, and feeling as if somehow the robbery was her fault.

Filmmakers Allison Berg and Frank Keraudren spent years unearthing evidence that substantiated (or in some cases, refuted) John's stories, ending up with an oddly affecting tale populated by a rogue's gallery that Dog Day Afternoon barely hinted at — another male "wife" John met in prison, a mentally challenged older brother he clearly adores, and, most especially, the woman who is arguably the real love of John's life, his mom, Terri.

The filmmakers have been telling interviewers they have sufficient additional material for a whole other movie. And The Dog is eye-opening enough to make you kind of hope that's true. (Recommended)