Accessibility links
Art From Death: Taxidermy As A Creative Hobby From DIY stuffing kits to workshops and homemade skull jewelry, this old craft is getting a revival from the hands of artists, designers and newcomers determined to make stuffing the dead trendy.

Art From Death: Taxidermy As A Creative Hobby

Art From Death: Taxidermy As A Creative Hobby 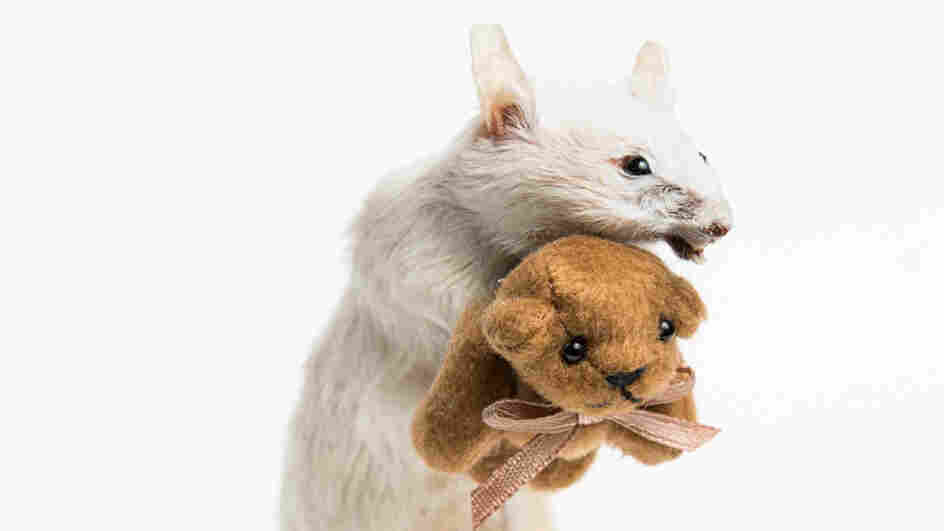 "I think actually handling something dead is an important part of coming to terms that all of us have in common," says taxidermist Margot Magpie, who created the piece above. Dafydd Owen hide caption 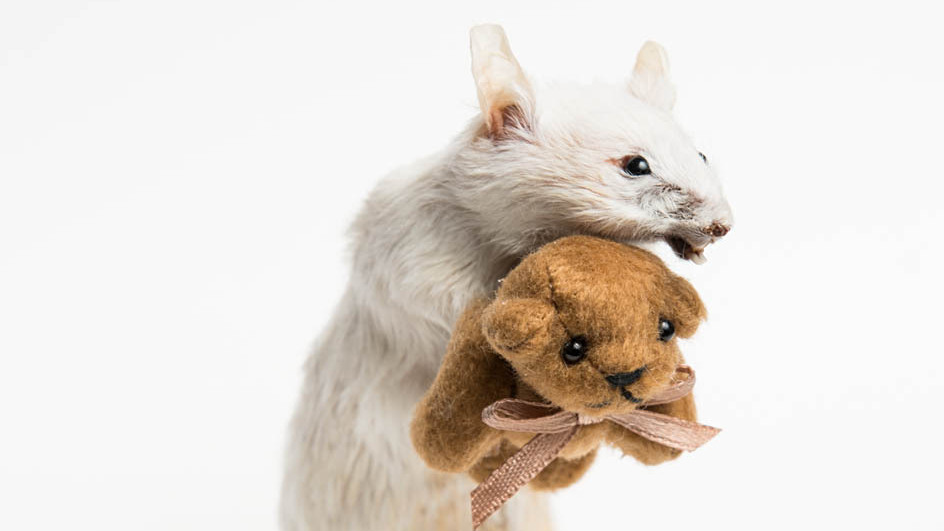 "I think actually handling something dead is an important part of coming to terms that all of us have in common," says taxidermist Margot Magpie, who created the piece above.

First it was knitting; then came excessive facial grooming, vegan baking and urban beekeeping. You thought hipster hobbies couldn't get weirder? Brace yourself.

Now think: taxidermy. From DIY stuffing kits to workshops and homemade skull jewelry, this old craft is getting a revival from the hands of artists, designers and newcomers determined to make stuffing the dead trendy.

"Taxidermy is having a massive comeback," says Jo Shears, fashion designer and animal stuffer. Why the sudden interest in a craft that has not been really popular since the 1800s? "It really fits with the trend for vintage and is really popular with the sleek and more design-led crowd," she says. 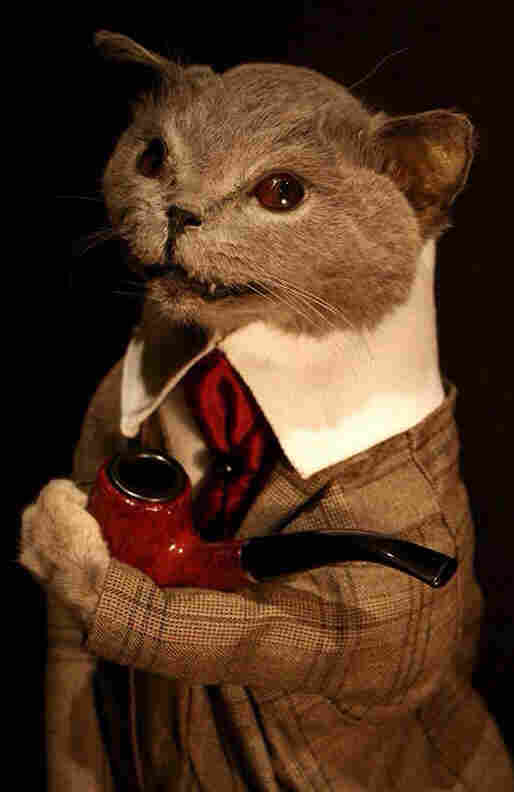 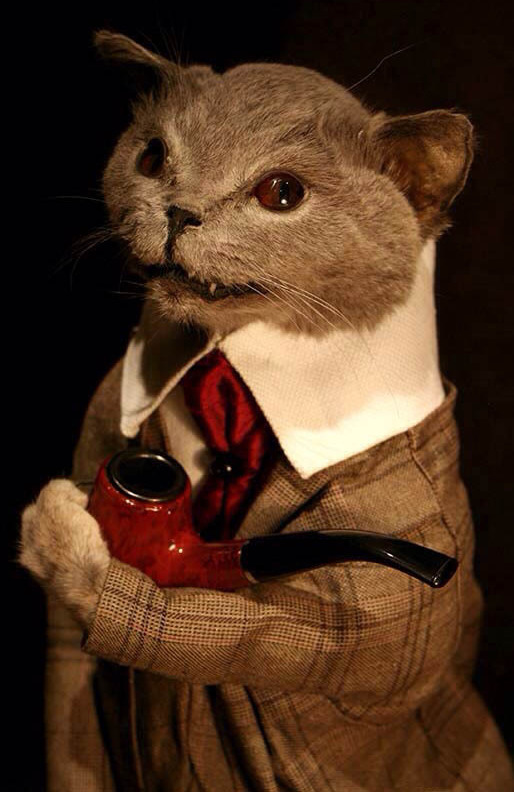 A taxidermy piece from Amanda Sutton of Amanda' Autopsies.

Keeping around the stuffed remains of a pet would not come naturally to most, even though death is a universal part of life. Some of it's even odder.

A new wave of taxidermists, mostly women, is moving away from the traditional hunter-style pieces into creative compositions like fashion accessories or what's called "rogue taxidermy," the creation of fantasy animals like rats with wings.

Brooklyn-based taxidermist Divya Anantharaman calls it "being in that liminal space between life, death, art and science."

For some, it remains exploitation. "We encourage anyone who is considering enrolling in the taxidermy course to instead take up one of the countless other hobbies that do not involve harming or exploiting animals," says Hannah Levitt from People for the Ethical Treatment of Animals.

But taxidermists are trying to change the perception that taxidermy is cruel or disrespectful, and insist their work comes from love and respect for all creatures. "In most cases these days, the animals are sourced via roadkill, animal food or animals that have died naturally," explains British taxidermist Amanda Sutton. "I'd much rather see an animal alive than dead."

Lovers of the hobby insist it's more than hipsters' latest attempt to shock.

"I think it dovetails nicely with folks' increasing interest in knowing what's in their food and other products, wanting to take an active role in what they consume," says American taxidermist Beth Beverly, aka Diamond Tooth. "Along with that an appreciation for nature is bound to follow."

Still, dissecting a rat and wearing it around the neck isn't the same as growing lettuce. "Yes, it is a bit dark," says Margot Magpie, a British taxidermy teacher whose classes are always fully booked. "But that's OK. I think actually handling something dead is an important part of coming to terms that all of us have in common." 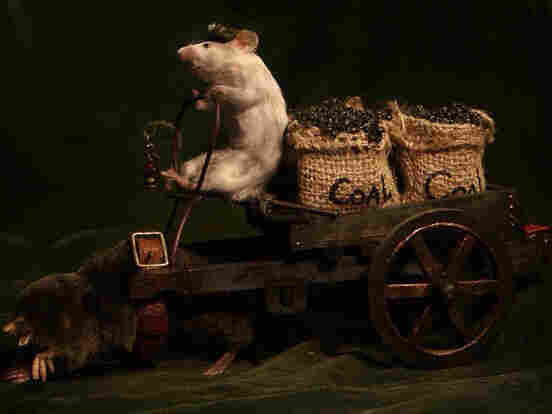 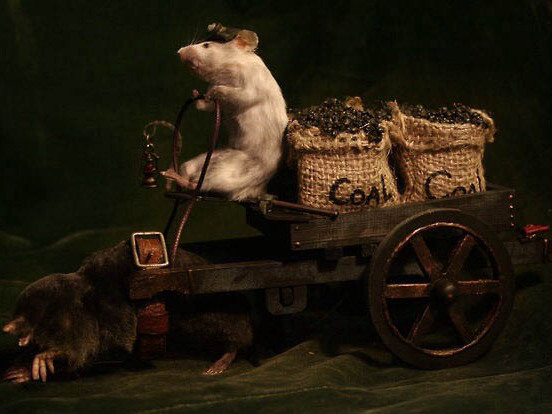 A mouse and a mole from Amanda Sutton of Amanda's Autopsies.

Learning taxidermy is easier than ever before, thanks to YouTube tutorials and online forums, but there are also a growing number of classes (often around $200) in cities like London, Berlin, New York and Sidney.

Magpie thinks people should not be put off by the technical aspects, so she has created a DIY mouse taxidermy kit ($50, sans mouse), which she says is selling briskly. "We never expected to become so popular," she says.

Some novices lose their bravado when it's time to open the animal's skull or scoop the brain out but, surprisingly, most first-timers report the ick factor is not really an issue, Magpie says.

"It was no gorier than things like boning a chicken," says Chantal Younis, a marketing consultant and taxidermy newbie from London.

"I had expected there to be bad smells involved and that I would feel squeamish about the squishier aspects. But it was a lot like doing other crafts," says writer Kate Horsley, who attended one of Magpie's classes with her husband. "In fact, it was a lot less fiddly than the purse I made my mum for Christmas."

Gross or not, it's labor-intensive. Classes are long, often around four hours, and professionals warn that learning takes patience.

"It seems like a lot of people expect to be an expert overnight. I've been working with taxidermy for about eight years now, and I'm still learning," says Sutton.

Practitioners can also expect strange looks when they bring the subject up at the dinner table. "My friends and husband thought it was rather an odd and somewhat morbid thing to do," Younis says.

Shears, however, points to hypocrisy. "If you don't find your leather shoes or a meat-based breakfast morbid, then you really need to think about why you find taxidermy morbid. As a society we are so far removed from death. We tend to like our dead stuff to remain literally faceless and anonymous. It's incredibly unhealthy."

Courses continue to pop up around the world, and Magpie is already working on a new set of DIY kits, books and courses for larger animals.

Anantharaman sees a deeper potential for the craft, thinking it might help people "confront dying as a great equalizer and live life with more passion because of it."

That's a lot to lay on a stuffed animal.