Accessibility links
First Listen: Benjamin Booker, 'Benjamin Booker' Flashing both the raw talent of a recruit and the acumen of a much older musician, the singer-guitarist's self-titled debut shows off both his youth and his grasp of past musical forms. 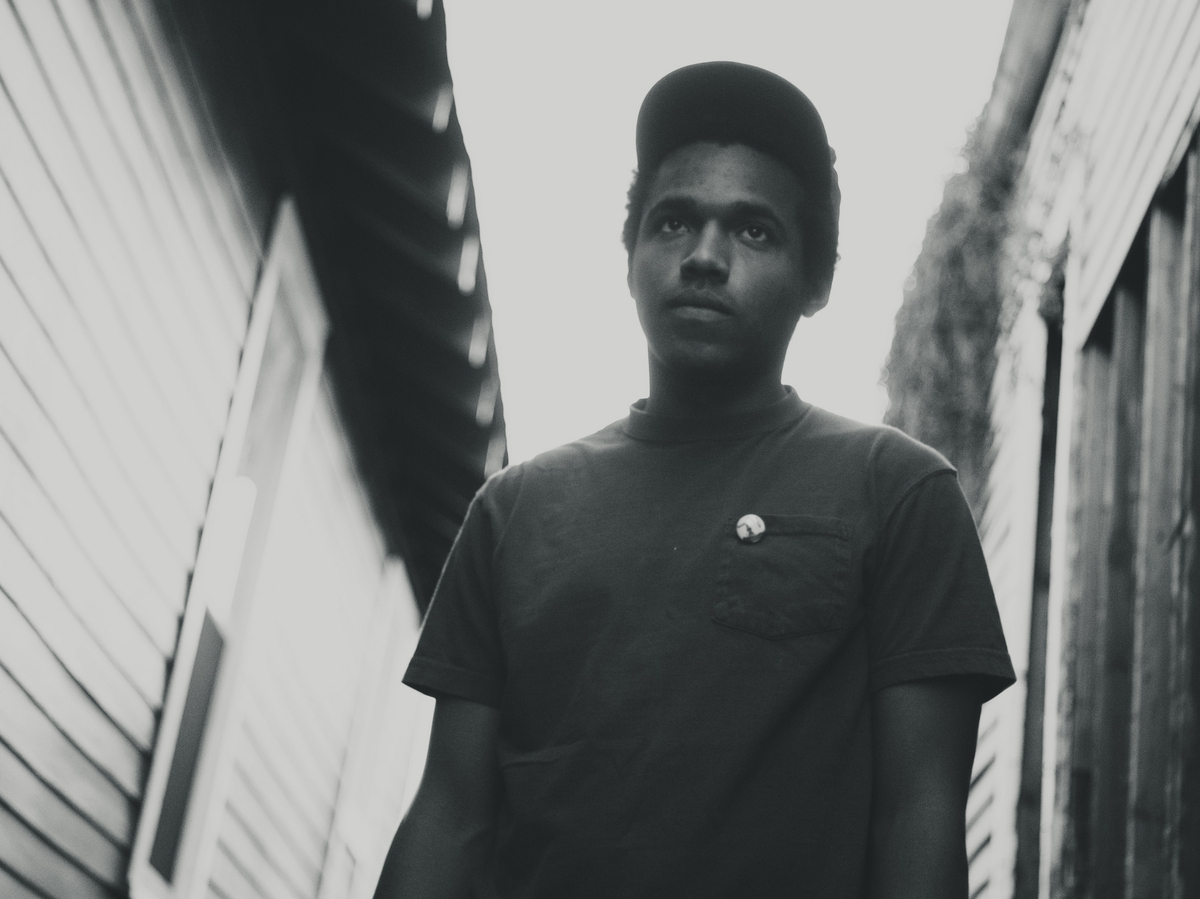 At 22, Benjamin Booker has experienced an auspicious rise. Tampa-born but based in New Orleans, the young singer-guitarist has already found a label deal, played Letterman and Lollapalooza, and had his debut album recorded by the in-demand producer Andrija Tokic (Alabama Shakes, Hurray for the Riff Raff). To top it off, Booker was tapped to open Jack White's most recent tour — not bad for someone who hadn't even played a live show until two years ago.

None of this would matter if Booker didn't have the hooks and skill set to back it up. Flashing both the raw talent of a recruit and the acumen of a much older musician, Booker's self-titled debut shows off both his youth and his grasp of past musical forms. Opening with the rock-salt barrel blast of "Violet Shiver," Booker plays a nimble guitar line that just stays this side of a classic Chuck Berry lick while the band tears around him with unfettered glee. In "Always Wearing," he stomps a fuzzbox pedal and unleashes a fury that brings to mind Ty Segall.

In addition to garage-rock and early rock 'n' roll, Booker's six-string also embodies the tones you'd find in roadhouse stomp, country-flavored punk or even electric blues balladry, especially in the smoldering "I Thought I Heard You Screaming." His raspy singing voice, which blurs by in fast cuts like "Old Hearts," reveals its grain during these slower numbers, its texture not unlike a rutted gravel road. Booker burns brightest in the ferocious rocker "Have You Seen My Son," as he howls like a preacher in the middle of a tornado. Even as the song seems to break apart and collapse midway through, Booker keeps his grip amid the disorder. The latter half of the song showcases that feral tenor of his guitar in a searching, searing solo that burns bright and incandescent.