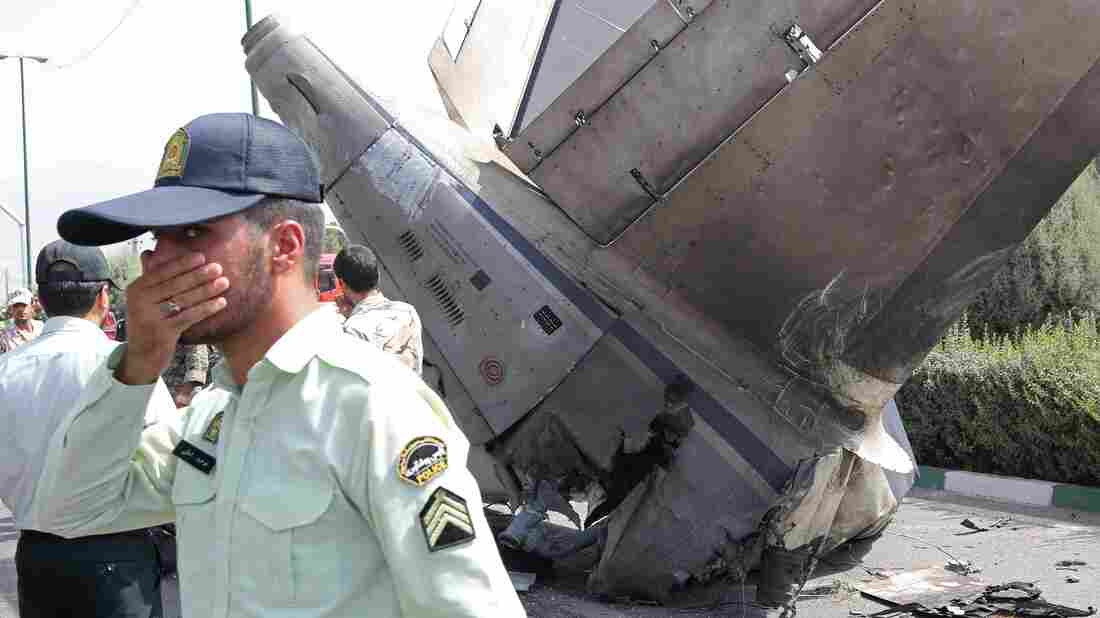 Iranian security forces stand by the wreckage of a plane as they secure the scene of a crash near Tehran's Mehrabad airport Suday. Atta Kenare/AFP/Getty Images hide caption 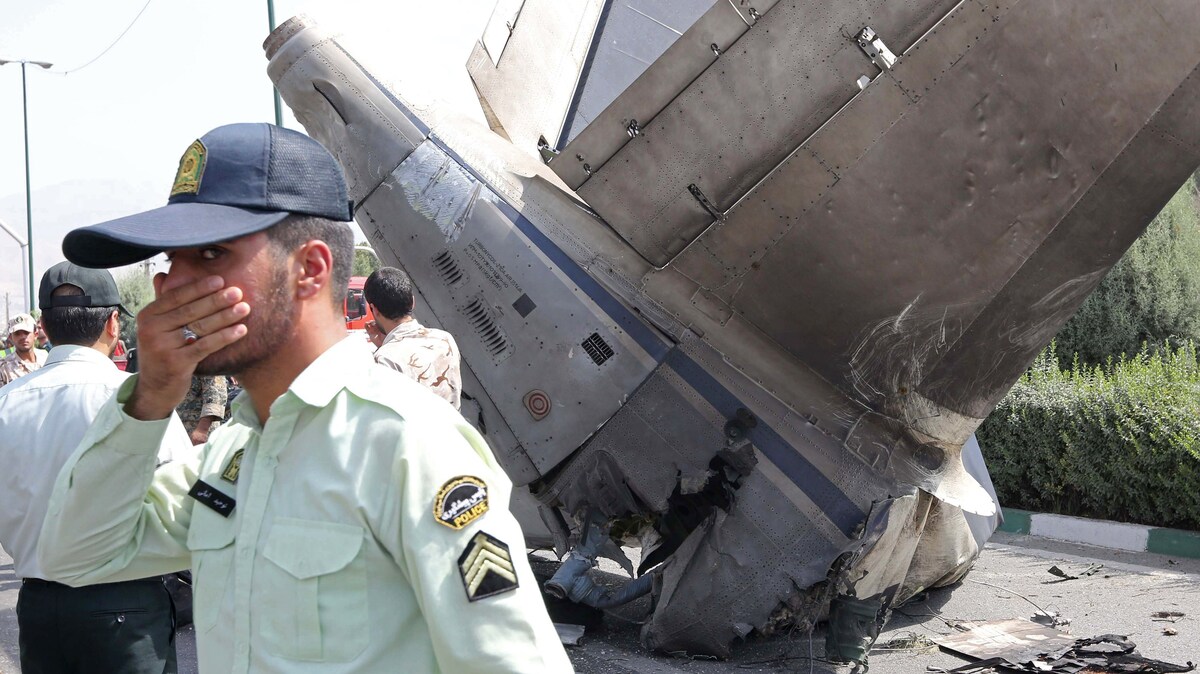 Iranian security forces stand by the wreckage of a plane as they secure the scene of a crash near Tehran's Mehrabad airport Suday.

An Iranian regional passenger plane crashed Sunday while taking off from the capital, Tehran, killing 48 people onboard, state media reported.

The aircraft, an Iran-140 typically used for short domestic flights, crashed near Tehran's Mehrabad airport, Iran's state-run IRNA news agency reported. The plane went down in a residential area after its engine went out, the agency reported.

Iranian state television said 48 people were killed in the crash: 40 passengers and eight crew members. The plane, operated by Sepahan Air, was heading to Tabas, a town in eastern Iran. It took off at 9:20 a.m. local time (0450 GMT) and crashed shortly afterward.

Members of the Revolutionary Guard worked to secure the crash site and security and rescue personnel combed the wreckage as onlookers gathered shortly after the plane went down. The plane's mangled but largely intact tail section was torn from the fuselage and came to rest on a nearby road.

The Iran-140 is a twin-engine turboprop plane based on Ukrainian technology that is assembled under license in Iran. It is a version of the Antonov An-140 regional plane and can carry up to 52 passengers.

Iran has suffered a series of airplane crashes, blamed on its aging aircraft and poor maintenance. Many of the Boeing aircraft in state-run Iran Air's fleet were bought before the country's 1979 Islamic Revolution, which disrupted ties with the U.S. and Europe.

Iranian airlines, including those run by the state, are chronically strapped for cash, and maintenance has suffered, experts say. U.S. sanctions prevent Iran from updating its American aircraft and make it difficult to get European spare parts or planes as well. The country has come to rely on Russian aircraft, many of them Soviet-era planes that are harder to get parts for since the Soviet Union's fall.

In March of this year, a small plane belonging to the State Aviation Organization crashed while on a test flight near the tourist resort of Kish Island, killing all four crew members.

The last major airliner crash in Iran happened in January 2011, when an Iran Air Boeing 727 broke to pieces on impact while trying an emergency landing in a snowstorm in northwestern Iran, killing at least 77 people.

In July 2009, a Russian-made jetliner crashed in northwest Iran shortly after taking off from the capital, killing all 168 on board. A Russian-made Ilyushin 76 carrying members of the Revolutionary Guard crashed in the mountains of southeastern Iran in February 2003, killing 302 people aboard.