Accessibility links
How Campus Sexual Assaults Came To Command New Attention In just a few years, the issue has gone from mostly whispers to receiving the attention of the White House. Now, colleges throughout the country are trying to increase awareness about the issue. 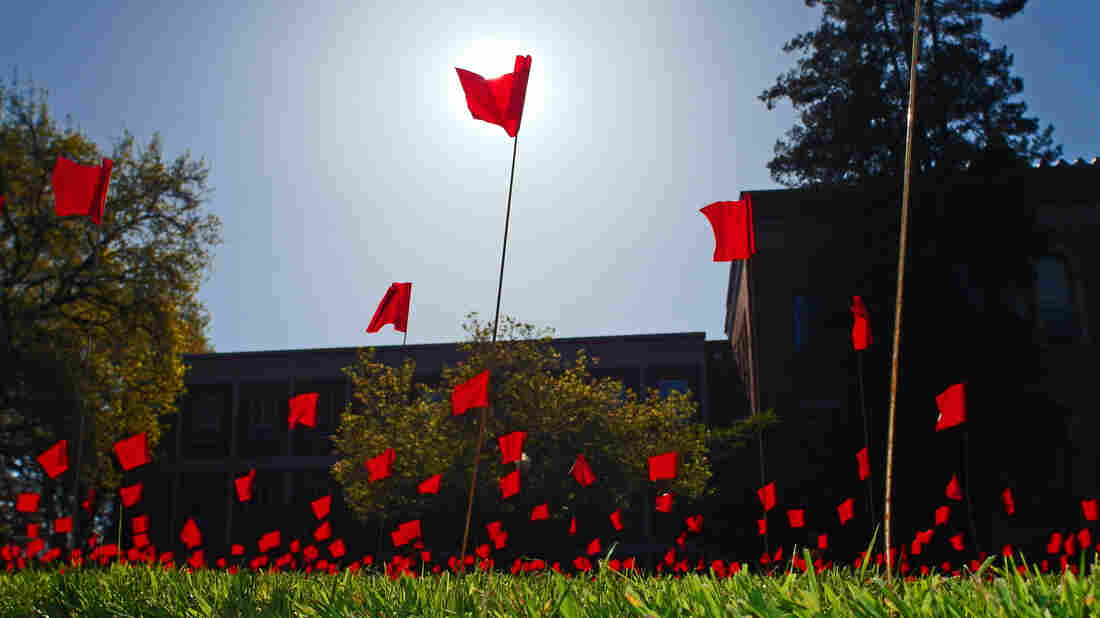 One of many demonstrations highlighting what has been called a national epidemic of campus sexual assault. Wolfram Burner/Flickr hide caption 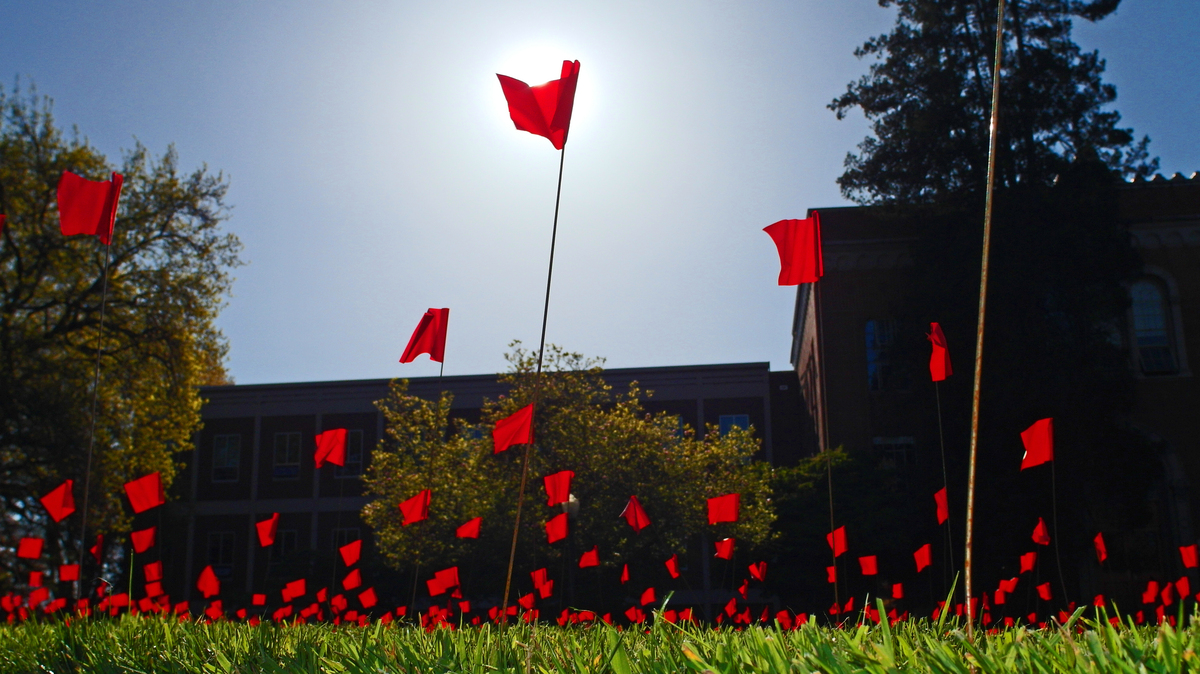 One of many demonstrations highlighting what has been called a national epidemic of campus sexual assault.

Call it a sign of the times that right along with required writing core courses, incoming freshmen at most schools this fall will also face a mandatory crash course on the subject of sexual assault.

At a Rutgers University orientation, for example, every freshman sits through a dramatization of the campus party scene that is as real as it is raw. In the performance, a character, Jess, winds up in fellow student Ryan's room, resisting his advances. Ryan persists and gets increasingly angry and aggressive. The scene ends with the Jess character wailing, and with students in the audience wide-eyed and stunned.

"We get some students who are shocked and are saying, 'Does this really happen?' 'Is this really what it really looks like?' " says Brady Root, Rutgers' sexual assault prevention coordinator. "We're talking about a small number people that are behaving this way, but they're doing it a lot."

Collecting more precise data on sexual assault is one of the new requirements schools are facing. Felicia McGinty, Rutgers' vice chancellor for student affairs, says the new focus on sexual assault brings a lot of new pressure, but she says framing it as a national problem also gives schools more cover as they confront it.

"The good thing about where we are now is that it gives us permission to have these conversations openly. It's not the dirty little thing that we don't talk about anymore," McGinty says.

'The Darkness Is Over'

Campus Rape Reports Are Up, And Assaults Aren't The Only Reason

Indeed, in just a few years, the issue has gone from mostly whispers all the way up to the White House, where President Obama has made cracking down on sexual assault a priority.

"It's like it came out of the closet," says Bernice Sandler, who's known as the godmother of Title IX. "The darkness is over."

Sandler has watched the legislation she pushed 40 years ago evolve from a club used first against discrimination in hiring and admissions, then in sports inequity and now sexual assault. (Click here for a list of the 74 colleges with pending Title IX sexual violence investigations as of Aug. 6, 2014.)

"That's the power of Title IX. It's a hammer that's there, and schools know this and are busy scrambling to change their policies, and that makes me smile," Sandler says.

A range of policies are being revamped — from what counts as rape to how schools handle investigations. The crackdown comes three years after the government fired its first warning shot at higher ed with a so-called "Dear Colleague" letter that put schools on notice that failing to handle sexual assault properly could cost them their federal funding.

"That was a game changer. That was a tool that many of us used to show our universities like, 'Hey, you have to do this,' " says Annie Clark. She is one of several survivors-turned-activists who began to tell their stories publicly right around that time and to connect online.

The good thing about where we are now is that it gives us permission to have these conversations openly. It's that it's not the dirty little thing that we don't talk about anymore.

"We could have Twitter conversations and use hashtag activism, and we could put [sample] complaints on Google docs, and it was a tipping point," she says.

But "we're not out of the bad old days" yet, as one federal official put it. Schools are still blaming victims and failing to punish perpetrators. Under new legislation, those kinds of schools would face new sanctions in addition to the so-called nuclear threat that Catherine Lhamon, the U.S. Education Department's assistant secretary for civil rights, recently warned schools she's not afraid to use.

"I will go to enforcement, and I am prepared to withhold federal funds," Lhamon said at a national conference at Dartmouth College last month. The school that was the inspiration for the movie Animal House and is one of dozens now under federal investigation had volunteered to host the so-called "summit on sexual assault."

"Sign of the times," acknowledged Dartmouth outgoing Dean Charlotte Johnson. But no school can afford to be daunted by the spotlight or the stakes. "Our sort-of tactic is to confront it head on," she says. "We want to make sure we get this right." 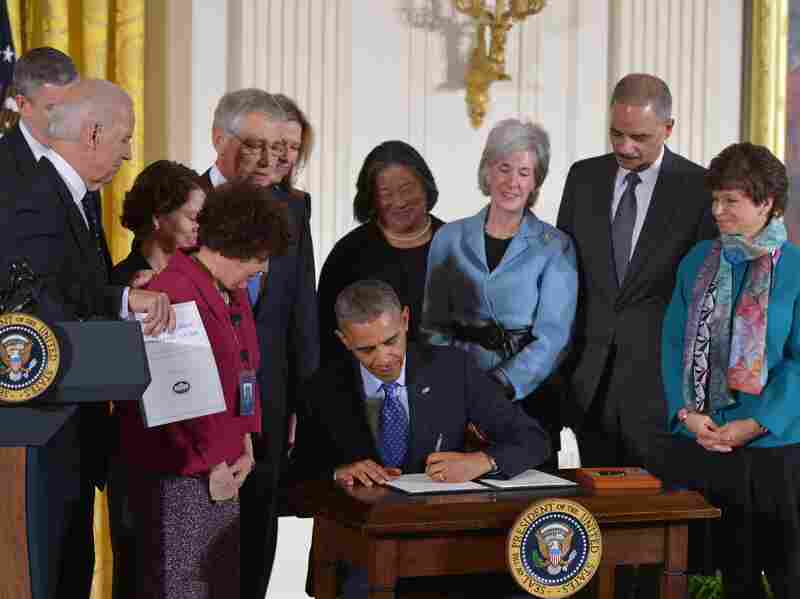 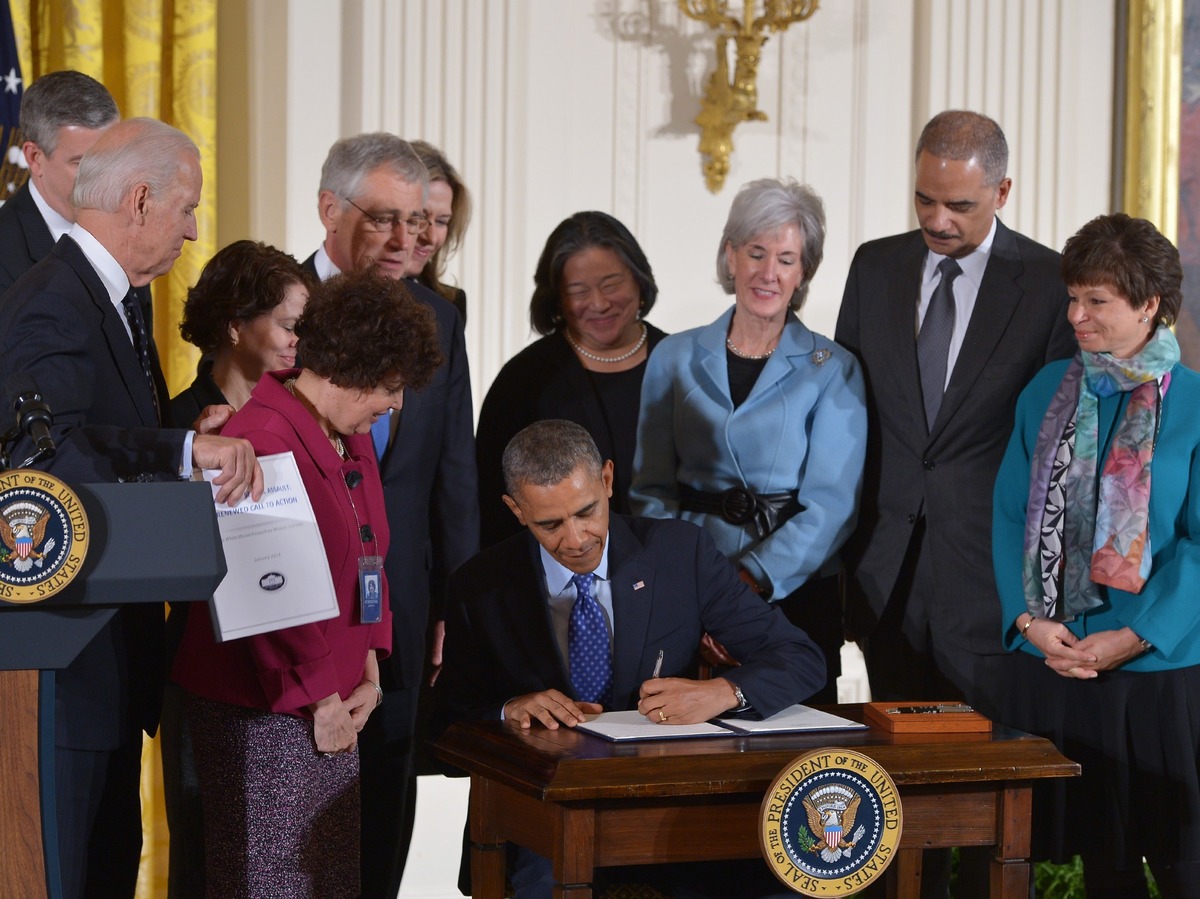 It is an abrupt turn for many schools that have treated incidents of sexual assault as teachable moments and have resisted the idea that their valedictorians or star athletes could also be predators.

Gail Stern of Catharsis Productions, who runs sexual violence prevention programs for higher ed and the military, says there's something about colleges that has allowed the problem to quietly fester there longer than at other institutions.

Helping drive home the point: A growing number of alleged victims are winning civil suits against schools, and they are now more willing to sue. But on the other hand, so are the accused. Dozens of students who say they've been unfairly punished are now pushing back against what they say are kangaroo campus courts run amok.

"There is a certain hysteria in the air on this topic," says Anne Neal of the American Council of Trustees and Alumni. She says schools are running so scared of violating the civil rights of alleged victims that they end up violating the due process rights of defendants instead.

Advocates say the pushback is no surprise as the pendulum swings and sexual assault goes from being swept under the rug to being treated as a serious crime.

Back at Rutgers, the skit dramatizing a sexual assault has been cited by the White House as the kind of program all schools should have, to increase awareness about the issue.

Incoming freshman Skyler Bolkin says it got her attention. "It's infuriating because no one is safe. I know that sounds a little paranoid, but, I mean, there's always a chance, and you do have to make sure that everyone is safe, because that's what friends do," she says.