Accessibility links
False Equivalencies Mar This Bold 'Face' Jess Row's provocative Your Face in Mine uses the rhetoric of transgender experience to imagine a world where race can be changed; reviewer Amal El-Mohtar calls it a grating meditation on white guilt. 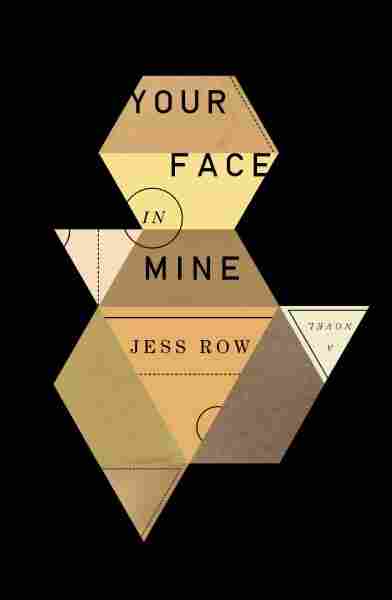 Your Face in Mine

Title
Your Face in Mine
Author
Jess Row

Trans men and women face many problems — not least among them is the small but pernicious group of people, usually found on Tumblr, who use the rhetoric of trans experience to claim that they too are trapped in the wrong body: an able body (I have the soul of a person in a wheelchair!) or a white body (I'm black inside!). Treating gender, race and ability as identical and equivalent categories, they blithely declare that they are "trans-abled" or "trans-ethnic," so they too understand oppression. The appropriate response is usually an eye roll.

To see Jess Row raise the subject of "Race Reassignment Surgery" with seriousness, and to see him use it as a fulcrum from which to examine, at exhaustive length, white liberal guilt, demands rather a different response. Never before have I read a book that marshaled such a wealth of research and intellectual inquiry to so grating a purpose: portraying the white need to appropriate black culture as an equivalent to the danger and difficulty of living with gender dysphoria.

Kelly Thorndike, our first-person narrator, is grieving, trying to make sense of his life after losing his wife and daughter in a car accident. He's working in public radio in Baltimore when he meets Martin Lipkin, a friend from high school — except his formerly white Jewish friend is now black, and named Martin Wilkinson. Martin wants to recruit Kelly to tell his story: that he was always African-American, that he was a black man born in a white body, and that Race Reassignment Surgery has enabled him to live the life he was always meant to live. Told in essays, cassette transcripts, academic papers and business proposals, Martin's story unfolds alongside Kelly's scrutiny and self-reflection, as he thinks about the loss of his Chinese wife, Wendy, their daughter Meimei, and his own desire for acceptance and belonging in China.

Your Face in Mine is, to be charitable, an uncomfortable book; I entirely believe that it's meant to be discomfiting. I don't fault it for being unsettling, nor for setting out to unsettle. I fault it for being boring and pointless; I fault it for demonstrating knowledge of serious issues only to lampshade the awfulness of its premise; I fault it for effectively depicting Kelly's grief only to deploy it in ways that feel manipulative and disingenuous. I fault Row, essentially, for writing with skill and intelligence a book that amounts to little more than legitimizing the clueless in their desire to appropriate experiences to which their immense privilege affords them no access. Also egregious is the fact that a book built on transgender rhetoric can't be bothered to tell the difference between a trans woman and a trans man: "A ladyboy, of course," Kelly thinks about one character. "A trans man. I've forgotten all the words." Yes, yes he has.

This could have been a good book about Baltimore, or about China, or about Thailand, or about people from those places; instead it's about how hard it is for white people to have it easy.

Row's decision to not use quotation marks to separate internal monologues from dialogues makes for thematic sense but practical distraction. He seems to strive for self-awareness, but turns instead to a performance of self-flagellation over how hard it is to be white: At one point, Kelly muses that he's never been attracted to black women because he fears enacting a master/slave dynamic.

It's true that eventually Kelly encounters individuals of different ethnic backgrounds who've changed their appearance: Julie-nah is originally Korean but has been surgically altered to look like a white woman "from Nantucket"; Tariko is a Japanese Rasta who has been altered to look black because he wants to be accepted in Jamaica. But these transformations are narrative outliers; they're thought experiments masquerading as characters, with particularly disturbing implications given some late, weak plot twists.

Over and over, what this book says — through Kelly, through Kelly's conversations with people of color, through Martin's ambitions — is "white people are the worst; the only way to escape my guilt over being white is to change my race."

Which is, in a nutshell, the final form of white entitlement: The white need for absolution is absolute. The white need to not feel othered in any circumstance anywhere in the world is so important that a history of blackface, the reality of respectability politics, of riots, of young black men being murdered by vigilantes and police, of disenfranchisement, class warfare, exist only as talking points in a conversation about why white people should always get what they want because they suffer too.

If it were apparent at any point in the book that Row was highlighting this attitude as a problem instead of propping it up as legitimate and intellectually interesting, I might feel more kindly disposed toward it. As it is I'm left feeling disgusted and — I can't stress this enough — bored. This could have been a good book about Baltimore, or about China, or about Thailand, or about people from those places; instead it's about how hard it is for white people to have it easy.

Read an excerpt of Your Face in Mine