Accessibility links
After A Traffic Stop, Teen Was 'Almost Another Dead Black Male' Patsy Hathaway, who is white, thought "love would conquer all" when it came to how others would treat her adopted son, Alex Landau. That changed after he was severely beaten by police when he was 19. 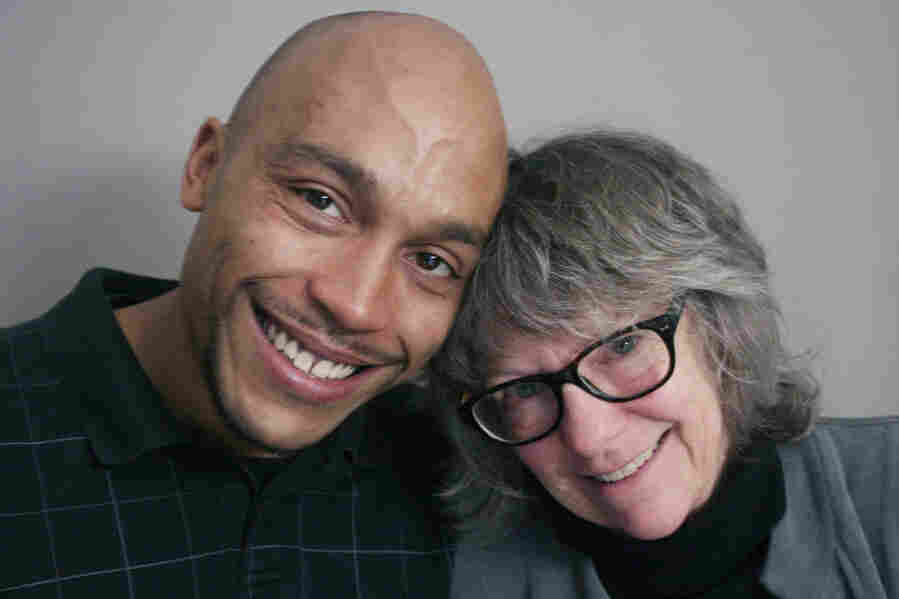 Alex Landau and his mother, Patsy Hathaway, on a visit to StoryCorps. StoryCorps hide caption 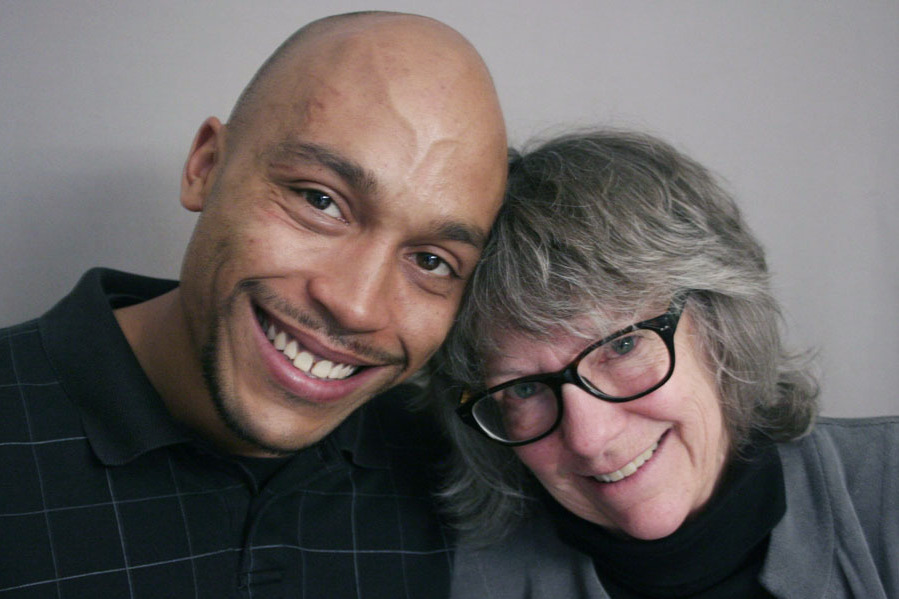 Alex Landau and his mother, Patsy Hathaway, on a visit to StoryCorps.

Alex Landau, who is African-American, was adopted by a white couple as a child and grew up in largely white, middle-class suburbs of Denver.

Still, "we never talked about race growing up," Landau tells his mother, Patsy Hathaway, on a visit to StoryCorps. "I just don't think that was ever a conversation."

"I thought that love would conquer all and skin color really didn't matter," Hathaway says. "I had to learn the really hard way when they almost killed you."

That was in 2009, when Landau, then a college student, was stopped by Denver police officers and severely beaten.

Landau was 19 at the time, driving around Denver with a friend in the passenger seat. He noticed red and blue lights behind him. The officer who pulled him over "explained I had made an illegal left turn, and to step out of the car," Landau says.

"So I get out of the car first," he says. "And then he goes around to the passenger side and pulls my friend Addison out of the car. ... Addison is white, and he had some weed in his coat pocket. So he gets placed in handcuffs."

Landau thought he was safe. He wasn't in handcuffs, he says, and he'd already been patted down. "Plus there's three officers on the scene. And I had never had a negative interaction with police in my life.

"So I ask them, 'Can I please see a warrant before you continue the search?' " Landau says. "And they grab me and began to hit me in the face. I could hear Addison in the background yelling, 'Stop! Leave him alone.'

"I was hit several times, and I remember gasping for air" and spitting blood, he says.

"And then I hear an officer shout out, 'He's reaching for a gun,' " he tells his mother. "I immediately started yelling, 'No, I'm not. I'm not reaching for anything.' "

Landau felt a gun against his head, he says. "And I expected to be shot. And at that point I lost consciousness. ... 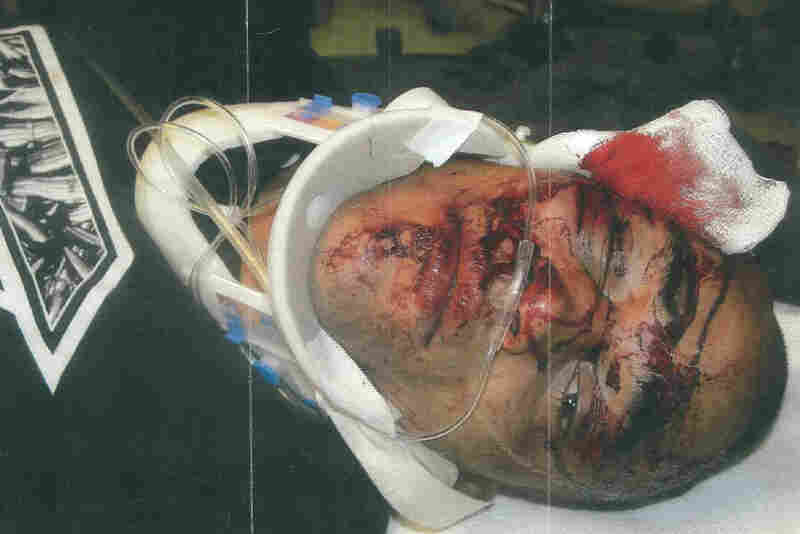 Alex Landau after an incident with Denver police in 2009. Courtesy of Alex Landau hide caption 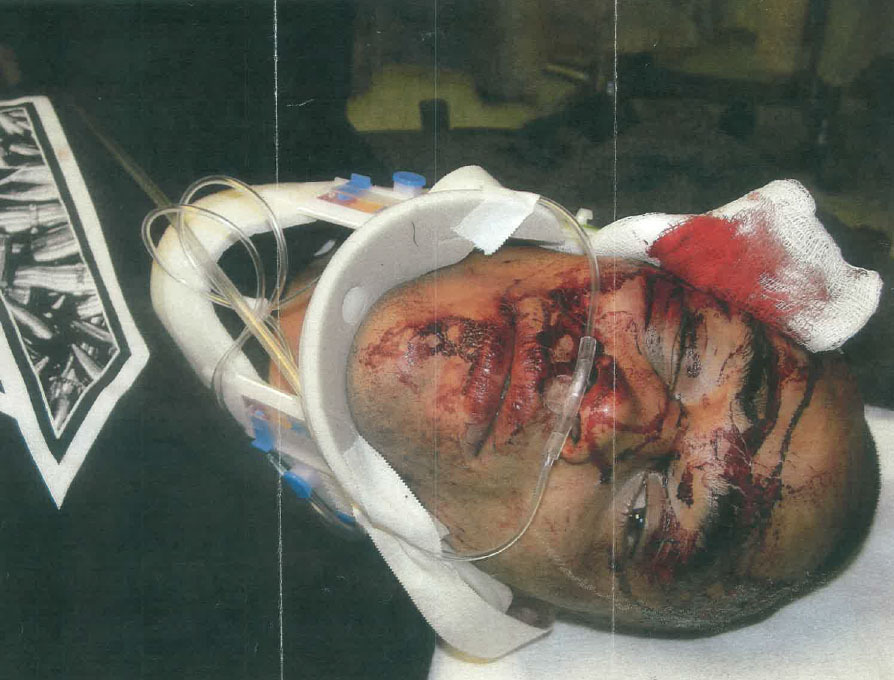 Alex Landau after an incident with Denver police in 2009.

"It took 45 stitches to close up the lacerations in my face alone," Landau says.

Hathaway was teaching a second-grade class when she got a call about Landau. "All she said was, 'You'd better come see about your son.' She didn't say anything about what kind of shape you were in," she says.

All she remembers from the moment she saw Landau, she says, "is involuntarily screaming."

Her reaction brought Alex to tears, too. "And it wasn't my injuries that hurt," he says. "It was just seeing how it devastated you. ... For me, it was the point of awakening to how the rest of the world is going to look at you. I was just another black face in the streets, and I was almost another dead black male."

In 2011, Alex was awarded a $795,000 settlement by the City of Denver. Two of the police officers involved have since been fired for uses of excessive force not related to this incident.