Accessibility links
A Tumultuous Journey Along This 'Narrow Road' Richard Flanagan's new novel follows a Tasmanian-born doctor, captured by the Japanese during WWII, who ends up caring for prisoners of war working on the notorious "Death Railway." 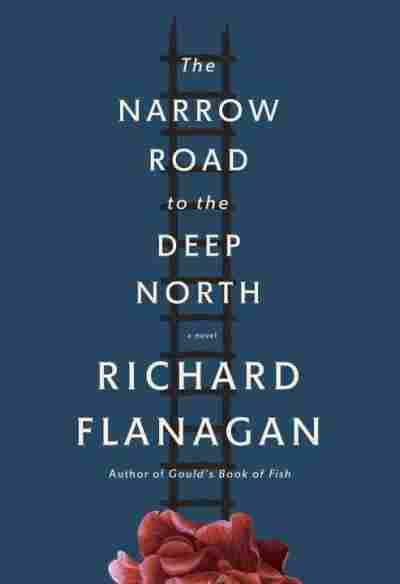 The Narrow Road to the Deep North

Tasmanian-born novelist Richard Flanagan named his latest book after a spiritually intense travel journal by the 17th century Japanese poet Basho, but this extraordinary new novel presents us with a story much more tumultuous than the great haiku writer's account of his wanderings. Flanagan has written a sort of Australian War and Peace, centered on the extraordinary Dorrigo Evans (also Tasmanian-born), a heroic yet philandering doctor.

Evans seems to live as though there were two worlds: "This world," Flanagan writes, "and a hidden world that it took the momentary shafts of late afternoon light to reveal as the real world — of flying particles wildly spinning, shimmering, randomly bouncing into each other and heading off into entirely new directions." As the novel unfolds, Flanagan does a wonderful job of revealing to us life at the seam between both worlds.

Evans has made his devoted wife suffer terribly because of his affairs, but that doesn't stop him from falling into an intense and tormented adulterous relationship with Amy, the young wife of his uncle, a woman whose eyes burn "like the blue in a gas flame." Evans' is a deep and complicated soul. His life and his intense subterranean liaisons resound with the mostly silent — but sometimes vocal — recitations of his favorite poems.

And then the Pacific War intervenes. Evans is called up as an army doctor, soon to find himself captured by the Japanese and serving as physician to a thousand or more Australian prisoners of war. With minimal provisions and sparse medical supplies, little sleep, and no sanitation, the men work from before sunrise to dark, chopping down trees and cutting through rock to build the notorious Thailand-Burma railway and thus make real what one Japanese officer calls the "vision" of the emperor.

Dr. Evans serves these men with a dogged heroism. Most of the novel focuses on his desperate struggle to keep them alive, beset as they are with almost every possible tropical disease, and facing starvation, brutal beatings, torture and worse.

Flanagan's descriptions of the daily round of increased labor, diminishing food and nightmarish hygiene make for difficult reading. The set-pieces showing off Japanese cruelty seem almost beyond credulity, as when one Japanese officer describes in great detail how an older officer instructed him in the proper way to behead prisoners, or when we hear eyewitness testimony about the experimental live dissection of a prisoner of war, or the stark physical descriptions of prisoners in various states of sickness and dying. All this makes for a portrait of war in the Pacific that could have been rendered by Hieronymus Bosch.

In the face of the murderous realities of the forced labor under the Japanese slave-masters, time becomes a fluid thing, suggesting that Evans and other prisoners suffer from a version of PTSD years before that term was coined. There are occasional flashbacks to the doctor's pre-war affairs, and sometimes flash-forwards in the midst of war to the few survivors and their sometimes-happy endings. In the final section of the book, Flanagan takes up this question of postwar life — and death — with ironic peacetime portraits of the Japanese and Korean officers, now designated as war criminals; they face their own fates with a stoicism Evans and a few other survivors also share.

One scene from the middle of the novel resonates through the rest of the pages: a jungle funeral, with one of the prisoners, a malnourished and sickly bugler named Jimmy Bigelow, playing "Last Post," the British military equivalent to "Taps." When Bigelow steps forward, bugle in hand, he finds that "his tongue — so swollen and so sore that rice tasted like hot grapeshot — sat in his mouth like some terrible plank of wood that would not properly do its work ... Yet when he brought the bugle to his lips to play that tune he now knew far too well, he was able to lose himself in the strangeness of the melody ... and though his whole body was aflame while playing this terrible bugle call, this music of death, still he played on, hearing it all anew ... determined never to stop playing."

After setting down this eccentric masterwork of a novel, full of deep insight, afflicted love and cosmic passion alongside painful, even horrendous suffering, Flanagan's music still plays on and on in my head.

Read an excerpt of The Narrow Road to the Deep North