Accessibility links
The Depths Of Memory And Pain In 'Ancient Oceans' David Connerley Nahm's debut, Ancient Oceans of Central Kentucky, is full of what critic Michael Schaub calls "anti-nostalgia," the pain of intrusive memories that come when you're least prepared.

The Depths Of Memory And Pain In 'Ancient Oceans'

The Depths Of Memory And Pain In 'Ancient Oceans' 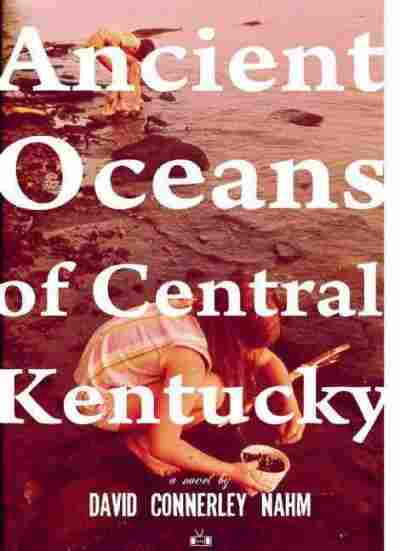 Even for those of us who despise the heat and are well past school age, it's always kind of sad when summer vacation comes to a close. It feels like the end of an era, every year — goodbye to the swimming pools and water parks, the long days, the late evenings with friends. Those "back to school" sales are a kind of low-grade torment, even for those of us who kind of liked school.

There's plenty of what you might call anti-nostalgia in Nahm's wonderful debut novel, Ancient Oceans of Central Kentucky — a shell-shocked sense of intrusive memories that come to the surface when you're least prepared for them. For the protagonist of Nahm's book, it's a sensation that is inevitable, painful, never-ending.

Leah Shepherd runs a nonprofit organization for women and children in the small town of Crow Station, Ky., dealing with troubled and poverty-stricken clients every day. Leah is poor herself — her retirement savings were wiped out settling an unfair lawsuit, and she drives the same ancient, unreliable car she's had for years.

Much of the novel is told in flashbacks, as Leah remembers spending her youthful summers trying to fit in, occasionally accepted, mostly bullied. Her younger brother, Jacob, clung to her, scared to be out of her presence because of a mysterious man he claimed to see sometimes.

Jacob disappears one day, and the Shepherd family lives in a false kind of hope for a long time, not quite willing to accept that he's gone forever. One day, a group of boys finds a stack of folded clothes — the outfit Jacob was wearing when he was last seen. The clothes are stained with blood.

But not even her brother's disappearance can keep the bullies away from Leah; they torment her for years, speculating loudly about where Jacob's body is buried. "They weren't bad children, were they?" Nahm wonders. "They just wanted to carve their names into something while they were still sharp."

Ancient Oceans of Central Kentucky is far from a conventional novel — it's told in a series of poetic, impressionistic vignettes, moving from the present to the past with little warning. Nahm is equally good at powerful descriptions and authentic dialogue; there's nothing about the writing that's forced or glib. The pacing is perfect — while this isn't a thriller, at least in any traditional sense of the word, it's deeply suspenseful, and it ends where it needs to.

More than anything, it's Nahm's deep sense of place that's most apparent in his novel. His descriptions of rural Kentucky are gorgeous, but he digs far below the surface to portray the real soul of the town. In one remarkable section, he writes, "Crow Station, Kentucky: a girl at the window watching a shift in the shadows, listening to the sound of the night, the glittering dark above her bed, her father's hands having placed the sky there, cracked plaster rivers among constellations of dead boys and girls."

This goes on for nine pages, and it's impossible to stop reading until you've gone through each beautiful line, a beauty that infuses the whole novel, even in its darkest moments. It's not quite enough to call Ancient Oceans of Central Kentucky a book about memory and loss, although Nahm explores those themes gracefully and with real insight. There's no abstraction here, only real people enduring unspeakable pain, two siblings who "were rippling reflections of one another," one who's gone, and one who almost is.