Accessibility links
An Unstoppable Killer: New Research Suggests Cancer Can't Be Eradicated A new study finds cancer affects even simple, ancient multicellular organisms — which means the disease and the deaths it causes may simply be a part of life. 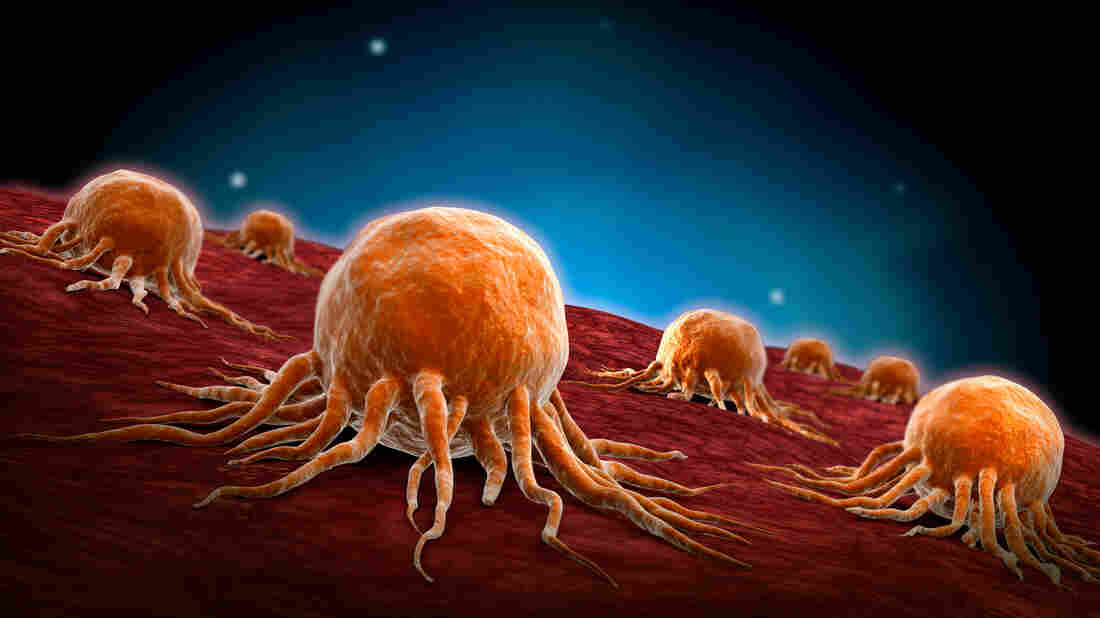 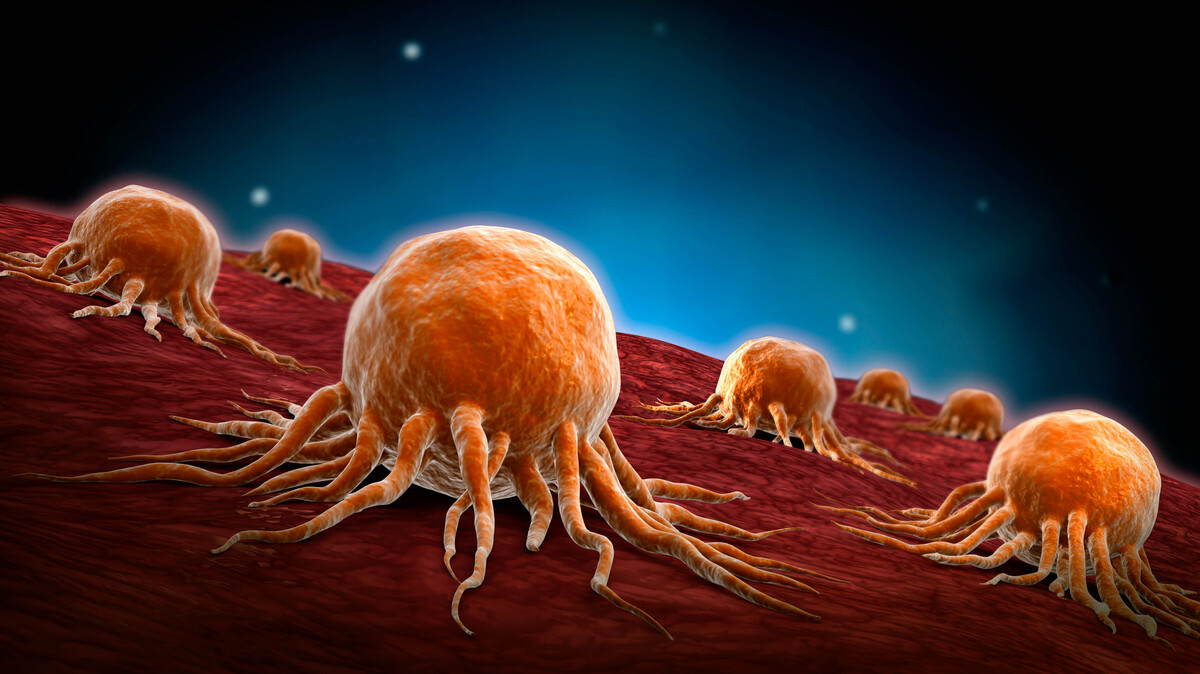 Since Richard Nixon declared war on cancer in 1971, the National Cancer Institute has poured some $90 billion into research and treatments. Yet a cure remains elusive. Experts have plenty of targets for blame, including a flawed emphasis on treatment over prevention, and Big Pharma betting on blockbuster treatments that cost billions to develop.

But a new study raises a sobering possibility: Cancer simply may be here to stay. Researchers at Kiel University, the Catholic University of Croatia and other institutions discovered that hydra — tiny, coral-like polyps that emerged hundreds of millions of years ago — form tumors similar to those found in humans. Which suggests that our cells' ability to develop cancer is "an intrinsic property" that has evolved at least since then — way, way, way before we rallied our forces to try to tackle it, said Thomas Bosch, an evolutionary biologist at Kiel University who led the study, published in Nature Communications in June.

To get ahead of cancer, he said, "you have to interfere with fundamental pathways. It's a web of interactions," he said. "It's very difficult to do." That's why cancer "will probably never be completely eradicated."

Cancer results from DNA mutations that throw a wrench into the molecular circuits that regulate the cell cycle. Unregulated, cancer cells multiply uncontrollably. They also evade a process known as apoptosis, in which cells with genetic mistakes essentially commit suicide.

Bosch and his colleagues have investigated hydra stem cells and tissue regeneration for years. In an earlier study, they showed that these pulsating polyps carry genes that can cause cancer in humans. But, they wondered, did those genes also trigger tumor growth?

Sure enough, they discovered tumor-ridden polyps from two hydra species. Oddly, the tumors ravaged only female polyps. They bred them for five years, generating several clones of each.

To unravel the tumor-causing mechanisms, the researchers observed cell division in hydra with and without tumors. They saw that stem cells programmed to turn into female sex cells, or eggs, divided uncontrollably. They accumulated without being naturally culled through apoptosis — resembling ovarian cancer in women. They then sequenced the tumorous hydra's DNA and discovered a gene that halts apoptosis, and the activity of which runs amok in tumor tissue. Turns out a similar gene hijacks apoptosis in humans and also spurs unbridled cell proliferation.

All this means that cancer genes, and the mechanisms that allow tumor cells to evade death and invade healthy tissue, "have deep evolutionary roots," the researchers wrote. "Any crucial cell in your body can at any point make a mistake," and there's no way to prevent it, Bosch said.

"You carry a time bomb in your body when you're born," he said. "It can explode early in life, or middle age or later."

But, Bosch adds, "that doesn't mean that, with a patient who develops cancer, there's nothing you can do."

While our cells probably always will have the ability to make mistakes that trigger cancer, Bosch believes "medical technology will allow us at early time points ... at least in some cases, to successfully treat and clean a patient completely and forever of troublemaking cells."

One strategy might be to unleash the immune system against these cells. Yervoy, a drug that does just that, eliminated melanoma in 20 percent of clinical trial patients for up to 12 years — and counting. An infusion of Yervoy and a similar drug, nivolumab, has kept some lung cancer patients disease-free for about six years so far. "Their cancer hasn't come back yet. It might never come back," said Ben Creelan, an oncologist at Moffitt Cancer Center. "I think it's the most exciting thing in decades."

And of course, basic research on the evolution of cancer's arsenal remains crucial.

"Knowing your enemy from its origins is the best way to fight it and win many battles," Bosch said.

Our goal, then, if we can't slay the beast, is to learn enough about it that we render it harmless.