Accessibility links
Lowly Worm Is Back! Richard Scarry Jr. Brings Dad's Manuscript To Life The younger Scarry, also an illustrator, found a draft of Best Lowly Worm Book Ever! in his dad's Swiss chalet. He says all that was missing was the final art, "so that's what I did." 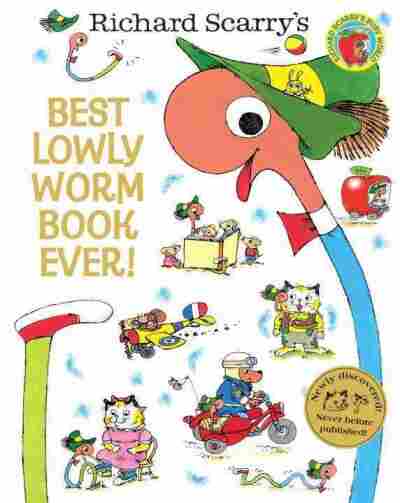 By the age of 5, most of us know the work of Richard Scarry. He wrote and illustrated hundreds of books that introduced children to numbers, letters and What Do People Do All Day.

Through the fantastical and detailed world of Busytown, Scarry taught us what it means to have a job, why we should clean our dishes and how tomatoes at the grocery store are harvested.

Scarry's son, Richard "Huck" Scarry Jr., is also an artist and illustrator. He tells NPR's Scott Simon that he found the manuscript for Best Lowly Worm Book Ever! in his father's Swiss chalet.

"I looked here and I looked there, and underneath my father's desk I indeed found a rather dusty gray portfolio," he says. "And in there, there were a lot of sketches on tracing paper. So it was basically all sketched out and the text had been written — it was done with my father's typewriter and taped down onto the pages. But he never got around to doing the final art and so that's what I did."

The younger Scarry spoke to Simon about his father's legacy.

He came upon the idea of adding a little character that you'd have to find. And this worm didn't have any name at the time, but then he started getting fan letter from readers who are always looking for this worm and making drawings of the worm, because he's rather easy to draw. And so then my father had to give him a name. And what is a worm? He's lowly. ...

[Lowly Worm] is so optimistic and he can do everything. Just because he has this one foot, he can stretch and he can tie himself into knots and he's very bright and funny and he's just a wonderful character. I love working with him. 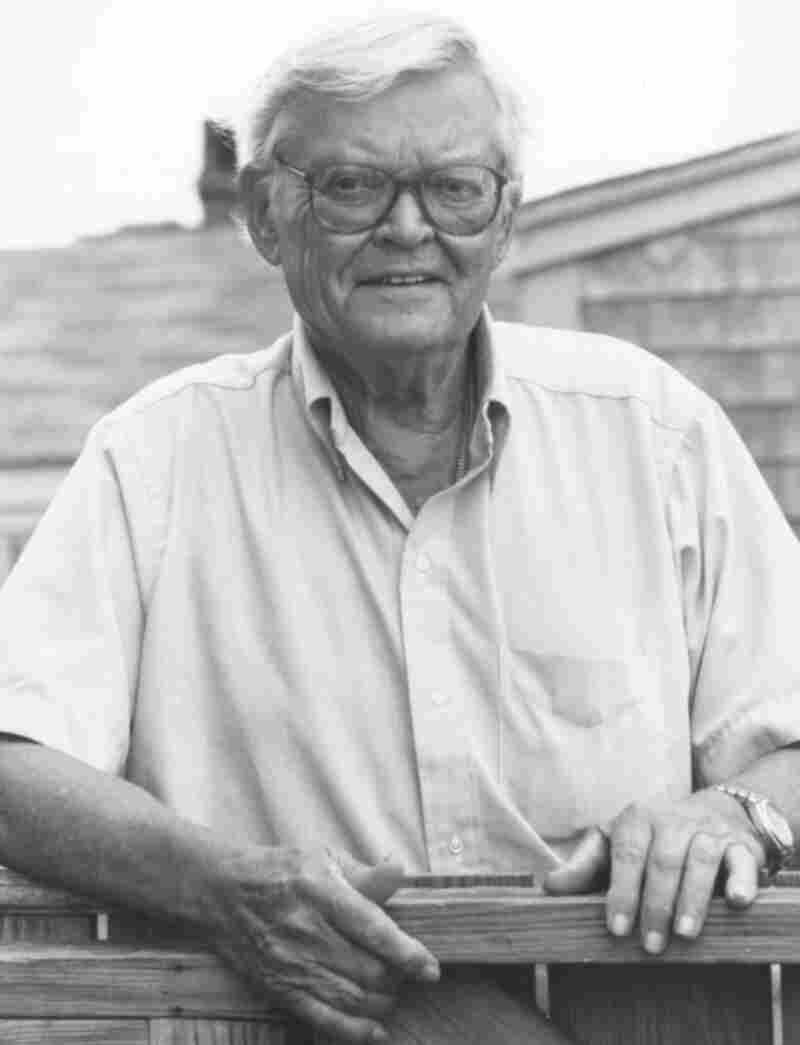 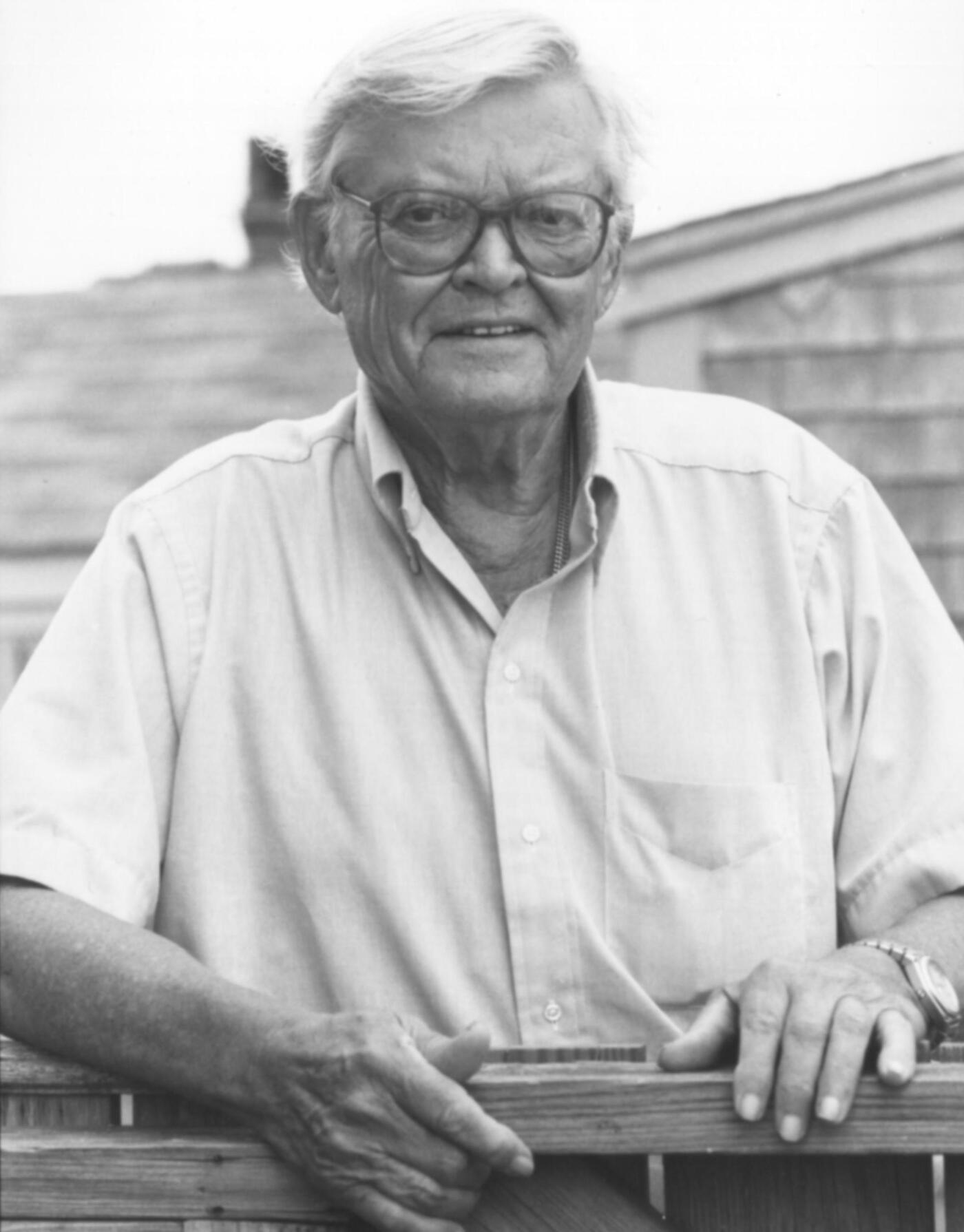 Richard Scarry's books have been translated into more than 20 languages.

I have a lot of editors who are also adults and they put too much thought into things. And you have to allow room for imagination and just let things be as they are. And kids understand that Lowly can kick a ball. They don't care that he can't back up and then run forward and kick it, but he kicks it.

On the elder Scarry's detail-rich style

He loved to put a lot of things on the pages so the children would have a lot to look at, and he also wanted the parents to have a good time. And there are little asides here and there, little wacky things that you just pick up on and find amusing somehow. ... Lowly, of course, just has his trunk and one little foot, and so he wears an underpant — he doesn't have underpants. So a child isn't going to get the joke, but an adult will find that amusing.

On playing in his father's studio as a child

I used to spend a lot of time in my father's studio. It was a magical place. It was on the top floor of our house and it was a great place to lie down on the floor with a big sheet of tracing paper, some pencils or magic markers, and draw away. And he would draw his books and I would draw cars and airplanes and soldiers or whatever else a little boy likes to draw.

On what kind of father the elder Scarry was

He was a fabulous father. I miss him. He died in 1994 and he spent a lot of time with me. And we went sailing or skiing. ... We had a coin collection also, and for $1 you could get a whole roll of 100 pennies and we would crack the roll open and spread it out on the table and we would constantly look to fill in the missing spaces in our collectors' book. We had a great time.