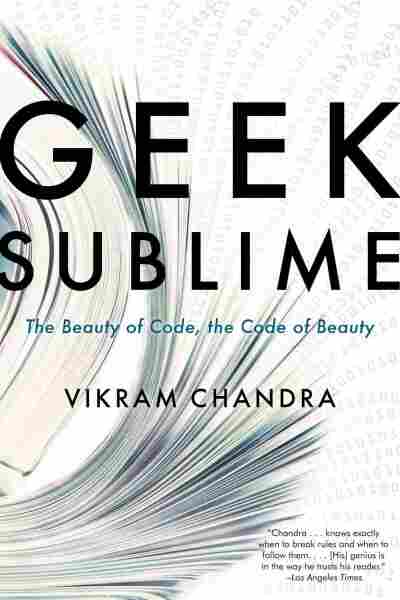 The Beauty of Code, the Code of Beauty

In the 21st century, it's no longer a debate: Geeks rule. From industry to politics to pop culture, those with a quirky, obsessive passion for specialized knowledge are the uncontested leaders in their fields. Two of those notable geeks, Vikram Chandra and Randall Munroe; have written new books — Geek Sublime: The Beauty of Code, the Code of Beauty and What If?: Serious Scientific Answers to Absurd Hypothetical Questions, respectively. The subject and approach of each book is distinctly different, but one thing unites them: the bone-deep belief that science and technology are not only central to our existence, but vital to our understanding of what it means to be human.

Of the two, Geek Sublime takes its mission more soberly. Chandra is the author of three novels, including 2008's sprawling Sacred Games, and he brings his somber, meticulous voice to Geek Sublime. The approach fits his subject matter perfectly; through a series of linked sections that veer from memoir to philosophical treatise, he examines how his parallel careers as a novelist and a computer programmer are both facets of the same discipline: writing. To him, both of them are ways to impose beauty, poetry, and utility on reality — or at least to interpret reality through them. It's a heady idea, and Chandra doesn't dumb it down. At one point he refers to programming as "wizardry," but it's a setup; from there he simultaneously reinforces and explodes the stereotype of the arcane, seemingly magical computer geek.

The spell doesn't always land. Sometimes Geek Sublime feels like a thesis paper, complete with page after page of block quotes drawn from external sources; occasionally it feels like a textbook, pedantic and dry. Luckily, those passages are brief, and the majority of the book dwells on Chandra's gripping personal narrative — born in New Delhi, he emigrated to the U.S. while in college to focus on writing, which eventually culminated in a million-dollar advance for Sacred Games — as well as his sometimes spiritual exploration of computer language, the ancient Vedas, and the way they share so many traits with fiction. In a sense, it's like Zen and the Art of Software Maintenance. "The past and present speak to us in languages we refuse to hear," he proclaims, and it's the book's most succinct statement of intent — not to mention its own well-earned profundity.

What If? comes from a far less lofty place. Munroe is a former NASA roboticist, and his popular webcomic xkcd features a Q&A section called "What If?" where readers try to stump him with elaborate, often bizarre scientific scenarios. Munroe has turned the section into a book, and it works like a charm. In the book's introduction, he calls it "a Dear Abby for mad scientists," and that just about sums it up: Like Bill Nye using stick figures to illustrate his points, Munroe addresses a head-scratching array of reader-submitted conundrums, from "What if I took a swim in a typical spent nuclear fuel pool?" to "If someone's DNA suddenly vanished, how long would that person last?" In that way, his readers are like co-authors, and that participatory feel makes What If? catchy and approachable. 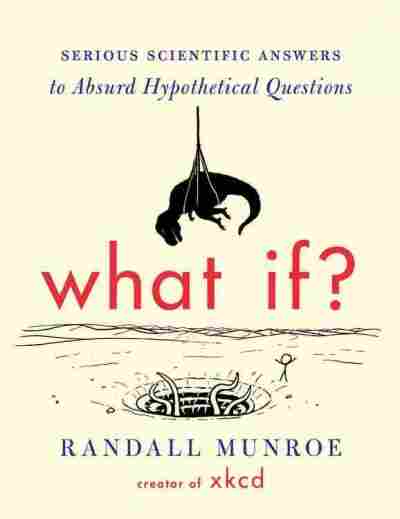 Munroe subtitles his book Serious Scientific Answers to Absurd Hypothetical Questions, but his answers aren't as serious as he claims. There's plenty of scientific rigor behind his elaborate explanations — he often dives into the nitty-gritty detail of physics, genetics, and statistics — but he punctuates them with sly humor and winningly primitive cartoon diagrams. There's a recurring segment called "Weird and Worrying Questions from the What If? Inbox" (sample question: "Is it possibly to cry so much you dehydrate yourself?" — Karl Wildermuth; Munroe's reply: "Karl, is everything okay?") that further lightens the already breezy tone. Many of the questions list toward the apocalyptic, so Munroe ends the entire book on a punch line that acknowledges and dispels all that dire subject matter without ignoring the scope of the his readers' fears.

If geeks have indeed inherited the Earth, as the rise of geek culture seems to prove, why is there a need for books like Geek Sublime and What If? Each book is excellent in its own way, but Chandra answers the question best: Instead of going on the defensive to justify why geeks do what they do, or trying to convert readers to the cult of geek, he simply seeks to be understood.

This underlying urge for empathy and connection is what makes Geek Sublime and What If? a cut above so many popular science and technology books. It takes authority to write like this, and these two authors have authority in spades. But it takes a rarer talent to treat the layperson with not just respect, but with intellectual generosity and infectious enthusiasm. Chandra and Munroe not only invite you into their own geek worlds, they make you want to stop, visit, and ponder for a while.